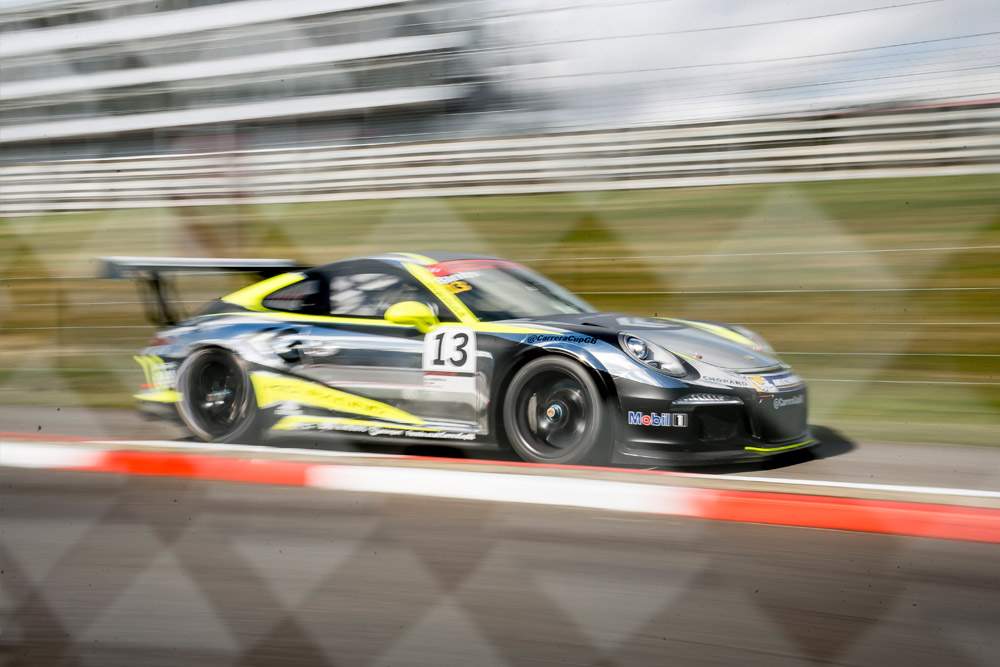 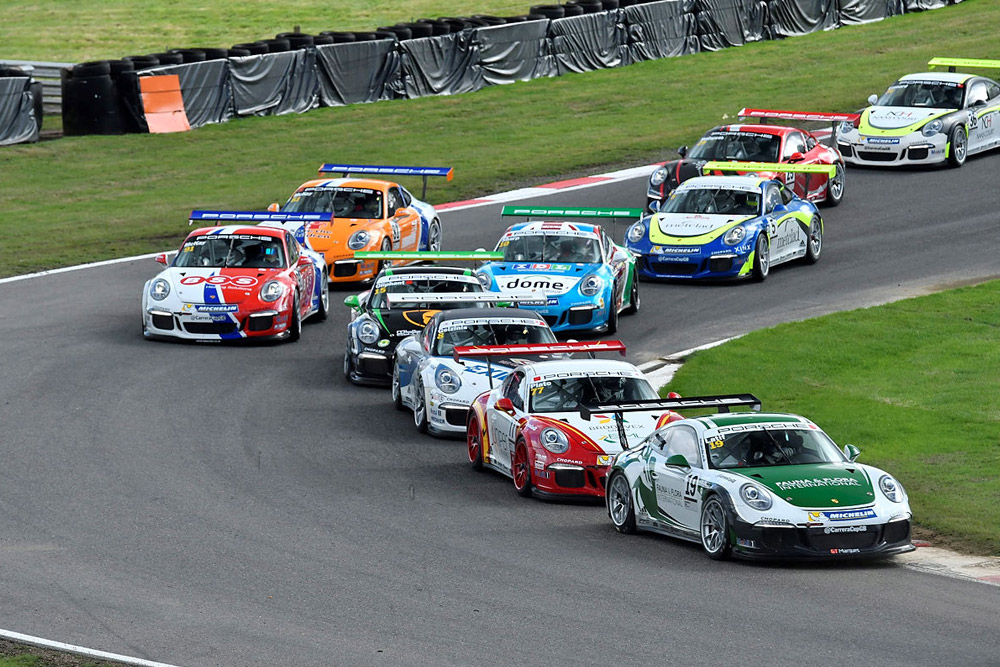 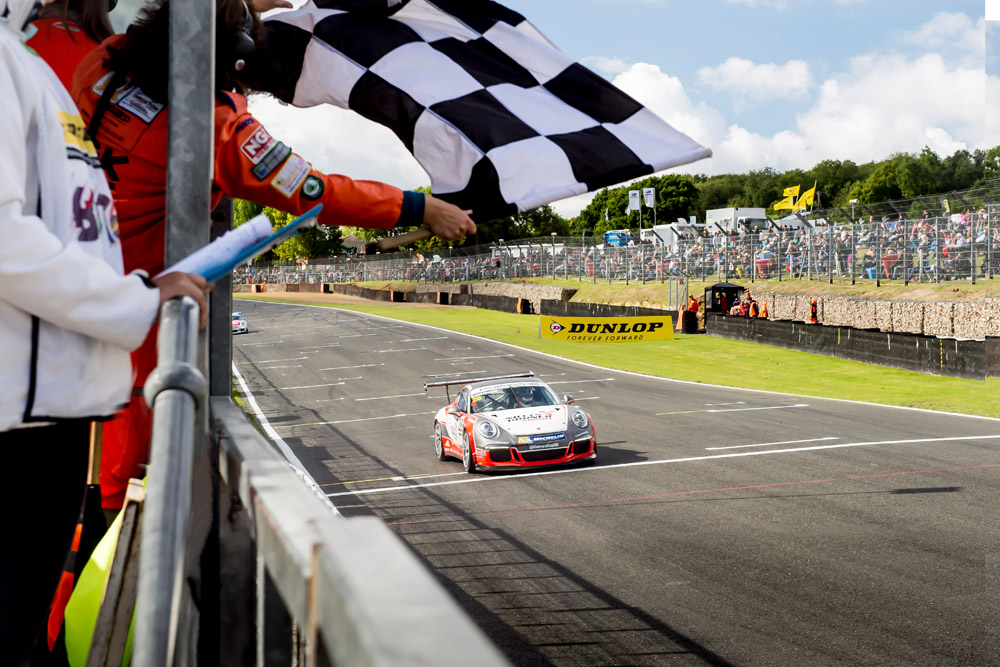 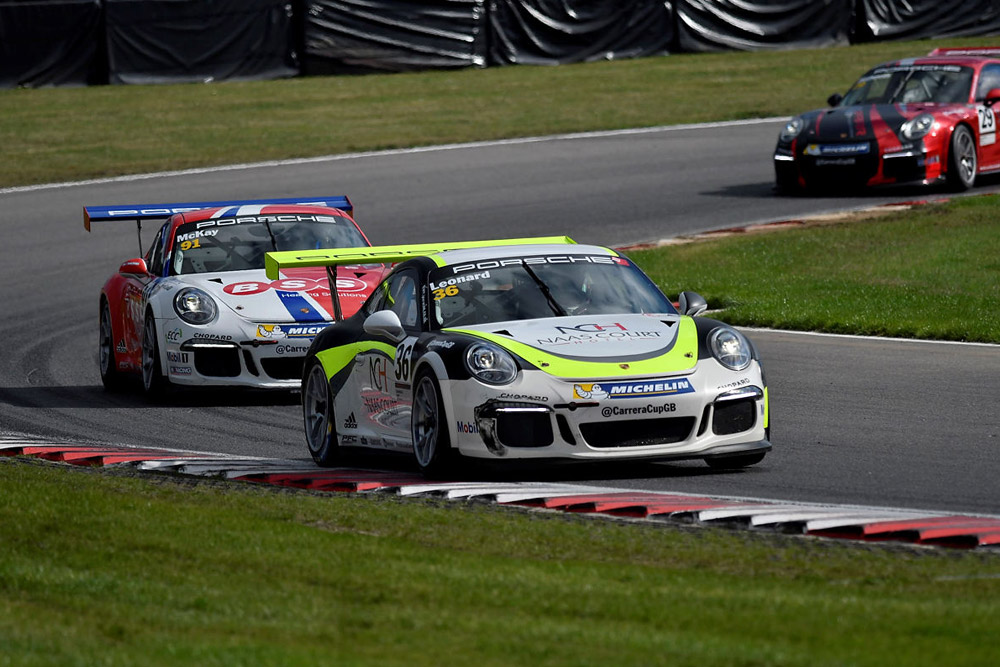 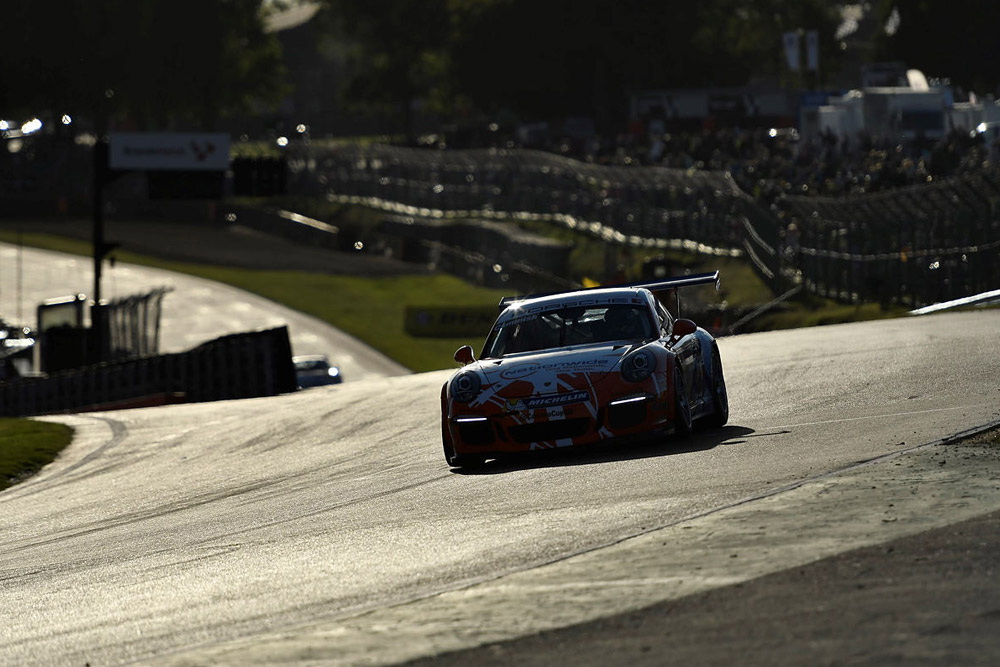 After rounds 13 and 14, Dan Cammish (Redline Racing) became only the third driver in Cup GB history to secure back-to-back championships. At Brands Hatch after rounds 15 and 16, he became the first ever driver to win 12 races in a season, a win in round 16 a fitting way to end his year and establish a dominant legacy.

Looking to begin his own chapter in the history of the championship was Charlie Eastwood (Redline Racing), the 2016 Rookie champion tasting the champagne of victory for the first time and underlining a strong debut season.

The final championship of the 2016 was won in the last race, fifth in round 16 enough to secure Tautvydas Barstys (Juta Racing) the Pro-Am2 title.

After the difficult conditions in qualifying, Charlie Eastwood converted his hard-earned pole position into a maiden Cup GB victory on a dry track.

Leading away from the rolling start, the GB 2016/2017 Scholar was shadowed by the returning Daniel Lloyd (IN2 Racing) all the way to the flag, despite an early safety car period bunching up the field. In the end a delighted Eastwood’s winning margin over the 2012/2013 Scholar was just over a second:

“It’s unbelievable and has been a long time coming. We’ve been chipping away at it all year. We got a good lap in qualifying and controlled it away from the lights. We had Dan Lloyd between us and the pack behind, which gave me some breathing space as well. Going into next year it gives us such a boost to hit the ground running.”

The second row was shared by Dan Cammish and Dino Zamparelli (GT Marques), the two season-long rivals battling almost every time into Druids. Zamparelli made a pass for third on the first lap at the hairpin before being repassed by Cammish at the same corner on lap six. The scrap was decided just a few laps later when the 2016 champion made a rare error and spun down to 12th. Zamparelli was able to hold onto his third place despite a late race charge from Tom Oliphant (Team Redline).

Oliphant had made his way through the field to challenge for his second successive podium, making a signature move around Alessandro Latif (GT Marques) which left Latif focusing on his successful defence of fifth from Tom Sharp (IDL Racing) who recovered well to claim sixth.

Also recovering well was Cammish, the double champion taking fastest lap by over half a second to finish in eighth. Just five seconds behind was Euan McKay (IN2 Racing), the 2016 Pro-Am1 champion back to his winning ways with an impressive Karl Leonard returning to the championship to split the McKay brothers on the track.

However, as a guest driver Leonard may have taken the champagne, but the second place points went to Dan McKay (IN2 Racing) and those for third to Sean Hudspeth (Parr Motorsport), which left the championship battle for second in Pro-Am1 to be decided in the final round.

Also to be decided in the final round was the battle for the Pro-Am2 title. Mark Radcliffe (Intersport Racing) took a strong win to reduce the points gap slightly, but leader Tautvydas Barstys (Juta Racing) emerged in second place with eight points in hand over Peter Kyle-Henney (Parr Motorsport) who fought his way onto the podium and took fastest lap in the process.

In a fitting finish to the 2016 season, champion Cammish lined up on pole position with season-long challenger Zamparelli next to him. The two protagonists fell into line astern at the start and even a mid-race safety car period could not prevent Cammish from taking a dominant win to make Cup GB history - 12 wins in a single season.

Zamparelli had to make an early defence from Eastwood and Jonas Gelzinis (Juta Racing), the Lithuanian muscling his was past the round 15 winner at Westfields to take third. Behind, Lloyd looked at taking the opportunity to follow Gelzinis through, but with two wheels on the grass slid back into fifth.

In a move that was almost a replay, Eastwood went on to take Gelzinis back at Westfields, with Lloyd again thwarted in his bold efforts to capitalise. Oliphant came out ahead in a race-long battle with Sharp for sixth, while Stephen Jelley (Team Parker Racing) managed to slip past the second-placed Rookie Lewis Plato (Team Redline) for seventh.

In Pro-Am1, Dan McKay fended off Leonard to take the win with Euan McKay rounding out the podium, the trio separated by less than a second at the flag. The win was enough to secure Dan McKay second in the championship behind his brother, cementing a superb run of form in the second half of the season.

The Pro-Am2 championship fight went to the wire, Radcliffe taking another win with Shamus Jennings (G-Cat Racing) in second, just a fraction ahead of Peter Parsons (Car Loan Centre) who took his first podium of 2016 in the final round.

Kyle-Henney passed Barstys for fourth, but could make no further progress which left a delighted Barstys to be crowned 2016 Pro-Am2 champion.