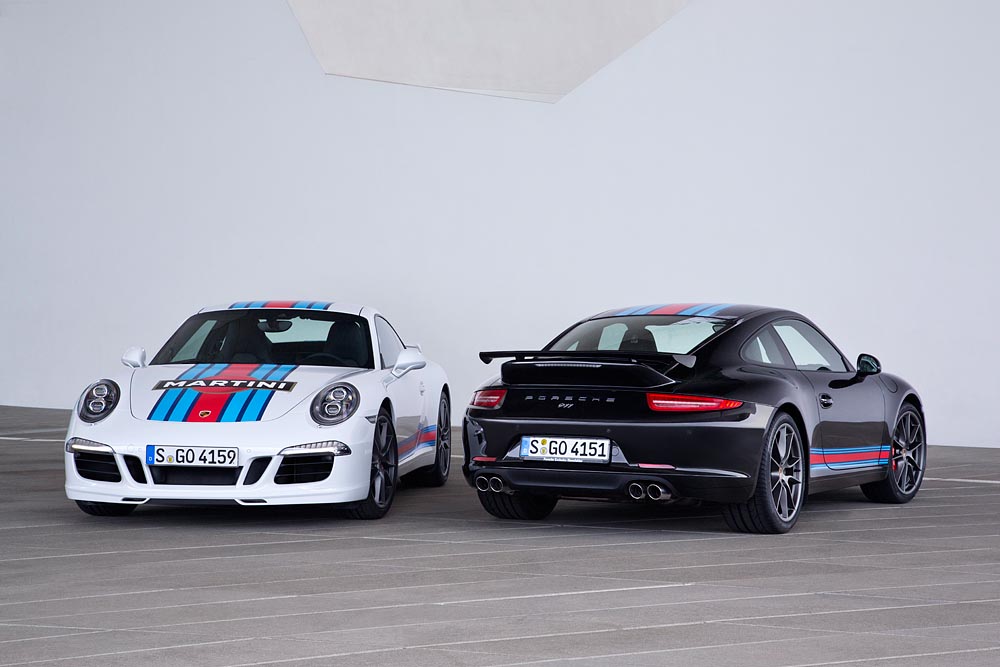 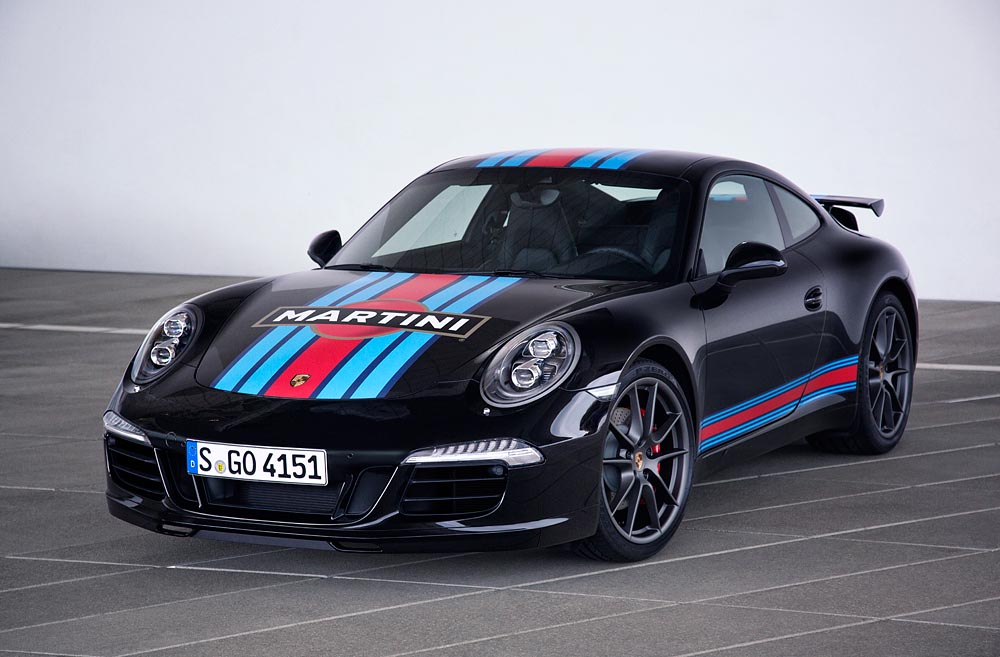 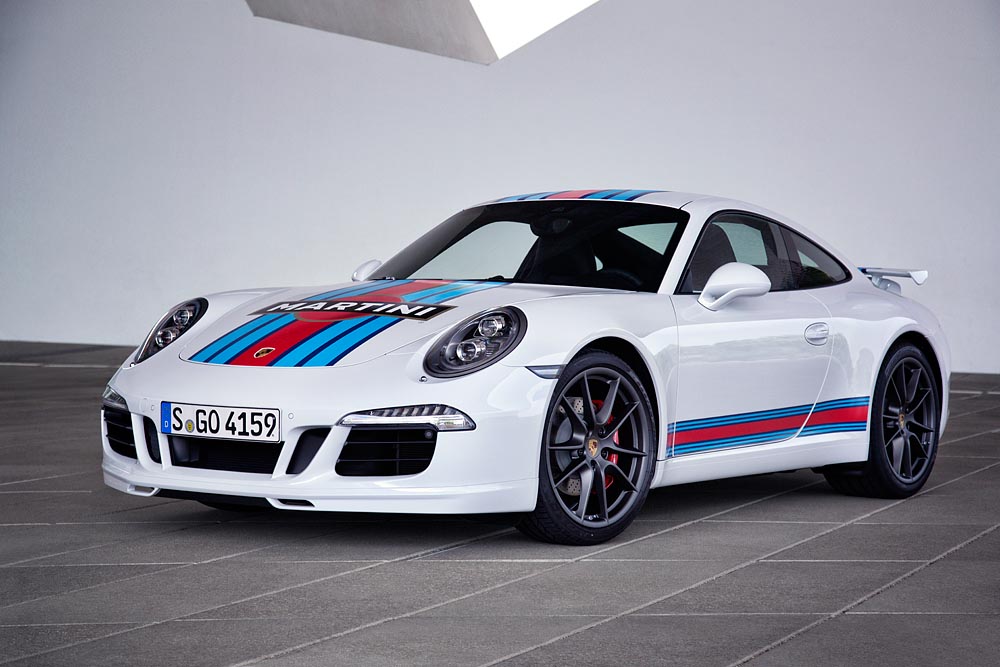 Stuttgart. is issuing the "Martini Racing " of the 911 S to coincide with this year’s 24 hours of Le Mans race. Marking the return of to endurance motorsport is a limited edition 911 in traditional Martini racing design, which reflects the styling of race cars of the 1970s. The 911 S pays tribute to the successes of the legendary Le Mans race cars such as the 917 and the 935 “Moby Dick”. The special edition is limited to 80 units and will be exclusively sold in select markets of Europe, in China, Japan and in Latin America. For select 911 models, Tequipment will be selling the exclusive Martini decal set as an aftermarket kit in Germany and other markets.

The "Martini Racing " of the 911 S is available in the monochrome body colours white and black. The boot lid, roof section, rear wing and vehicle's sides are accentuated by the "Martini Racing " decor set with the characteristic blue-red Martini colour pattern. The special front apron of the Aerokit Cup has an optimised spoiler lip which gives the vehicle an even more distinctive appearance. The aerodynamic counterpart is the fixed rear spoiler of the Aerokit Cup, which rounds out the car's sporty look.

When entering the car, the stainless steel door sill panels with the red illuminated "911 S – Martini Racing " badge already identify this car as an exclusive limited edition. The interior package includes dashboard accents in body colour with the "Martini Racing " badge. The Martini also has a sport design steering wheel and the Sport Chrono package as standard. The extensive standard equipment is complemented by such features as Communication Management (PCM) with navigation module, a sound system, tachometer with black gauge dial and all-electric sport seats in black leather.

The heart that beats in the Martini is a 3.8-litre flat six-cylinder engine with 400 hp. This 911 matches the level of dynamic performance of the regular 911 S: The car accelerates to 100 km/h in 4.1 seconds with a PDK gearbox and activated Sport Plus button. Its combined fuel consumption, on the other hand, is familiarly moderate at 8.7 litres per 100 km (CO2 emissions: 202 g/km).

Starting in June 2014, the 911 S “Martini Racing ” will launch in the European markets of Netherlands, Italy, Spain, Poland, Ukraine, Czech Republic, Cyprus, Finland and Great Britain. Starting in August 2014, the special edition will also be available in China, and from October 2014 in Japan and in Latin America.