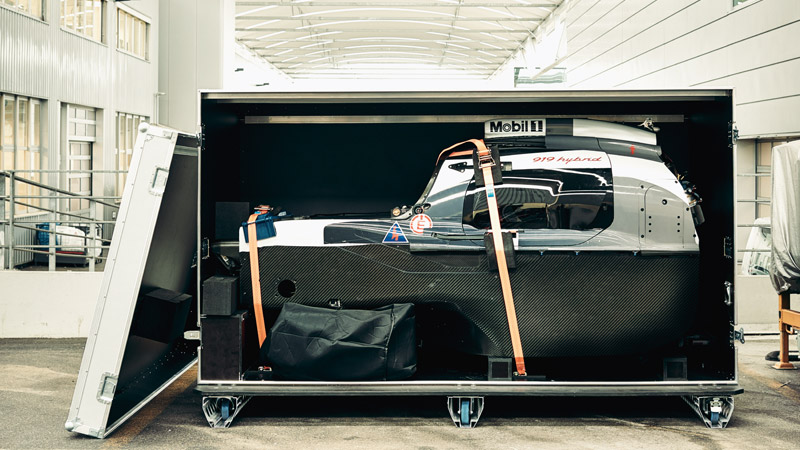 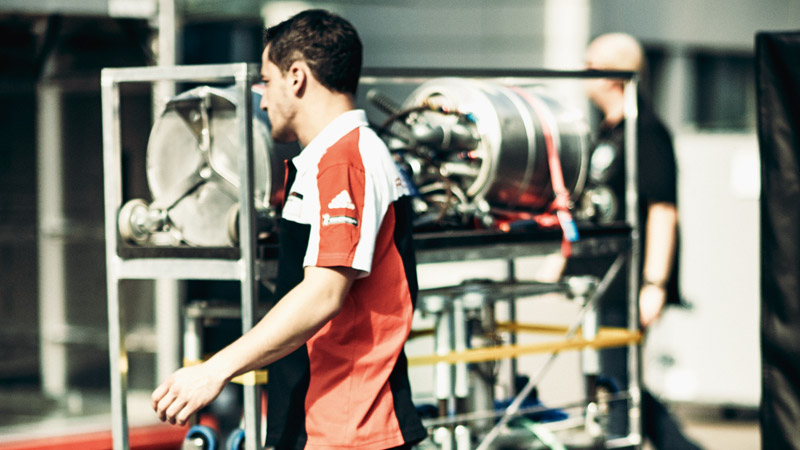 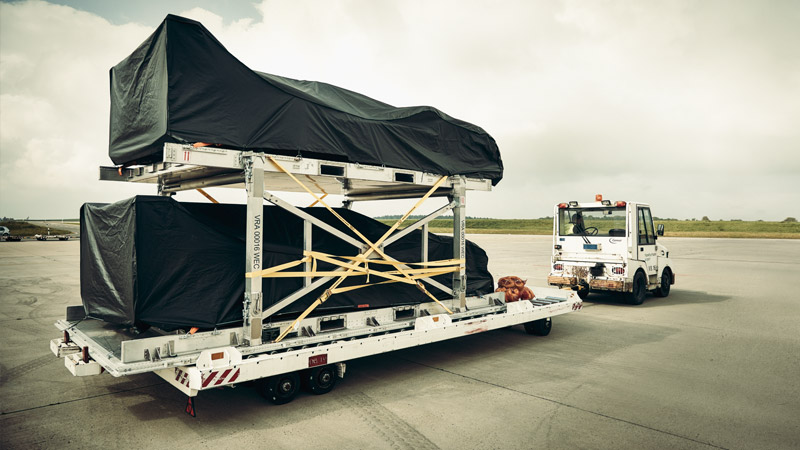 Michael Antl and Markus Bürger make the system work. Antl is in charge of the storehouse and preparation. He ensures that all requisite automotive spare parts go onto the cargo list, including documentation of their state of development and their mileage. Therefore, it makes sense that he is also in charge of sending replacement parts back and forth between the overseas races. For example, the two-liter four-cylinder engines need to be sent back to Weissach for inspection. “We did that for the first time in the WEC in 2014,” he says. “The individual components all have specified service lives, which means you can plan ahead. But you also have to be flexible in order to deal with defects or accident damage.” You have to be able to envision future scenarios, which can also mean reserving open-jaw flights between the races. These shipments are not sent by chartered aircraft, but rather in the holds of ordinary commercial airliners. 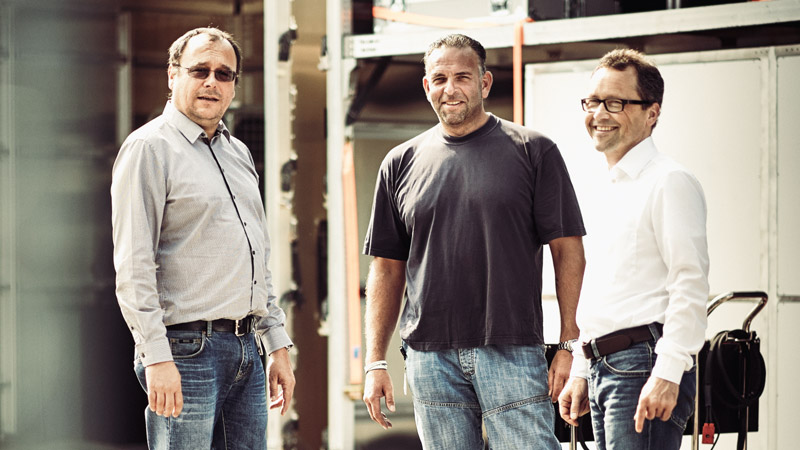 These three men make it happen: Urs Kuratle, Markus Bürger, and Michael Antl (from left) are in charge of packing in Weissach. 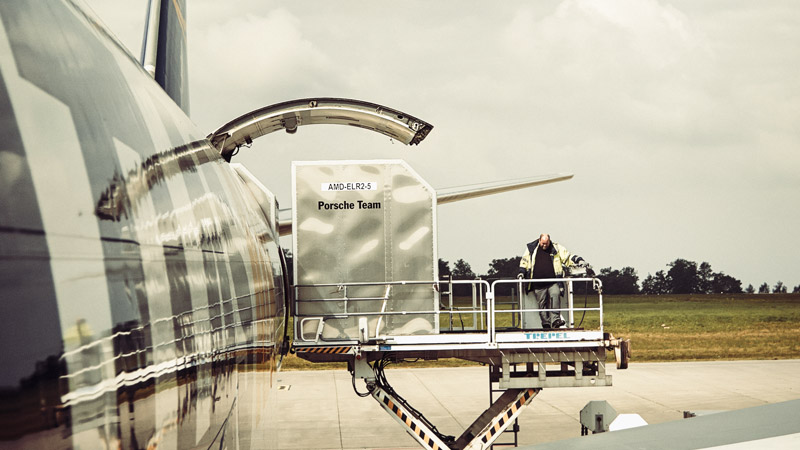 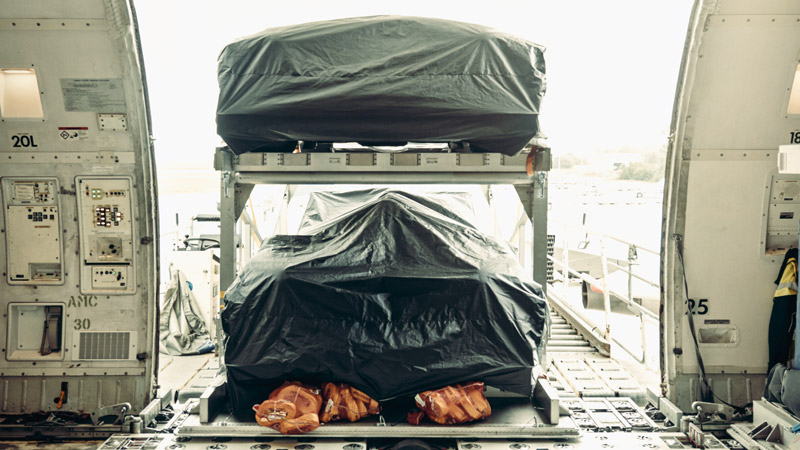 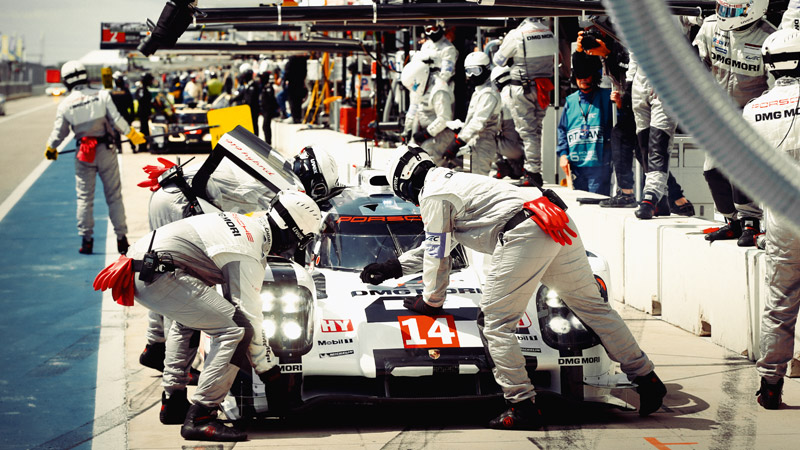 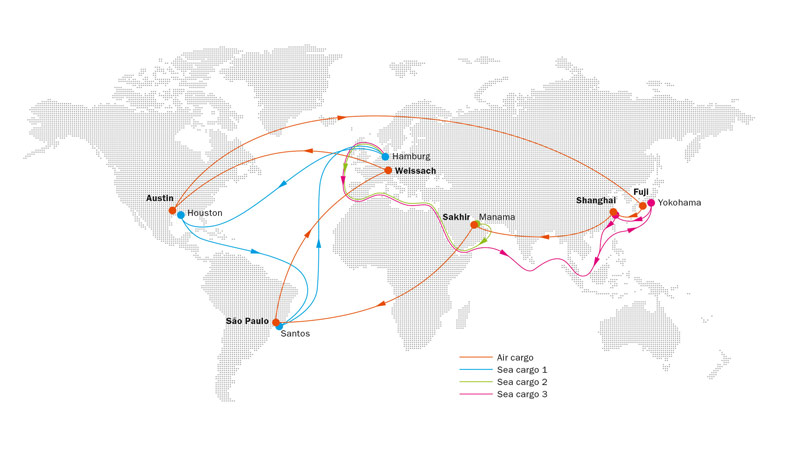