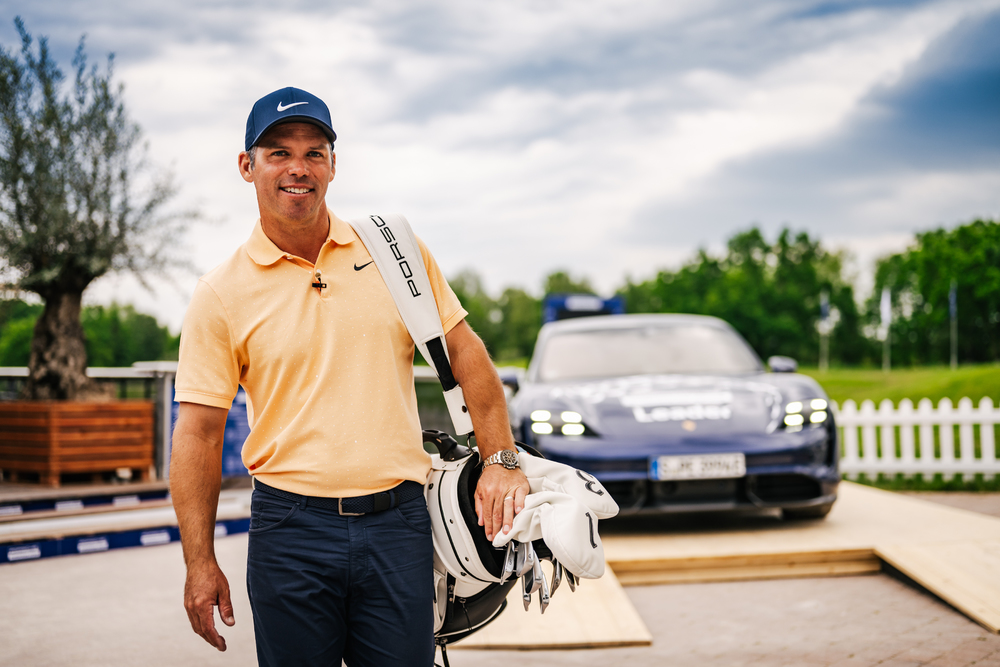 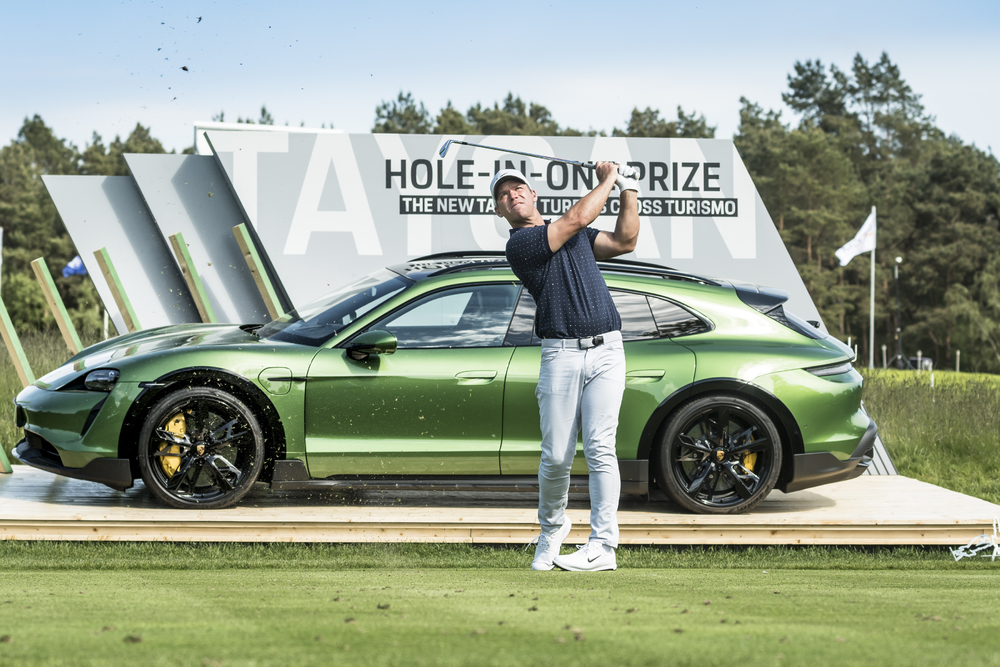 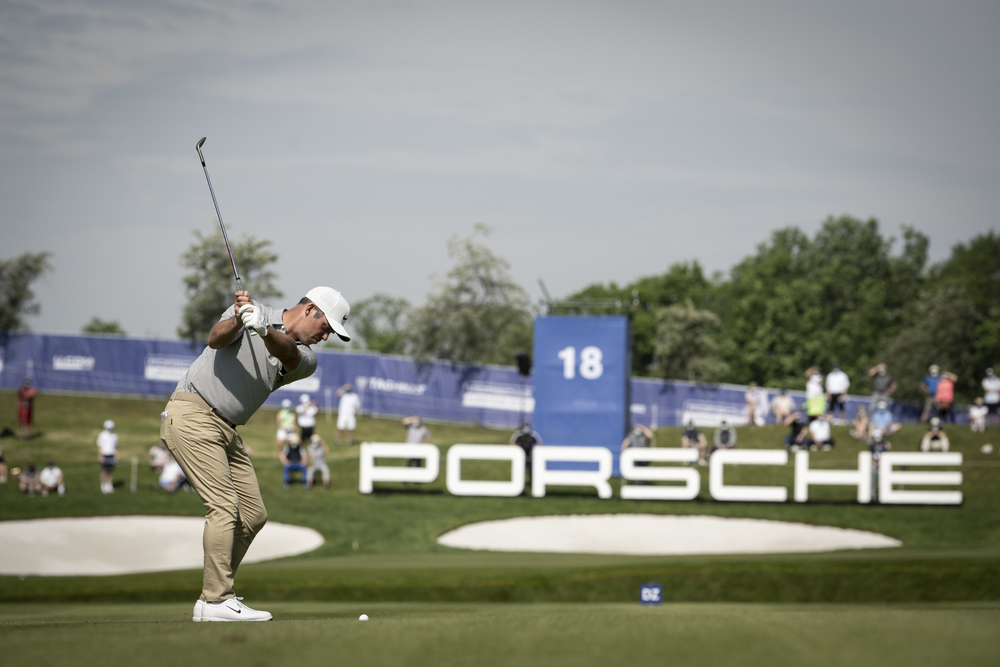 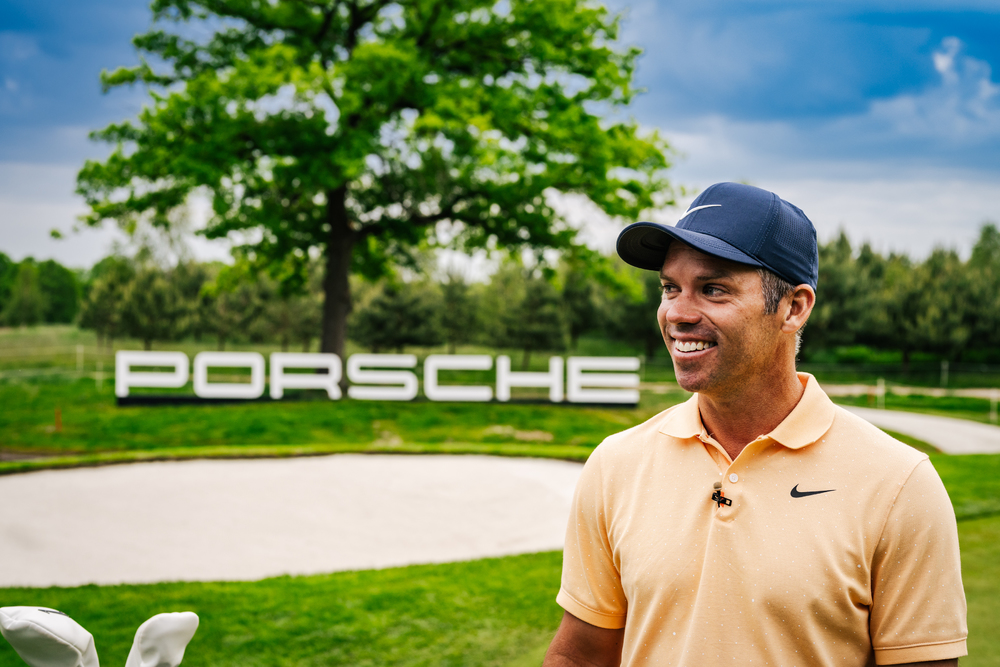 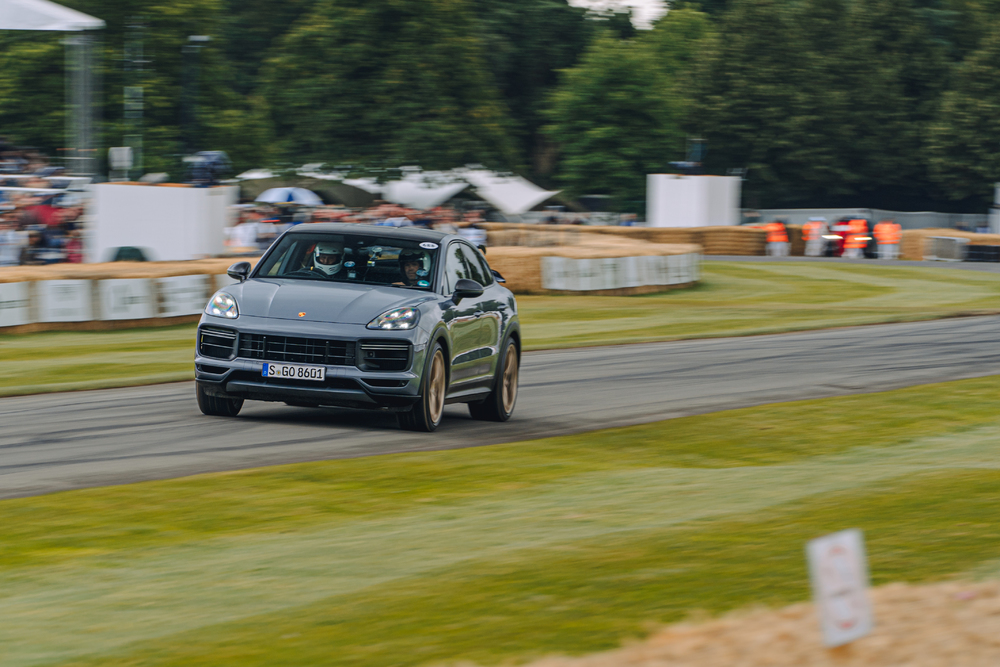 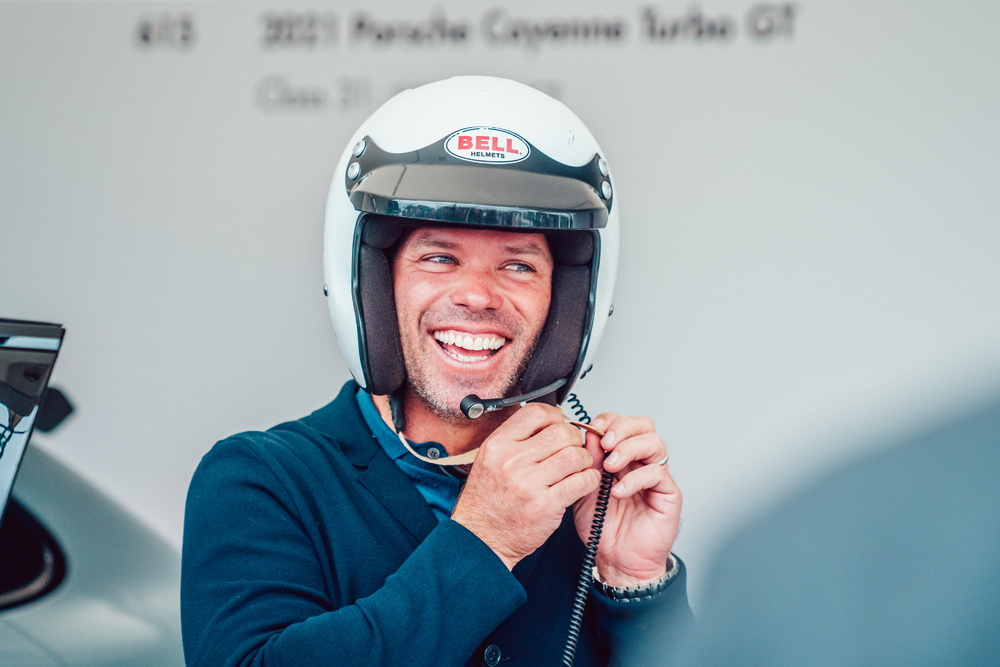 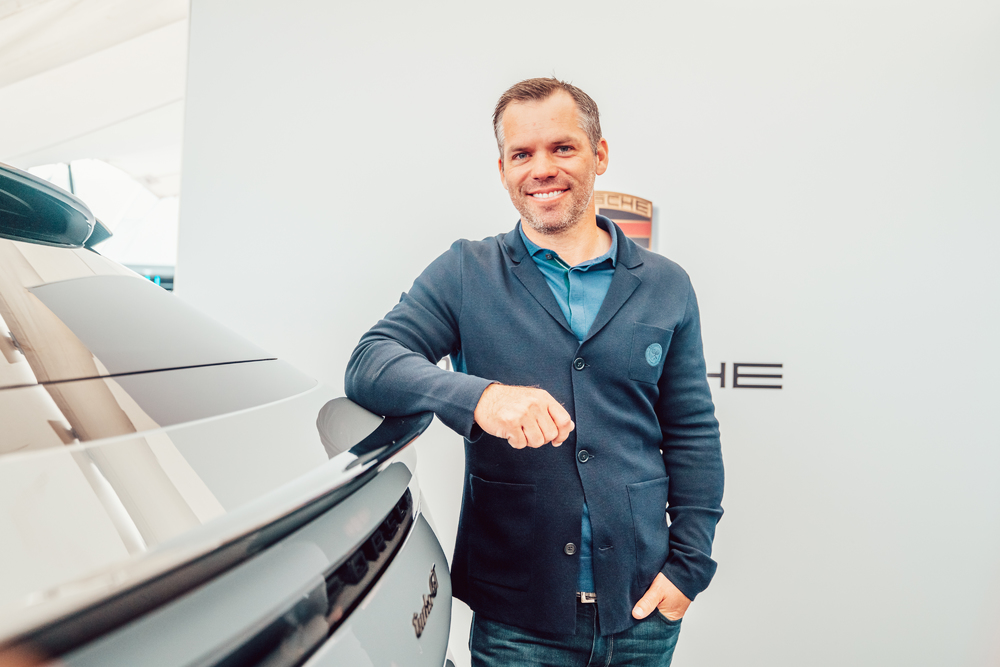 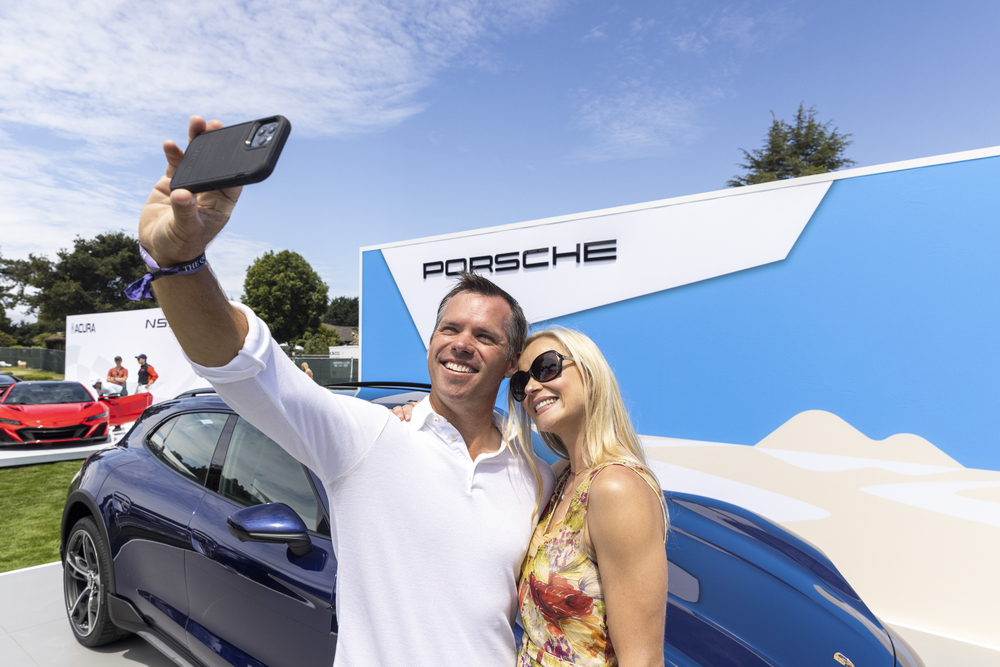 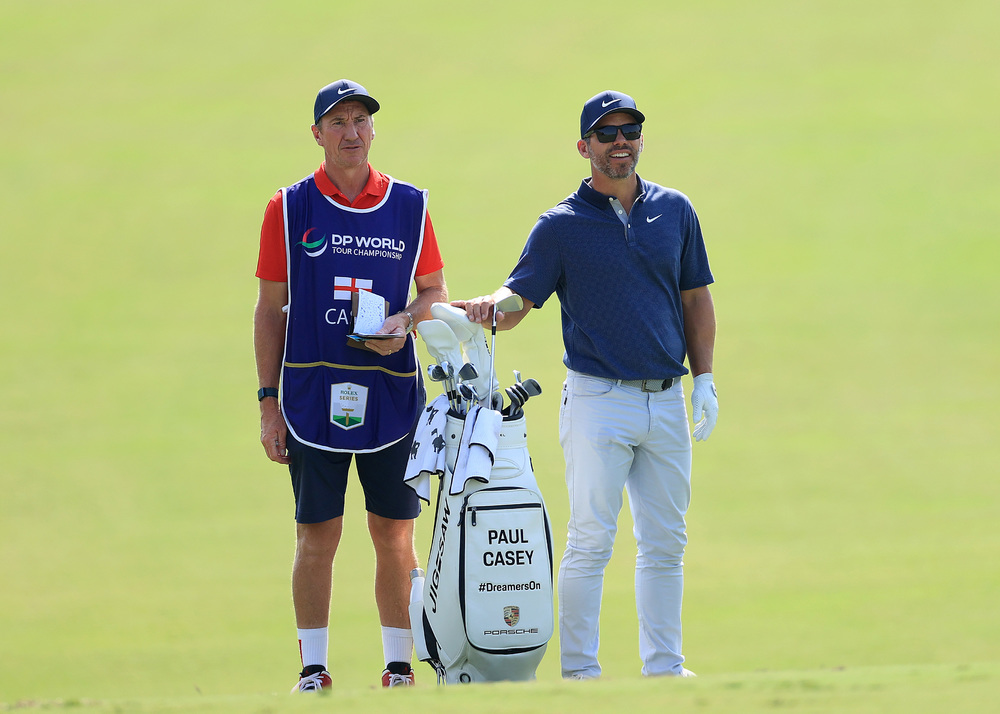 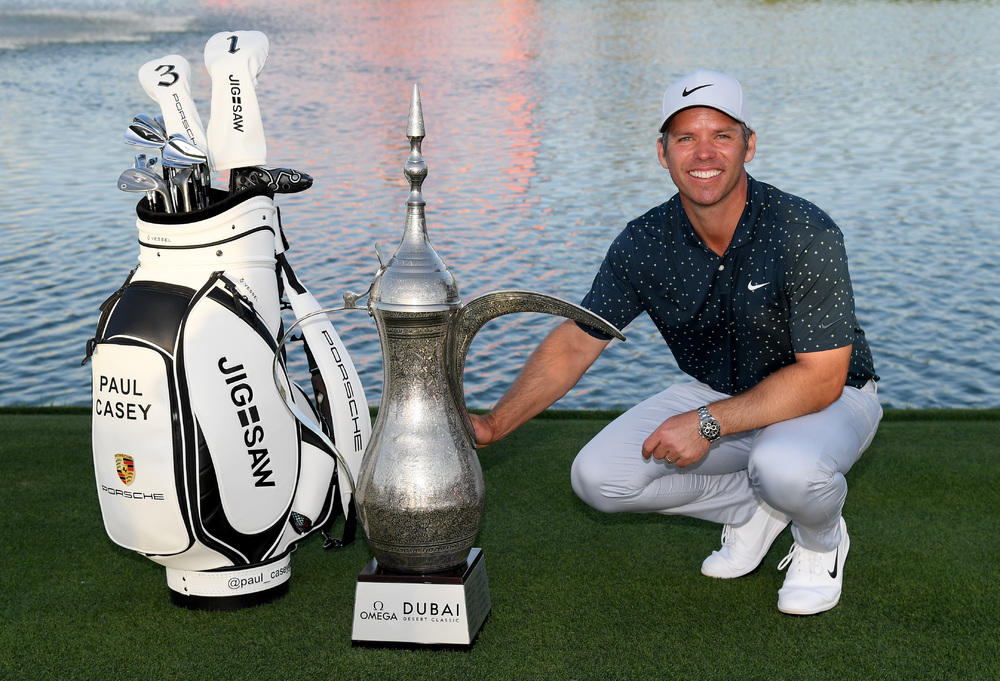 Stuttgart . From a golfing point of view, Paul Casey began 2021 in outstanding fashion. The win in January on the European Tour in Dubai was his 20th as a pro – a special landmark for the five-time Ryder Cup player. The good results at the start of the year were followed by a season full of highlights: four majors, the European Open as the defending champion, the Olympic Games in Tokyo and the Ryder Cup in USA. In a Newsroom interview, the 44-year-old Englishman speaks about the special year, the frustration at failures, the influence of the crowds, mental health in sport and he explains why his role as a Brand Ambassador means so much to him.

Paul, a year with many big golf events is drawing to a close. You had the luck of being involved in all the highlights. Four majors, the Olympics, the Ryder Cup plus your appearance at the European Open. What will you take away from 2021?

We athletes are always looking for success, victories. But now looking back, there’s the Olympic Games in Tokyo and the Ryder Cup in Whistling Straits – two events in which I wasn’t so successful. Even so I have fond memories of them. I unfortunately wasn’t able to defend my European Open successfully. But you know what, they’re all highlights for me. And everything that happened even outshines to a certain degree my win on the European Tour at the start of the year in Dubai.

It’s obviously not all about golfing success. The memories that remain also count. It’s the same both in sport and in life. Some experiences are irreplaceable – the first tee shot at the Ryder Cup, the opening ceremonies at the Ryder Cup and the Olympics. What it all does to one is something that’s very difficult to explain to outsiders. Being able to represent my country at the Olympics, which only comes round every four years, is something that means a lot to me and always was a lifelong dream. And experiencing Padraig Harrington as the Ryder Cup captain was an honour. For me, he was the best captain I’ve ever had. It sounds bold when one thinks that have never lost by such a big score as we did this year. But that’s the way it is. As for team spirit, it was the best team I’ve ever been a part of. Results are important but this time around Team USA was simply phenomenal. It therefore remains a year with fewer titles than hoped for, it’s one full of wonderful memories and highlights away from the pursuit of trophies.

Has the appreciation of such experiences away from tournament standings increased over the course of your career?

On the one hand, for sure. But don’t get me wrong, losing still hurts just as badly. Even more so as opportunities are also becoming fewer with age. It’s all about balance. At the Olympic Games, I just missed out in the play-off for the bronze medal and finished fourth. I was so upset. And defeat with Europe against USA in the Ryder Cup was painful. When I was young, I was simply angry. Now I get annoyed over the result and the fact that I no longer have so many chances. But there again one also reflects on things and there’s the knowledge that I should enjoy everything whatever happens.

It should not sound as if you are sitting back?

After more than two decades on the Tour, what excites you about your profession?

The atmosphere that the crowd can generate at a tournament. Golf without a crowd is a hollow version of the game. It’s entertainment after all. Sometimes I get the feeling that I as a pro golfer am putting on a show. Differing golf events have differing feels. It’s very special. But for it to be that way, people have to be lining the course. It just didn’t feel right without crowds. It’s unbelievable that they’re back. And the fans are louder than they’ve ever been before. I like it. And my golf is also better with the fans. I thrive on pressure and adrenalin.

After about a 20-month break, spectators returned to a tournament course for the first time at the European Open. How did you experience the event?

It was naturally a shame that I couldn’t defend my title successfully. But I tip my cap to everybody involved in making the tournament possible in these difficult times. And it was brilliant that spectators were able to be a part of everything. I could have done with a few more (laughs). In the end it wasn’t quite enough. The first day was simply not good enough. But that’s golf, the little details one can’t explain. In Hamburg, I started off a little slowly, like so often when we didn’t have capacity crowds. I play better when under pressure. And the Nord Course is a tough test. If you lose a little bit of concentration, then it’s followed by blunders. I hope the conditions this coming June will allow for big attendances and more interaction with other lovers and I’m already looking now forward to the incredible atmosphere. The European Open is getting better with each year. And I have the feeling of having unfinished business with the tournament. I would just love to win once again on the challenging course, it’s one I really like.

What have you learned this year?

The start to the year was very good. But my level dropped. I had too little time between the tournaments to work on my game and reenergise – physically and mentally. I’ve therefore learnt that I have to plan my tournament schedule better. One other thing that I’ve discovered is that the motivation is still there. The older I become, the more determined I am to beat the younger golfers. I’ve already begun this season to put together plans because I’ve told myself that it’s not good enough. I’ve written down some aims and ideas for 2022 in my yardage book. It’s a good sign. If the performance levels would disappear and there was no motivation to fight back, then it’d be pretty disappointing. I’m happy that I’m looking forward to the coming year. Something that is also down to me hoping to once again enjoy the unique experiences involved in being a Brand Ambassador.

I spent some time away from the golf course doing things I love. It’s something that made the year very special. One of the best experiences was the Goodwood Festival of Speed, specifically the hill climb – such a historical event. And there I was sitting in the passenger seat of a GT on a very slippery hill climb course. Looking back on the experiences, I have to pinch myself and ask, “Hey just how cool is this?” And perhaps I’ll be sitting there some day when my golf career fades away in the driver’s seat because I want to spend more time behind the steering wheel anyway. Yeah, it’s definitely one of my highlights this year. Travelling around as a part of the family is for me personally always an amazing experience. And I’ve already got plans for 2022 that I’d love to tackle with .

How about letting us in on the plans?

There’s something the really scares me. But I find it incredibly fascinating. Driving around the Nürburgring Nordschleife besides Kevin Estre, the works driver. It’d be at one and the same time awful and fabulous (laughs). I’d also love to go along to Le Mans. I’m basically really keen on motorsport. It lies in ’s DNA, the cars belong on the racetrack.

Your caddie John McLaren will take time off in the coming year due to psychological challenges caused by the pandemic. You’ve quite rightly called him very courageous. What impresses you in particular?

Johnny will take a six-month break starting March. He’s mentally exhausted and will now recharge his batteries at home with his family. I applaud him for being so honest after 30 years in the job and having to cope with the corona challenge. I also applaud him for recognising, for example, that the worry waiting on a Sunday night after a tournament for a test result that might mean him not being able to travel back to his family is simply too much. Johnny has now said what is going on in his mind and I find it super that he’s done so. Being openly honest on the Tour is not always a given, it’s still rare. Several players and caddies have reached out to us, have congratulated him and asked if they could talk to him as they also have problems. It’s worrying and something I didn’t expect.

Can the step ring in a change?

I hope so. The decision shows that we have to talk about it and it’s not a sign of weakness when we do talk. Athletes often have a problem with weaknesses. For many, sport stars are still seen as big heroes that shine under pressure and that they have no flaws. But it’s so far from the truth. The only thing that’s different is that we just happen to be good in a sport. The knowledge helps. And it’s the same in other sports in which the pressure athletes are under is far, far higher. If you think of the mental strength that a footballer has to have when missing a penalty at a World Cup. I can imagine the stress must be brutal.


in golf
has been the title sponsor of the European Open, a DP World Tour (formerly European Tour) event, since 2015 and has been involved successfully in professional golf with automotive partnerships at tournaments on the Asian and DP World Tour since 2019. has also been organising the Golf Cup for more than three decades. The tournament series is one of the company’s most successful customer events. First held in Germany in 1988, the Golf Cup has developed into an international event in which 17,000 customers competed at 261 worldwide qualifying tournaments the last time it was staged. Also highly successful is the Golf Circle, an international and app-based community for keen golf-playing customers that was launched in 2017.

Brand Ambassador as a part of the family
As the first ambassador from the world of golf, Casey complements the family. In tennis, it includes the exceptional Maria Sharapova as well as the top two current German players Angelique Kerber and Julia Görges. Also from the world of sport, the football World Cup winner Sami Khedira is active as the ambassador for the junior development programme. Others representing the sports car manufacturer’s company and product communication are the German rally legend Walter Röhrl, the Australian Endurance World Champion Mark Webber, the two-time Norwegian Olympic Champion Aksel Lund Svindal as well as the actor Richy Müller. Two former works drivers have recently joined the circle of Brand Ambassadors – GT specialist and development driver Jörg Bergmeister as well as the two-time Le Mans winner Timo Bernhard.