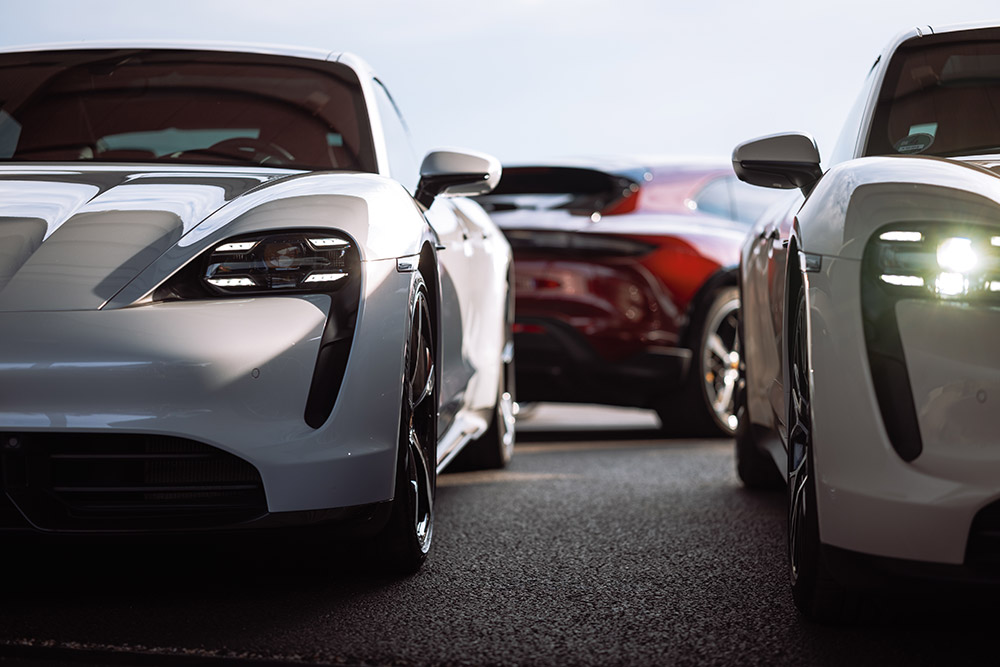 deliveries up by 13 per cent worldwide in the first nine months of 2021, with NEV models enjoying strong sales in China Pre-Owned Cars and Financial Services make great strides in China in the third quarter

Between January and September 2021, delivered 217,198 vehicles worldwide, up 13 per cent year-on-year;
Over the last three quarters, delivered 69,789 vehicles to Chinese customers, representing an increase of 11 per cent compared with the same period last year;
More than 5,300 units of the all-electric were handed over to Chinese customers over the last three quarters, including 2,009 units sold in the third quarter alone.

Shanghai/Stuttgart. Record results for the first three quarters: between January and September 2021, delivered 217,198 vehicles worldwide. This represents a 13 per cent increase for the sports car manufacturer. Demand rose across all sales regions, with the US again recording particularly strong growth.China continues to be ’s largest single market worldwide, with significant growth in NEV deliveries, Pre-owned Cars transactions and Financial Services.

“The very high demand for our sports cars continued into the third quarter and we are delighted to have been able to supply so many cars to customers during the first nine months of the year,” says Detlev von Platen, Member of the Board for Sales and Marketing at AG. “The order books are nicely filled and are, in turn, filling us with optimism and enthusiasm as we approach the year-end rush. However, the coronavirus situation remains dynamic and we are facing challenges in sourcing semiconductors. For these reasons, we are keeping a very close eye on current developments to ensure that we can continue to react in a flexible manner.”

The remains the most successful model worldwide, with 62,451 units delivered, followed by the with 61,944 units, a 12 per cent increase. The fully electric was also extremely popular, with 28,640 cars being delivered to customers. Now in its second full year on the market, it is on par with the iconic 911 sports car, 27,972 of which were delivered in the first three quarters – an increase of ten per cent. The 718 and 718 were purchased by 15,916 customers, which represents a rise of one per cent compared to the same period last year. Deliveries of the also remained firmly at the previous year’s level with 20,275 units – an increase of one per cent.

Increased demand in all sales regions

Between January and September, China remained ’s largest single global market with 69,789 deliveries, up 11 per cent year-on-year. Among them, the iconic 911 soared by 67 per cent compared with the same period last year; More than 5,300 units of the all-electric were handed over to Chinese customers including 2,009 units sold in the third quarter alone, accounting for nearly 40 per cent of the ’s total deliveries so far this year. The retail share of ’s NEV models rose from 14% in the second quarter up to 25% in the third quarter, further developing the brand’s decarbonisation programme. Additionally, a total of 23,725 were delivered to China in the first nine months, up 15 per cent year-on-year.

delivered 51,615 vehicles in the US in the first nine months, which represents an increase of 30 per cent compared with the same period last year. Across the American continent as a whole, made a total of 63,025 deliveries, 29 per cent more than in the first three quarters of 2020. In total, deliveries to Asia Pacific, Africa and the Middle East increased by 12 per cent. cars were delivered to 97,841 customers in these regions. ’s sports cars also enjoyed great popularity in Europe: 56,332 vehicles were delivered to customers, an increase of two per cent on the previous year. In Germany, demand increased by nine per cent between January and September, with 19,099 units delivered.

Alongside new car deliveries, sales of pre-owned cars in China have also enjoyed robust growth over the last nine months, thanks in part to the expanded scope of ’s online transaction services. The first three quarters saw over 1,000 pre-owned car orders online, including more than 500 orders in the third quarter alone. By the end of September, online deals of pre-owned cars accounted for more than 20% of ’s total retail volume for the year, with this number rising to over 30% of deals in the third-quarter alone. ’s new online deposit function for pre-owned cars went live last month, enabling customers to reserve their dream on the Finder mini-program for the low price of only 911 RMB.