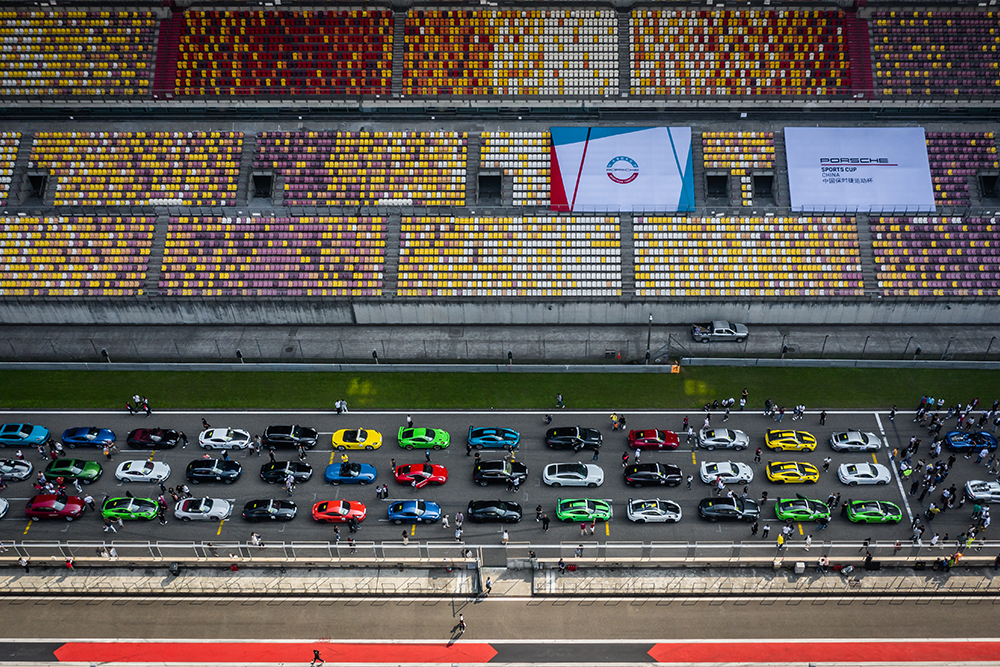 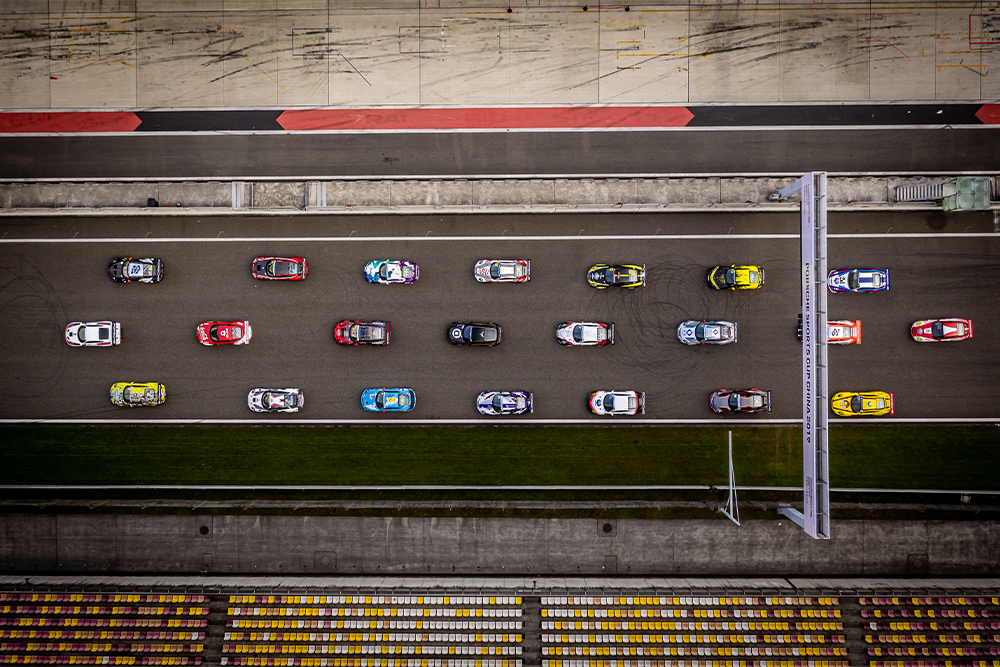 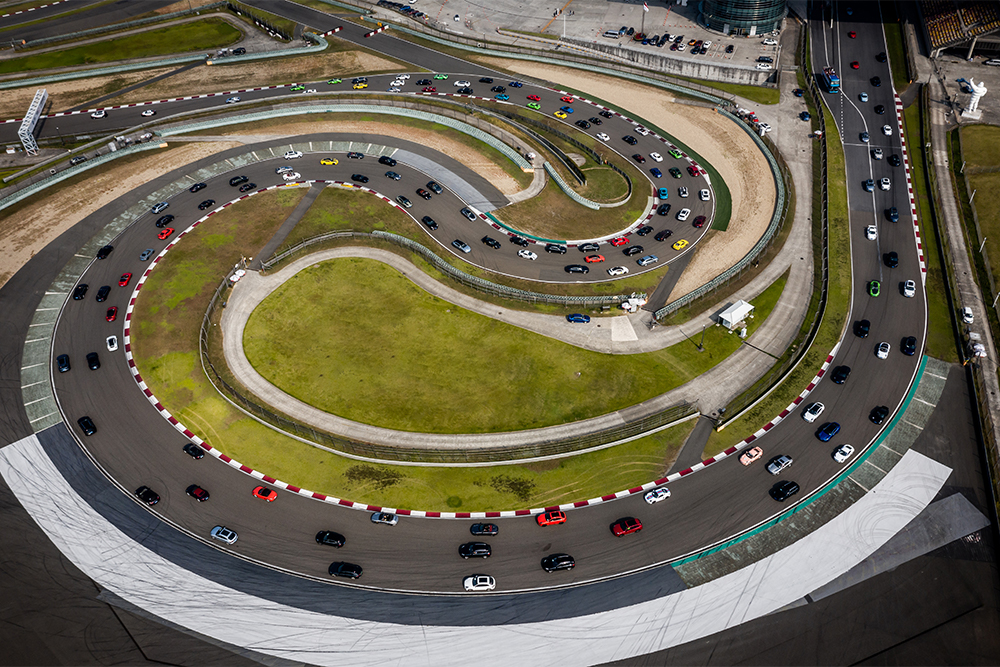 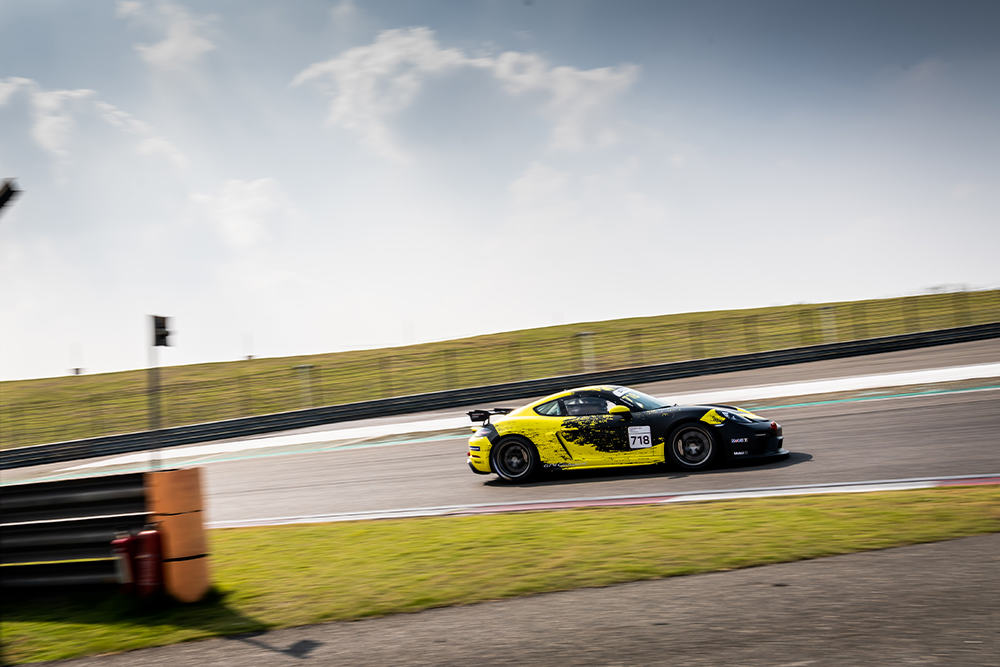 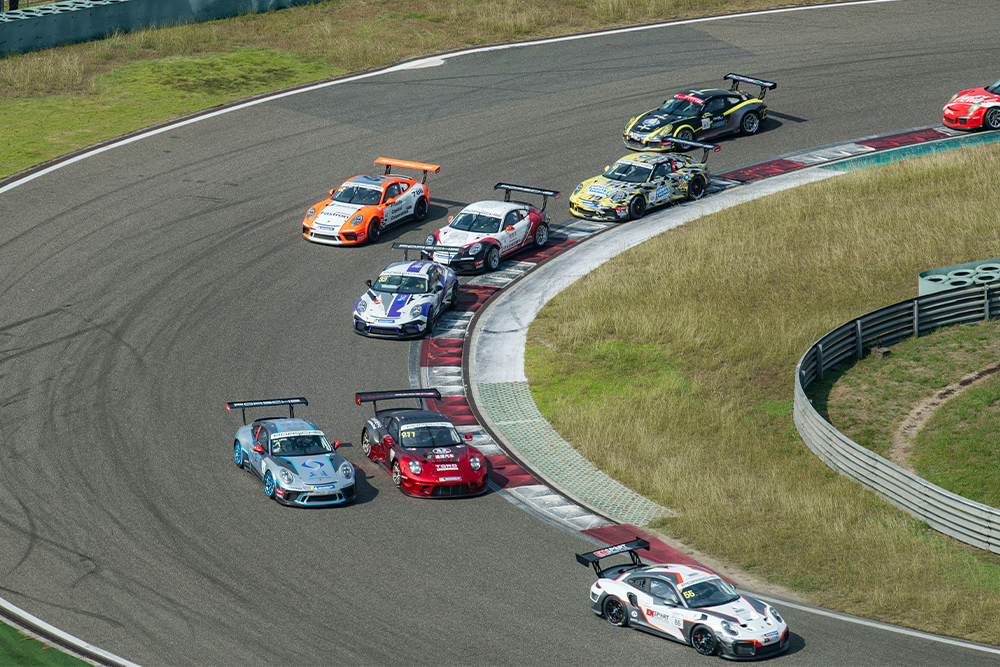 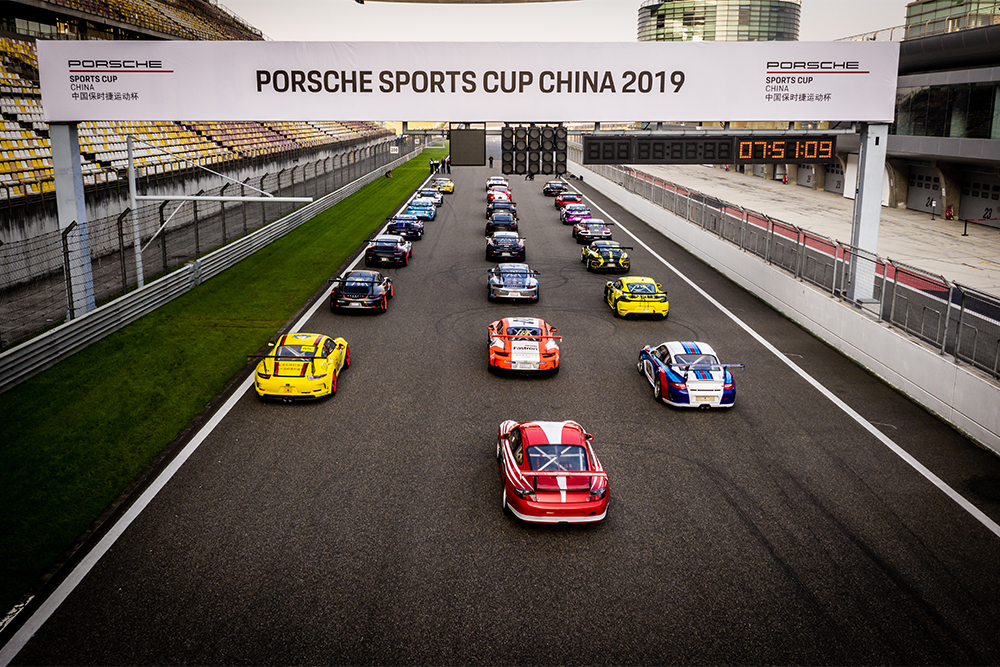 Shanghai. The virtual chequered flag has virtually flown for the final time, and the inaugural Cup Asia Virtual has now crowned its champions. After two rounds of exhilarating racing on Malaysia’s renowned Sepang International Circuit, it’s time to say congratulations to KiddyWorld Racing’s Eric K for winning the Am category, Modena Motorsports’ Antares Au for taking home the Pro Am championship, and Team StarChase’s Johnathan Hoggard for claiming both the Pro championship and also the Dealer Trophy.

With Au leading the Pro Am pack going into the final two races by a slim margin of just 14 points ahead of nearest rival Bao, the qualifying sessions were crucial. Bao earned pole in Round 7 with an untouchable time of 02:08.498, putting him clear ahead of Au’s second place time of 02:09.200. Rounding out the top three, Eric K made a strong showing by starting off third on the grid and first in the Am category with his time of 02:09.206 – just six one thousandths of a second behind Au’s time.

The lights extinguished and the drivers stormed out of the grid for the penultimate time this season. Wasting no time whatsoever, Eric K took his shot on the first turn, braking slightly too late and colliding with both Au and Bao ahead of him, sending the two Pro Am competitors back down to fourth and fifth place respectively. In a seeming repeat of the action from Round 5, Eric K made the most of his early overtaking to develop a sizable lead that saw him finish the race unchallenged from P1. The race stewards took a closer look at Eric’s contretemps out of the grid and applied a 15 second post-race penalty to him. Despite this, however, Eric K still took first place in the Am category, maintaining his perfect record.

Dorr Novena Racing’s Yuey Tan – at this point third in the Pro-Am points table – settled into second place having swiftly supplanted OpenRoad Racing’s Francis Tjia on the first lap. With Bao’s misfortune continuing, the reigning Cup Asia Pro-Am champion spun out once again taking him back down to P6. Tan took to driving defensively as a hungry Au was breathing down his neck, constantly looking for an opening to exploit. With Bao doggedly working his way back up the grid to P4, Au finally found his moment and was able to slip past Tan on the inside. The Pro-Am pack looked set for a finish with Au in first, Tan in second and Bao in third, until disaster struck on the home straight. With the chequered flag in sight, Au’s car suddenly began slowing, with the points leader swiftly passed by Tan, Bao and then several other cars as he limped over the finish line. In real-life racing this would have been the equivalent of an engine failure, in the world of virtual racing it was down to a dropped connection. Finally in the Pro-Am category, Tan finished in first earning his second victory of the season, Bao finished in second and Francis Tjia took third place. The final qualifying session of the season saw a switch up, with Au in pole and bao starting second this time. Eric K once again started in P3, however this time around he was joined by SD Monkey Racing’s Shen Qiang, with both drivers earning an identical time of 02:09.250. Once again, there was chaos out of the starting grid. With his luck seemingly starting to turn, Au made it clean out of the first turn and ignored the melee in his rearview mirror to develop a sizable lead. Bao dropped all the way down to P8, and spent the rest of the race making up for lost time, with a skillfull display of racecraft that took him all the way back up to P3. Tan tenaciously held on to P2 behind Au, and by the time the race was into its last quarter the top three positions were occupied by the three Pro-Am title contendors. Au’s lead proved to be insurmountable however, and he took both the race victory and the season championship in a stunning lights-to-flag victory with a 20 second lead over second place. Tan crossed the line second, however a post-race penalty saw him bumped down to third, meaning that Bao took second in the Pro-Am category, however not before being overtaken by Eric K who went on to claim his final victory of the season, sealing his perfect Am category record.

Going into the final rounds, Hoggard had a daunting 26 point lead over nearest rival Modena Motorsports’ Benny Simonsen, who himself was 8 points clear of Team Cuitimate’s Cui Yue. Cui himself was just three points ahead of Bunjong Motorsport’s Tanart Sathienthirakul, making it a tight contest for the two remaining podium places even if the overall winner was seemingly a shoe-in.

The qualifying for Round 7 saw Hoggard claim pole, followed by Bergwerk Motorsport’s Cooper Murray, and Cui Yue starting in third, with Simonsen unable to attend the final two races. As the lights extinguished, Hoggard thundered out of the starting grid, maintaining his lead with an impeccable start to proceedings. Murray leveraged his P2 start well, keeping hot on Hoggard’s heels for the duration of the race. Sathienthirakul saw his hopes dashed early in the race, as he spun out all the way back down to P12. With Hoggard and Murray battling for first, Bergwerk Motorsport’s Jackson Walls and Team Giltrap Group’s Reid Harker joined the fray, applying pressure to the two cars ahead of them. Having spent the entire race around one second behind Hoggard, Murray put in a flawless performancde to finish in P2, unable to supplant the equally flawless Hoggard who earned his second victory of the season in style. The podium for Round 7 was rounded out with Harker, who eventually managed to overcome Walls to finish third.

Carnage out of the grid afforded Hoggard the opportunity to slip away from the pack, with Cui doggedly pursuing him for the majority of the race. As the two race leaders launched themselves ahead of the others, a fierce battle for fifth place erupted between Murray, Sathienthirakul and Centre Ara Damansara’s Benjamin Albano. This threeway scramble eventually saw Murray emerge victorious, moving up into fourth place and earning himself the fastest lap of the race. As Cui continued to target Hoggard, the Chinese driver slipped up and had a bit of a wobble, enabling Hoggard to extend his lead. A similar wobble affected Hoggard shortly after Cui’s misstep, bringing the top two closer again, until Cui over extended his reach and allowed Harker to pass him. This proved to be disastrous for Cui, who slipped all the way down to P11 and saw his race – along with his championship hopes – ended. Hoggard secured another lights to flag victory, making this stop a total lock out for the young British driver, having scored two victories and two poles out of two races. Second place went to Harker, while the third spot on the podium was eventually occupied by Carben Racing Team’s Lu Mengfan. Sathienthirakul finished in sixth, however with Simonsen MIA and Cui hitting a run of bad luck at this final stop, the points available were sufficient to send Sathienthirakul up to the second spot on the series podium for a well earned championship runner up finish to the season.

The final points tally for the first ever Cup Asia Virtual saw a dominant Hoggard claim the championship with a stunning 70 point lead over second place finisher Sathienthirakul. Despite his no-show at the final stop, Simonsen’s 90 point tally held firm, making him the third place finisher for the season.