Over eighty-five countries are home to 675 Clubs, where around 210,000 sports car fans are currently active. Club Westfalen was founded sixty-five years ago in the war-torn Ruhr district of Westphalia. It’s the oldest Club in the world.

“Deep in the West, where the sun sinks in dust …” is how the famous song “Bochum” by Herbert Grönemeyer begins. It pays homage not only to his hometown of Bochum, with its “pulse of steel,” but also to the Ruhr district and its people. Coal, beer, steel—a triad that shaped the region and made cities like Essen, Bochum, and Dortmund great. They’re melting pots whose residents are as proud of their home as they are of their reputation for hard work.

The Hansa coking plant in the western part of Dortmund is a landmark from this era. It used to be the largest of such plants in the area, producing nearly two million tons of coke per year, before it was finally shut down in 1992. And yet it still embodies the spirit of the age. A convoy of lovingly maintained sports cars slowly approaches the deserted furnaces and machine halls—a , a , and a Spyder, splashes of color against a rusty brown backdrop. What might appear contradictory is actually a good fit. The cars belong here: Dortmund is where the world’s first Club was founded, in 1952. Karsten Schumann, the president of Club Westfalen, has brought a small delegation along. They enjoy each other’s company, which might help explain why it was here of all places—a part of Germany particularly damaged by World War II—that fans first came together. They did so four years after the first sports car was introduced, with racing legend Baron Huschke von Hanstein in attendance. The original name “Westfälischer Club Hohensyburg” referred to the old racecourse just outside Dortmund, the “Nürburgring of Westphalia.” Racing was a club priority in the beginning. Its early years were marked by motorsport events and the newfound appeal of speed. In 1969 the fans made the impossible possible, when the city of Dortmund issued a special permit for a “hill slalom in the form of a hill race” in the middle of Dortmund’s Wellinghofen area. The event was a success and is one of many highlights in the club’s history.

pals: The close-knit Dortmund community on the grounds of the Hansa coking plant in the western part of the city. Coal was once turned into coke here, but the smokestacks have long gone out.

Heirloom: The first “Club Champion” plate from 1953—a carefully preserved treasure with a high collector’s value.

The largest area of urban sprawl in Europe underwent radical changes after World War II. The mining and steel industries gradually faded in importance. “Coal was the first to go, followed by steel—and then beer,” recalls Reiner Kötter, a wholesale beverage dealer and the club’s president until 2014. He can’t hide the melancholy in his voice and on his face. As Germany’s economic miracle picked up steam after the war, the Westphalian fans partied in Dortmund’s ballrooms with the stars of the era. Hazy Osterwald and Max Greger played dance music—and Ferry himself traveled to Dortmund for the tenth anniversary of the club in 1962. That must have been wonderful, but it was a long time ago.

Little by little, however, the “coal shed of the nation” turned into a hub for the service industry, education, and culture. This transformation brought fresh energy into the region and invigorated the club.

“We’re a bunch of nuts,” says Schumann. A physician and father, he recognizes the club’s history but emphasizes its dynamic side. “The club lives from its members. Tradition is all well and good, but what drives this type of organization is people’s commitment.” The club currently has around fifty-five fans from Dortmund and the surrounding area. More than one hundred cars are listed on its roster. The president gives special mention to a 924 GTS from 1981, a 911 GT2 (Type 993) from 1996, and a 911 flat-roof convertible (Type 930) from 1989.

“Members used to sit around for cake and coffee on the weekends, but that’s changed over the years,” Boris Jankiewicz, the vice president, recalls. Although they do still hold some evening events, these enthusiasts prefer to get out on the road. They clock a fair amount of mileage on their excursions. For example, to celebrate the fiftieth anniversary, a club convoy headed for Stuttgart-Zuffenhausen—the birthplace of their shared passion. Five years later, they set off for the island of Sylt in the North Sea. “We’re more into tours like that than gala events,” the president notes. For their upcoming anniversary, the troop will head for Tuscany—their first-ever tour to another country. People looking to join the club should ideally share this adventurous outlook. “Everyone is welcome at our club evenings,” says Schumann. “But if you want to become a member, you should be a good fit.”

Letter and seal: This 1965 letter signed by Ferry confirms the Club’s status as the first in the world.

Christian Wälzholz, an entrepreneur, is a good example: sociable and quick on the uptake, like the Ruhr district itself, with an affinity for individuals who don’t necessarily wear their hearts on their sleeves. Three of the club members are also in Club Ostfriesland (East Friesland)—a step taken to develop and strengthen the ranks of that northern German group. Its president, Horst Wendelken, is a full-time pastor.

When businessman Joachim Bade, now fifty years old, talks about his enthusiasm for , he jumps back to when he was twenty and bought his first sports car from Zuffenhausen. The joy he experienced back then has remained with him to this day. Together with Wälzholz and Jörg Stoye, a car dealer, he is restoring an old estate and converting it into a private Center. Originally conceived as a place for the private car collection, its potential is now expanding. The old barn on the estate used to be just a garage. Today, an elevator lifts cars up to the second floor, where club activities may take place in the future. An illuminated logo is already mounted on the gable.

Automotive dealer Jörg Stoye and his car stand outside the Fritz Henßler Haus, otherwise known as the “Haus der Jugend” (Youth Center), built in 1955/56. It’s still used by adolescents and as a stage for cultural newcomers.

The former industrial area behind the Freizeitzentrum West (Recreational Center West), near the old Union Brewery, is being rejuvenated by a subculture of street art and young creatives. Entrepreneur Christian Wälzholz and his Spyder enjoy a backdrop of red hearts.

Presidential flair in the inner city: President Karsten Schumann and his 911 4 GTS stand in front of this modern masterpiece of steel, glass, and concrete. Built in 2002 in the once-struggling Brückstraße neighborhood, the artistic influence of the Dortmund Concert Hall extends far beyond Germany’s borders.

Vice President Boris Jankiewicz and his outside the compressor hall of the coking plant in Dortmund. Closed in 1992 and now an industrial monument, the former plant recalls the early days of heavy industry in the Ruhr district. 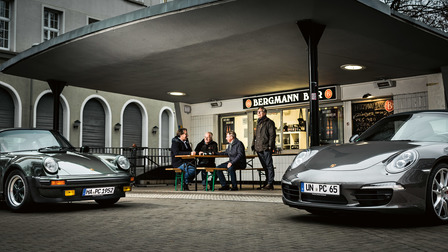 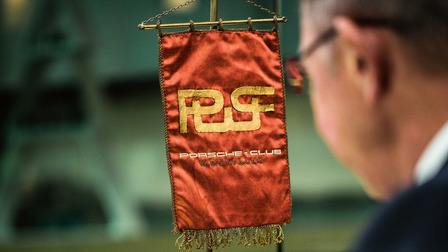 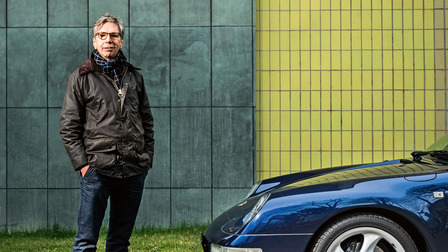 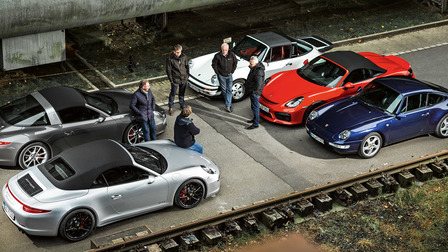 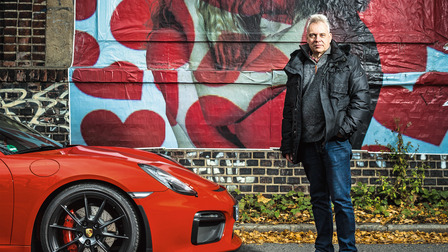 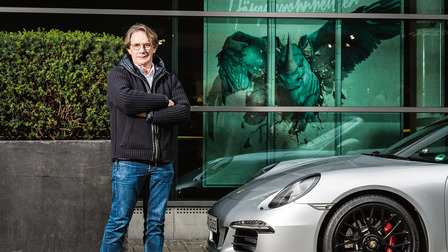 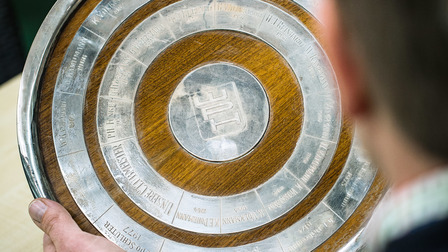 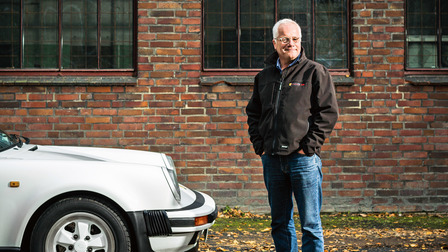 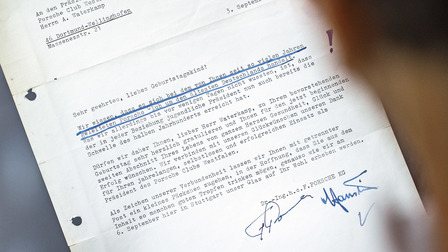 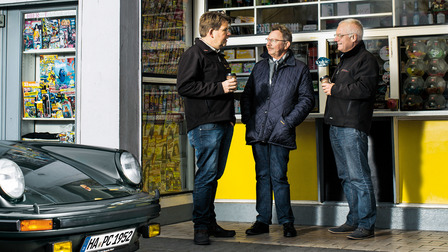