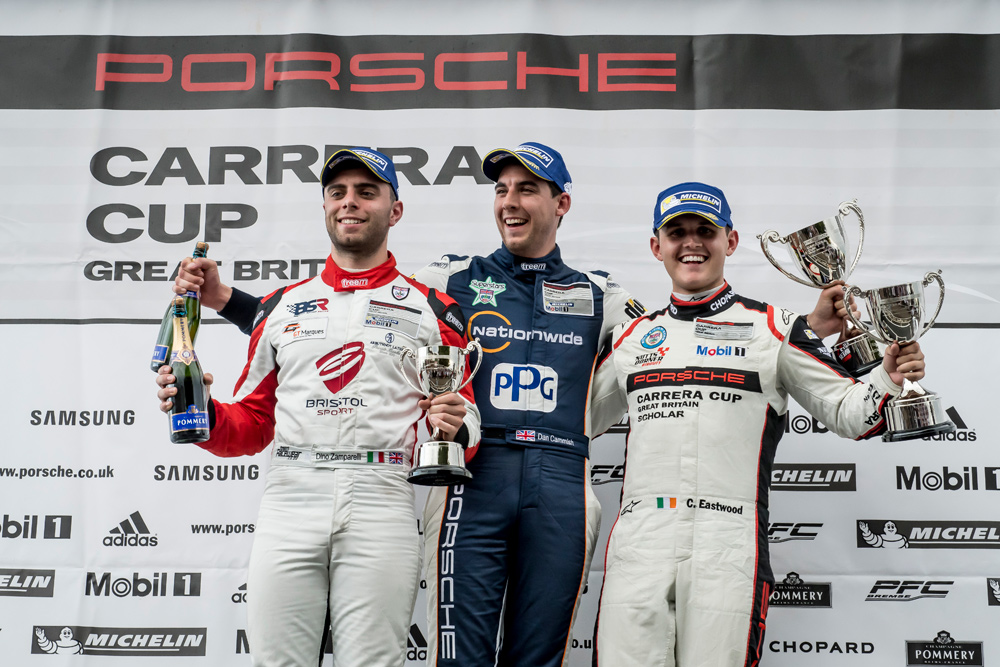 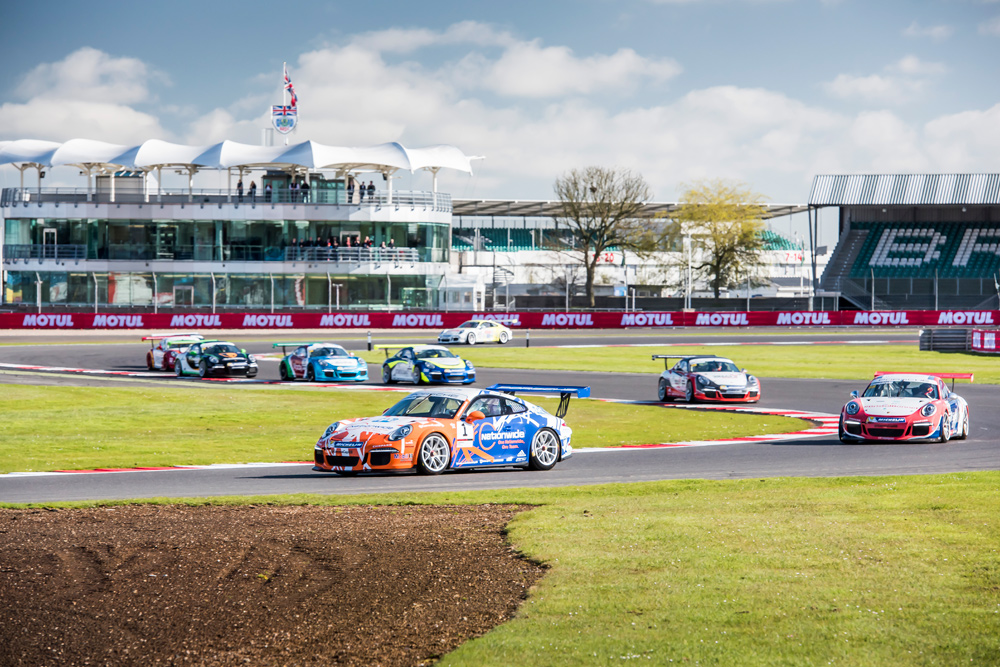 As the fastest single marque GT racing championship in the UK returns to Silverstone for rounds thirteen and fourteen, four drivers and one team will be hoping for perfect weekends to seal their 2016 championship challenges.

At the head of the 24-car pack, reigning champion Dan Cammish (Redline Racing) arrives with a 44 point advantage over arch rival Dino Zamparelli (GT Marques). With a maximum of 22 points on offer per race, Cammish needs only to match Zamparelli on points across both races to establish an unassailable title lead heading into the final two rounds at Brands Hatch.

However, this may be no easy task. Last year Zamparelli shone on the 1.6 mile National circuit when he took back to back wins, his first in the series, and fastest lap for good measure. The Bristol-based driver will be looking for a return to the form that saw him dominate rounds seven and eight at Croft, although competition will be tough for both drivers with just fractions of a second separating the top ten.

One driver well placed to have a say in the championship battle is Charlie Eastwood. The GB 2016/2017 Scholar has pushed his Redline Racing team mate Cammish hard in the last four races, is closing on second spot in the championship, and is hungry to take his first win.

Not to be overlooked in his overall battle is Eastwood’s significant lead in the Rookie championship. Currently holding a 59 point advantage over nearest challenger Lewis Plato (Team Redline), Eastwood needs to ensure Plato closes the gap by no more than 15 points over the weekend to be guaranteed the title and the £50,000 prize.

With Cammish and Eastwood so well placed and their two nominated points-scorers, it comes as no surprise that Redline Racing are set to claim the Team championship. Second-placed sister outfit Team Redline, represented by impressive newcomers Tom Oliphant and Lewis Plato, will need to close the 151 point gap by more than 31 points in round 13 to deny Redline Racing the win.

Enjoying a similar position of strength is Euan McKay (IN2 Racing), the Rookie driver leading the Pro-Am1 category by 35 points from reigning Pro-Am2 champion John McCullagh (Redline Racing). After winning the category in eight of the 12 rounds so far, McKay needs a solitary point over McCullagh in round 13 to secure the 2016 Pro-Am1 championship and a 911 road car for 2017.

Running his brother close in the second part of the season with a string of consistently fast performances and a win at Snetterton has been Dan McKay (IN2 Racing), while Sean Hudspeth (Parr Motorsport) and Justin Sherwood (Team Parker Racing) have proven podium potential.

Tautvydas Barstys (Juta Racing) faces the toughest championship challenge at Silverstone in the Pro-Am2 category. With just 24 points on offer, the Lithuanian needs to outscore second-placed Peter Kyle-Henney (Parr Motorsport) by 18 points and third-placed Mark Radcliffe (Intersport Racing) by 12 points to leave as champion. All three have been battling hard all season, while Shamus Jennings (G-Cat Racing) and Iain Dockerill (Asset Advantage Racing) have both shown they can run at the front with ten podium visits between them.

On a short circuit with average speeds of over 100 mph, the grid looks set to be closer than ever. Cammish will be focused on becoming only the third driver in Cup GB history to take back to back titles, while Zamparelli will be fighting hard to keep his hopes of a maiden championship alive. In a season that has seen ever reducing margins between the drivers, rounds 13 and 14 could spring more surprises.

Live coverage of round 13 will be at 12.38 with round 14 shown at 16.30, both on Sunday 18 September on ITV4. Follow the battles at @CupGB on Twitter and @carreracupgb on Instagram.

88 points maximum still to be won