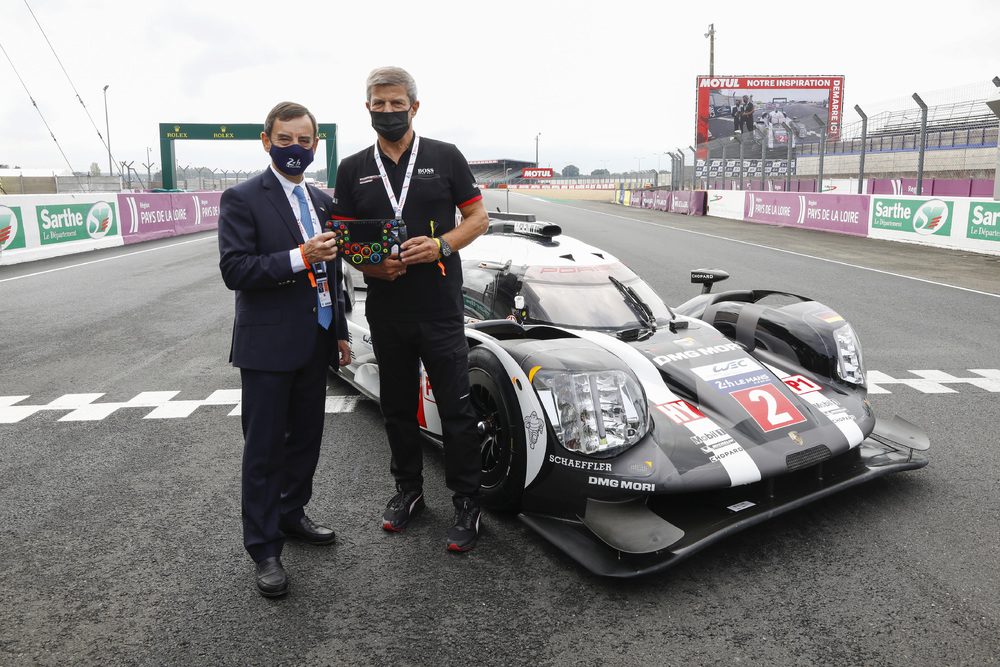 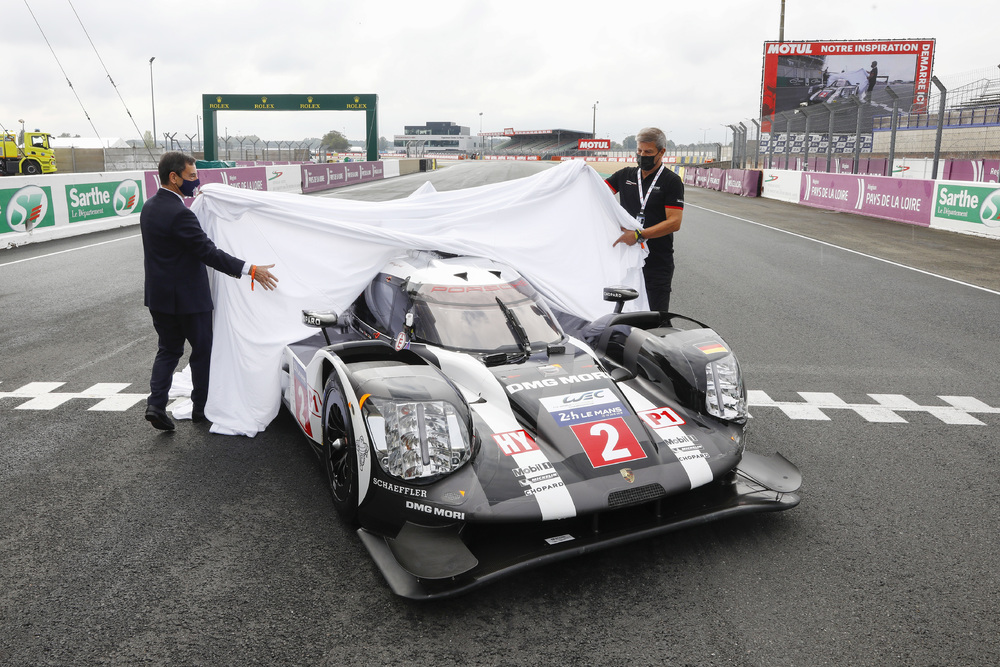 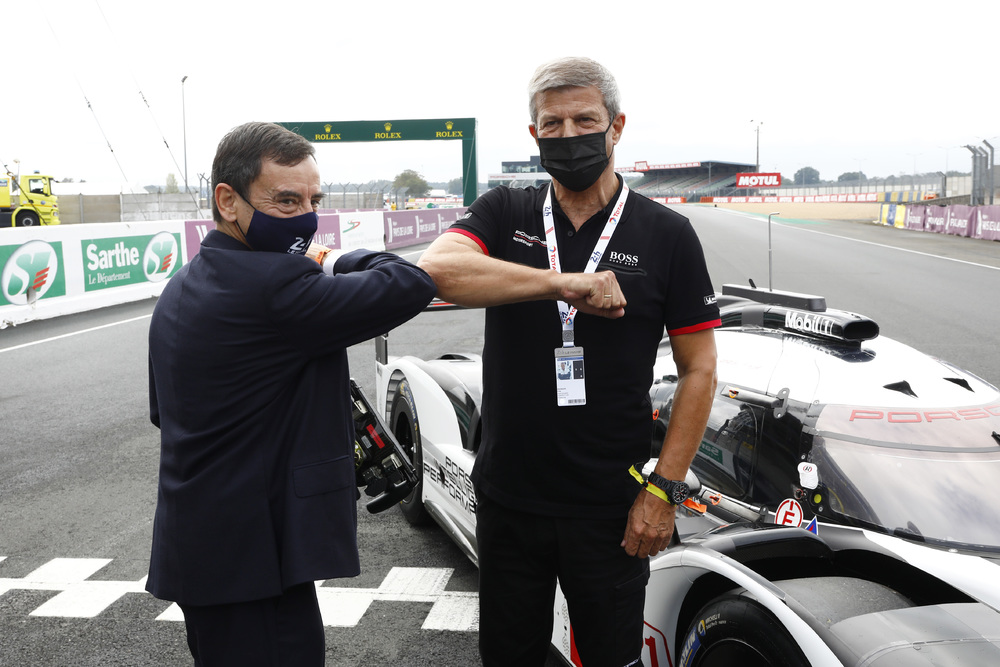 Stuttgart . An exhibit from Stuttgart-Zuffenhausen arrives in France: On Saturday, 19 September, Fritz Enzinger, Vice President Motorsport at , handed over a 919 Hybrid mock-up to the President of the Automobile Club de l’Ouest (ACO), Pierre Fillon. The presentation took place on the start and finishing straight before the official start of the 88th edition of the endurance classic. “Le Mans has been essential for since 1951,” emphasises Fritz Enzinger. “The 919 Hybrid mock-up symbolises the last three overall victories that we achieved in succession at the 24 Hours of Le Mans. Following on from the 16 overall victories between 1970 and 1998, was able to continue its exemplary success story with this technological masterpiece. It is therefore a great honour for us to be given the opportunity to represent our success at the original location.”

The 919 Hybrid mock-up is based on a race car from 2016 that was developed and built by the Motorsport department for testing purposes in that racing season. The model consists of original technical parts such as the chassis, brakes and drive unit that were used in the race at the time. The historic motorsport team supplemented the chassis with body parts and applied the Le Mans livery from 2016.

In June 1972, Prof. Dr. Ernst Fuhrmann, engine designer and first CEO of AG after its change in legal form in August 1972, gave the French automobile club a 917 LH for the first time. The 919 Hybrid mock-up is thus the second race car to be added to the collection of ACO. It will be part of the permanent exhibition of the “Musée des 24 Heures de Le Mans” on the Sarthe circuit in the future. The thus strengthens the brand's strategic idea of making the history of the company continuously visible worldwide. "We are proud to have written some of the most significant moments in Le Mans history together with ," explains Pierre Fillon. "The 919 Hybrid will forever shape the 24 Hours of Le Mans as a testimony to technological challenges. We thank very much for this donation. We will find a permanent place in our museum for the 919 Hybrid which honours equally its name and its technological potential".

The Automobile Club de l’Ouest is the largest automobile club in France. It was established in 1906 by automobile manufacturers and enthusiasts and is responsible for the 24 Hours of Le Mans race, among other things.