Situated in swampland about 130 kilometers south of Orlando, Sebring evokes a romantic and specifically American air of racing. Originally an army airfield, it was converted into a challenging raceway in the late 1940s. The front straight, which was one of the runways, used to be separated from the bleachers by bales of hay. The course has been changed a number of times since, but still retains its original flair. The hay, by the way, has been replaced by concrete barriers.

The 12 Hours of Sebring has been one of the highlights of the racing season since 1952. And is the greatest name in its annals. Back in the early days, small 550 Spyders competed against gigantic front-engine roadsters from Cunningham, Maserati, and Ferrari. They set the tone for what would become a tradition: with 18 overall victories, sports cars from Zuffenhausen are by far the most successful make at Sebring. The most recent victory came in 2008, with Timo Bernhard, Romain Dumas, and Emmanuel Collard at the wheel of an RS Spyder. So the 911 GT3 R could enjoy a home-field advantage, although the track remains as challenging as ever. Its combination of asphalt and concrete surfaces is considered especially rough on the suspension and brakes. And weather conditions in the late summer here about 60 kilometers from the Atlantic coast can bring their own cause for concern, such as a tornado or torrential downpour along with the subtropical heat.

Developing 368kW (500hp), the four-liter boxer engine of the 911 GT3 R is based on the current GT3 RS, i.e. on the fiercest naturally aspirated GT engine yet to be derived for the 911. The body shell starts off on the assembly line for roadgoing 911s at the plant in Stuttgart-Zuffenhausen, but is soon removed. After the roll cage is mounted, comprehensive finishing work is done by the motorsports department at the Weissach Development Center. The new powertrain with direct fuel injection is based on the 9A1 generation of the street-legal RS, and is also finished on the GT engine line in Zuffenhausen.

An aerial view of the 911, which weighs just 1,220 kilos, shows its extensive aerodynamic finesse. 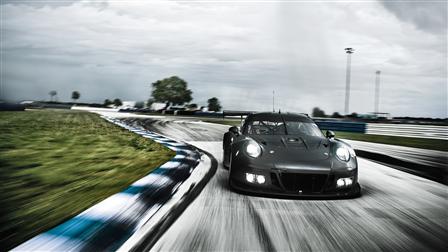 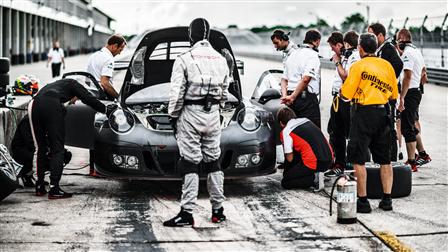 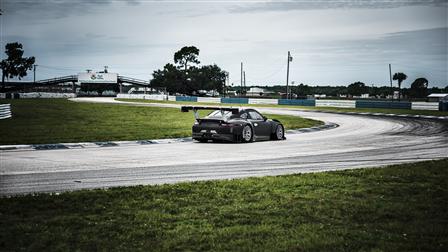 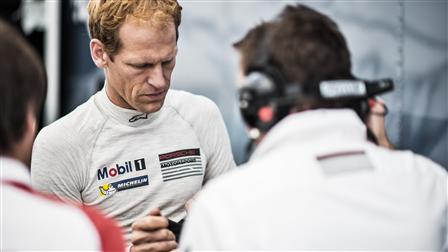 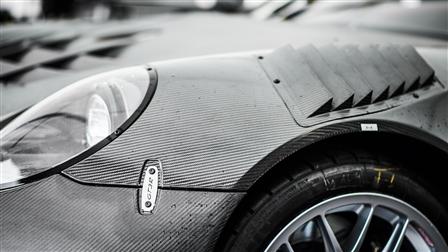 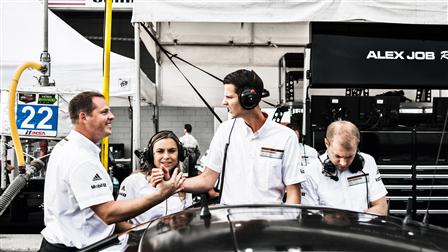 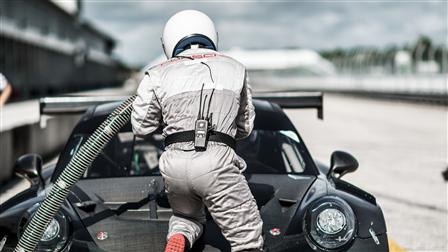 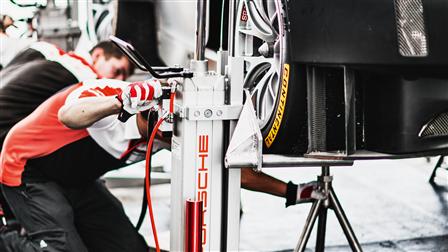 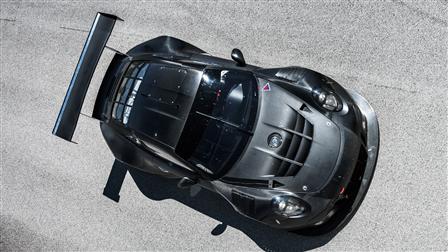 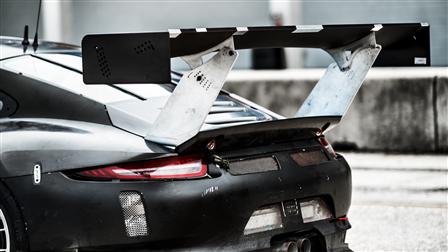 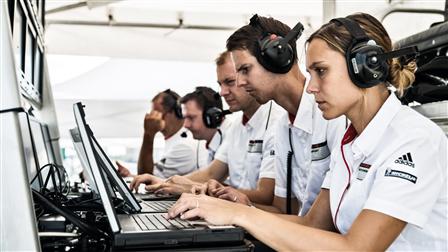 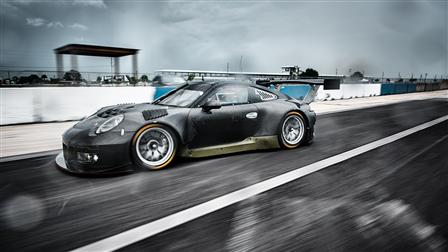 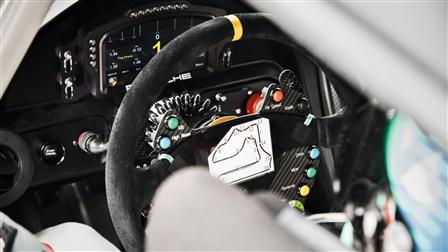