“ is like a family for me—all over the world.”

Patrick Long, currently ’s only factory driver from the United States, has already won the 24 Hours of Le Mans twice, along with many other victories for the brand. Long has two s that he loves above all others—the water-cooled 911 GT3 R he drives on the racetrack and a classic 1973 911 E. His favorite event with the 911 E is Luftgekühlt, an annual gathering that he initiated in Los Angeles for vintage air-cooled s. The scene is meeting up on the West Coast for the fourth time in early May.

Lemon Yellow, Albert Blue, Bahia Red, Speedway Green. These vibrant synthetic resin paints immediately signal that this gathering is something very special. While the colors of the cars are popular, so too is the founder of Luftgekühlt: thirty-five-year-old Patrick Long. Luftgekühlt is a laid-back affair in the middle of Los Angeles, and its name describes its purpose. Luftgekühlt means “air-cooled,” and the gathering is for vintage cars with air-cooled engines. There’s a 914/6 GT Lufthansa, which is one of the lightweight racing cars that clocked record laps on the Nürburgring and the Hockenheimring Baden-Württemberg from 1970 to 1972. Close by is a brilliant master model, a Gmünd coupe from 1949. Only fifty-two of them were made before production was moved from Austria to Stuttgart. Next to that is a 904 GTS from the collection of star comedian Jerry Seinfeld, who stands next to his car like everyone else and chats with visitors. Another rare vehicle is a German–Italian mix: the 1960 356 B GTL Abarth. It drove in three consecutive Gran World Championship races for . Just twenty of these cars were ever built, and only a few still exist.

Patrick Dempsey, the actor and race-car driver, is also there. Legendary collector Magnus Walker strolls by in his cool dreadlocks. But for a moment, most of the visitors only have eyes for a 1984 911 3.2 in Grand Prix White. Sponsored by Luftgekühlt, this car is being auctioned by RM Sotheby’s for a good cause. The price goes up in increments of US $10,000 and finally stops at US $275,000. The money will go to the Autumn Leaves Project founded by the musician Butch Walker. It funds research to combat pancreatic cancer. The 911 was donated by supporters of the gathering.

Patrick Long looks avidly at the white . “Basically this car could enter the next rally. It has everything that a needs for it.” Long is wearing shorts, a baseball cap, and flip-flops. Here at this gathering in Vernon, near downtown Los Angeles, Long is a star, regardless of his attire. He’s currently ’s only factory driver from the USA. He has driven to two victories in Le Mans. The first was in 2004, in a 911 (996) GT3 RSR with copilots Jörg Bergmeister and Sascha Maassen. The second was in 2007, behind the wheel of a 911 (997) GT3 RSR, together with Raymond Narac and Richard Lietz.

Long loves racing. But he has a special place in his heart for early sports cars from . Some time ago, while talking with a friend, the idea of a casual gathering for enthusiasts happened to come up. Not a big deal, just a get-together. But then it acquired a life of its own. Long has held three Luftgekühlt events so far. The last one drew 450 classic sports cars. The fourth will take place this year on the first weekend in May. The idea has become an institution—with Long at its head, just like at the wheel of his race car.

Even as a boy, Long was interested in racing. At six he started navigating curves in a kart built by his father. He entered his first race at the age of eight. After completing a course for young drivers in Le Mans at eighteen, he attracted the attention of Motorsport. Long won the classification and was subsequently sponsored as a Junior. In 2003 he climbed into his first company car, a 911 (996) GT3, and entered his first Cup race together with Mike Rockenfeller. Following his victory at the Norisring in Nuremberg, invited him to join the factory team.

Racing: Together with Patrick Dempsey and Marco Seefried, Long put in a superb performance with a 911 RSR from Dempsey Proton Racing in 2015.

Between history and now

Before the fourth Luftgekühlt gathering, Long will have driven his 911 GT3 R in the first races of this year’s Pirelli World Challenge. During this period, Long will have little time for his private passion of driving classic cars but will still try to take his ivory 911 E from 1973 out of the garage as often as possible. In addition to this beloved vehicle, which is outfitted with a mechanical manifold injection system, he owns another classic from Zuffenhausen—an Irish Green 912 from 1966. This four-cylinder car was produced from 1965 to 1969, primarily as an entry-level model for the American market.

Long’s garage also houses both a and a S . These two four-door sedans are the cars that Long and his wife, Lauren, use every day. One thing is absolutely clear: racing is his vocation. No visitor to the Long family home can fail to notice that. A dozen racing helmets decorate the office, and each one has had a shamrock sticker applied to it. It’s a nod to the national emblem of Ireland and the country of Long’s ancestors. It’s his only concession to something approaching superstition. Otherwise, he depends on his fitness and his detailed knowledge of the racetracks around the world.

As for the Luftgekühlt gathering, he’s thinking of that in international terms too. “I’d love to hold the event soon in Germany and Japan. First in Munich or Stuttgart, then in Tokyo.”

The thirty-five-year-old American began his career with karts. At the age of eighteen, he switched to cars and quickly started racking up wins. In 2003 he became a Junior driver for , entering primarily Cup races in his first season. In 2004 he became a factory driver and is currently the only American in the squad with that distinction. 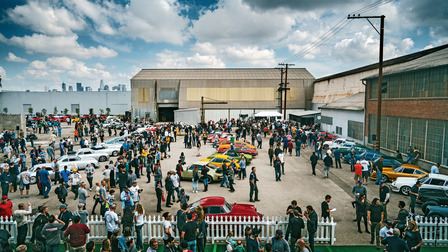 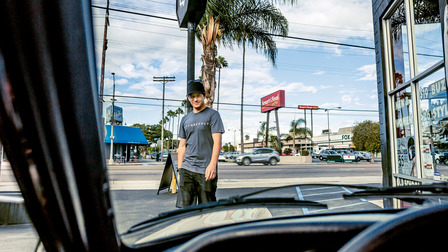 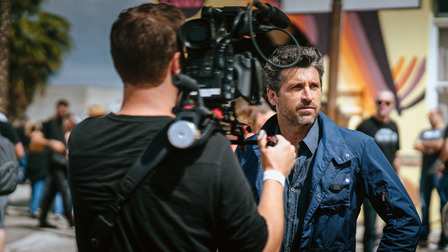 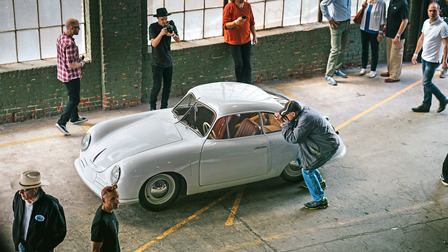 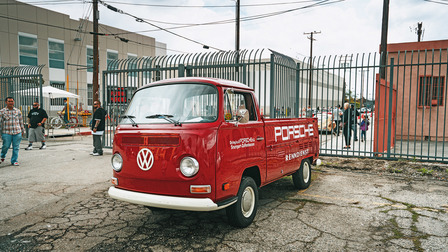 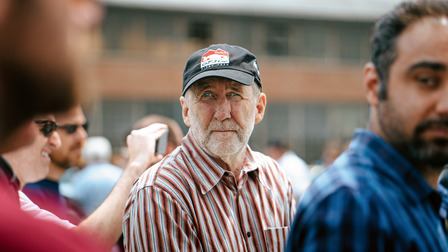 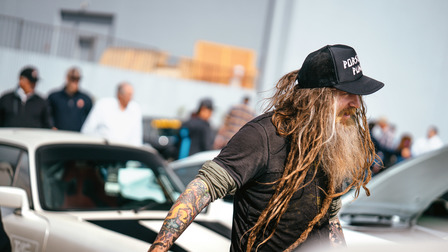 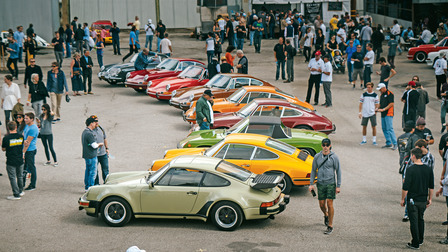 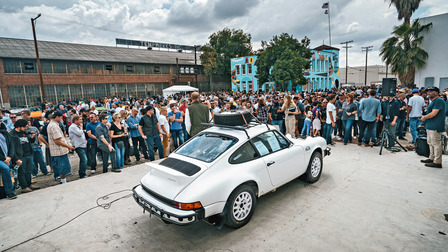 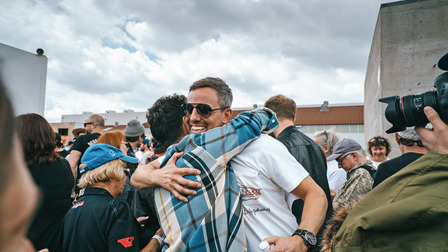 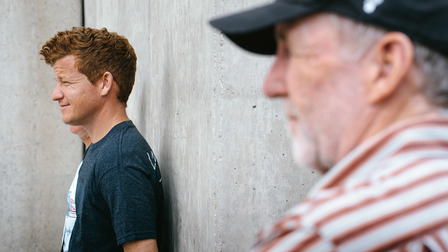 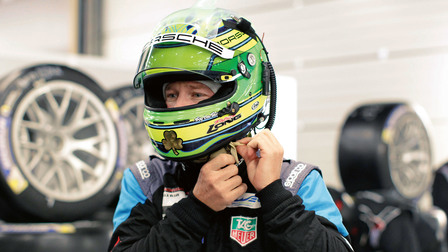