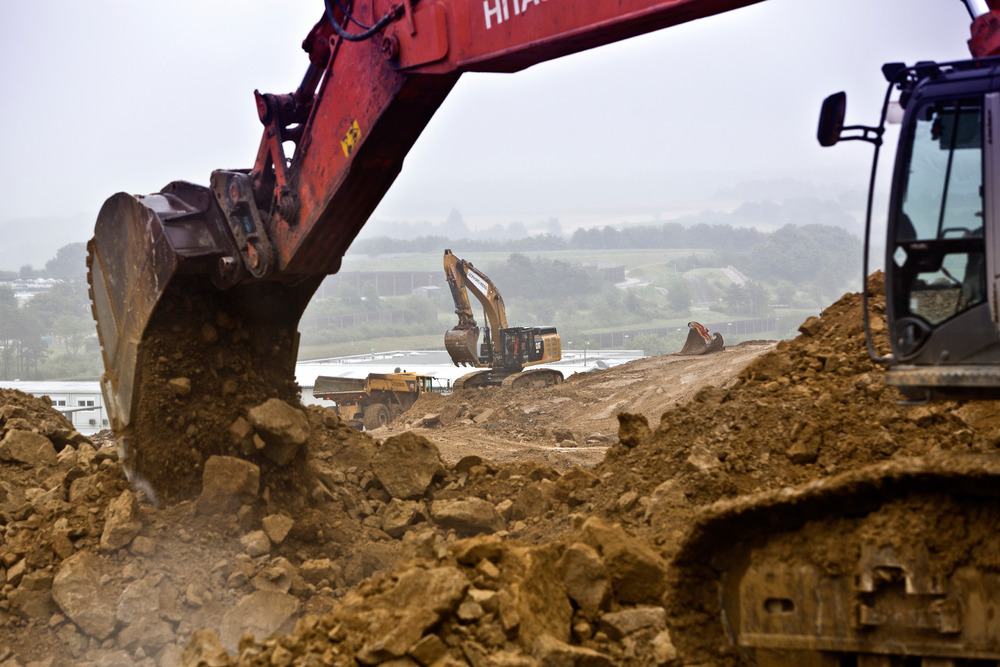 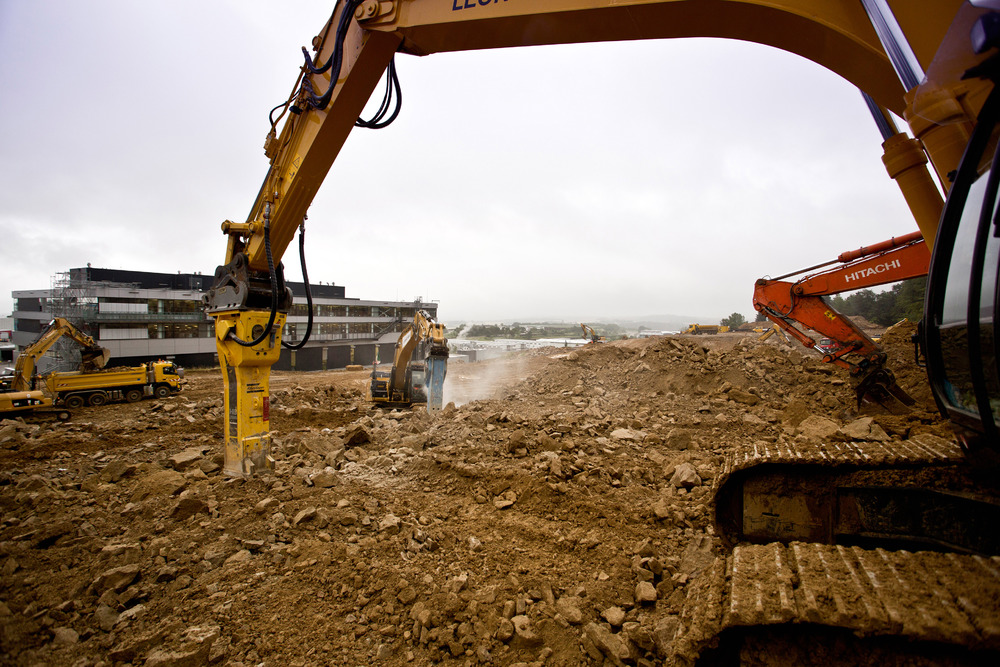 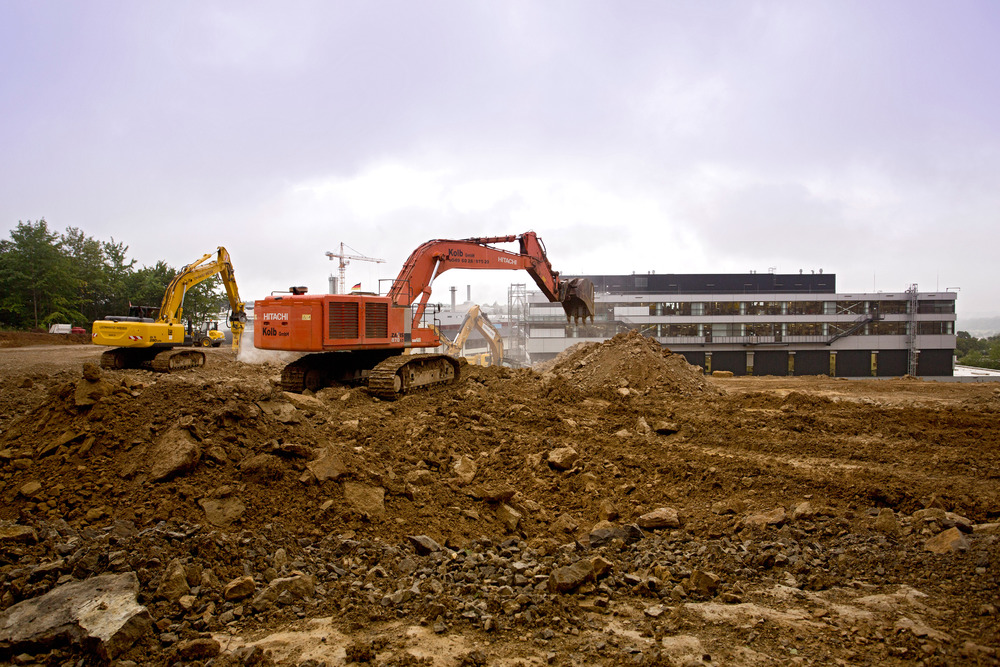 Rising up at the development centre: a new building for drive system testing Digging to create the future of the Weissach think tank

Stuttgart . The future continues to take shape at the development centre in Weissach. In the next few days, the new design studio, a new wind tunnel and the Electronics Integration Centre will be officially opened. A large multi-storey car park will be finished by October. A further project is the new building for drive system testing, which is being built on the site of the think tank, with completion due in 2016.

The total of 18 test benches will aid the development of new hybrid drive systems, new internal combustion engines and new electric motors. In around two years, 600 people will relocate to the new building complex from their current workplaces, some of them temporary, spread all around the site. The architecture follows the guiding principle of creating within the development centre sites that are located side by side, thus interlinking the developers and processes in an even better way than before. Test benches, workshops and office desks are all housed under one roof. In the future, the power units and gearboxes will also make their way onto the test benches via the shortest of possible routes from the adjacent assembly building – all on one level and with no delays. Tiresome trips to externally leased testing facilities will then be a thing of the past. The drive systems testing building's intelligent architecture is also designed to promote interdisciplinary interaction between colleagues.

Until the new facility is opened, however, there is still a lot to be done. Heavy machinery is currently in use. Over the coming weeks, seven diggers will continue digging out 250,000 cubic metres of rubble to create the foundations. However, a third of the rock will be broken up with stone crushers actually on site, temporarily stored and at a later stage of the construction re-used as backfill. In order to have the least possible impact on the environment, the remaining stone will predominantly be taken to nearby quarries.

The majority of the excavated material is being temporarily kept in an eco-friendly manner on directly adjoining land leased by specifically for the purpose and only delivered to the quarries in the surrounding area a load at a time. The truck traffic is thus being evened out. There will consequently be almost no additional burden put on the public roads at peak times.

The volume of rubble is so large not least because the aim is to merge the building, which has a footprint of almost 6,000 square metres, harmoniously into the landscape. Two of its seven floors lie below the current lie of the land. The back of the building is being dug 18 metres deep into the slope. The architectural objective was maximum utilisation of the building lot in order to concrete over as small a surface area as possible. The drive system test facility's gross floor space is over 32,000 square metres and despite this the seven-storey building will not project massively above the development centre's highest point. The outer façade has dark cladding and thus does not form any harsh contrast, but rather a visually gentle transition with the edge of woods behind it. People approaching from Weissach may not even notice the building from a distance or at the very least will not perceive it as jarring, as from that perspective the trees will still be clearly seen above the building's upper edge. The landscape's typical and striking silhouette is thus preserved.

Ahead of the building work, around two hectares of adjoining woodland had to be cleared. The trees are being replaced elsewhere in the vicinity. The steps required to remove the trees were agreed in advance with the relevant authorities and duly approved. The compensatory measures comply with the latest ecological requirements and findings. The roof of the new drive system testing building is also covered to the maximum extent possible with plants and grass.

The development centre is situated in a water protection area. It has thus always been necessary for all building work to be done with great sensitivity. This applies to the building of the new drive system test facility as well. Most of the rainwater, for instance, returns to the groundwater through an aquifer area built specifically for the purpose. These measures guarantee the reformation of groundwater around the development centre. The aim was therefore also to leave the rainwater in a totally original state on its way into the subsoil. The drive system testing building thus has no gutters made of zinc, which would have altered the quality of the water.

High-tech and environmental protection form a symbiosis in Weissach. The considerate way in which the new drive system testing building deals with nature ultimately also makes it a more attractive place in which to work. It is thus in many different aspects that the future of the Weissach think tank is taking shape.