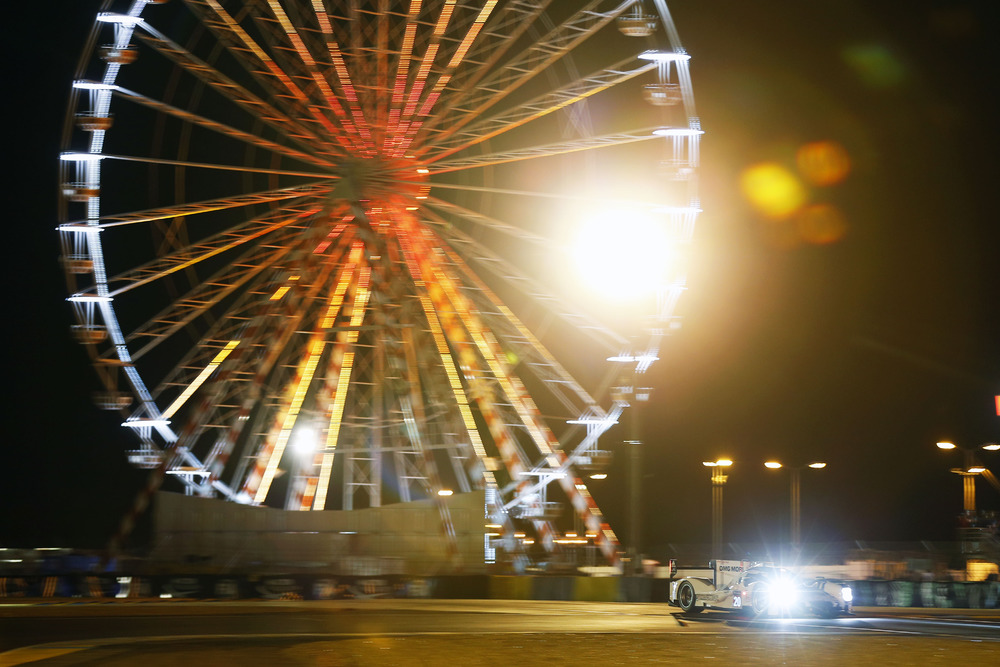 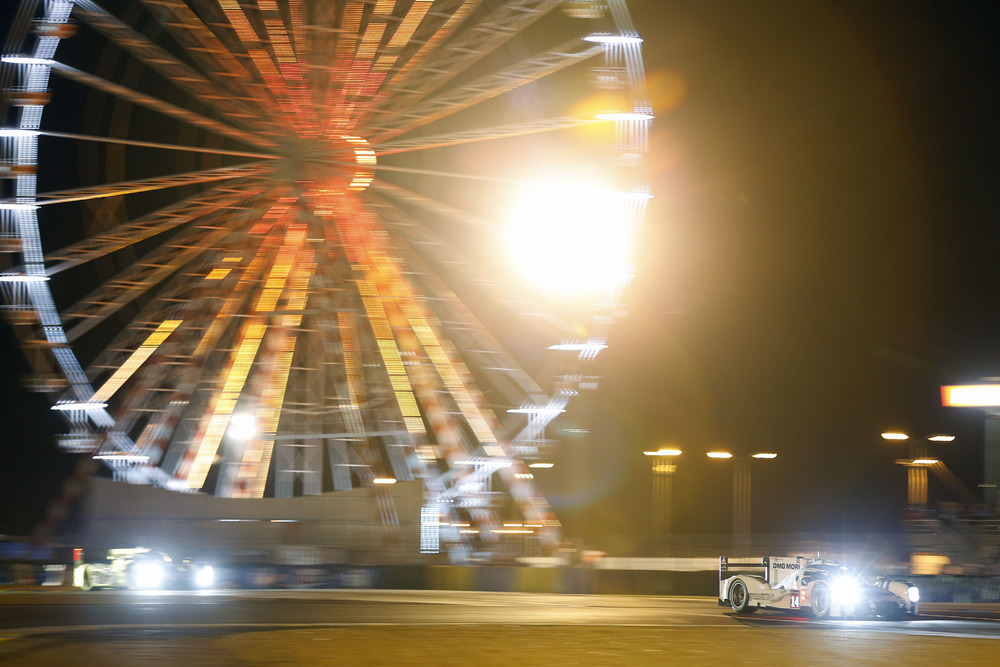 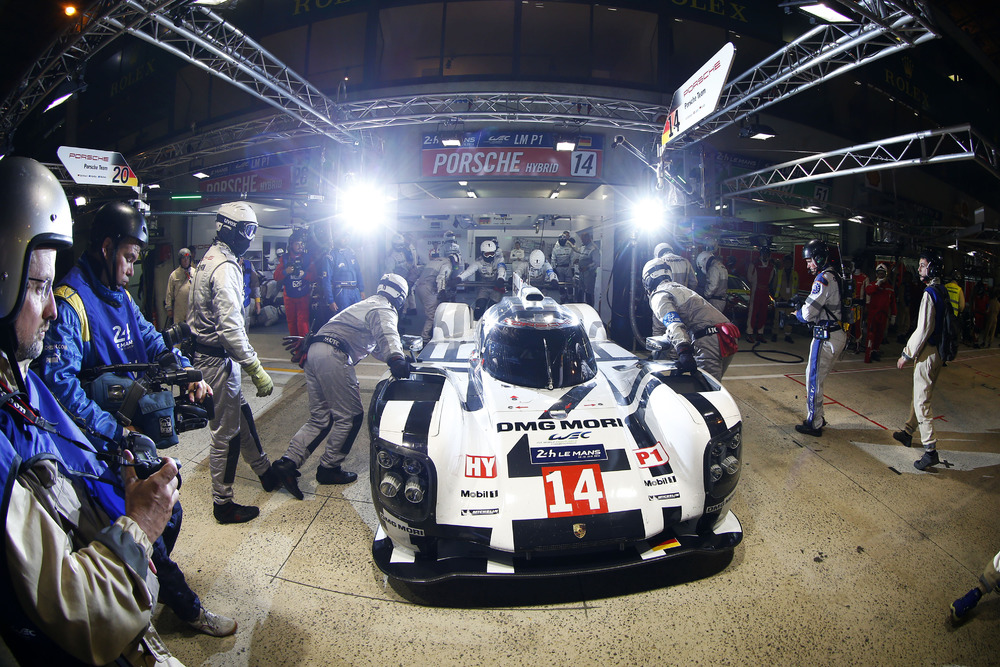 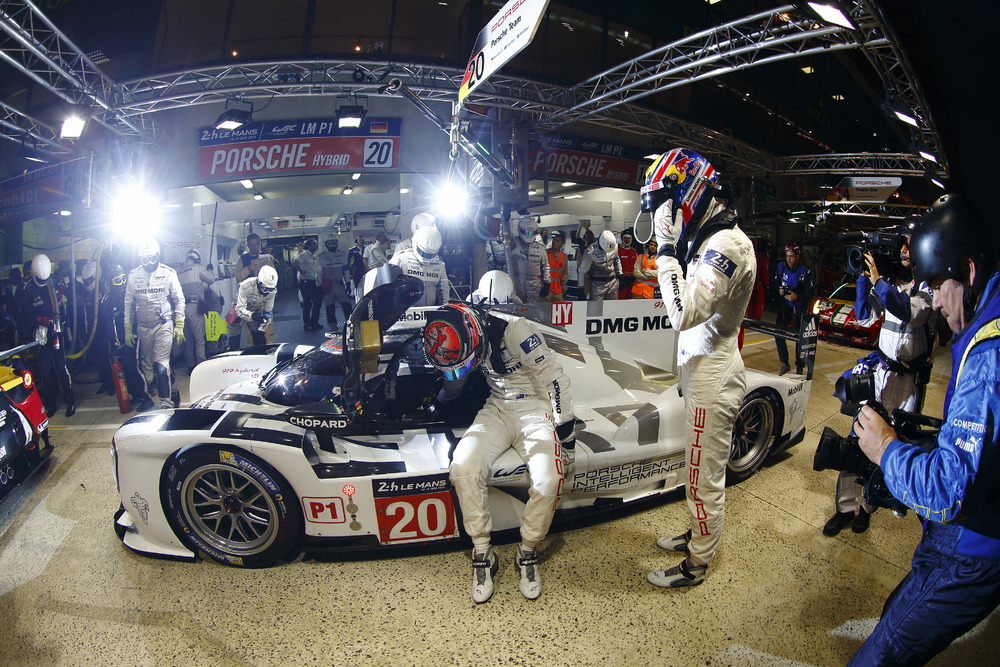 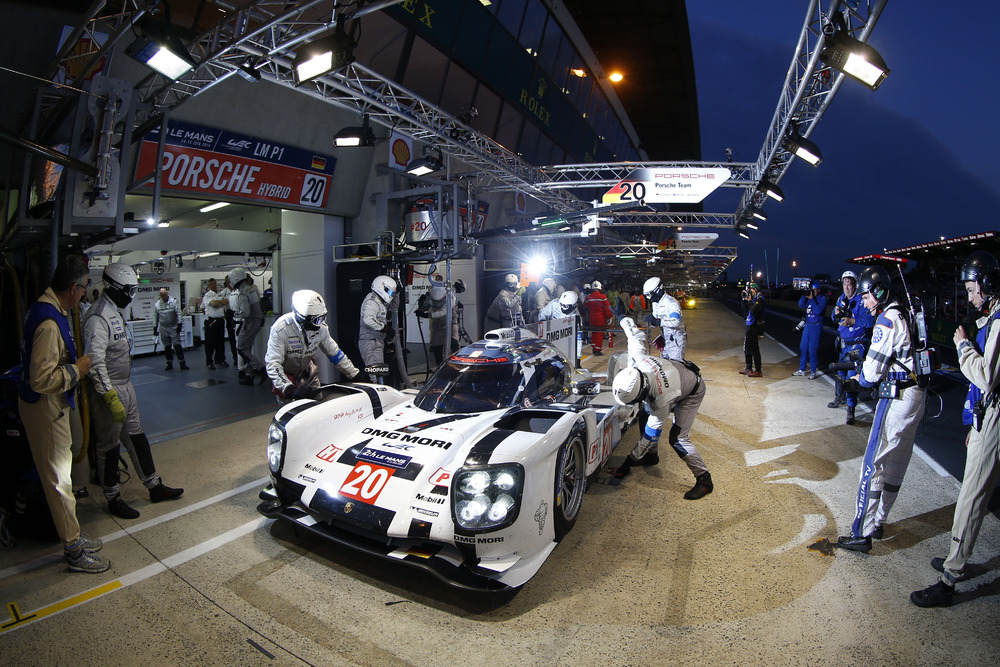 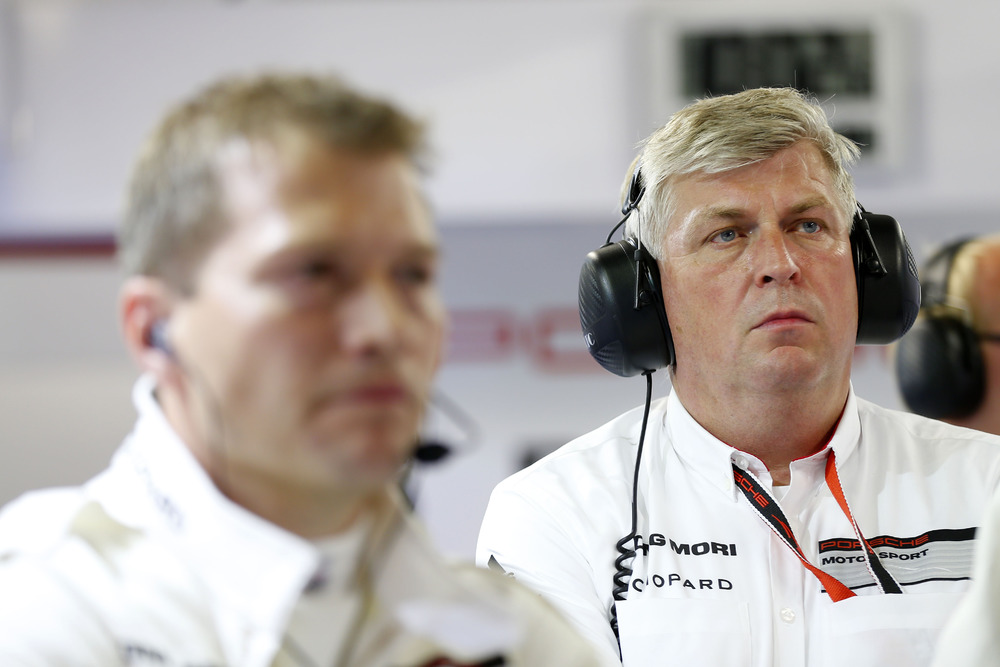 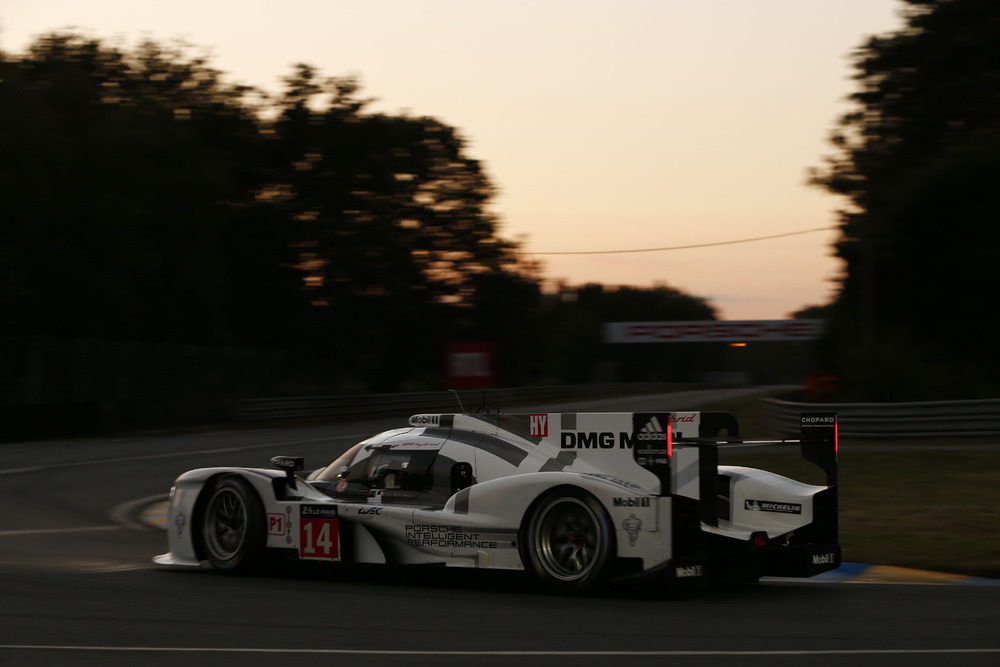 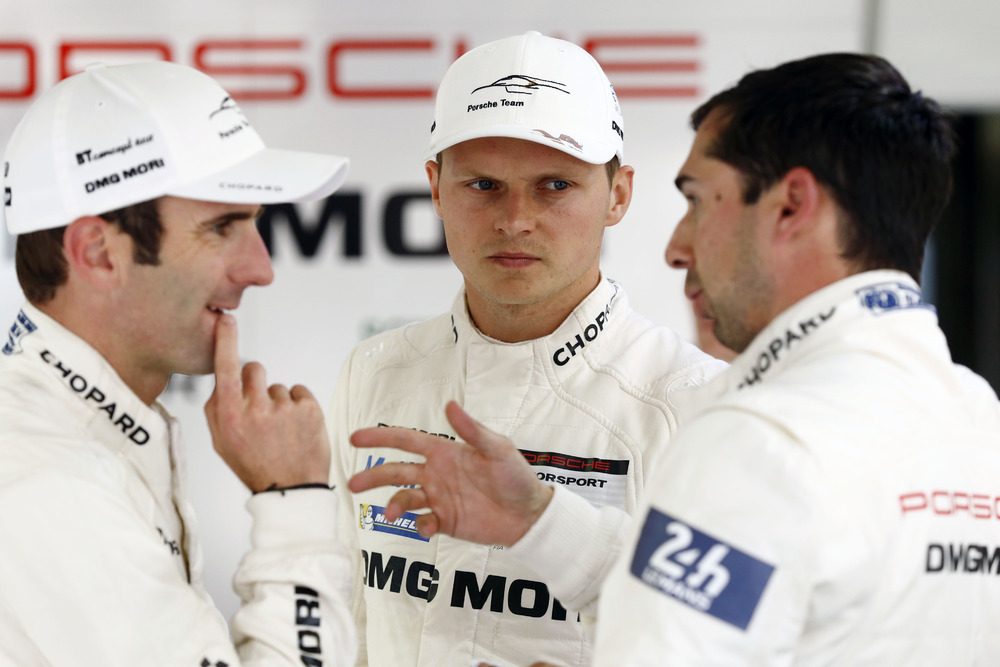 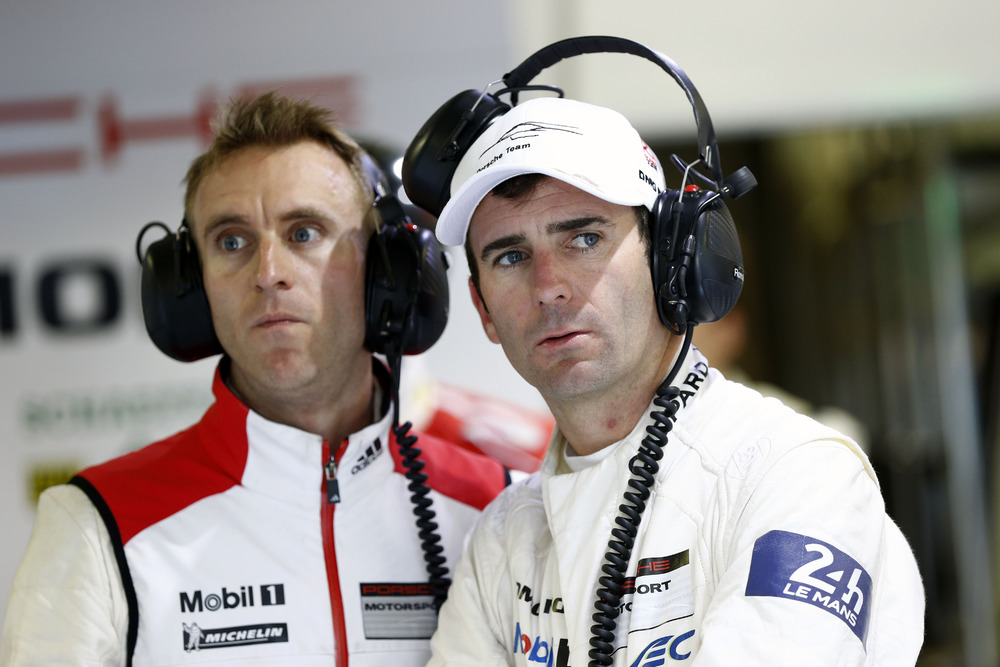 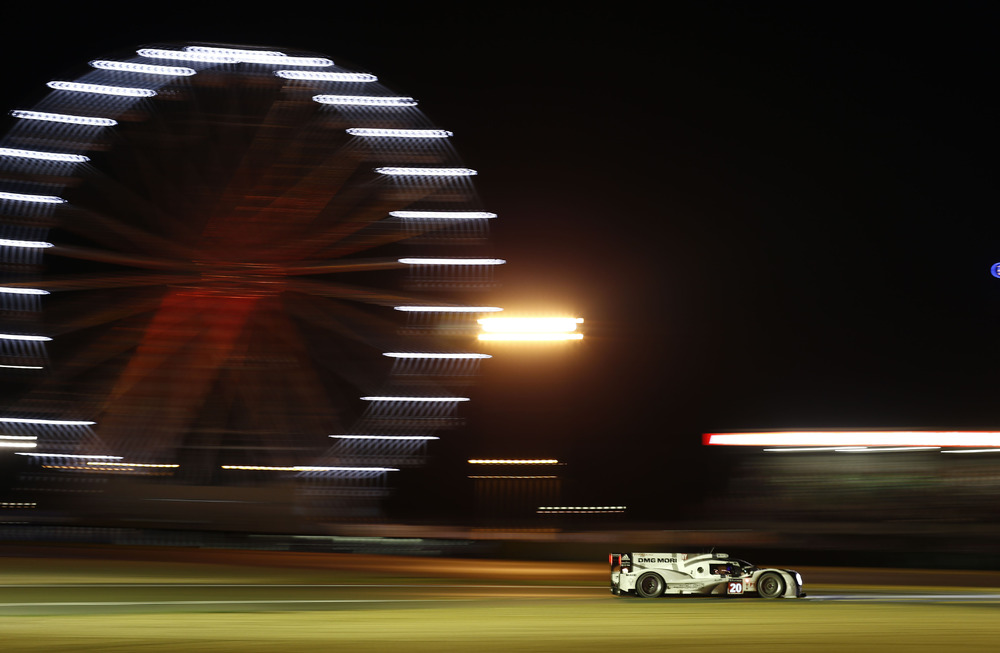 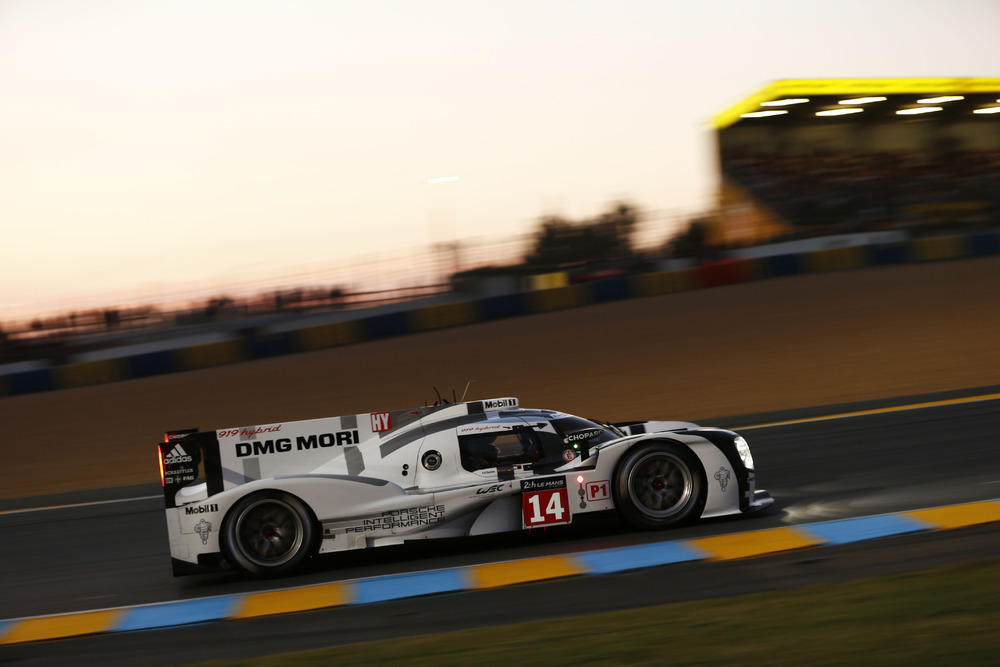 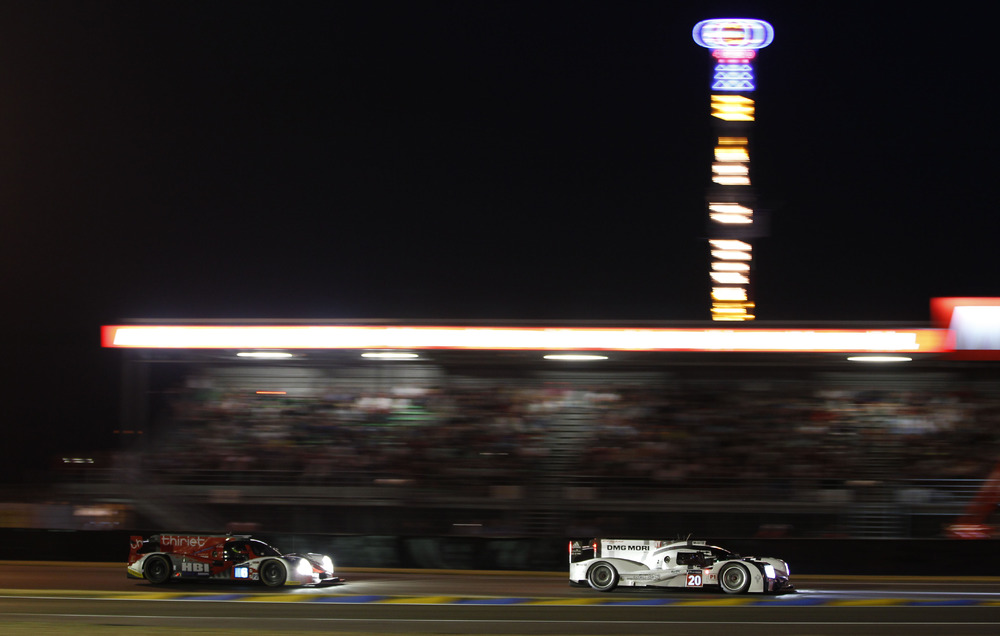 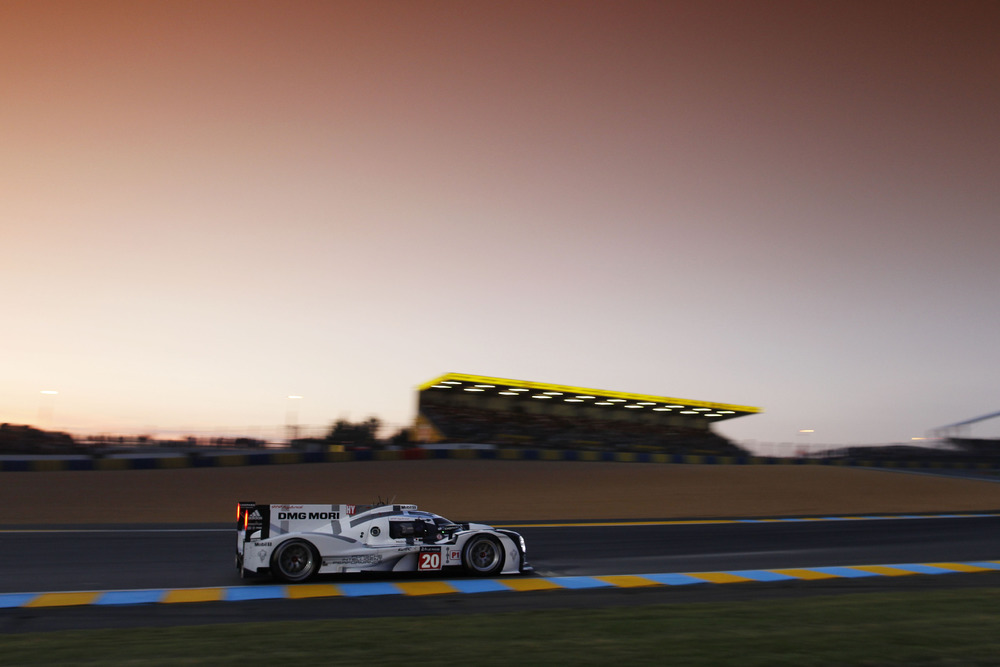 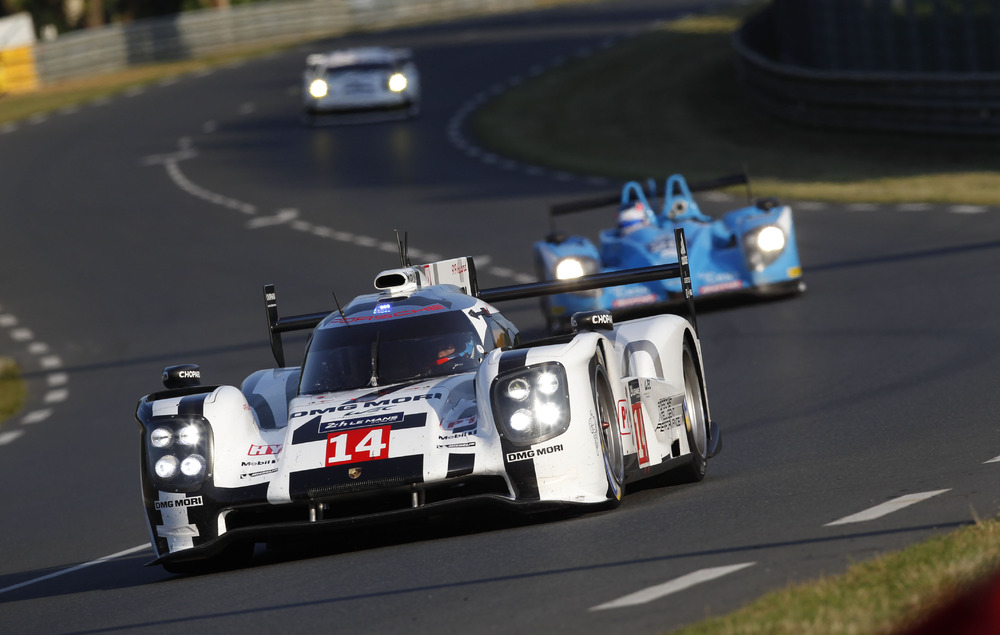 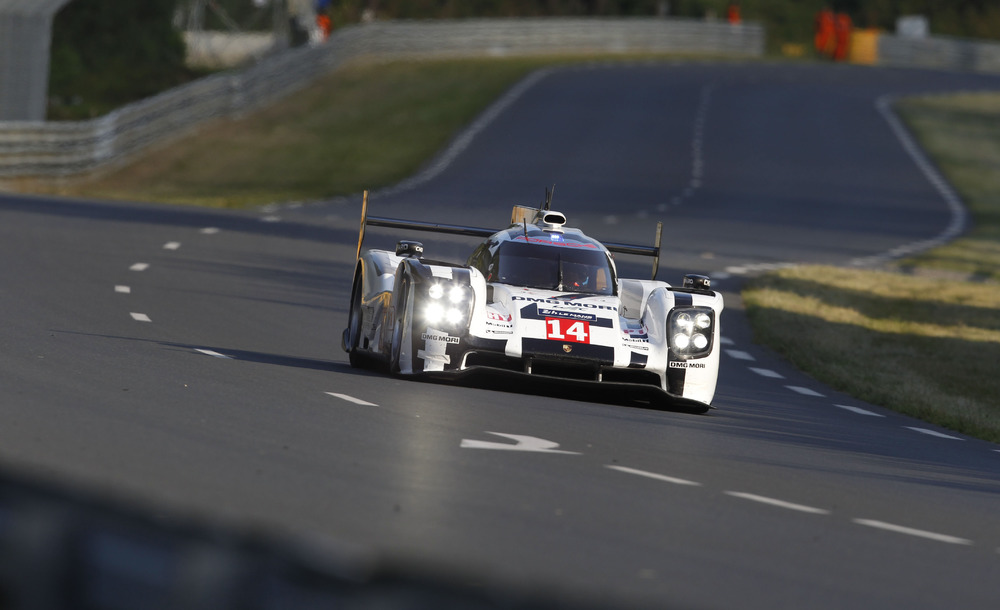 Suttgart . It came as a surprise to the Team when the two innovative 919 Hybrids came first and second in the first qualifying session for the Le Mans 24-Hours on Wednesday night. Brendon Hartley from New Zealand achieved the fastest overall lap time of 3mins 23.157secs, which put the number 20 car on provisional pole position. For the sister number 14 car Neel Jani (CH) secured second place with a time of 3mins 23.928secs. The qualifying session had originally been scheduled to last two hours, but was red flagged after 90 minutes because of an accident.

There are two more qualifying sessions to come on Thursday – 7pm to 9pm and 10 pm until midnight. In Le Mans the fastest qualifying lap achieved with each car counts for the grid position, which is different to the normal WEC procedure. However, for Thursday’s qualifying sessions the Team intends to limit the number of laps. In order to give the crew some rest on Friday before the start of the 24-Hours race at 3pm on Saturday, the Team will prepare the cars on Thursday for the marathon, and so doesn’t want to put too many miles on the parts to be used in the race.

Earlier today, the four hour free practice session, held from 4pm until 8pm, was technically trouble free for the Team. The trio in the number 20 car completed 35 laps with the fastest lap time being 3mins 26.602secs and came sixth. The sister number 14 car covered 43 laps, the fastest being 3mins 27.374secs, which meant seventh on the time sheets. The free practice session was red flagged for 50 minutes due to a heavy accident involving Loic Duval. The Team wishes the Audi driver a speedy recovery.

Andreas Seidl, Team Principal LMP1: “The first qualifying session has been interrupted by red flags and finally stopped early. Both Neel Jani and Brendon Hartley managed to get a relatively clear lap each. Compared to free practice earlier today, the lap times in qualifying clearly have been an improvement. We made changes to the car, which paid off. P1 and P2 are a nice glimpse and the result of a strong team effort. We have a good base line now for the two final qualifying sessions on Thursday. However, we are well aware that our competitors could not exploit their full potential because of the interrupted session.“

Drivers 919 Hybrid #14
Romain Dumas: “My team mates have shown that the car was a lot better in qualifying than it had been in free practice – quicker in all three sectors. Of course we cannot judge our competitors yet, but we are making progress with our car. Overall it was a difficult day with accidents and red flags.“

Neel Jani: “I didn't get a free run in the beginning because there were yellow flags and I had to slow down twice. Under such circumstances, I am pleased with my best lap time as I couldn’t really attack. Now we hope that we can push tomorrow without being slowed-down by yellow flags and try to further improve our lap times. We have made good progress on the set-up since free practice, which you can see by the time sheets. I think we can go even faster.“

Marc Lieb: “My qualifying run was way from ideal because of all the yellow and red flags. I had no clear lap and no chance to get into a rhythm. At least I now need just one more lap in the dark to be able to qualify. In free practice we struggled a bit with the set-up, and for qualifying we made quite a few changes which guided us in the right direction. I think we are heading in a good way.“

Drivers 919 Hybrid #20
Timo Bernhard: “In free practice we were working very hard and gathered a lot of data to improve the car. Because of red flags the first qualifying session was cut in half. I think it will be a tough fight tomorrow in the remaining sessions.”

Brendon Hartley: “It was a good first run at the start of the first qualifying. I was suprised to see that I topped the timing monitor. But obviously it is the very beginning of qualifying and we have a long way to go. Now we will continue the test-programme. I think we have already learned a lot from today.“

Mark Webber: “I didn’t catch the smoothest window for my run in qualifying. The yellow flags were not great for the rhythm. But we have made good progress with the car since free practice, and I feel more comfortable in it than I did at the pre-race test. I have just had my first experience of driving at night in Le Mans for 15 years and I’m looking forward to getting more of this.”