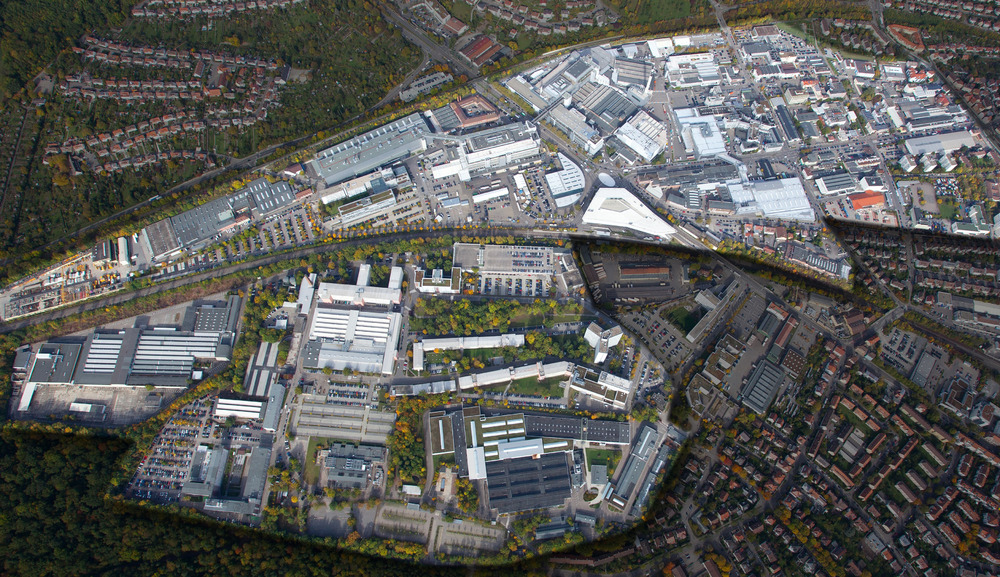 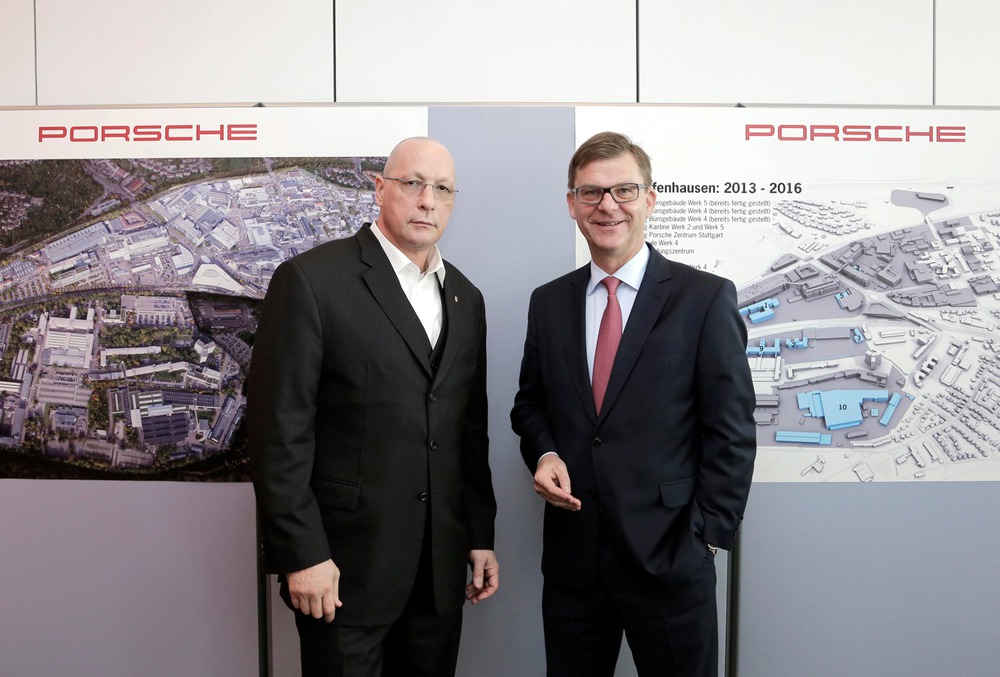 Stuttgart . Dr. Ing. h.c. F. AG is expanding its headquarters in Zuffenhausen – and the first building projects are already underway while normal operations continue. Pursuing its policy of general growth, the sports car manufacturer is investing a total of 300 million Euros over the next few years, with projects including a new training centre, a new engine plant and office and service buildings. The basis for the expansion was the purchase of large plots of land southwest of the headquarters. The purchase of the former Layher, Deltona and Daimler sites has more than doubled the size of the plant since 2011, from 284,000 m2 to 614,000 m2.

"With large investments being made in new production sites and administration buildings, we are documenting the importance of Zuffenhausen as the headquarters now and in the future. This is not just about creating modern workplaces. It is also about providing an appropriate infrastructure for our staff, such as a quality restaurant and sufficient parking on site. We are making the company fit for the future - and making even more attractive as an employer", says Thomas Edig, Deputy Chairman of the Board and Member of the Board Human Resources at AG.

Uwe Hück, Chairman of the General and Group Works Council at , sees the investments in a broader context: "The heart of our iconic 911 beats at our headquarters in Zuffenhausen. There are now over 3,000 more staff working here than there were four years ago. Controlled and sustainable growth is therefore important, but we do have to uphold our social responsibilities and adjust our infrastructure. Profits are important to defend social accomplishments. We have therefore agreed a policy for safeguarding the future of the site in which productivity and investments are stipulated. These investments are a strong proof of faith in the quality of our work and in our colleagues' performance.”

Construction of the new training centre, to be opened in 2015, was already started at the end of last year. The former tram depot, some 9000 m2 in size, is to become home to a newly constructed building with capacity for more than 450 trainees. The building is to boast not only a training workshop that has yet to find its equal, but also training classrooms, office areas and underground parking.

The construction of the new engine plant is to start at the end of May and is designed to house the production of a new generation of engines. The new building with a floor space of 25,000 m2 will host logistics, assembly and office spaces. The buildings previously used for these purposes are already dismantled.

The central Zuffenhausen workshops are to be built on a parcel of land on the former Daimler premises measuring some 74,000 m2. The existing buildings will be converted accordingly from spring 2015. Besides specially equipped workshops there will also be accommodations for the sales of company cars, the internal vehicle fleet and training for dealer organisations.

Expansion at the Centre Stuttgart

In response to increased demand placed on the service area and the launch of the new , the Centre Stuttgart is also being expanded. Construction is scheduled to start mid-March and will be completed by the end of 2014. Planning intends to expand the workshop area of the branch by 700 m2 to a total of 1,970 m2. An additional parking deck will be built directly over the workshop area.

Increasing the capacity of the canteens

The canteen extension in plant 2 was opened back in June 2013. This has increased its capacity from 1,900 to 2,400 meals per day. The extension of the company canteen in plant 5 was also completed in March this year. In the original area, the entire kitchen equipment and servery are currently being completely revamped. From mid-October it will have capacity for an extra 1,000 meals a day for the employees.

In response to the increasing number of employees, is also providing more parking spaces in the course of the construction and conversion activities. While in 2011 there were only 3,100 spaces available, from 2015 this figure will rise to 5,700.