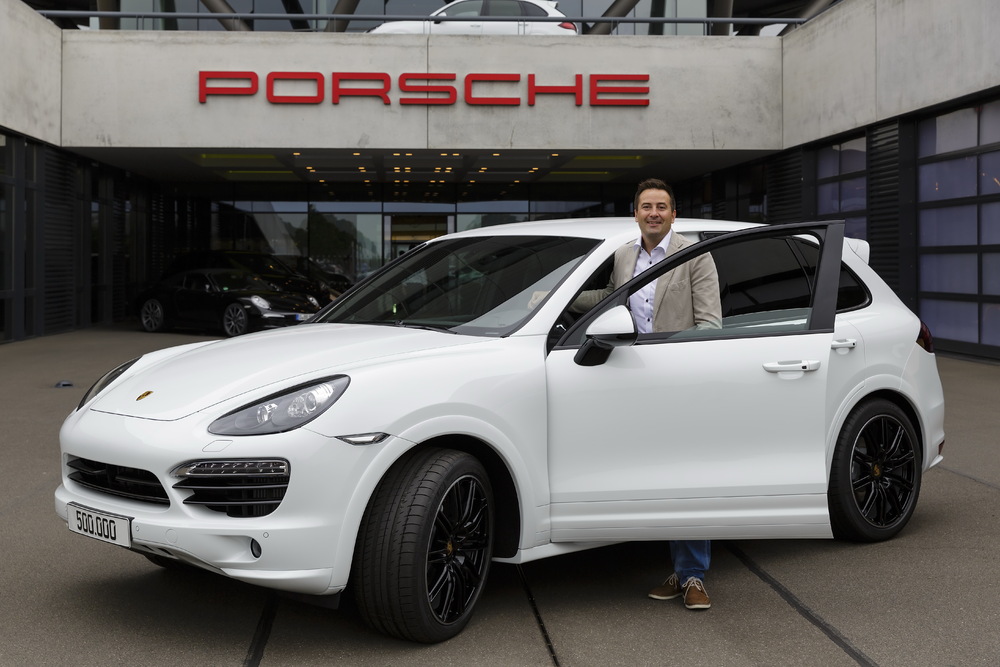 500,000 made in Leipzig model range with the largest volume celebrates a milestone

Stuttgart / Leipzig. When the first rolled off the assembly line at the Leipzig plant in 2002, nobody could foresee how very successful the sports-car SUV would be. “We started with around 70 units a day. Today we produce five times as much owing to the high market demand. In the past year alone, over 83,000 vehicles for customers in more than 125 countries have rolled off the assembly line. A genuine success story of the plant in Saxony,” explains Dr. Oliver Blume, Member of the Board Production and Logistics of Ing. h.c. F. AG. Today, the 500,000th unit of the bestseller produced here in Leipzig will be handed over to its owner.

Picking up their new vehicle in person, every year around 2,500 customers from all over the world use this opportunity and experience a to its very lim-its when driving on the plant's proprietary, FIA-certified circuit and the off-the-road track. And so did the proud customer of the 500,000th , who travelled from Austria to the Saxon metropolis to accept in a little ceremony the key to his white S Diesel with a 382 hp V8 engine.