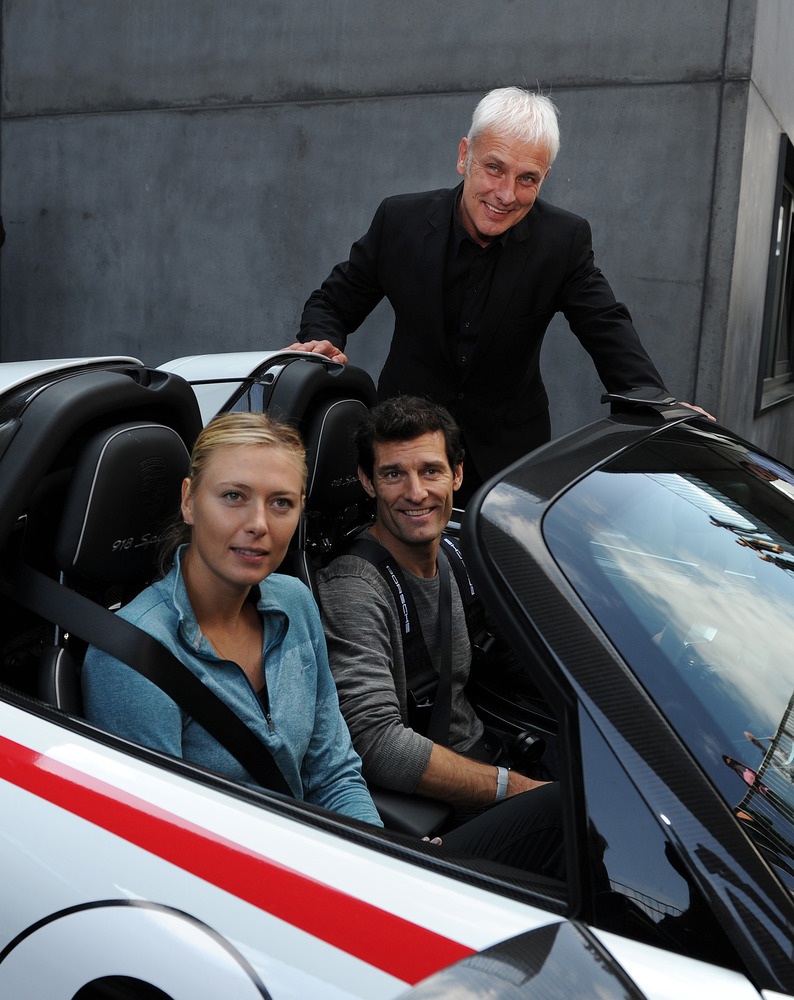 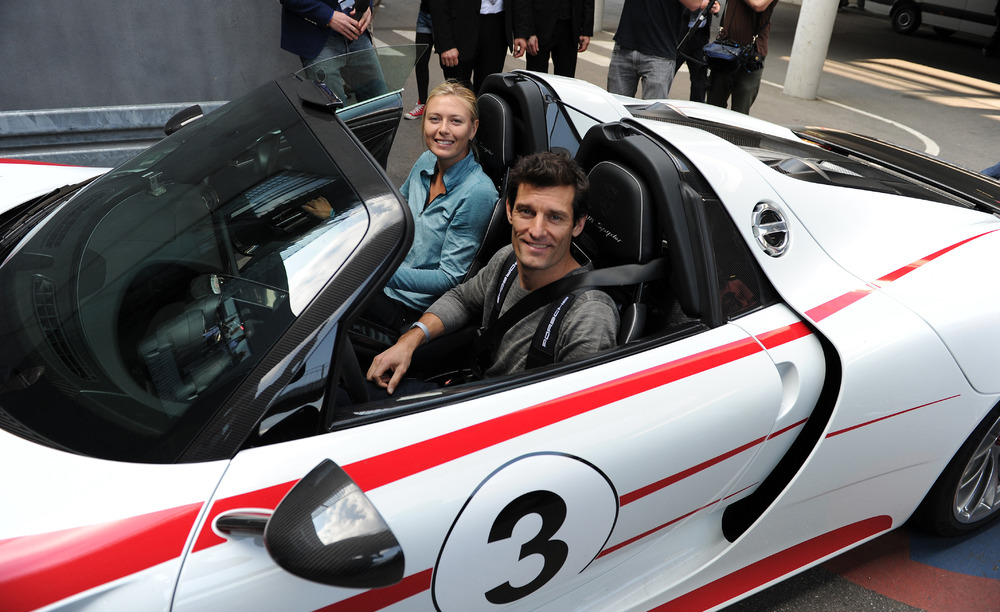 Maria Sharapova and Mark Webber: joyride in the 918 Spyder The tennis star and the race driver go for a drive in ’s super sports car

Stuttgart . Tennis star Maria Sharapova sped through her semifinal match at the Tennis Grand Prix. It took the title holder from Russia just 59 minutes to clinch a place in her third final in succession at the world class Stuttgart tournament by beating Sara Errani (Italy) on Saturday. And speed also played a part in her second appointment of the day as Mark Webber, the former Formula 1 star and new works driver, took the tennis diva out for a joyride around the surrounding Stuttgart area in ’s super sports car, the 918 Spyder. At the invitation of Matthias Müller, Chairman of AG, the sports-loving Australian visited the WTA tournament in the Arena where he watched Maria Sharapova’s victory live from the side of Centre Court.


Please note: the Tennis Grand Prix, Team Germany and Talent Team Germany photo libraries, a part of the Press Data Bank, are available to all accredited journalists at the internet address http://presse.porsche.de.