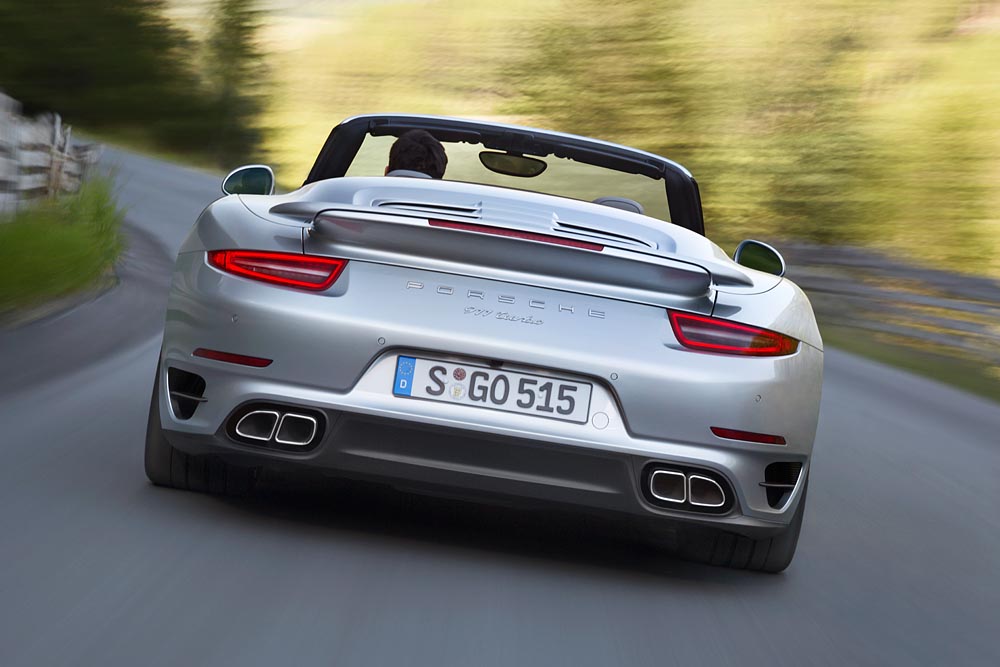 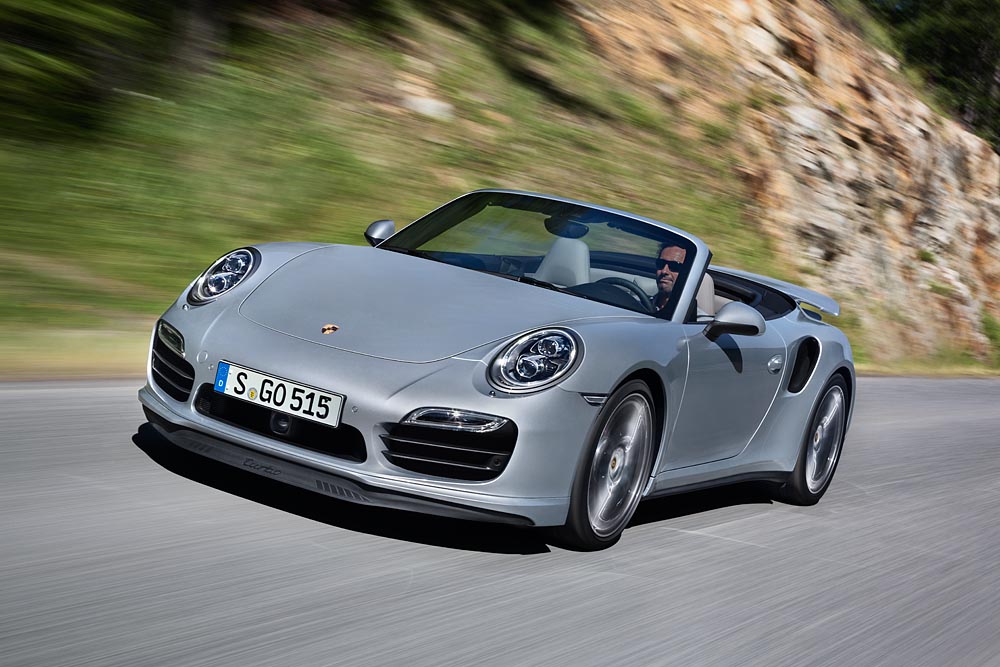 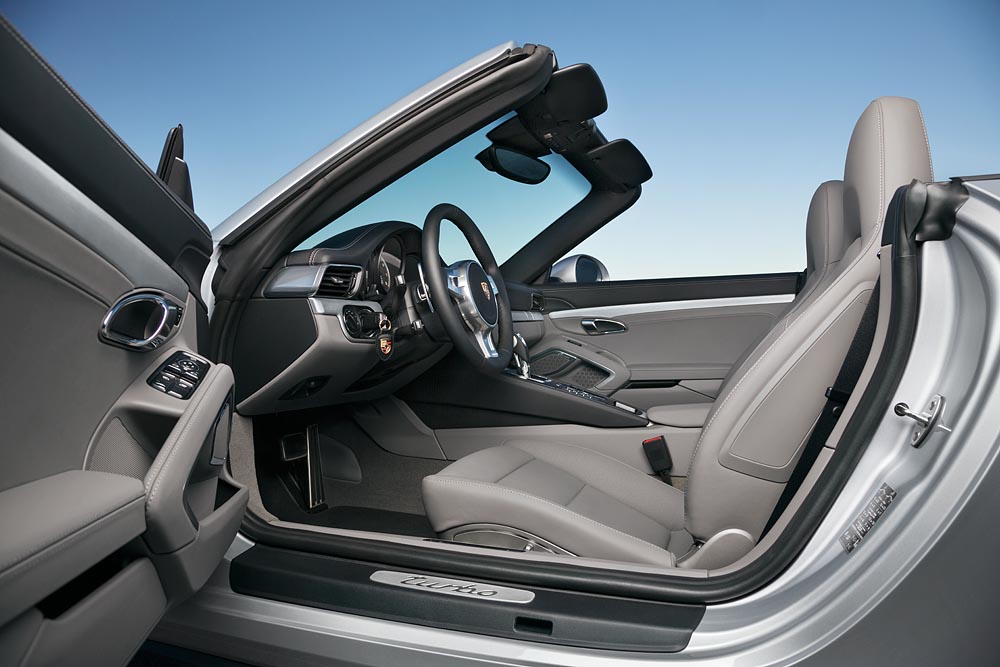 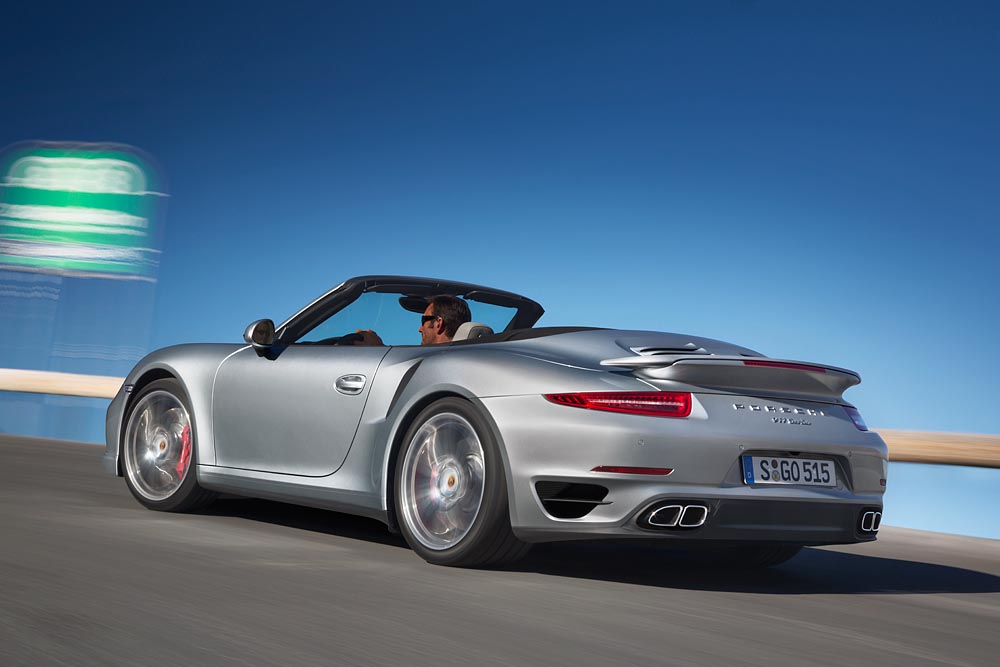 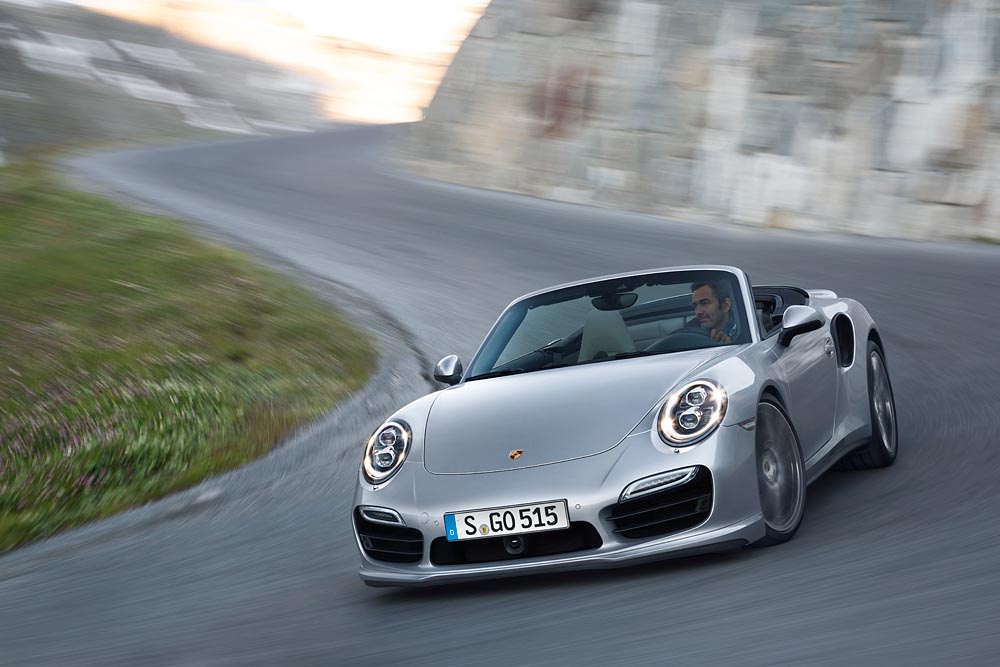 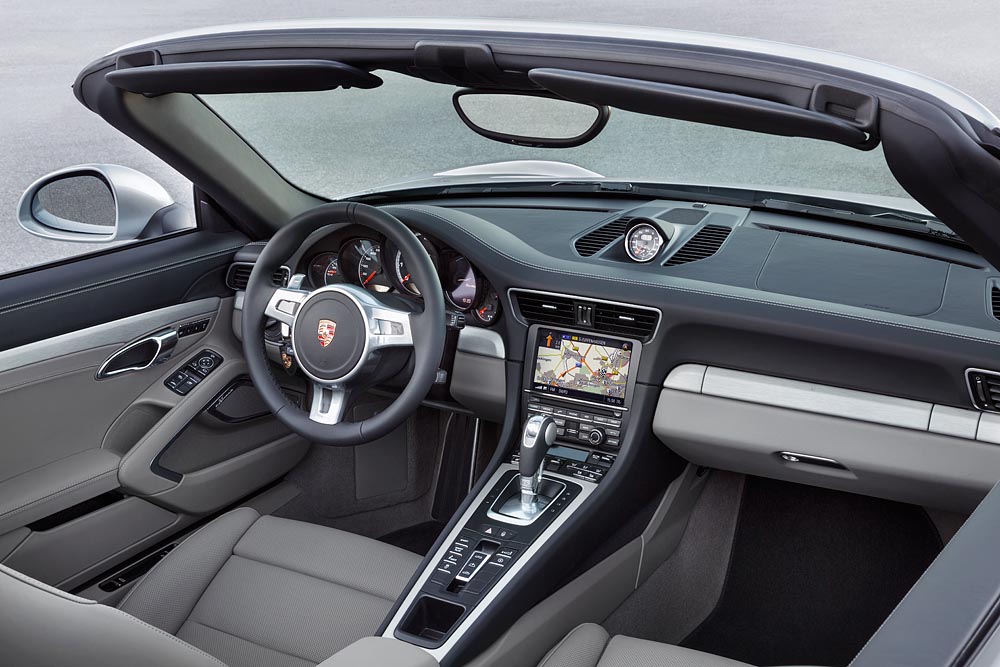 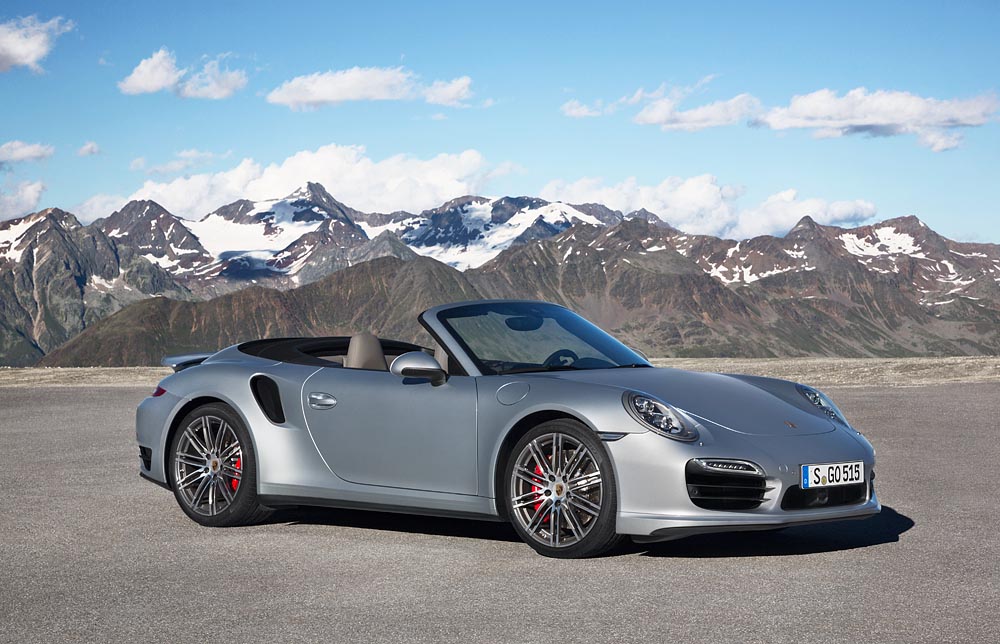 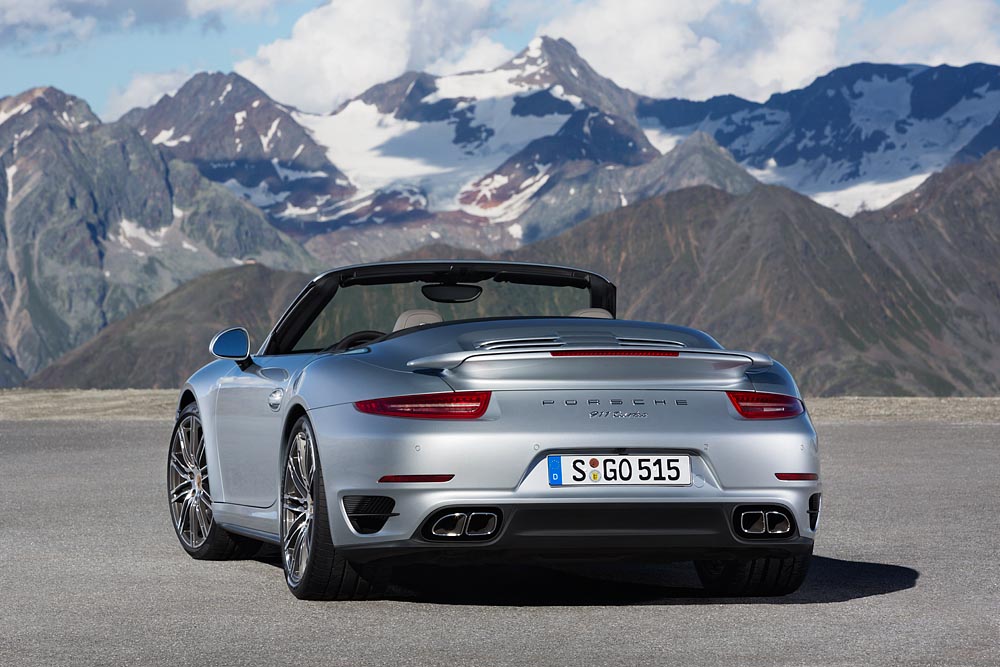 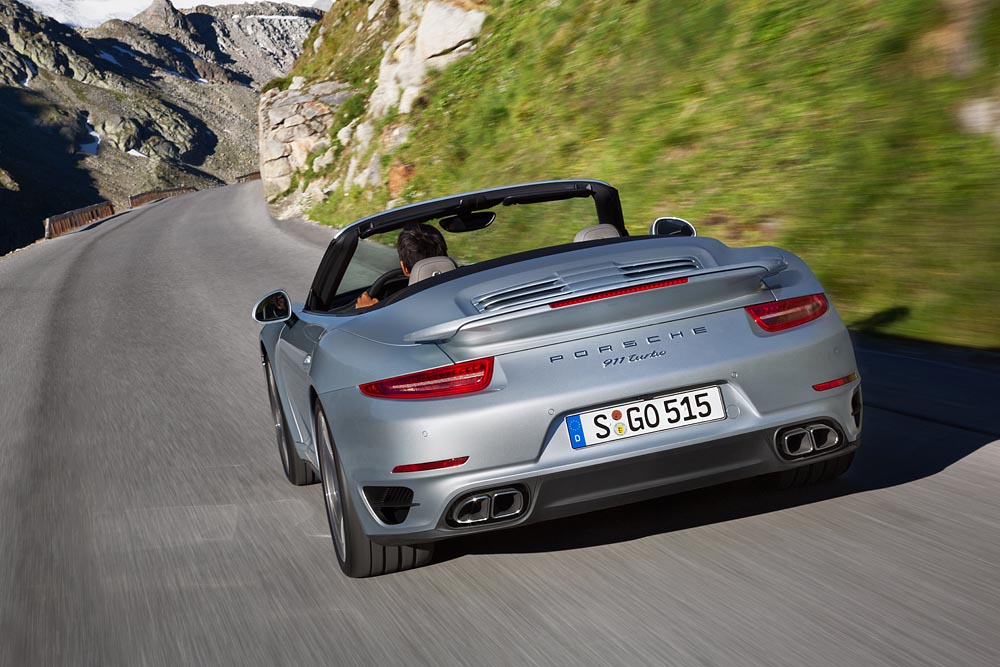 Stuttgart . The dynamic range of the new 911 models1) multiplied by the driving pleasure offered by an open-top sports car: This is the succinct formula behind the two new leading 911 Cabriolet models. Some 50 years after the 911 first made its début and to coincide with the 40th anniversary of the 911 , the open-top versions of the 911 and 911 S are making their global début. The vehicles will be unveiled for the very first time at the Auto Show in Los Angeles on November 20. By adding the two new leading 911 models into the mix, is doubling its offering of the top-of-the-range models to four versions.

In supplementing the range, the 911 Cabriolet and 911 S Cabriolet2) deliver the same blend of dynamism, performance and efficiency offered by the model unveiled a few months ago. Expressed in figures: The turbocharged 3.8-litre six-cylinder engine delivers 520 bhp (383 kW) in the open-top 911 and 560 bhp (412 kW) in the S model. The cars accelerate from zero to 100 km/h in 3.5 and 3.2 seconds respectively, reaching a top speed of up to 318 km/h. And all this while achieving fuel consumption figures below the ten-litre limit: Both of the new top-of-the-range Cabriolet models rest assured in the New European Driving Cycle (NEDC), boasting figures of 9.9 l/100 km (equivalent to 231 g/km CO2). When compared against the respective predecessor models, the new vehicles deliver 30 bhp more power and are 0.2 seconds faster in terms of their standard acceleration. They are also up to 15% more efficient.

Active rear-axle steering and active aerodynamics for even greater dynamism on the road
The driving dynamics offered by the two new top-of-the-range Cabriolet models is something that cannot be expressed in simple figures. Boasting PDK dual-clutch transmission as standard and the new PTM all-wheel drive, as well as featuring rear-axle steering and active aerodynamics, the open-top 911 models are now also establishing the leading technology in the open-top super sportscar segment. While the rear-axle steering has an immensely positive impact on handling for the two new super sportscars, both on the racetrack and during everyday use, the active aerodynamics can be tuned to offer optimum efficiency or driving dynamics at the touch of a button, depending on the driver's wishes.

More than ever before, both of these new top-of-the-range models also make a clear visual statement about their performance. The characteristic, widely flared rear wings of the new 911 generation are 28 mm wider than those of the 911 4 models – a virtually level surface of just over a hand's width extends out from the C-pillar to the outer edge of the vehicle. The impressive effect of this width is accentuated still further when the top is down.

Another eye-catching feature of the 911 Cabriolet is the exclusive panel bow top with its lightweight magnesium frame. This innovative technology enables the -like arch to the roof to be achieved when the top is closed. This arch, which also offers advantages in terms of aerodynamics, is not feasible using conventional construction techniques. As with predecessor models, the roof opens and closes in around 13 seconds, at speeds of up to 50 km/h.

Premium furnishings in the interior
The interior of the new Cabriolet models follows that of the 911 . The S-model boasts a particularly extensive range of furnishings, with features including an exclusive interior in Black/ Red and adaptive Sport Seat Plus seats with 18-way adjustment and memory. In addition, the backrest shells of the seats are leather trimmed with double cap seams, and various elements are achieved in a carbon look. As with the predecessor models, the sound system is fitted as standard – and, for the first time, a system is also available on request. What's more, the radar-controlled adaptive Cruise Control system, camera-based road sign and speed limit recognition function and reversing camera are also available as options.