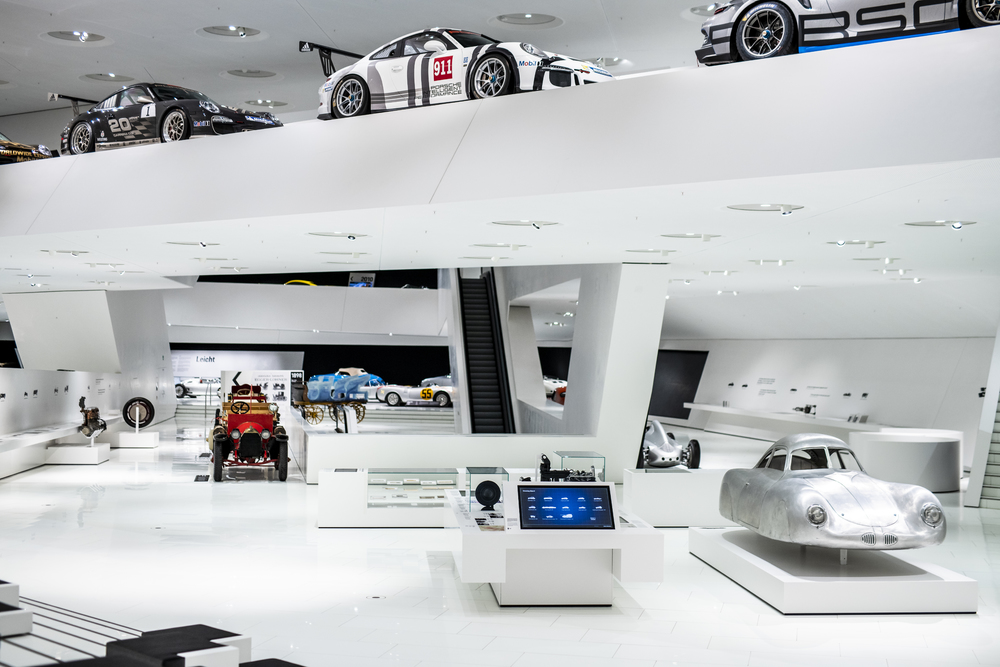 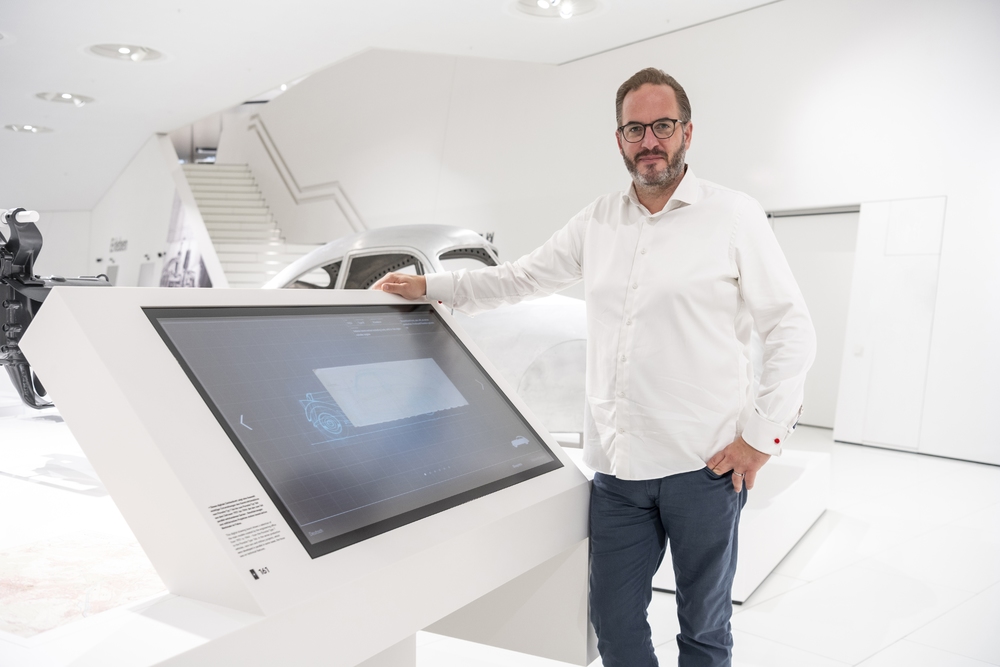 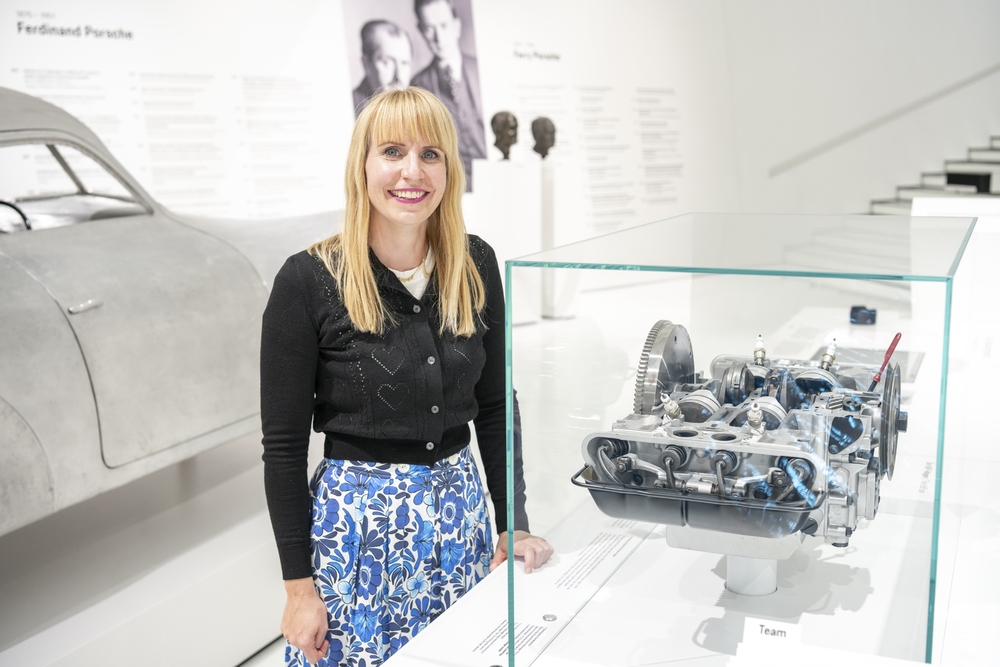 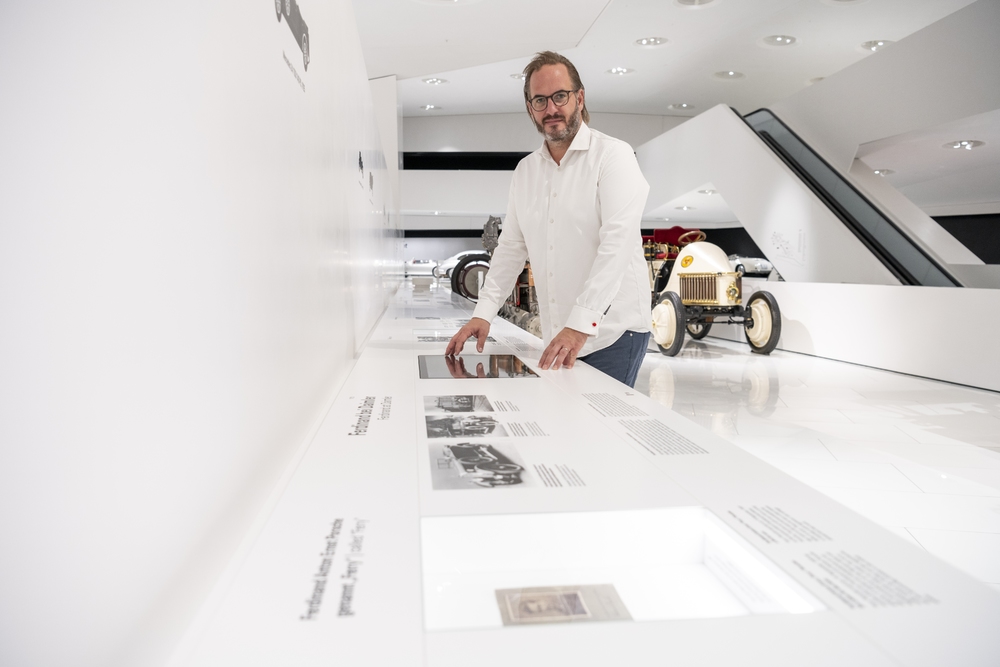 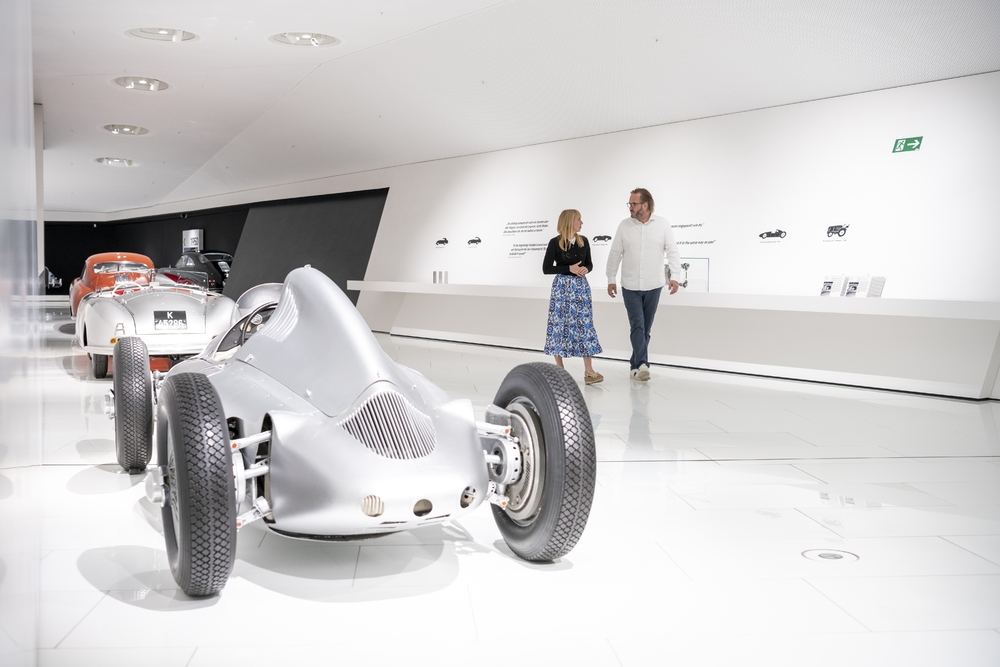 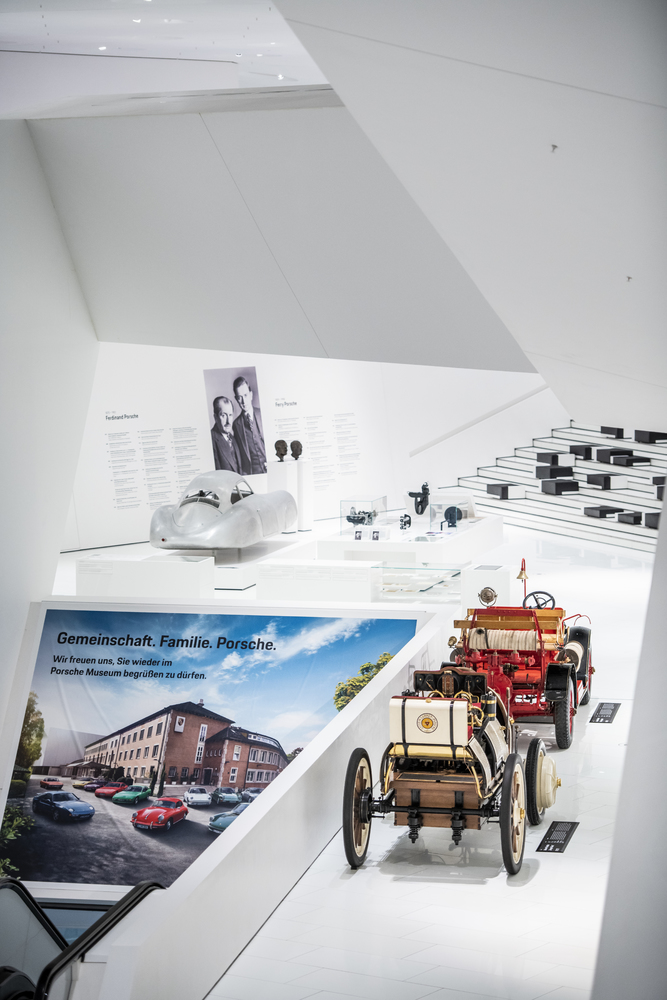 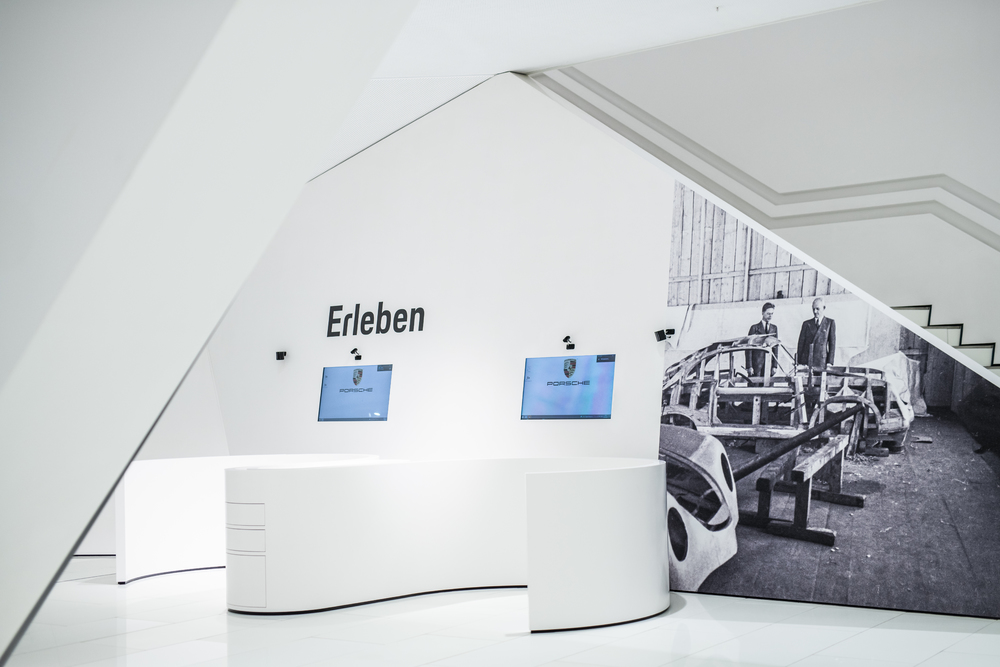 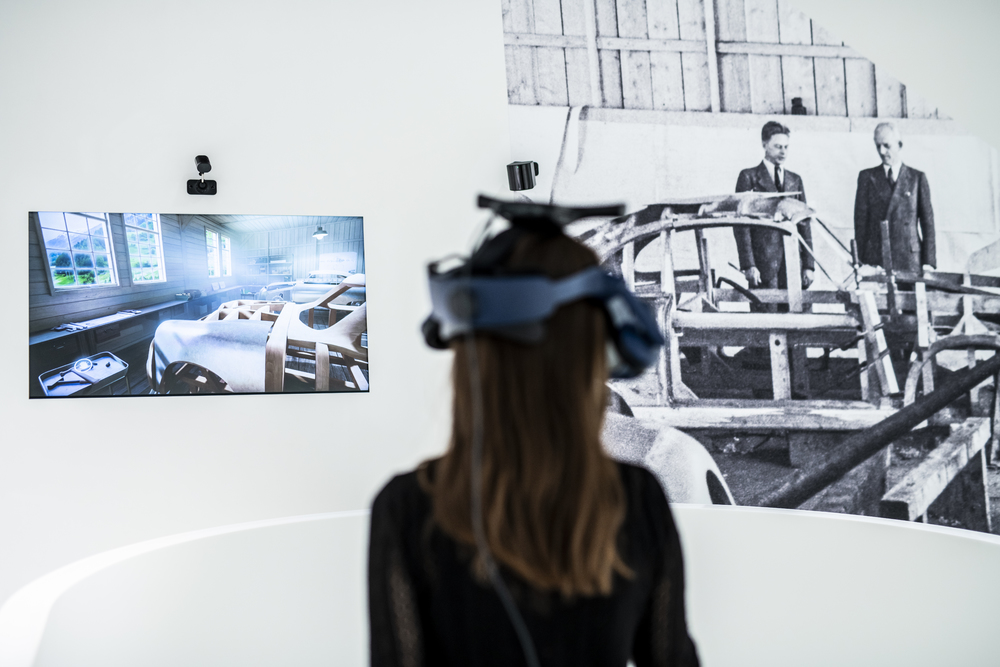 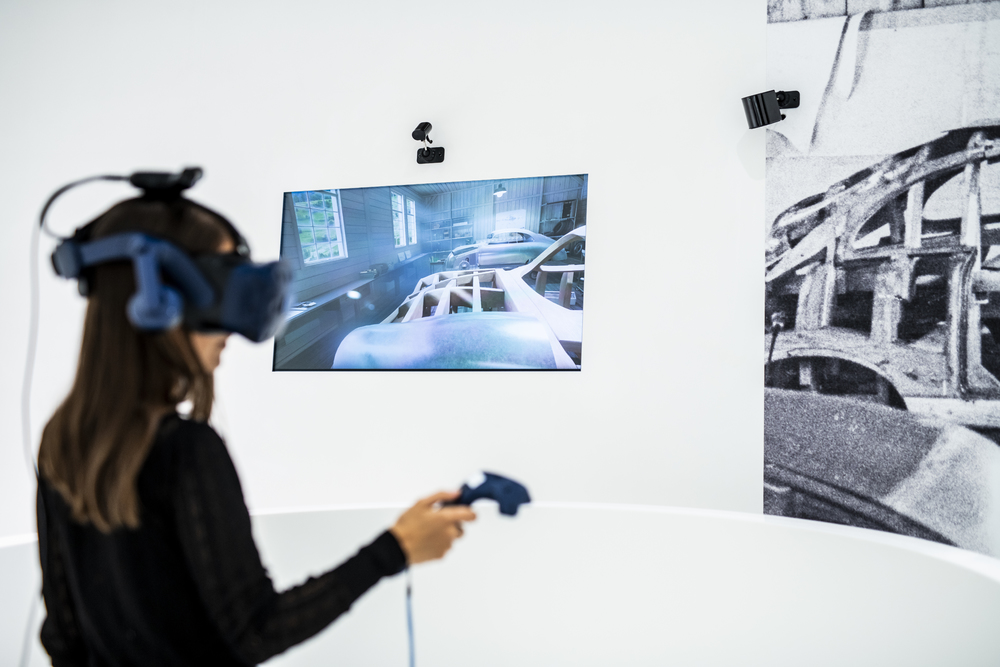 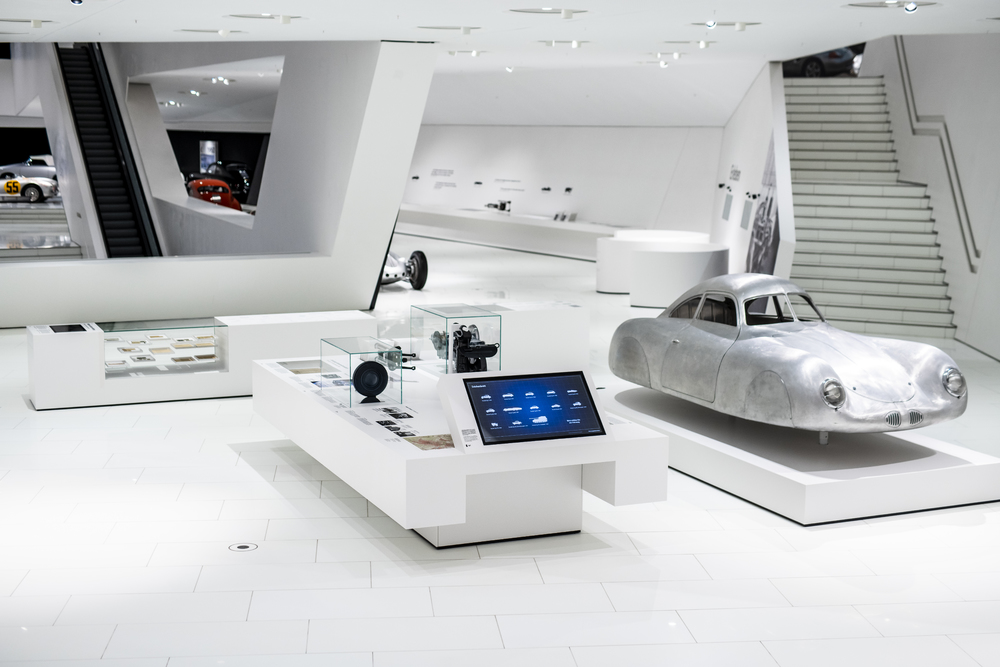 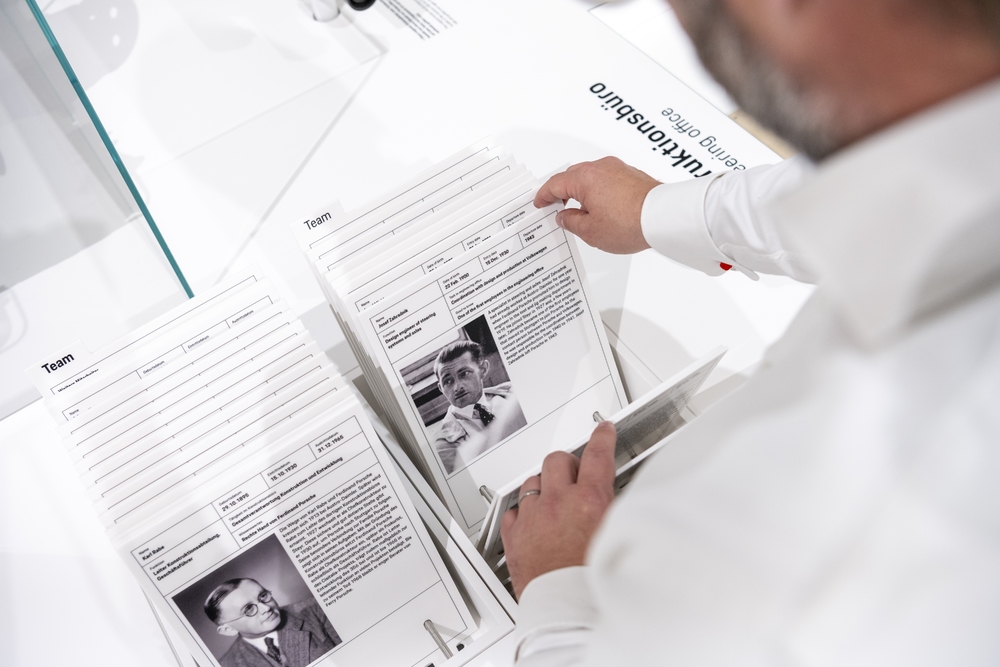 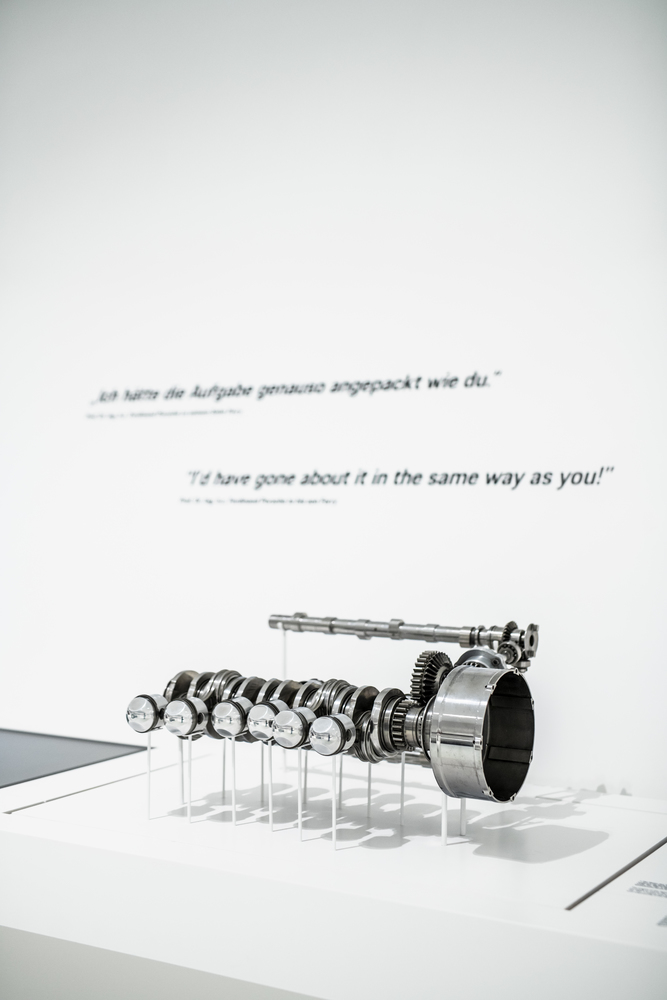 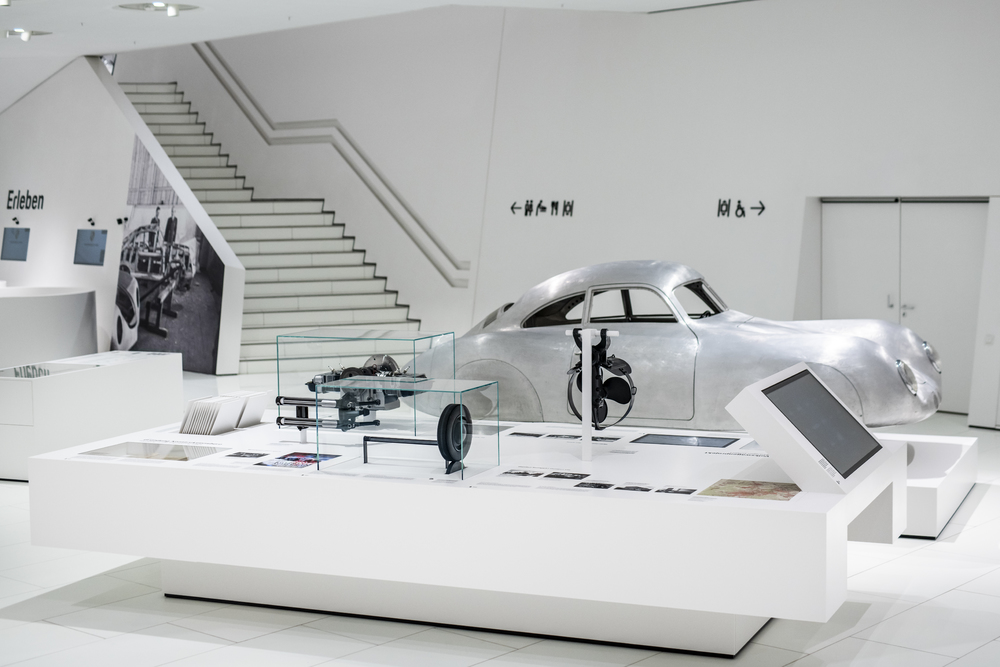 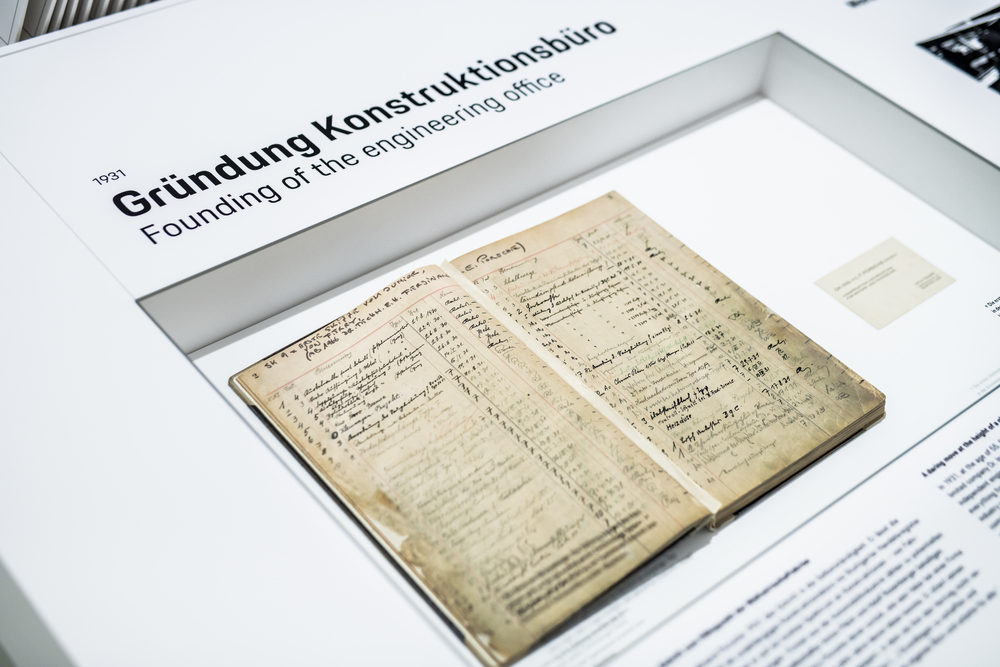 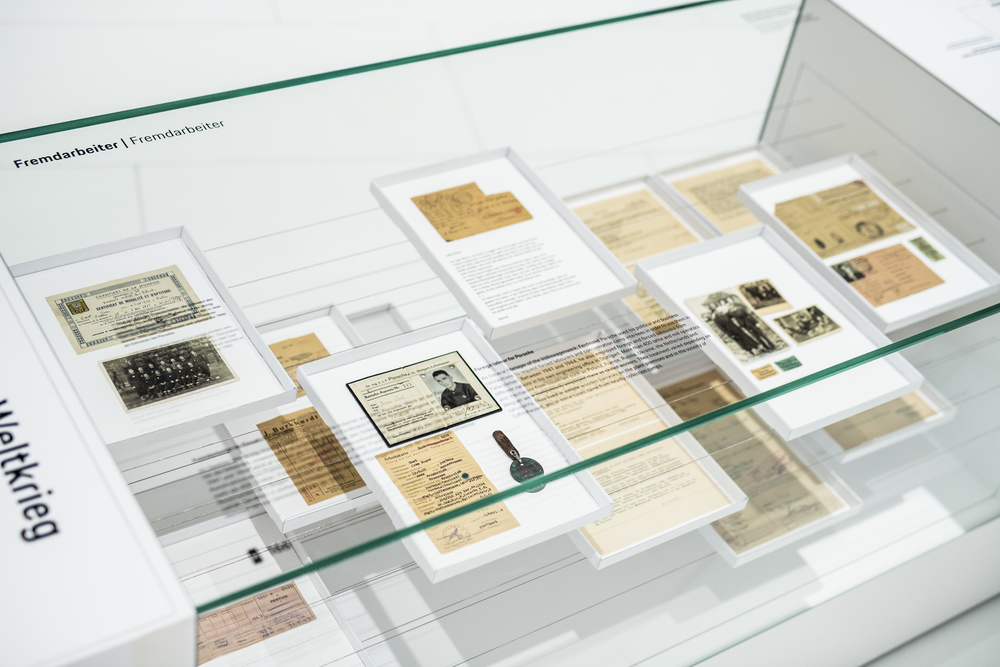 New addition to the permanent exhibition at the Museum Extended prologue/’Mission Future ’: electricity has been part of ’s history from the outset

Stuttgart . It is a strongly held belief in the and Museum department, that no two visits to the Museum in Stuttgart-Zuffenhausen should be the same. This means that the exhibition is continually being updated and made more interactive. In recent months, the team has been working hard on the prologue, which provides an introduction to the exhibition. The moment visitors reach the top of the famous long escalator, with its special view into the company’s archive library, they embark upon a thrilling journey through time. “After more than a year of research, planning and implementation we’re delighted to be able to present our new, overhauled prologue. We have installed many new interactive touch points, and more than 20 stations, three functional models and numerous never-before-seen exhibits now await our visitors,” says Achim Stejskal, Head of and Museum. “Our new prologue features more of the faces behind our history than ever before, making it much more human. We don’t just see Ferdinand and Ferry , but also their team,” reveals Stejskal.

As guests enter the exhibition from the top step of the escalator, they are greeted with the oldest surviving vehicle that Ferdinand worked on: the Egger-Lohner C.2 from 1898 welcomes visitors from its podium, symbolising the central theme of ‘Future ’, since electricity has been part of ’s history from the very beginning. Ferdinand ’s fascination with electricity led to him exploring e-mobility. It is now 123 years since the vehicle, which had front-axle steering and an octagonal electric motor mounted in the rear of a Lohner carriage, drove through the streets of Vienna for the first time. This ties together ’s story right from the start, linking the past both to the present and to state-of-the-art technology.

The first part of the exhibition gives an overview of the stations that follow. Thanks to the newly designed prologue, the visitor experience is more varied, right from the outset. Digital and analogue displays combine with education, entertainment and greater interactivity: from Ferdinand to Ferry – from 1875 to 1949. On one side of the new prologue, visitors can see an area dedicated to the company’s founder, Ferdinand , with exhibits such as the Lohner- Semper Vivus and the Austro-Daimler Motorspritze fire engine. On the other side, the prologue is dedicated to Ferry and Gmünd in Carinthia, Austria. Visitors of all ages can marvel at exhibits such as the Type 360 Cisitalia and the 356 ‘No. 1’ Roadster – the first sports car to bear the name, and which dates back to 1948 – as well as a 356/2 Gmünd .

The first display cabinet focuses on the life and career of Ferdinand . After turning his hand to the electric vehicle’s motor, he went on to design wheel hub motors and, subsequently, the world’s first functional full-hybrid vehicle. “One of the milestones in the company’s history is hybridisation and the fact that Ferdinand began with electric motors rather than combustion engines. The wheel hub motor is an exciting exhibit. It was innovative because it made the motor steerable,” explains curator Iris Haker. The Lohner- caused quite a stir at the World Exhibition, held in Paris in 1900. Ferdinand broke new technical ground that very same year with the Semper Vivus, the world’s first full-hybrid vehicle. This model used two generators, coupled to petrol engines, to create a charging unit that supplied power to the batteries, and therefore the wheel hub motors.

“The prologue also presents the most noteworthy elements of history that pre-date the brand and answers questions such as: Why are the company’s headquarters in Stuttgart? Where does the relationship between production vehicles and motorsport come from? What links the and Piëch families? Which honorary doctor does still include in its company name today?,” says Frank Jung, Head of Company Archive. One of his favourite exhibits is the digital family album. It includes personal photos of a young Ferry , depicting, for example, his first foray into driving in a small self-built car in 1912. Those who are interested can navigate through the album via a touchscreen. “Another key part of the company history is the foundation of the engineering office in 1931, which we have depicted on an engineering table,” says Jung, talking about the founding of the company and the current brand. In a short a film about the new prologue, he explains the various stations and developments, some of which run in parallel. “We don’t just see Ferdinand and Ferry , we see the whole team,” he continues. From 1931 onwards, Ferdinand drew upon his network to inspire former colleagues, such as Adolf Rosenberger, to work on his ideas alongside him and as partners in the business. During the post-war period, Ferry used his father’s team to make his vision of building his own sports car a reality. At the new engineering office station, visitors can explore eight mini exhibitions, which include the first order book, a digital and interactive drawing board and the torsion bar suspension and powertrain from a Schwimmwagen. The engineering table is home to a number of early developments, original exhibits and functional models. The development of the Volkswagen – originally the Type 60 – is also explained there. The overhauled technical history section provides a visualisation of the four-stroke boxer engine. “The cutaway engine is undoubtedly one of our interactive highlights,” says Haker.

It is important to the team at the Museum to provide an improved understanding of the period leading up to 1948. This is because, although 1948 marked the birth of the brand, the history of the company reaches back much further. The new prologue also takes an in-depth look at National Socialism and the Second World War period. The museum uses a diagram with a large number of branches to illustrate the complex political network in which the company and the individuals were working. Alongside the branch detailing the origins of the Volkswagen and the resulting military versions, visitors can also learn about tank development up to the Kampfpanzer Maus, which developed under project number 205. It is especially important to the company that the station is dedicated to the forced labourers that were used in Stuttgart in the 1940s. Among the documents from that time are the work card and company ID of Frenchman Jean Cast. With these exhibits, the Museum tells the story of these French foreign workers.

The fourth and final station is dedicated to the new start in Gmünd and the return to Stuttgart. Ferry took over the engineering office and founded the brand. Here, visitors can see the Gmünd production plant and hammerform and paint their own 356 thanks to virtual reality. The station dedicated to the Cisitalia engine, which is being exhibited for the first time, provides entertainment of its own. During the course of 1947, the Type 360 Cisitalia, an especially technically sophisticated 1.5-litre grand prix car, was developed in Gmünd, under the responsibility of Ferry and his team. Next to this is a digital shadow of the V twelve-cylinder engine (180 degree cylinder bank angle) on a monitor, which reveals more about its construction and the special features of the racing car project. On the digital test bench, visitors can put their foot on the gas and virtually experience this unique engine in action. “We have succeeded in enriching the exhibition and splitting it into logical sections so that our visitors can discover something new, even if it’s their fifth visit,” concludes Haker. A wealth of additional information is also available in the multimedia guide, in a number of languages.

The Museum is open Tuesday to Sunday, from 09:00 to 18:00. The current health and entry requirements can be found on the website: www.porsche.com/Museum.