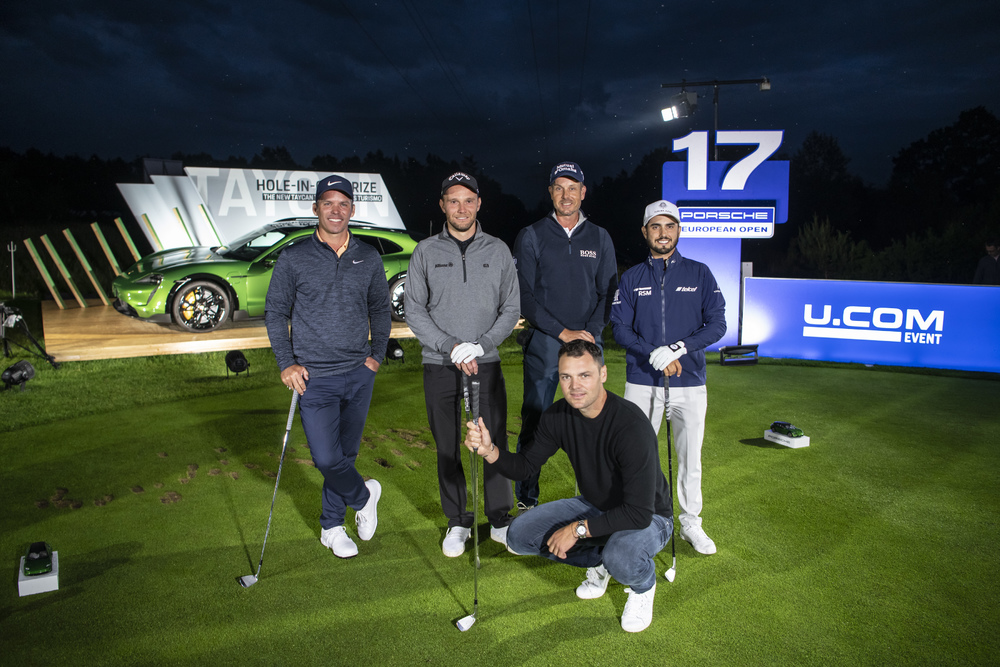 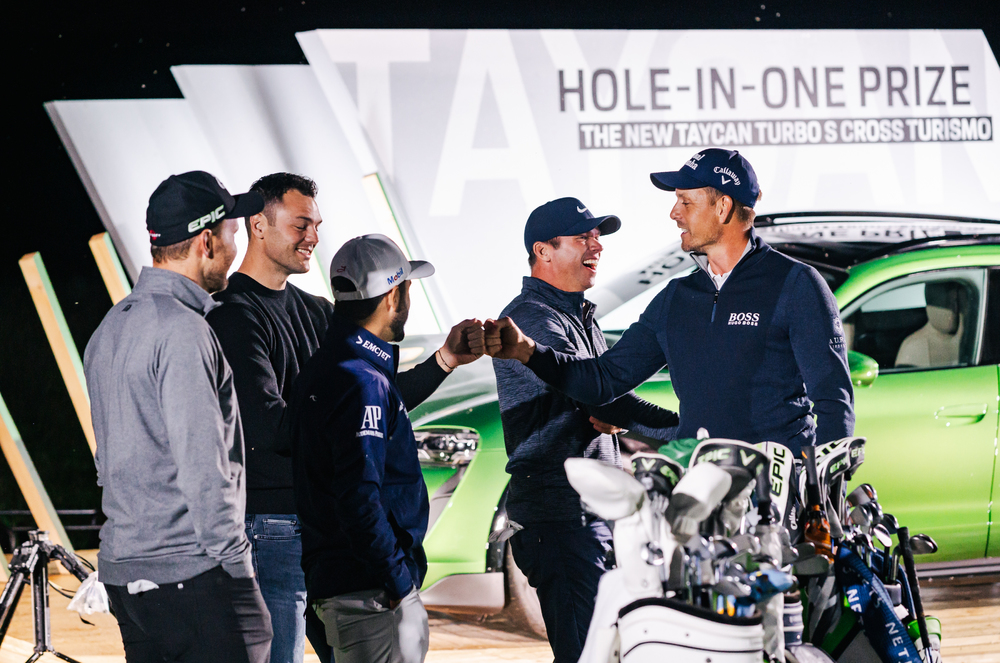 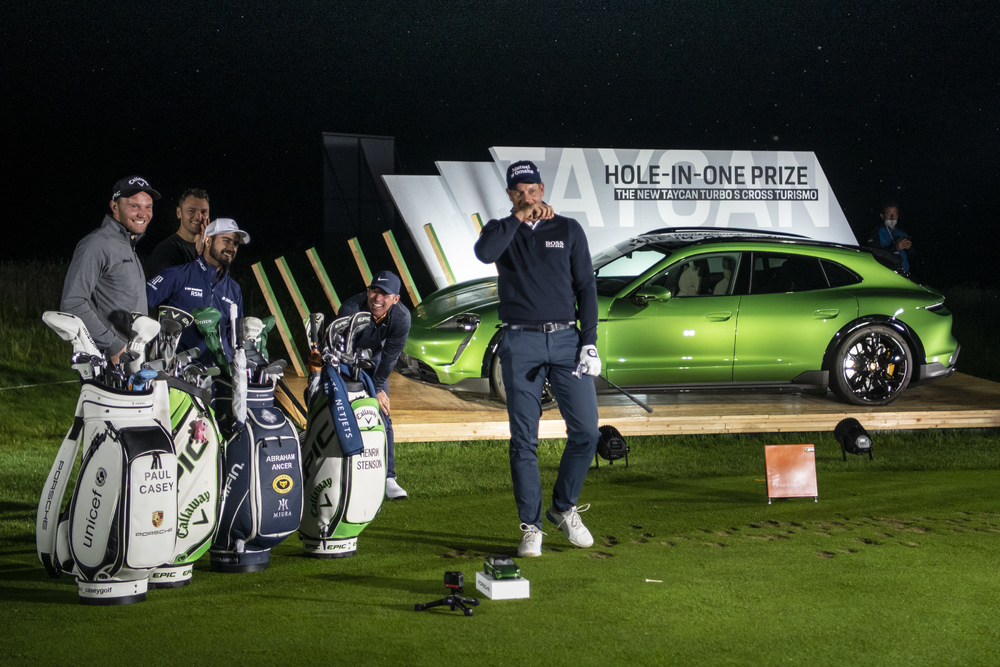 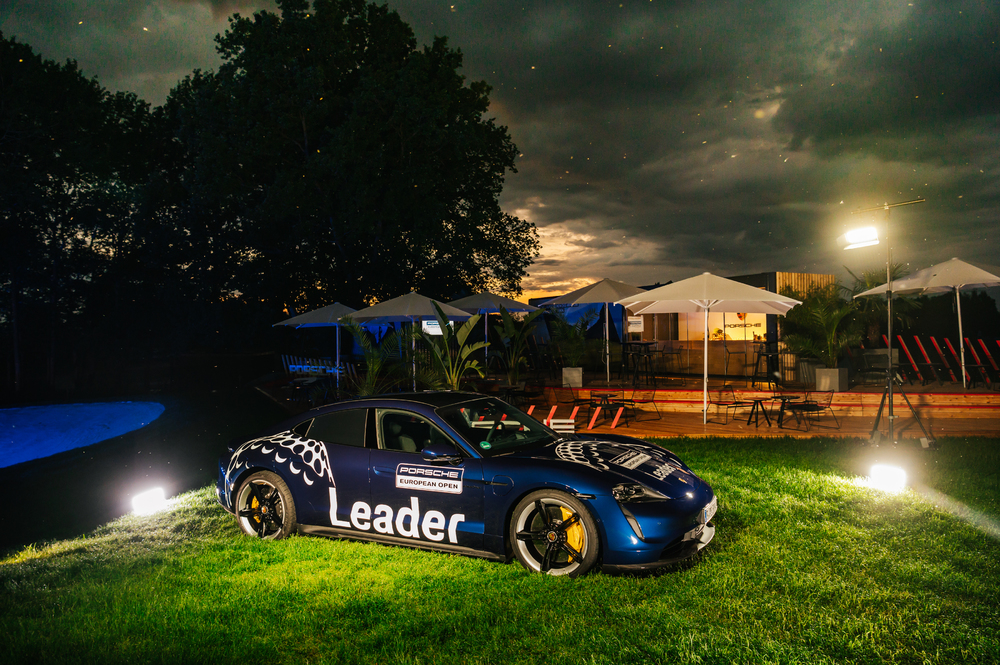 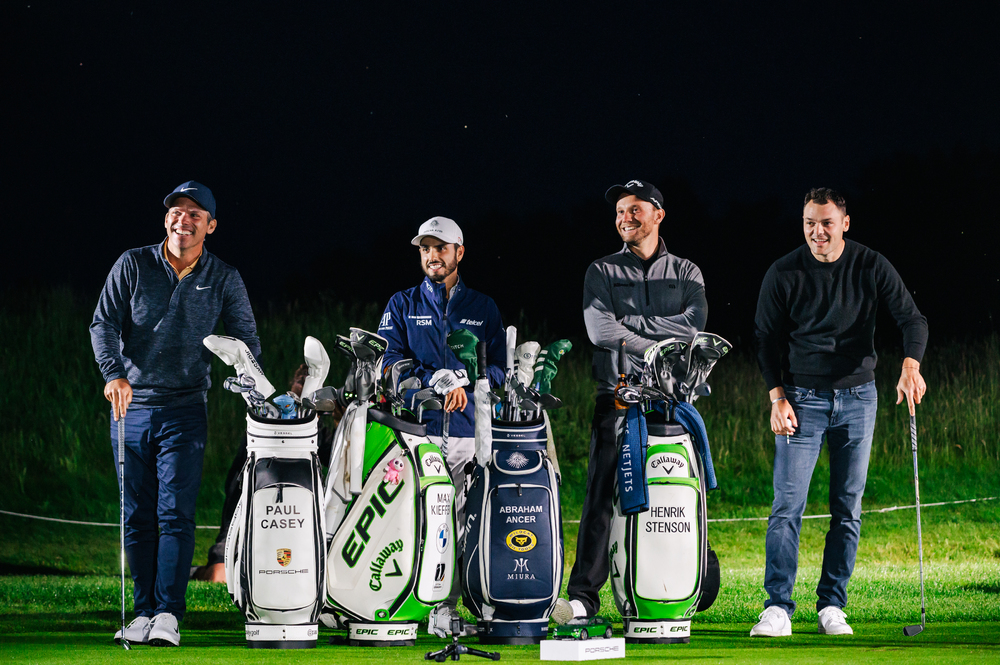 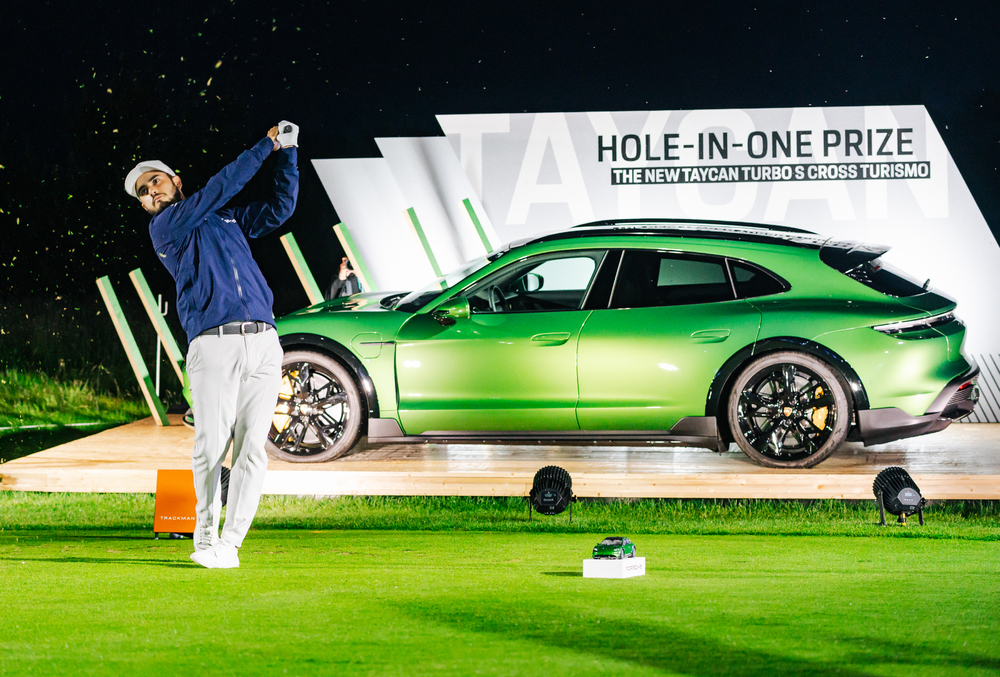 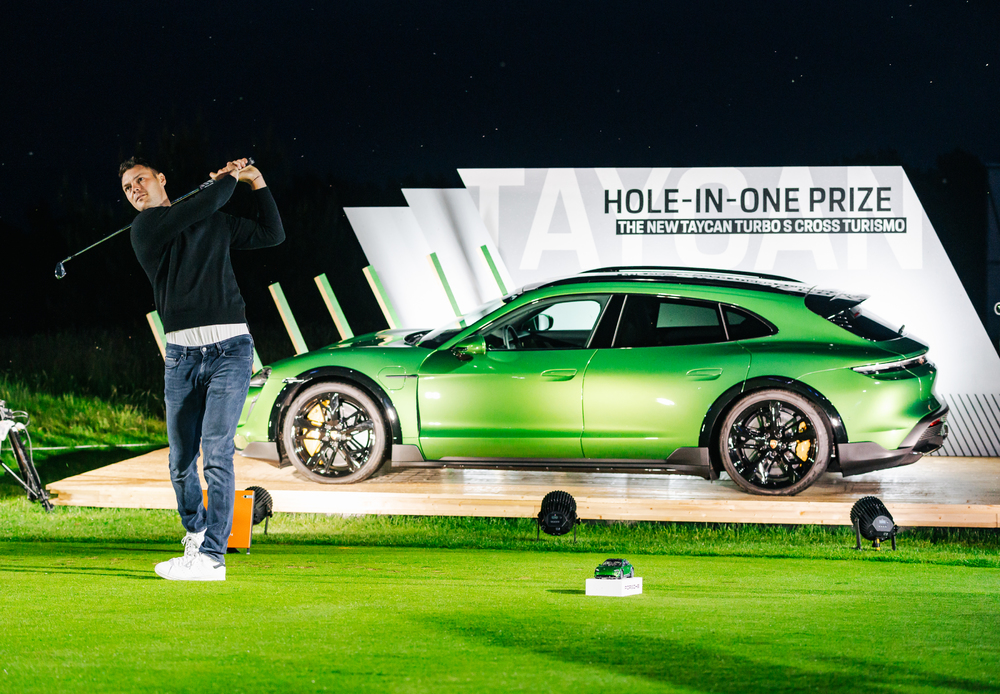 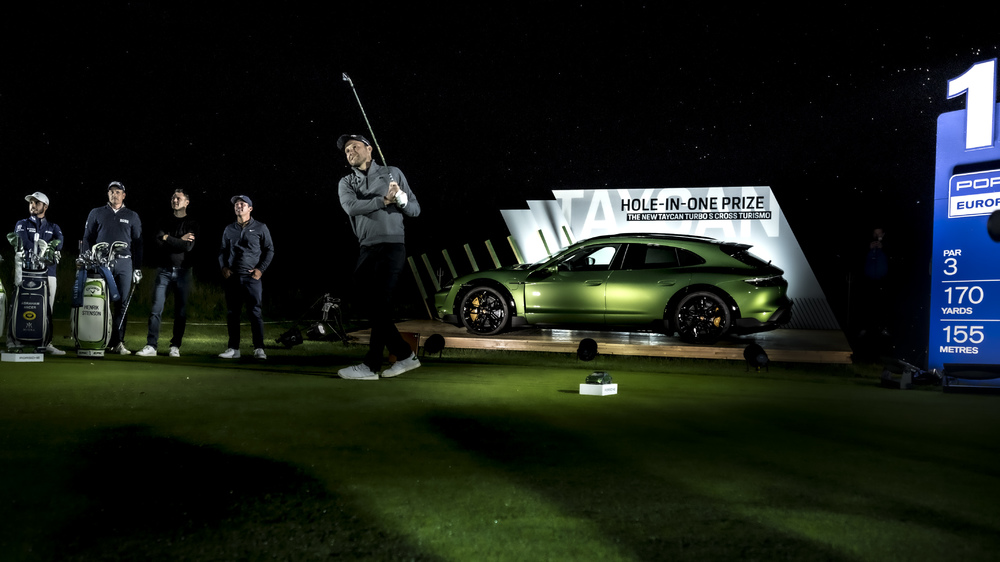 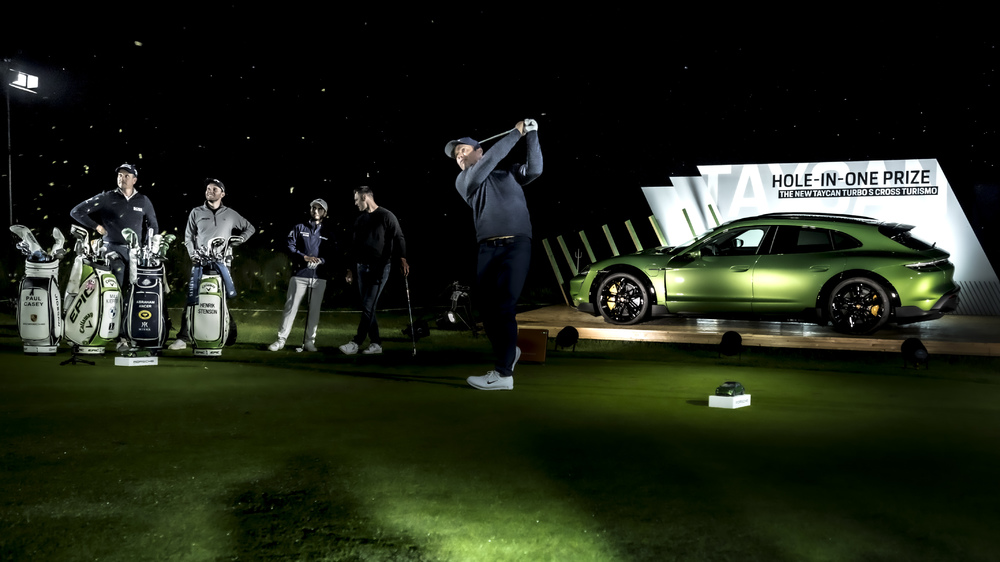 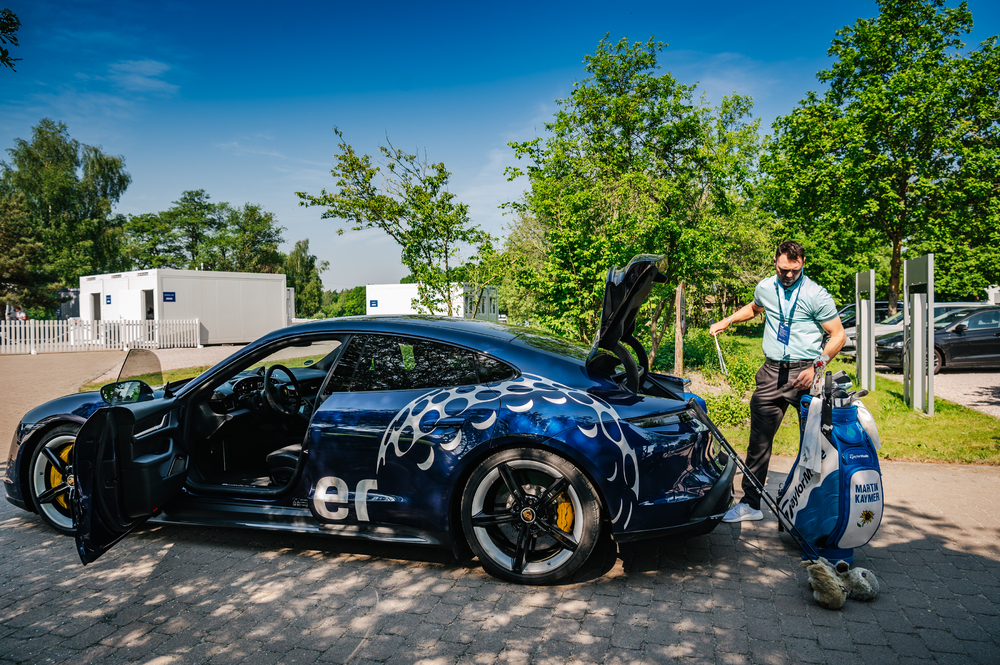 Stuttgart/Hamburg . Hamburg nights are famous – and the European Open Night Shootout is no exception. On the Nord Course's 17th hole, the S Cross waiting there as the hole-in-one prize for the successful marksman during the tournament week was not the main goal late on Thursday evening. Instead, there was a nearest to the pin competition to determine who was going to be the event's first top golfer to get the chance to drive the Leader’s Car, a S, up until the opening day of the tournament on Saturday.

On the spectacularly illuminated Par 3, the tournament's top stars like title holder Paul Casey, Martin Kaymer, Henrik Stenson, Abraham Ancer and Max Kieffer all produced some magical moments when hitting a number of shots that came to rest only inches from the pin 155 metres away. With what really was the very last attempt, Henrik Stenson ended the memorable first Night Shootout with a loud bang. He did not hit the hole, he did not even hit the green - he actually struck the drone taking arial photos of the event.

Only a matter of centimetres
The "brilliant" shot was not enough for the win. It went to Martin Kaymer on 35 centimetres ahead of Paul Casey, who got to within 36 centimetres in the trial run but "only" managed 46 centimetres in his three official attempts. It meant title holder Casey had to hand over the key to the Leader's Car to the German at the end – and Kaymer cruised off into the dark night as the first winner of a Night Shootout on the Nord Course.

"It was a really nice and entertaining competition last night," said Martin Kaymer the next morning after arriving at the club. "It was my first real drive in the car - what power. Simply amazing. Abraham Ancer was also thrilled by the Night Shootout: "It was super. And Henrik's shot? Incredible."

"A whole lot of fun"
"Watching the boys was a whole lot of fun – also because they were enjoying themselves so much. After a long day at the club, it's not necessarily a given," said Tournament Director Dirk Glittenberg, U.COM Event CEO. "And the shots give rise to hopes that there could well be a hole-in-one this year on the 17th"

in golf
has been the title sponsor of the European Open, a European Tour event, since 2015 and has been involved successfully in professional golf with automotive partnerships at three tournaments on the Asian and European Tour since 2019. Last year the sports car manufacturer additionally supported the UK Swing with the European Tour’s “Golf for Good” initiative. has also been organising the Golf Cup for more than three decades. The tournament series is one of the company’s most successful customer events. Held in Germany for the first time in 1988, the Golf Cup has developed into an international event at which recently over 17,000 customers competed in 261 qualifying tournaments worldwide. Also highly successful is the Golf Circle, an international and app-based community for keen golf-playing customers that was launched in 2017.