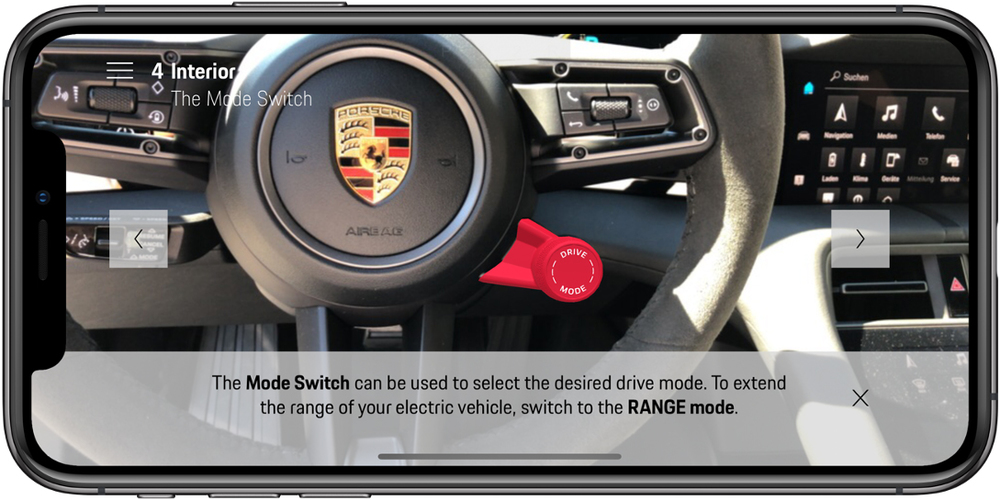 Stuttgart . Thirteen start-up companies from around the world will present their ideas for the mobility of the future tomorrow, Thursday, 25 February, at the ninth Startup Autobahn Expo Day. The event will take place online at https://expo9.pnptc.events from 13:00 (CET). is providing support with experienced mentors on three projects. Using the as an example, the start-ups SevenD and Visometry have developed a forward-looking alternative to the classic user manual as the first. Augmented reality technology (AR) allows users to get to know the electric sports car interactively, step by step. The other two projects have been conceived by the start-up Maaind in conjunction with the sports car manufacturer. They are two apps to increase the driver's well-being, among other things, through relaxation exercises onboard.

The ninth year of Startup Autobahn has taken place entirely virtually due to the pandemic. Despite lockdown and no face-to-face meetings between companies and the young founders of the start-ups, the teams have implemented a total of 15 pilot projects.

Learning to operate the with AR technology
Together with SevenD and Visometry, is working on a new generation of augmented-reality first-touch experience. The aim is to get to know the step by step via smartphone with the help of an app. Many functions of the electric sports car are explained by the app, such as the charging process or recuperation. Important components such as batteries, electric motors or parts of the interior are colour-coded and can be experienced in animations. "There have been tremendous advances in AR technology in recent years. This opens up new ways for us to bring our customers closer to their sports car – from the big picture to the technical details," explains project manager Markus Knopp, who accompanied the project with SevenD and Visometry. The app is based on the iOS operating system and is now being tested in detail. The range of functions could then also be available to customers in the future.

Two apps for personalised feel-good experiences onboard
Together with the London-based start-up Maaind, is working on two projects that add a personalised feel-good level to the driving experience. Neuroadaptive technologies are being used in the process. They make it possible to implicitly and continuously measure mental states and thereby detect deviations or changes. The Feel-Good-Coach app in the first project records a driver's current mood and stress level. The basis is, for example, the voice and data from a wearable such as an Watch. The idea is to encourage more mindfulness while driving. "The coach calculates a feel-good score in real time, giving feedback and making suggestions for reducing stress. It distinguishes, for example, whether the driver is currently driving their vehicle or whether it is parked," explains Lars Krämer, project manager for the cooperation with Maaind. While driving, the feel-good coach offers various breathing and meditation exercises or plays soothing sounds. When the driver parks up or stops to re-charge their car, the app recommends eye and body exercises or gives nutrition tips, among other things.

The second project between and the London start-up is Mood DJ. This app playfully increases well-being by encouraging drivers to sing, for example. Drivers receive points not for singing correctly, but for how happy and calm they are while doing so. "The app was developed using algorithms that enable automatic song selection in real time based on a driver's mental state," Krämer said. The idea of the project is to create a personalised and playful entertainment experience that has a positive impact on the state of mind of vehicle occupants.

Both projects, Feel-Good Coach and Mood DJ, have been tested so far internally at and in market research studies in China and Germany. Based on the positive response, the teams are now investigating the further development of the existing concepts and apps to the point of possible production-readiness or as a stand-alone product.

About Startup Autobahn
has been a partner of Startup Autobahn since the beginning of 2017. In early 2020, the successful partnership was extended by a further three years. The Stuttgart-based innovation platform provides an interface between industry-leading companies and young technology companies. In the programmes, corporate partners work with start-ups to develop prototypes to evaluate potential further collaboration between the parties, test technologies and initiate production-ready implementation. The project work is scheduled for six months. Several organisations in southern Germany have joined forces for this purpose. In addition to , these include Daimler, the University of Stuttgart, Arena 2036, Hewlett Packard Enterprise, DXC Technology, ZF Friedrichshafen and BASF. has so far implemented almost 80 projects as part of Startup Autobahn. Around one third of the results flow into series development.