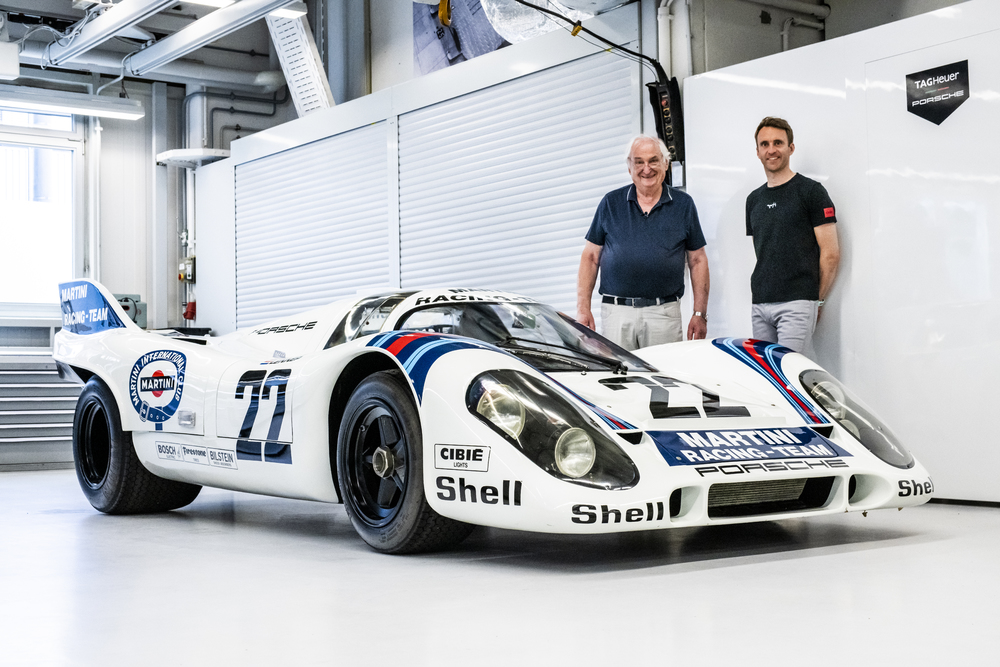 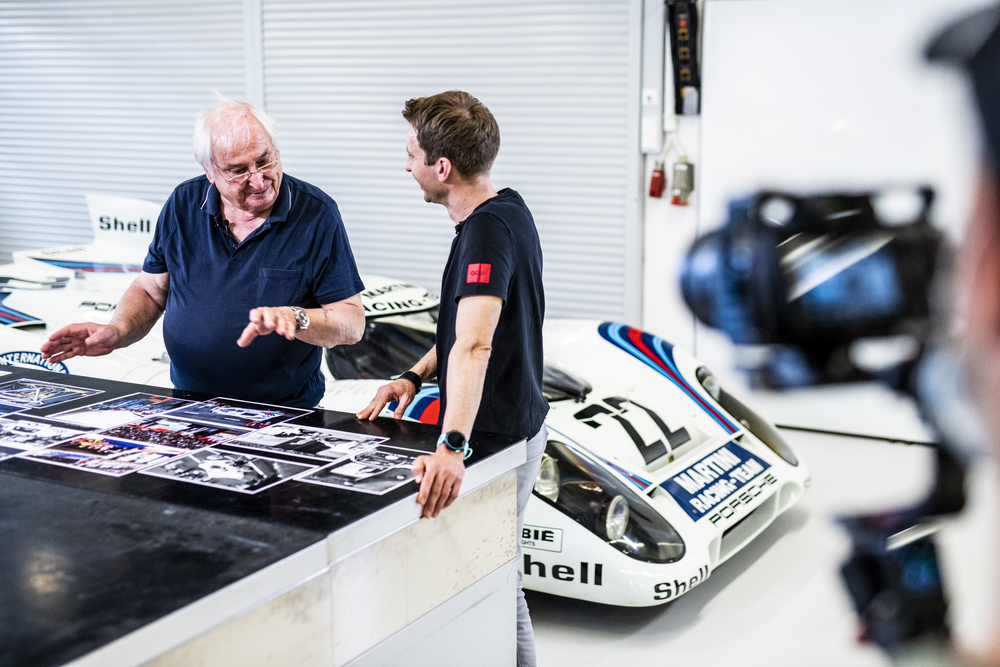 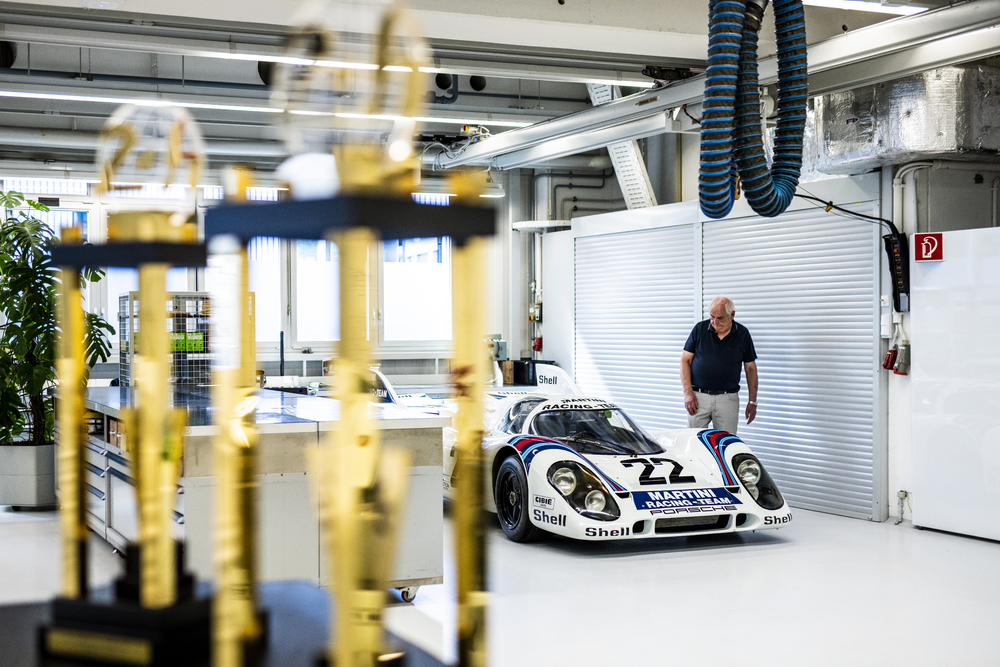 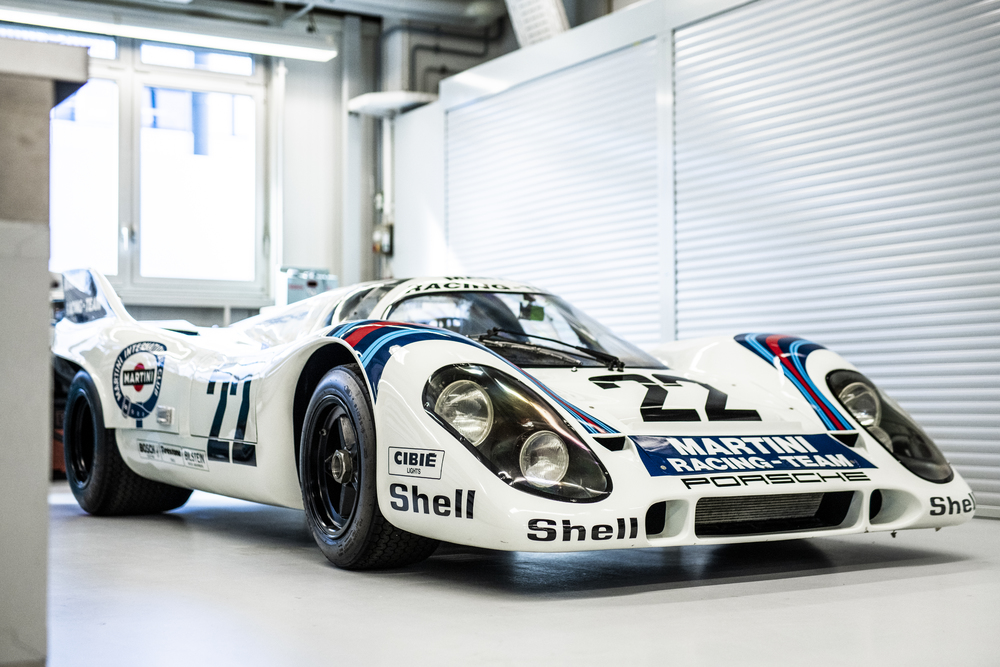 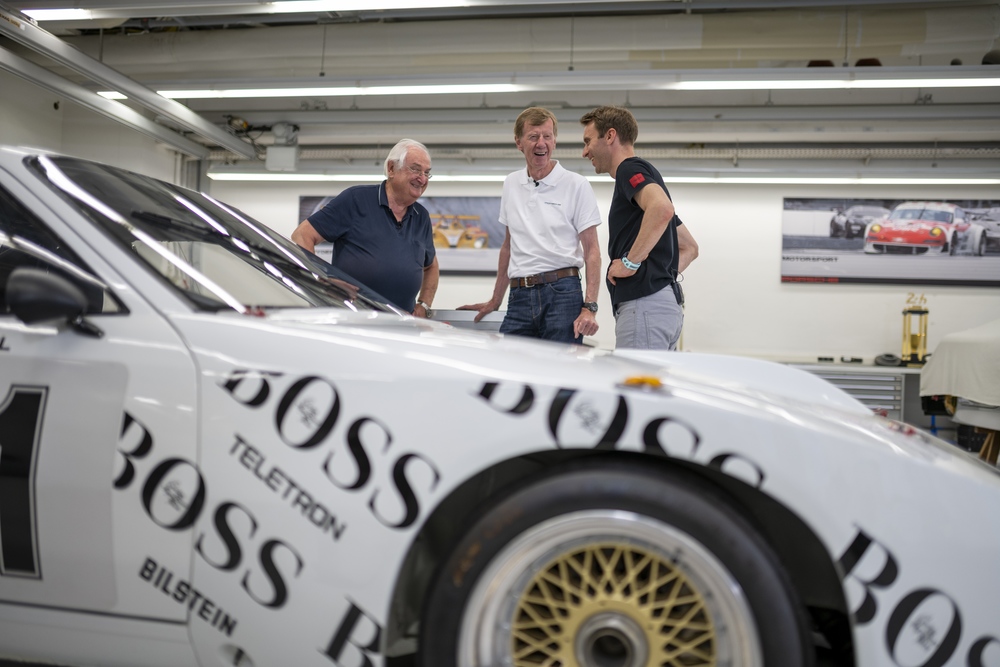 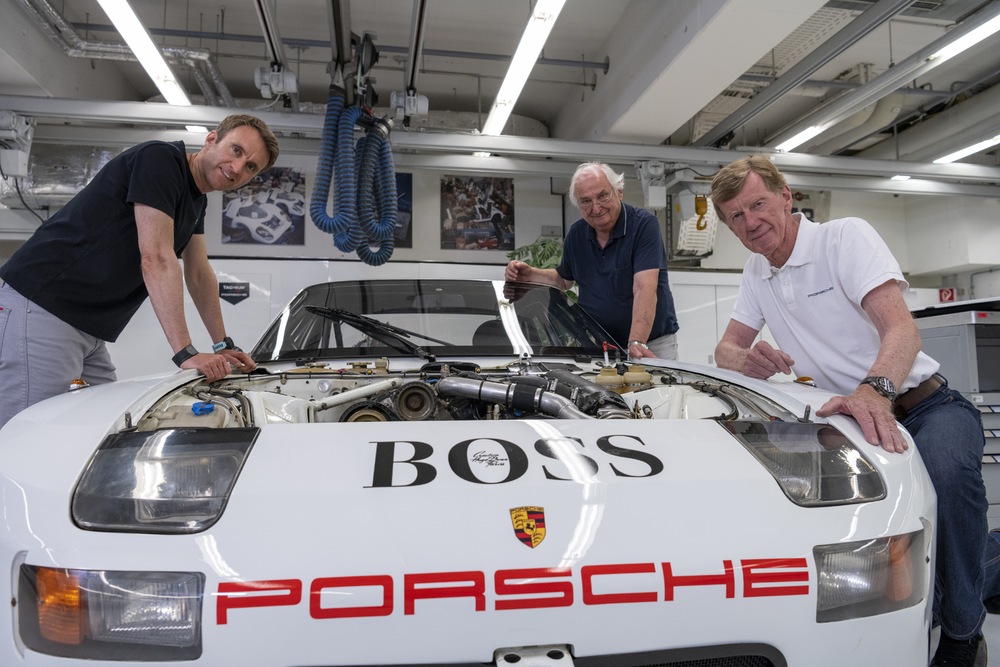 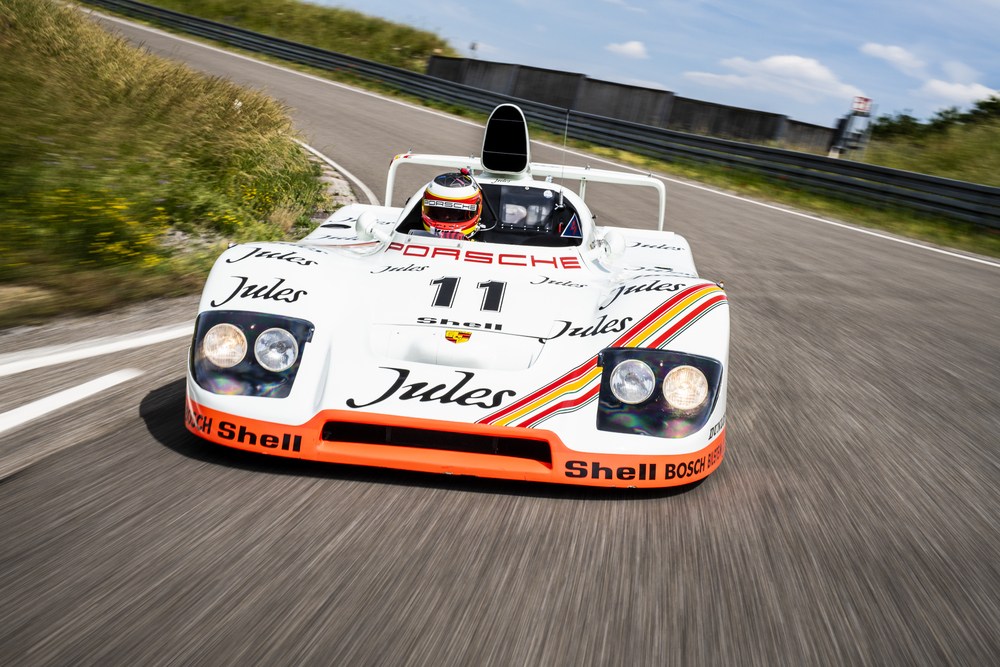 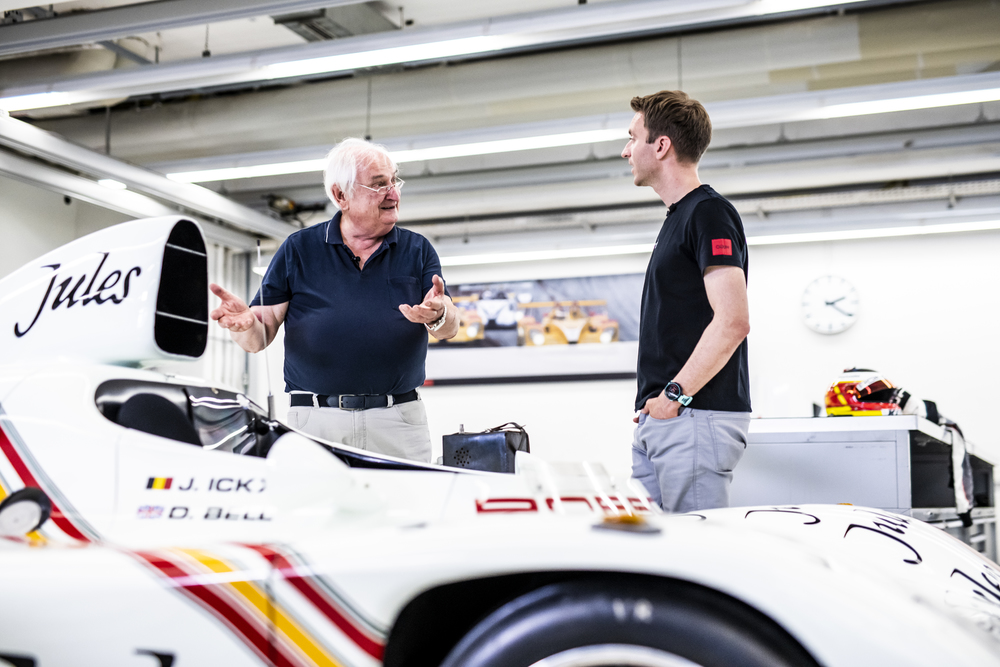 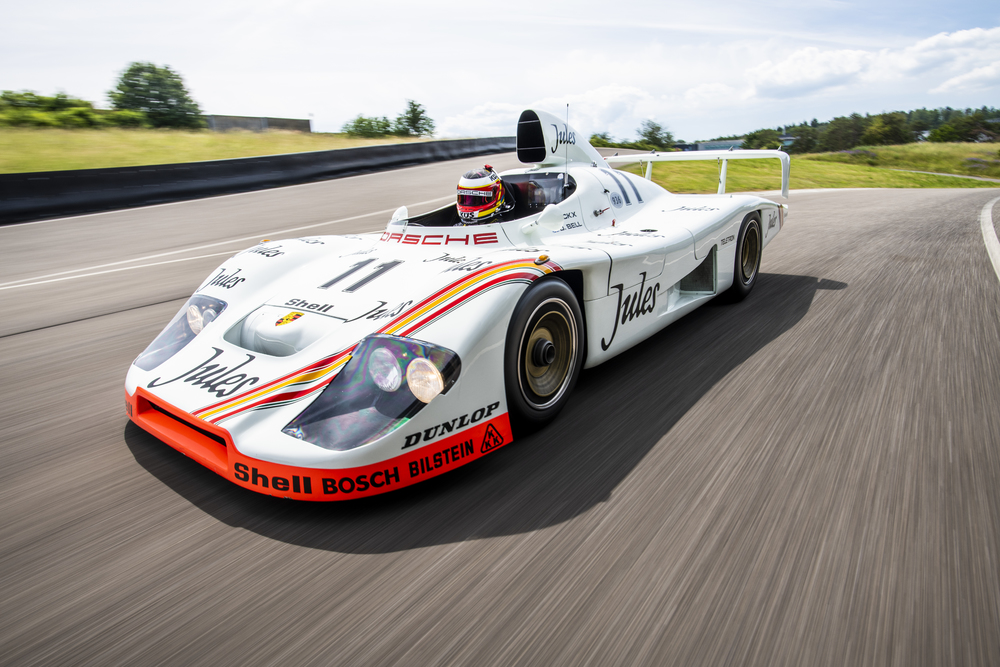 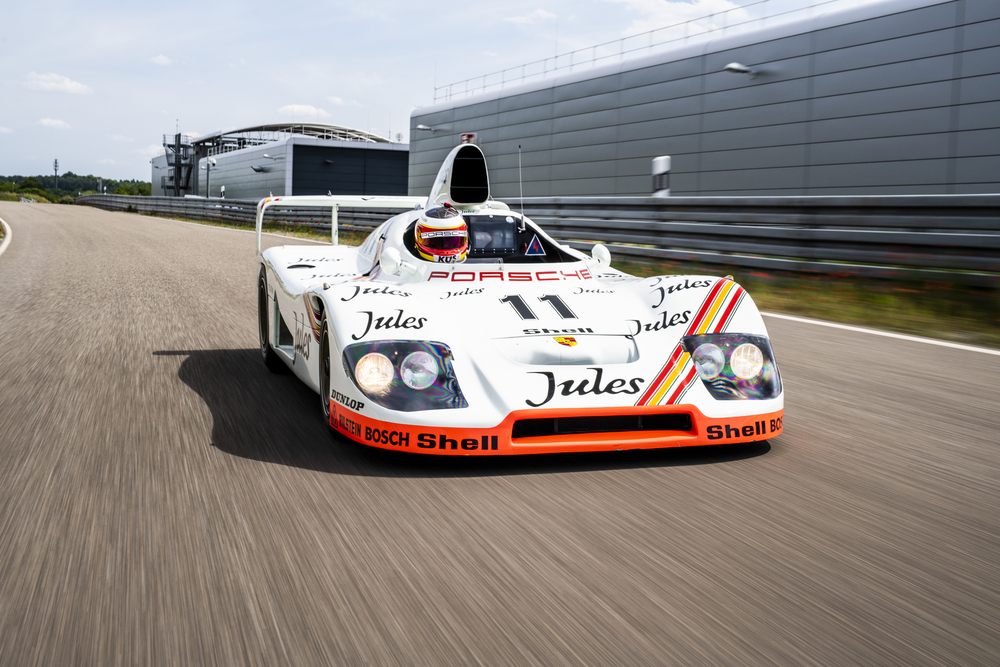 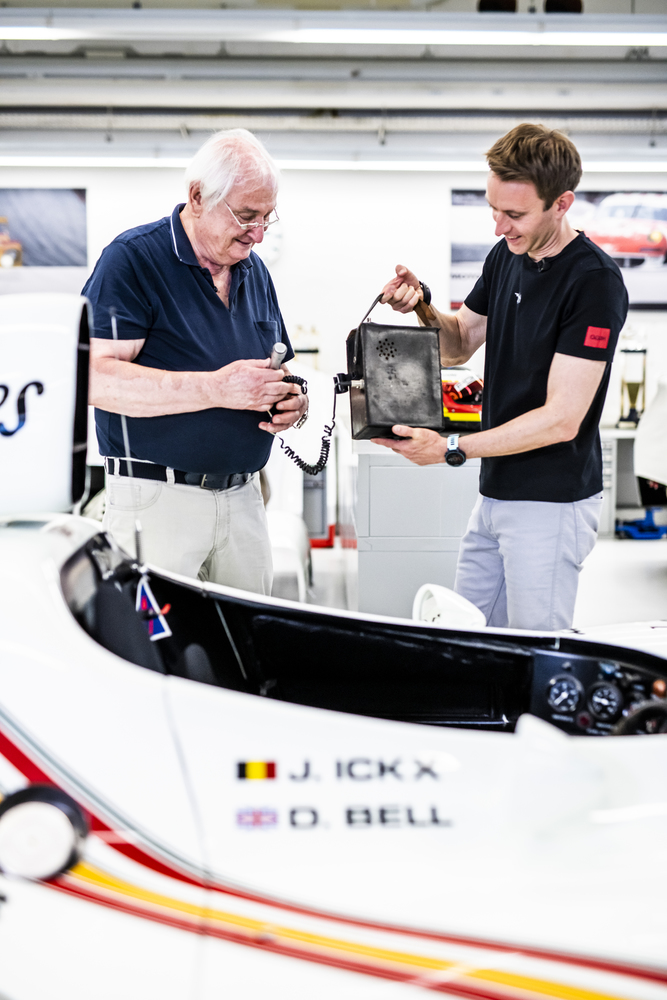 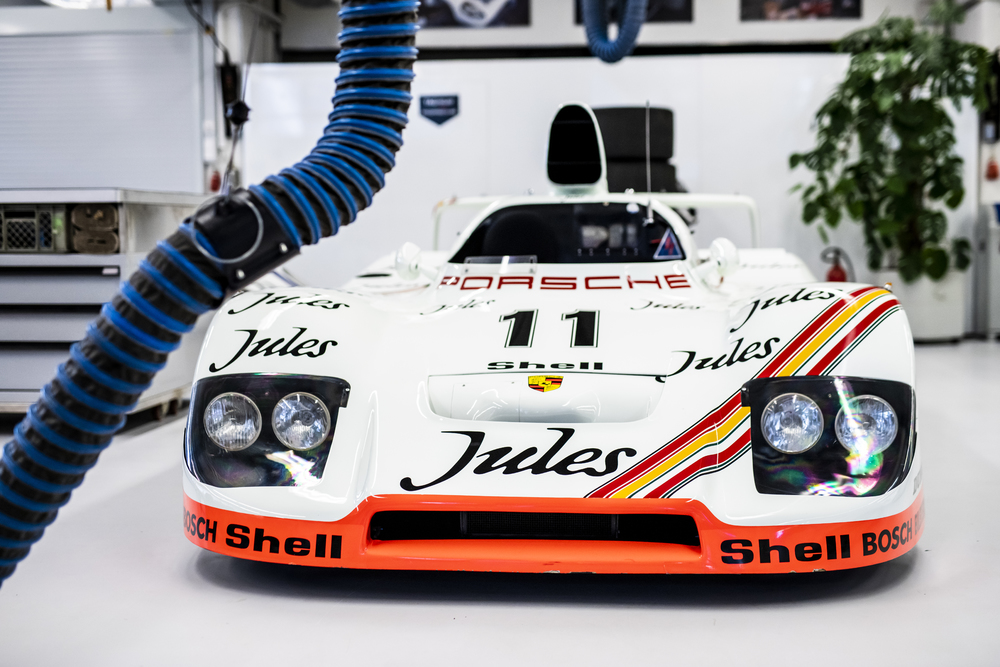 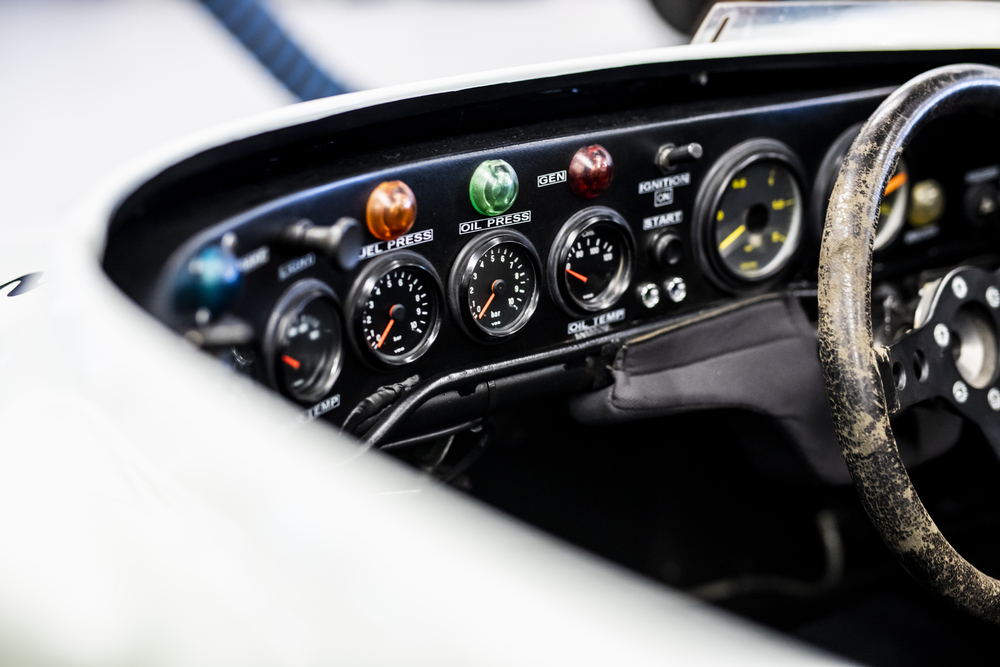 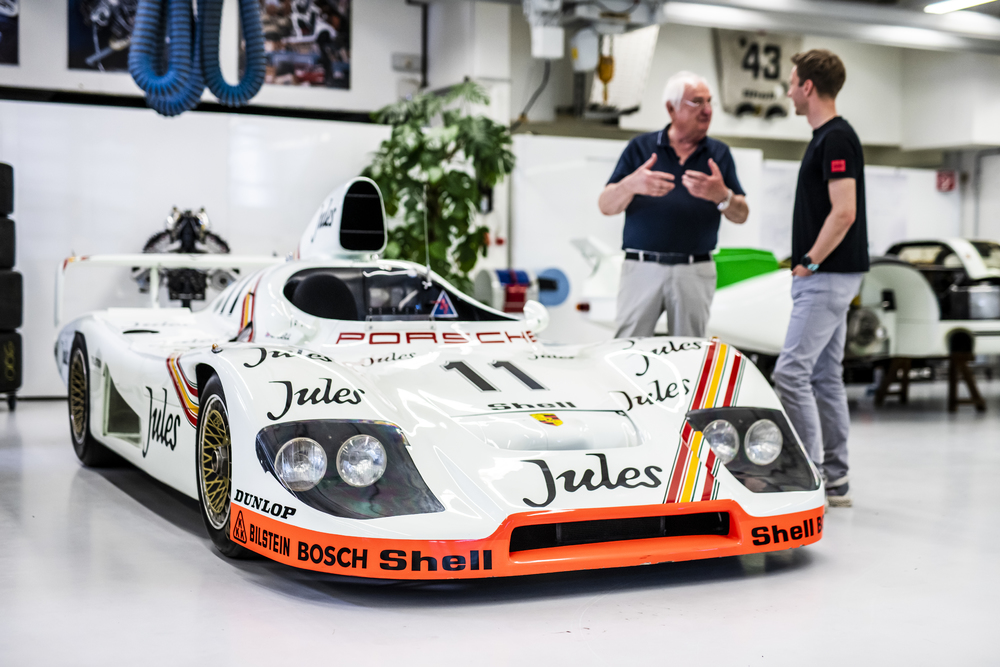 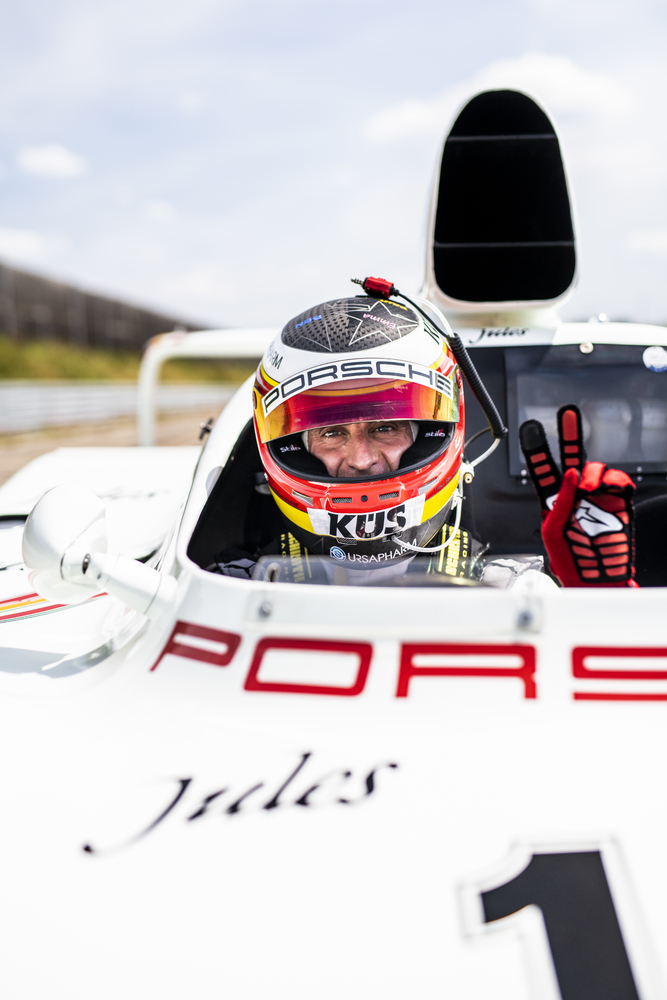 The legend of at Le Mans with exciting contemporary witnesses and anecdotes New episodes of “ Moments” with Walter Röhrl, Hans-Joachim Stuck and Norbert Singer

Stuttgart . Since 1951 there has not been a single year in which there was not at least one in the starting line-up for the 24 Hours of Le Mans. The company from Zuffenhausen can look back on numerous records and highlights at the race track on the River Sarthe, including 108 class wins and 19 overall victories. In the summer of 2021, 70 years after the first class victory, the sports car manufacturer is focusing on the heritage topic “The success story of at Le Mans”. In six episodes, the new series “ Moments” takes an in-depth look at the most prestigious endurance race in the world. In the first episode, host and Le-Mans winner Timo Bernhard talks to Fritz Enzinger, who led the brand to three overall victories in Le Mans as Vice President Motorsport. For episodes 2 to 5, he has invited other exciting contemporary witnesses on four wheels and two legs: Walter Röhrl, Hans-Joachim Stuck and Norbert Singer. The two racing drivers and the race engineer relate their historically important moments in the 24-hour races in north-west France. “It is an honour for us to bring these personalities together with the vehicles that wrote history with them in Le Mans,” says Achim Stejskal, Head of and Museum.

For the second episode of “ Moments”, Timo Bernhard and race engineer Norbert Singer meet up in the historic motorsport workshop at the Weissach Development Centre. The 917 KH awaits them there, the car with which celebrated the second overall victory in the French endurance classic exactly 50 years ago. “I can still remember well how the car was pushed onto the scales back then and weighed just under 780 kilograms,” says Singer, who was involved in development of all the overall winners in the period from 1970 to 1998. The prescribed minimum weight was 800 kilograms at the time. “The 917 KH was an absolute lightweight due to its tubular space frame made of magnesium. Luckily it had an oil tank with a capacity of 55 litres. So we added 20 litres of oil and weighed it again. This time with success,” reveals Singer. He talks about the fascination of Le Mans back then, and remembers how there were neither pits nor timekeeping: “The vehicles were parked somewhere behind the truck. Those were the days. During the race, we could inform the drivers only by means of boards because there was not yet any radio communication available,” says the now 81-year-old. The outing of the test vehicle with magnesium frame became a race of records: Helmut Marko and Gijs van Lennep drove an overall distance of 5,335 km at an average speed of 222.3 km/h. This distance record would be broken only 39 years later – by a team including Timo Bernhard in an Audi R15.

The third episode of “ Moments” focuses on the 936/81 Spyder, the overall winner from 1981, and the class-winning 924 GTP Le Mans. The reigning World Rally Champion Walter Röhrl and Le Mans winner Jürgen Barth started out on a secret mission four decades ago. Their 924 GTP Le Mans was a prototype of the future 944 with a newly developed 2.5-litre engine, which was scheduled to be delivered nine months later. The driver duo finished seventh after 24 hours and won both the GTP class as well as the prize for the shortest overall pit stop time. “When I think back to Le Mans 1981, I immediately feel 40 years younger. The competition overtook me during the day, but at night they only saw my tail lights,” says Röhrl and laughs, because as a rally driver he was used to driving at night and keeping a clear view of what was happening in the dark. “At the time, motorsport was the best place to test developments and to gain insights for series production,” adds the Bavarian.

Two 936 cars also competed in the works entry in 1981, and one of these achieved the overall victory. The winning car, which was competing in a race for the first time, was driven by the duo Jacky Ickx and Derek Bell. “Ickx and Bell won with a lead of 14 laps – or to put it another way, they were almost an hour faster than the second-placed car,” explains race engineer Norbert Singer, who played an important part in 16 overall victories achieved by works or customer teams at Le Mans. “The decision to take part in the 24-hour race in June was taken just a few months before. We had to really hurry up and installed a 2.65-litre biturbo engine in the 936/81 Spyder without further ado. With an output of more than 620 PS, it was one of the most powerful cars in the starting field. A little effort that led to a great success,” says Singer.

“When you drive at speeds of more than 350 km/h, the white dashes in the middle of the road look like a continuous line,” explains Hans-Joachim Stuck, who can be seen with Norbert Singer in the fourth episode of “ Moments”. In 1986 and 1987, he was behind the wheel of the 962 C, whose exceptional performance was also due to an underbody with ground effect designed by Singer. “Stefan Bellof gave me a tip before my first drive: ‘The faster you move in a car with ground effect, the more grip you have,’” remembers Stuck, who also twice won the Supercup in a 962 C. As in the previous year, Stuck drove to overall victory in Le Mans for in 1987. Norbert Singer was once more responsible for the technical success and received well-earned praise for his contribution. The reunion of the two men is extremely warm and friendly. Stuck is delighted that he is allowed to drive the winning car from back then on the test track in Weissach. Singer takes a trip down memory lane: “It rained all the time,” he says when looking back, “and the quality of the petrol provided was not good. It was OK in training, but the fuel for the race was really poor.” Stuck and his team colleagues Derek Bell and Al Holbert won the race with a lead of 20 laps. “ keeps on winning in Le Mans because all those involved work very professionally from preparation right through to the end,” says Stuck.

With the 911 GT1 ’98, Norbert Singer achieved his 16th and also last overall victory as race engineer in Le Mans. In the penultimate episode of “ Moments” he talks to Timo Bernhard about the historic double victory in 1998. “We won the race because the GT1 ’98 was the most reliable car in the starting line-up,” is how Singer summarises the success of the with 550 PS. “The car had a carbon-fibre monocoque, and there were also carbon-fibre brake discs in a works race car for the first time,” he explains. These measures made it possible to reduce the vehicle weight by around 10 per cent compared with the previous year. The high-performance lightweight car did not just function as research laboratory on wheels and a fuel efficiency specialist on the race track in Le Mans, but also drove to a double victory. As coincidence would have it, this was also the brand’s 50th anniversary. “Le Mans is not just any race. It is the most famous endurance race in the world, and enjoys great importance for the brand,” concludes Timo Bernhard.

The Museum will post the “ Moments” series with Timo Bernhard and Walter Röhrl, Hans-Joachim Stuck and Norbert Singer on its Instagram channel @porsche.museum and on Facebook @porsche.museum.stuttgart as well as on YouTube on the following dates: 14 and 28 July and 11 August. On 25 August, the Museum will broadcast a final episode from Weissach with the Head of Motorsport Fritz Enzinger, with whom the series started a few weeks ago. This episode will focus on the 919 Hybrid, which stands for the legend of in Le Mans in the modern era like no other car. achieved three overall victories with this hybrid race car in the years 2015, 2016 and 2017. Host Timo Bernhard will also be present for this episode with insider information and exciting anecdotes.

In addition to “ Moments”, the sports car manufacturer will also be holding a roadshow to celebrate the success story at Le Mans worldwide. This will run until spring 2022 and is scheduled to take in 14 stops in ten countries, including France, Great Britain, the USA, China, the United Arab Emirates and Germany. enthusiasts can look forward to static and dynamic appearances of more than 20 original cars from the historical collection that achieved either class or overall victories. In various Experience Centres worldwide, Corners will reflect the theme of the roadshow and will explore the success story of at Le Mans in greater depth. In addition, appearances at classic car events are planned, such as at the Monterey Car Week in California. Depending on the pandemic situation, drivers may be able to take part either live or virtually in order to give fans and motorsport enthusiasts their insights into exciting experiences from Le Mans.

The social media channels of the Museum will also provide plenty of information about the roadshow. In Zuffenhausen, interested fans can also find out more about “The success story at Le Mans” along the glass partition that provides a view of the workshop in the Museum. A selection of impressive Le Mans race cars will be on display there during the whole period of the roadshow.