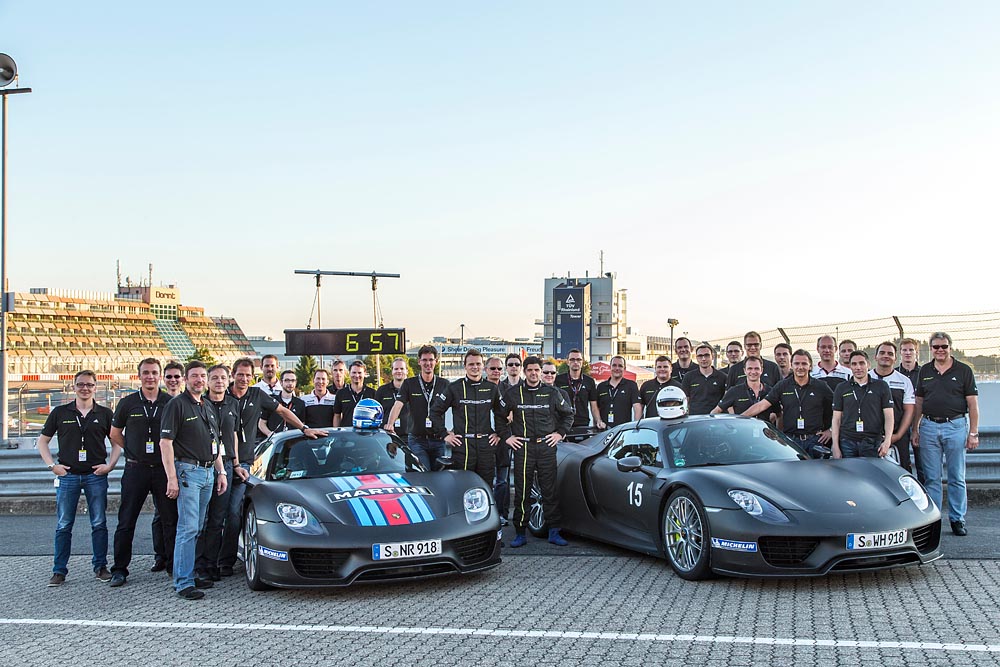 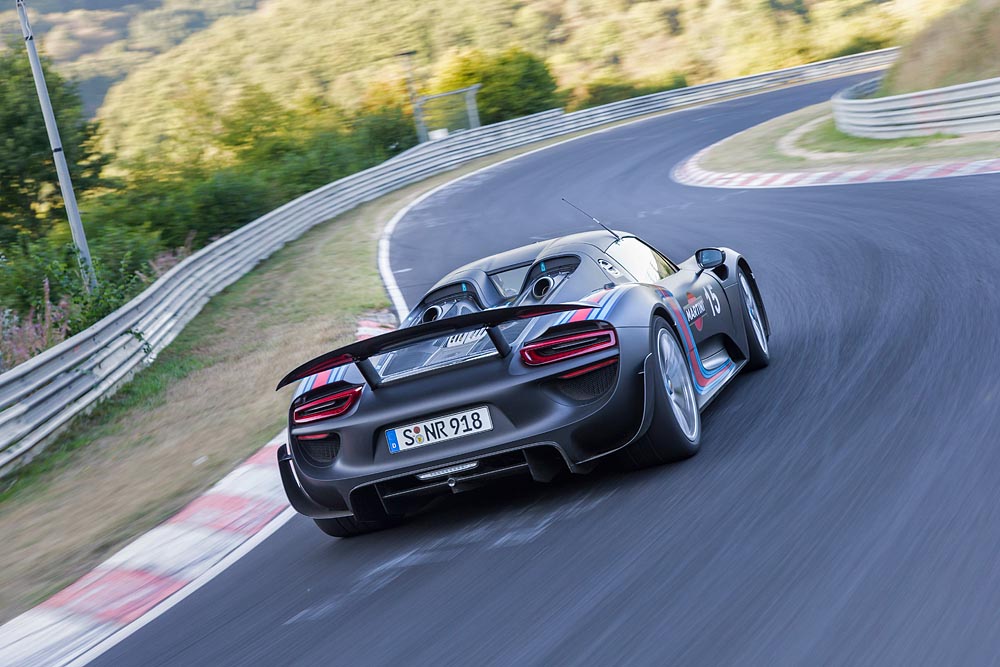 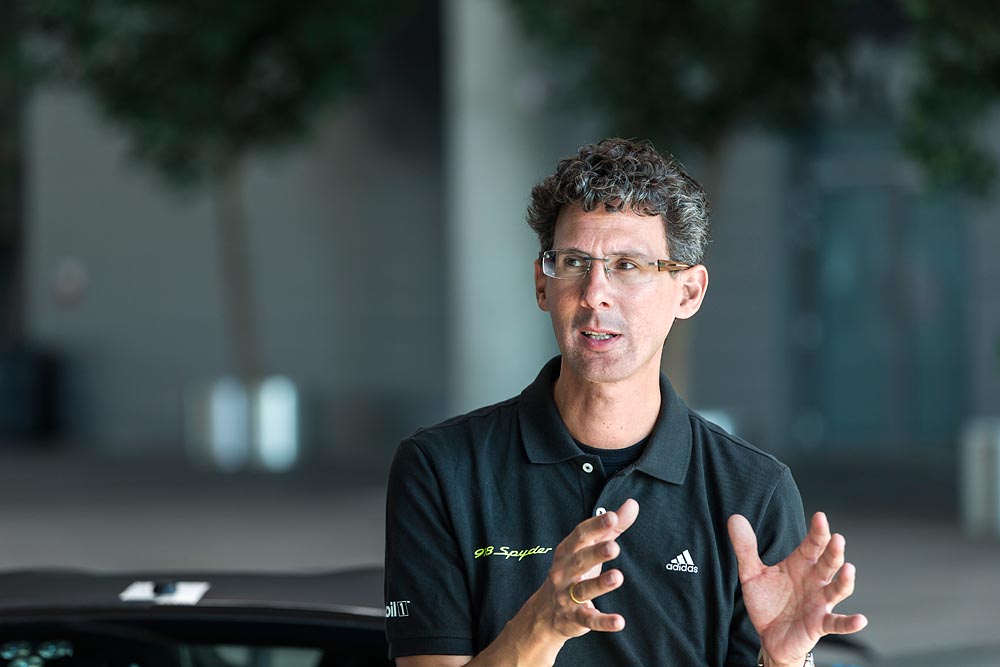 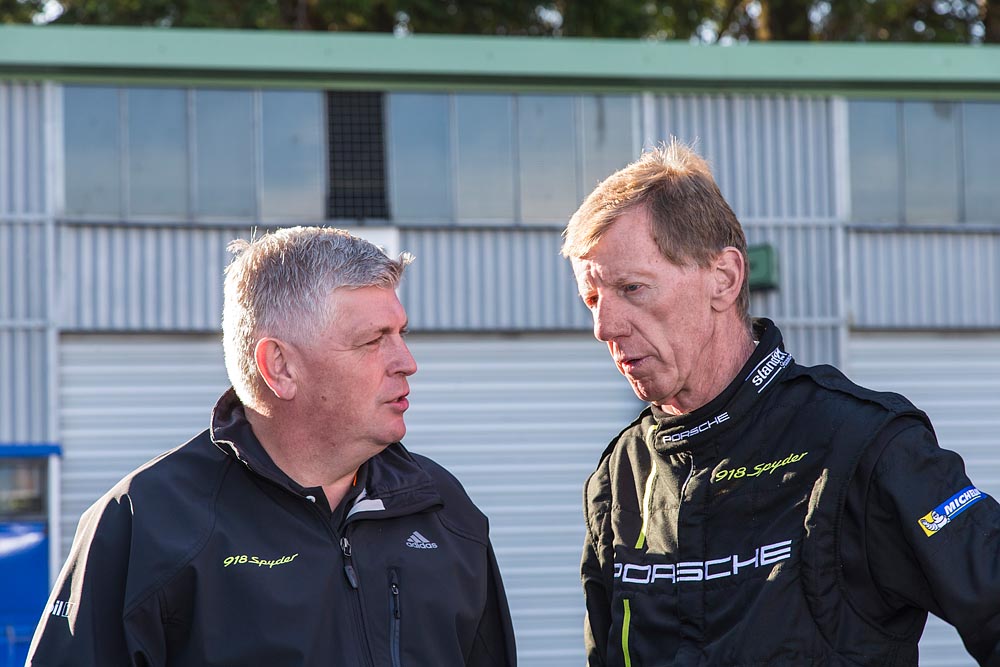 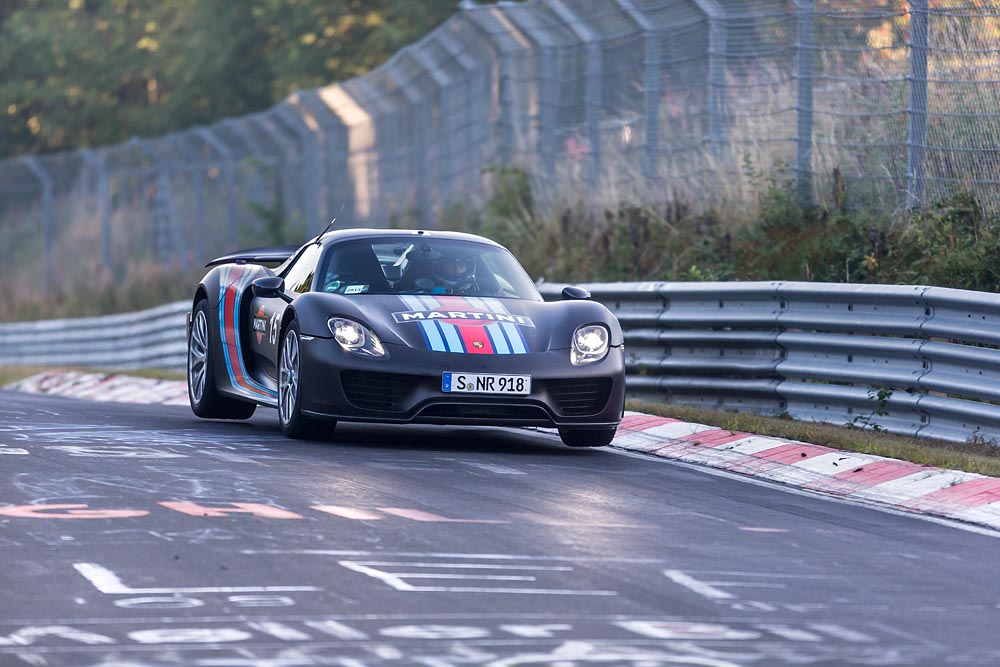 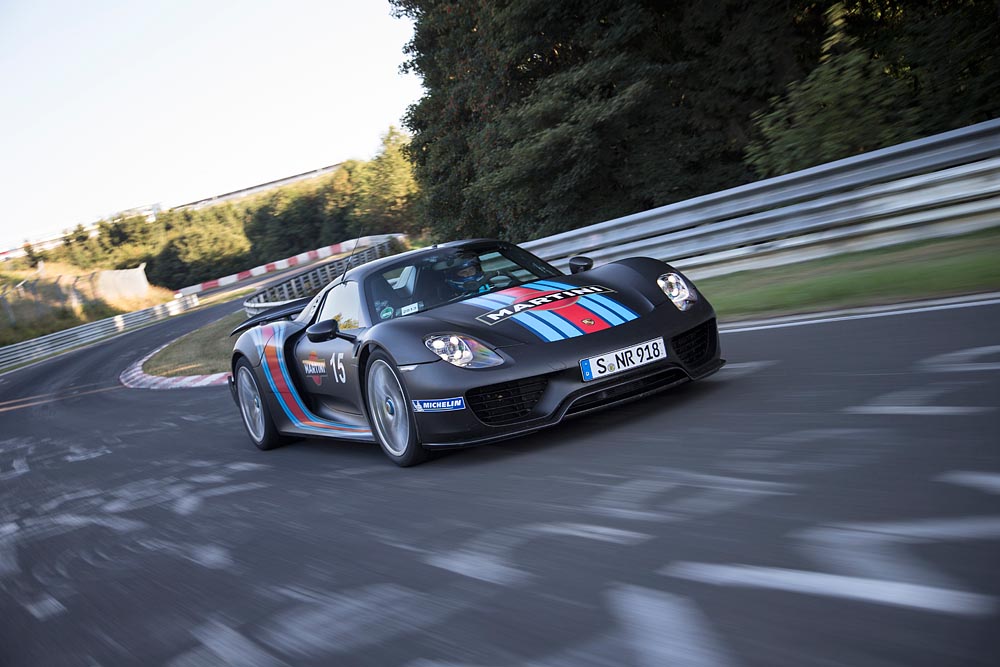 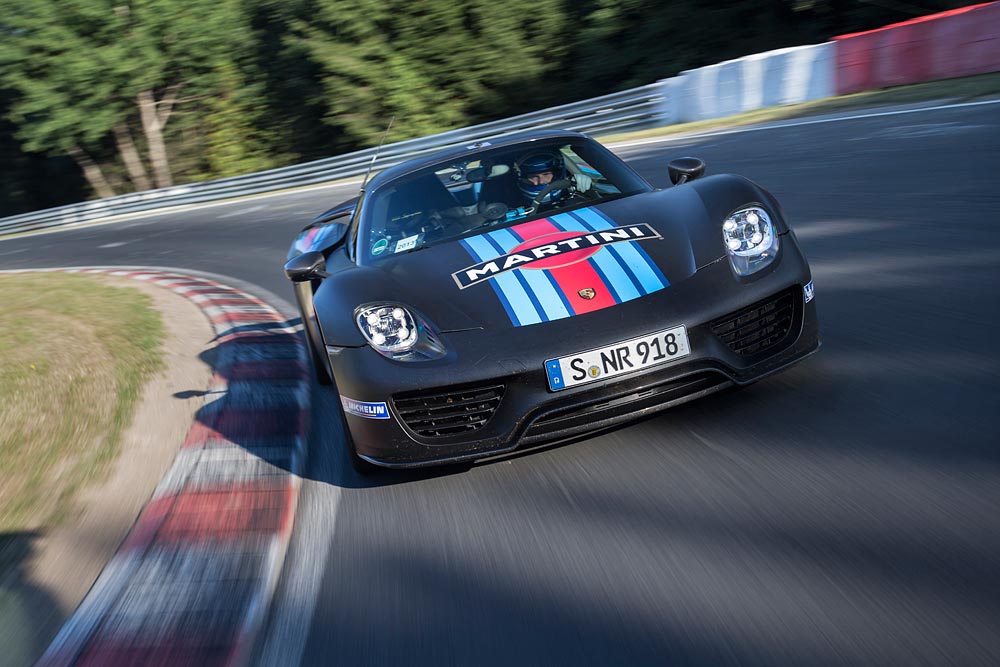 Stuttgart . As the first vehicle to boast global road homologation, the 918 Spyder* has conquered the 20.6-kilometre lap around the Nürburgring Nordschleife in less than seven minutes. Achieving a time of exactly six minutes and 57 seconds, the super sportscar equipped with a hybrid drive shaved 14 seconds off the previous record. Wolfgang Hatz, member of the AG Board of Management in charge of Research and Development, had the following to say: "We promised a great deal with the 918 Spyder, namely to redefine driving pleasure, efficiency and performance. We have kept our word."

As is always the case with , the 918 Spyder is also leading the way for future generations as the latest in the line of super sportscars. It is currently making its global début at the International Motor Show (IAA). With its unique spread, the model blends maximum driving dynamics with minimal fuel consumption. By taking the Nürburgring record, the sportscar is demonstrating the enormous potential that lies in 's pioneering plug-in hybrid concept, and is underpinning the leading role the company enjoys when it comes to developing sporty hybrid vehicles. "The radical hybridisation of the 918 Spyder from the very outset is what made this lap record possible" says Dr. Frank Walliser, head of the 918 Spyder project. "The lap time on the Nordschleife is and remains the toughest measure of a super sportscar. Posting a time of 6.57 minutes, we achieved a result of which everyone in the development team and at as a whole is rightly proud."

The record, which was previously held for four years, was even broken during the first attempt in the test drive on the morning of September 4. All three drivers – Former European Rally Champion Walter Röhrl, test driver Timo Kluck and factory driver Marc Lieb – were quicker than the existing record with each lap driving the two 918 Spyder models used, and posted lap times of less than seven minutes on numerous occasions. Ultimately, it was Marc Lieb who posted the absolute best time of 6.57 minutes, driving at an average speed of 179.5 km/h, as measured by Wige Solutions. Marcus Schurig, editor-in-chief of sportscar magazine "sport auto", was on hand as an objective observer of the record-breaking runs. The two sportscars, which deliver an output of 887 bhp (652 kW), were equipped with the optional "Weissach package" to increase the driving dynamics, and lead out on the standard Michelin tyres developed specifically for the 918 Spyder.