This website uses cookies. We do this to better understand how visitors use our site and to offer you a more personal experience. We share information about your use of our site with social media and analytics partners in accordance with our Privacy Notice.
Out of Zuffenhausen

Sand as far as the eye can see: The lunar landscape near Swakop-mund is ideal off-road terrain—and could also be the backdrop for a Mad Max movie.

Namibia is more than twice the size of Japan, and you could fit about twenty Switzerlands within its borders. Only around 2.3 million people live in this country of nearly 320,000 square miles. But it is also home to over two hundred species of mammals, 645 species of birds, and numerous species of reptiles and amphibians. Not even one-fifth of its roads are paved. The dirt tracks start just a couple of miles outside the capital city of Windhoek—and with them the adventures. Bushes cling to the ground around an occasional acacia or lush, green mopani tree. Otherwise, all you can see is sand, sand, and more sand.

The Adventure Tour of Namibia includes the sand dunes of Sossusvlei, which can reach heights of 1,250 feet, the Namib-Naukluft National Park, Swakopmund and Damaraland, Twyfelfontein, and the Etosha Pan, a salt pan with an extensive array of wildlife. It is a dream come true for friends of Africa and animal lovers. “Compared to other African countries, Namibia has far more open space, as well as greater security,” says Orban.

Etosha means “great white place,” and indeed its salt pan measures around 1,850 square miles. Its inhabitants include more than 1,500 elephants, 300 lions, 400 cheetahs, 3,000 giraffes, and a few rhinos and leopards. The pan is usually dry, filling only occasionally after heavy rains. Then the animals are regular fixtures at its sixty watering holes. That’s when the gemsboks, kudus, gnus, impalas, and elands appear.

A couple of miles later, a cheetah has just ripped apart an oryx. Her young offspring eat while she stands guard. The cycle of life—birth and death. Nearly two dozen vultures circle in the sky, waiting for the leftovers. Gudrun Schmer is awed by this display of nature. She and her husband both want to take another vacation with the Travel Club. In fact, they’ve already chosen their next destination. As a counterpoint to Africa, they’ll be taking a drift seminar in Finland—on ice. 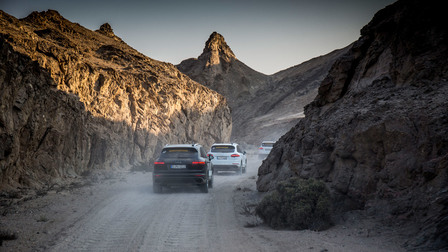 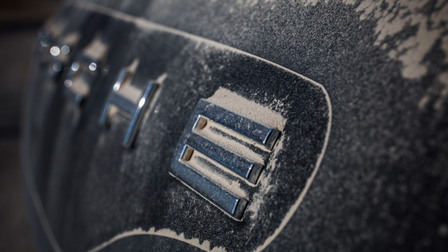 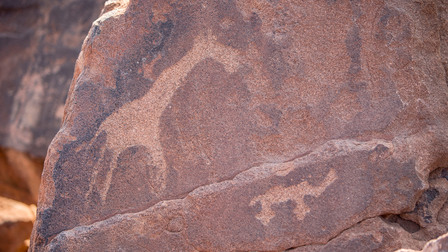 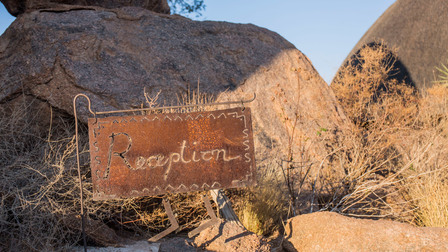 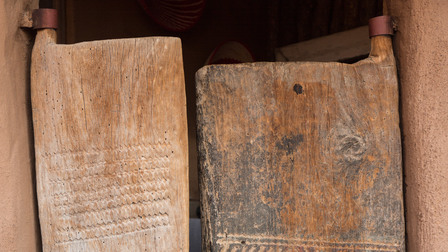 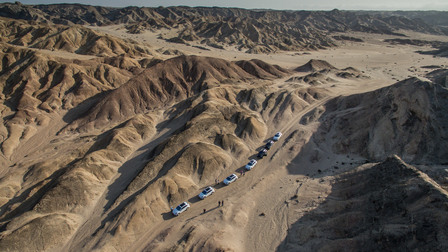 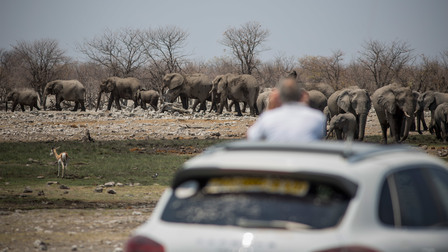 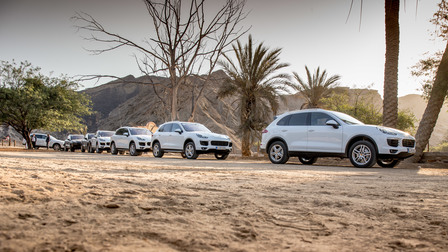 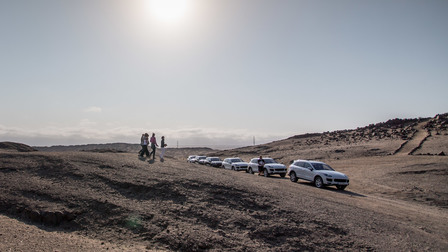