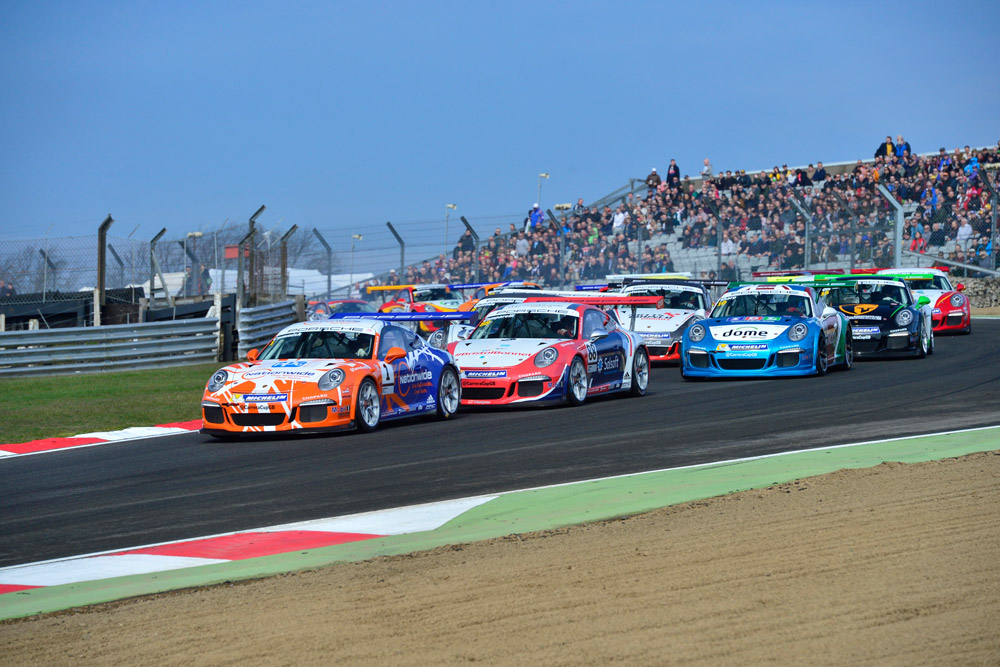 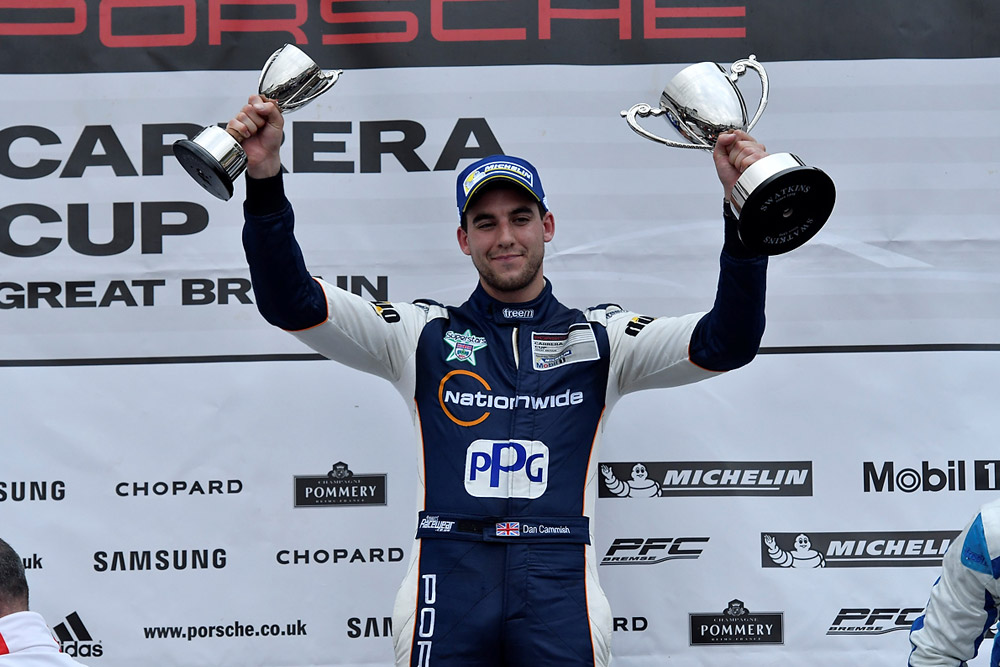 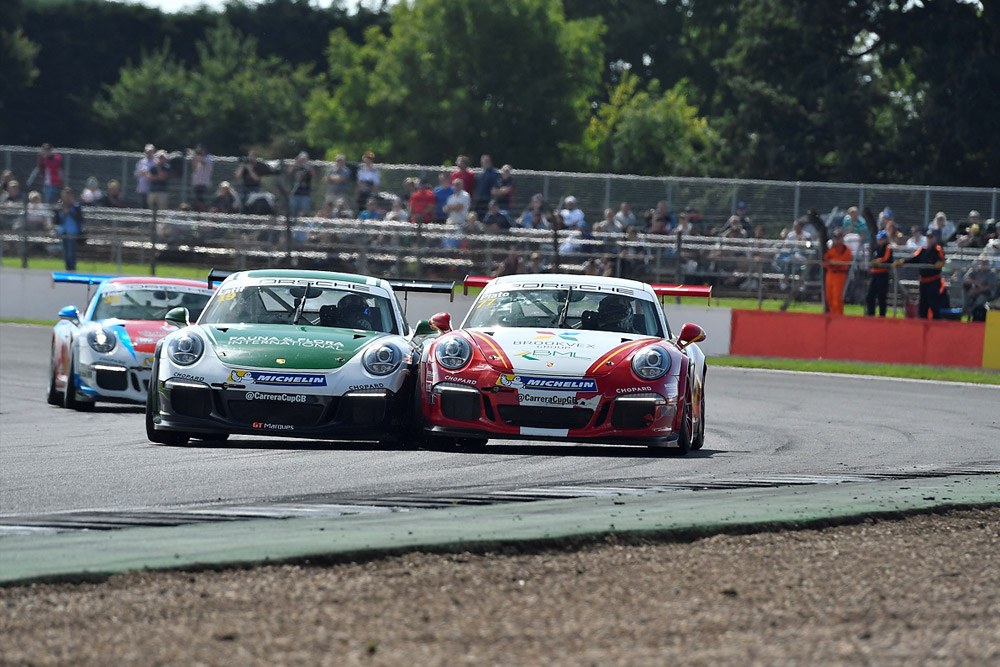 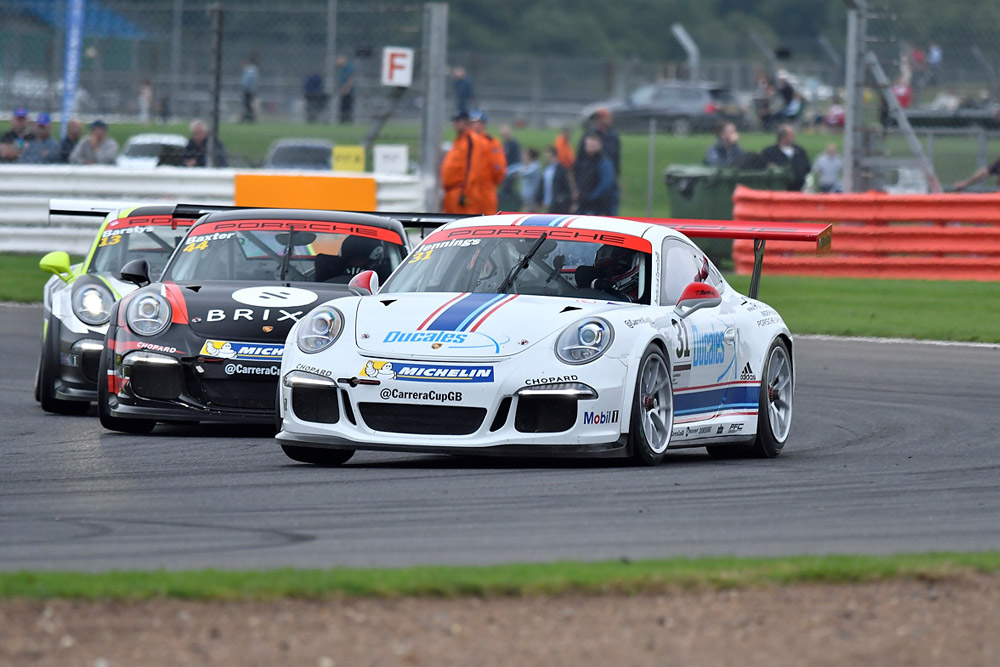 The fastest single marque GT racing championship in the UK, the Cup GB, returns to the historic Brands Hatch circuit for the final chapter of 2016, the same venue that opened the season back in March.

Last time out at Silverstone, reigning champion Dan Cammish (Redline Racing) became only the third driver in 14 years to secure back-to-back championships. Even by his high standards, 2016 has proven to be an outstanding season. Never short of motivation to win, at Brands Hatch Cammish has the opportunity to cement his position in Cup GB history by taking the highest number of wins in a season. The 2016 champion needs just one more victory to break the record he jointly holds with two-times champion Tim Harvey of 11 wins.

The stand-out performances of Cammish and his Redline Racing team have pushed the other drivers hard, with rounds 13 and 14 providing some of the closest racing of 2016.

One driver wanting to deny Cammish the record is GB 2016/2017 Scholar Charlie Eastwood (Redline Racing). A flat-spotted tyre in qualifying for rounds 13 and 14 could not prevent Eastwood charging to the podium from 11th on the grid. The 21-year-old laid claim to the 2016 Rookie championship with two fighting drives, and his late season form suggests he could be most likely to challenge for the top step.

Defending from the flying Eastwood for second in the championship, and the only driver other than Cammish to win a race in 2016, is Dino Zamparelli (GT Marques). Five fastest laps and three race wins have given the Bristol-based driver a 14 point advantage, and a podium finish in round 14 signalled a return to the early season form that saw him challenging for the championship lead.

The Pro-Am1 contenders arrive with Euan McKay (IN2 Racing) crowned 2016 champion after taking eight wins in his maiden season. However, brother Dan McKay (IN2 Racing) is on a charge after winning the last two races, while Sean Hudspeth (Parr Motorsport) has moved into second place and will want to repeat the win he took last time out at Brands Hatch.

Another Brands Hatch Pro-Am1 winner on a charge will be John McCullagh (Redline Racing). The reigning Pro-Am2 champion will be challenging Hudspeth to reclaim his second place in the title race on a circuit that proved pivotal to his 2015 campaign.

The Pro-Am2 championship remains to be decided and a scant seven-point margin separates leader Tautvydas Barstys (Juta Racing) from Peter Kyle-Henney (Parr Motorsport). With 24 points on offer, the impressive Mark Radcliffe (Intersport Racing) could also lay claim to the title, although his challenge, along with that of Kyle-Henney, was dented after the pair clashed while disputing the lead in round 14. Shamus Jennings (G-Cat Racing) will undoubtedly be a factor in the championship decider after climbing to the top step of the podium at Silverstone.

On a fast circuit with average speeds of over 100 mph, the competition looks set to be fierce. Cammish will be focused on making his own bit of Cup GB history, while the ever-reducing margin to those behind means any number of drivers could take their first win of 2016.

Rounds fifteen and sixteen will take place on Sunday 2 October at 10.35 and 16.17 respectively, with live coverage of round sixteen on ITV4 and highlights of round fifteen shown during the race day broadcast. Follow the battles at @CupGB on Twitter and @carreracupgb on Instagram.