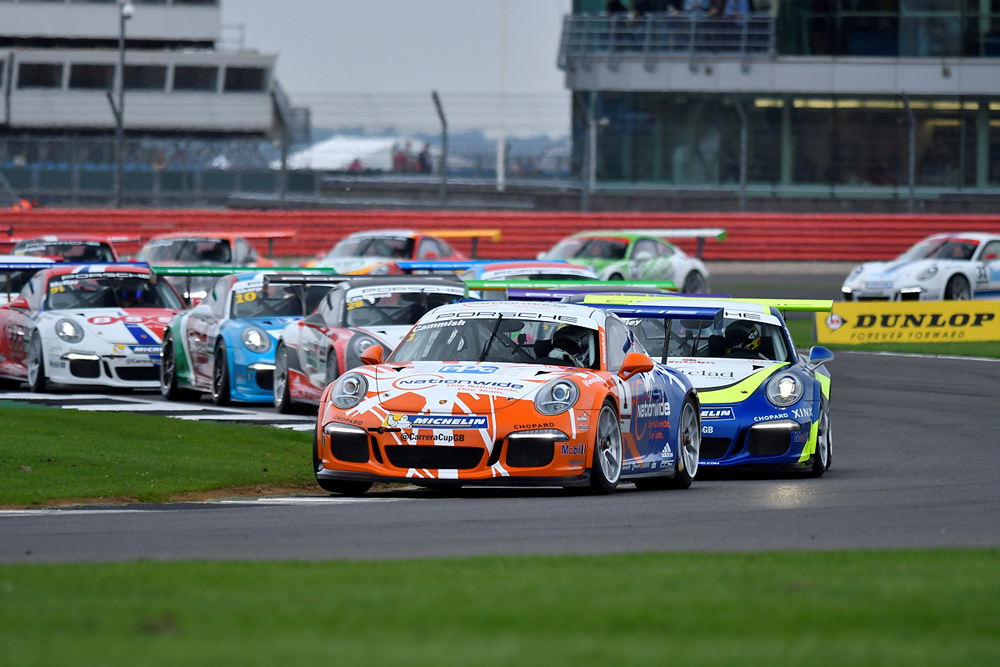 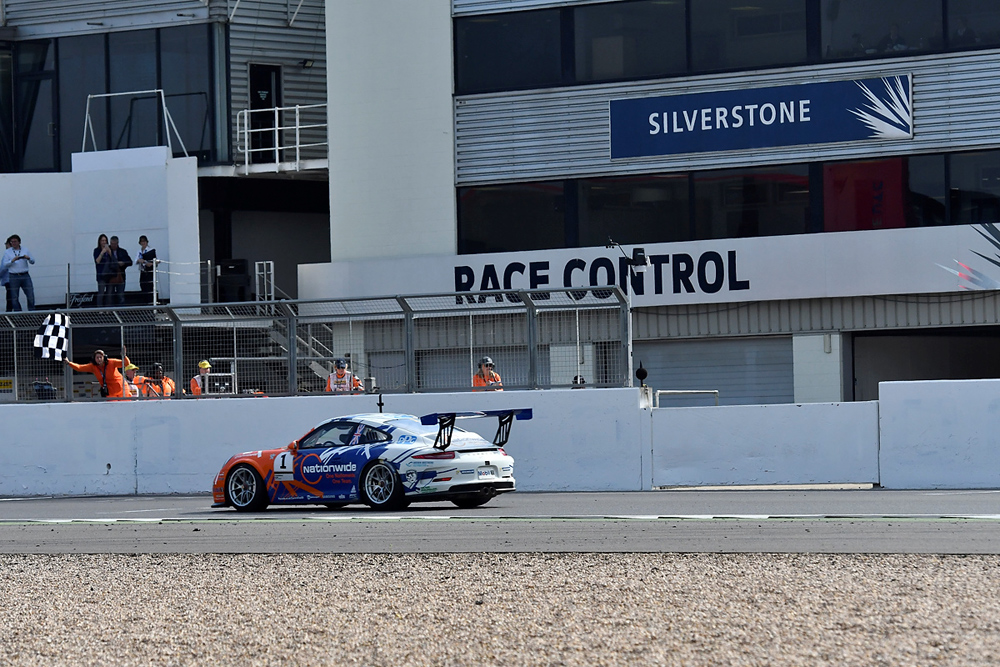 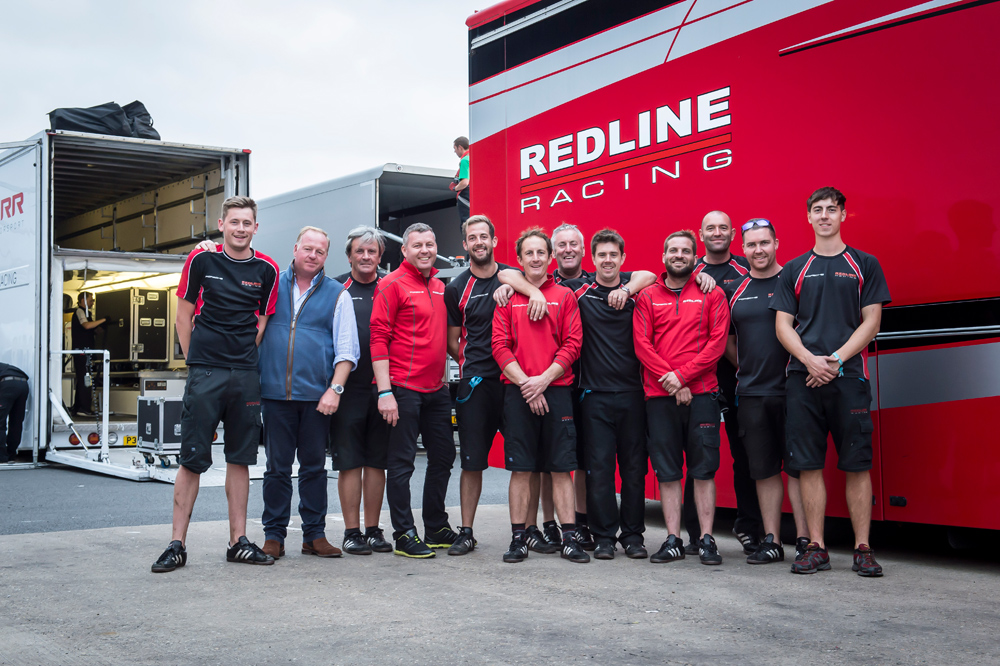 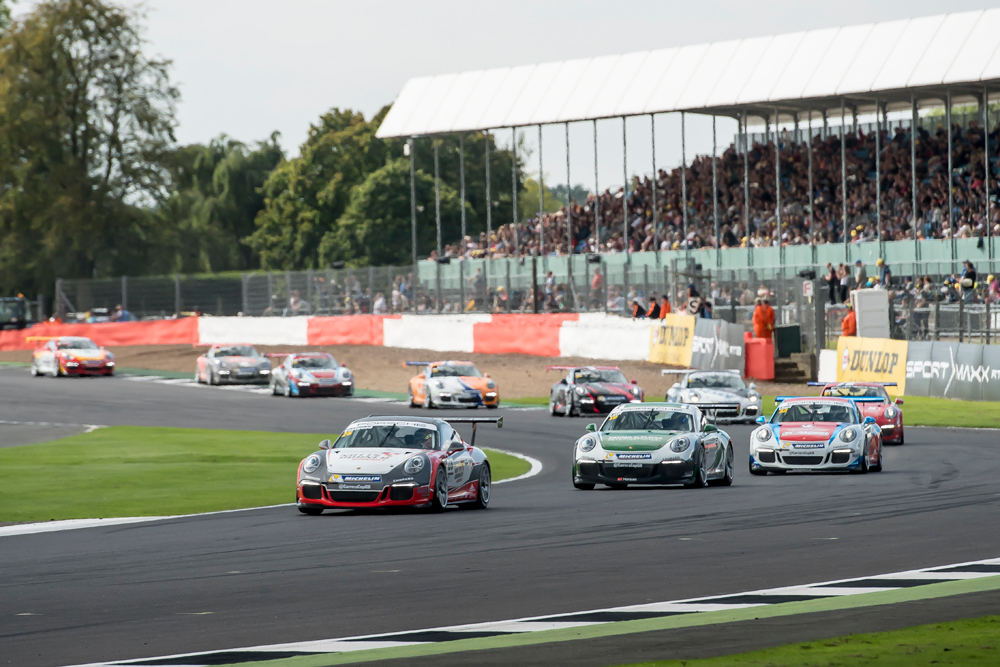 Cammish was not alone in leaving Silverstone with a title, however, as Redline Racing secured the Team title. Fellow team member Charlie Eastwood laid claim to the 2016 Rookie title, while Euan McKay (IN2 Racing) battled his way to an unassailable lead in the Pro-Am1 category.

Cammish made a perfect start and was never troubled after he surged ahead, posting the fastest lap on his way to taking his 10th win of the season. Before the lights had even turned green, Tom Sharp (IDL Racing) dashed to the pits on the formation lap with possible clutch issues. A bitter disappointment for the 2015 Rookie champion, as despite posting the second fastest lap he could improve no further than to 16th.

Behind Cammish battles raged, Stephen Jelley (Team Parker Racing) briefly taking second place from Tom Oliphant (Team Redline) before a signature move from Oliphant around the outside saw him reclaim the place. With one more challenge from Jelley at Brooklands rebuffed, Oliphant strode to a strong second place and a long-overdue podium finish for the rapid newcomer.

Despite starting from 11th due to a seriously flat spotted front tyre in qualifying, a series of impressive overtakes saw GB 2016/2017 Scholar Charlie Eastwood sweep through the field and displace Jelley to complete the podium in third. It was a fitting drive to secure him the 2016 Rookie championship.

Jelley fought hard to hold on to fourth, while Dino Zamparelli (GT Marques) kept his championship hopes alive by a thread in fifth. Team mate Alessandro Latif followed up his strong qualifying performance with a late race surge that took him to sixth, although late contact between Jonas Gelzinis (Juta Racing) and Lewis Plato (Team Redline) saw Plato eventually retire with a puncture.

In Pro-Am1, Dan McKay (IN2 Racing) never looked under threat, taking ninth overall and his second category win of 2016. Brother Euan (IN2 Racing) had a fantastic duel with Sean Hudspeth (Parr Motorsport) for most of the 28 laps, resolved in McKay’s favour when Hudspeth spun at Copse after the pair had swapped places at least three times. Hudspeth recovered to fourth, leaving Justin Sherwood (Team Parker Racing) to take the final podium place.

Peter Kyle-Henney (Parr Motorsport) maintained his stranglehold on the Pro-Am2 category, fighting in amongst the Pro-Am1 contenders and taking the category win with an almost ten second margin. Mark Radcliffe (Intersport Racing) did his championship hopes no harm in second, with Tautvydas Barstys (Juta Racing) maintaining a slender championship advantage in third.

Jelley and Zamparelli ran Cammish close, but neither could deny the champion elect taking his second title in style with his 11th win of the season – a tally that matches his 2015 haul of victories.

Jelley looked a threat on the opening lap, but a challenge from Zamparelli saw his focus shift from offence to defence and Cammish edge away in the lead. Despite a mid-race safety car that bunched the field, Cammish made a superb restart while Jelley managed to hold off a racy Zamparelli over the final laps to take second place, the Bristol driver finishing in third.

Eastwood was forced to start the second race on worn tyres after his qualifying lock up, but still managed to gain three places to finish a solid fourth. Recovering from his race one setback, Sharp took sixth after Oliphant received a five second penalty for exceeding track limits.

Continuing his run of good form, Dan McKay took his sixth consecutive podium and second consecutive win in Pro-Am1, while brother Euan, newly crowned category champion, followed him home in second. Sherwood once again made the podium after a spin for Hudspeth in the early stages saw him drop to fourth.

Some of the best race action came from the Pro-Am2 category. Shamus Jennings (G-Cat Racing) took his first win of the season with a fine drive, defending all the way from Iain Dockerill (Asset Advantage Racing). A second-time visitor to the podium, Barrie Baxter recovered well after dropping to the back of the pack to take third. Category leader Barstys held on to fourth after main contenders Kyle-Henney and Radcliffe came together at Luffield, both drivers going no further and bringing out the safety car.

With just two rounds remaining, only the Pro-Am2 title remains to be decided. After their performances at Silverstone, several drivers will be hungrier than ever to prove their mettle ahead of 2017 and take a maiden victory. Rounds fifteen and sixteen take place on the Brands Hatch Grand Prix circuit on 1 and 2 October. Follow the battles at @CupGB on Twitter and @carreracupgb on Instagram.

With a record number of overall victories, is the most successful manufacturer in Le Mans history. In 2014, returned to Le Mans and the World Endurance Championship (WEC) with the factory-run 919 Hybrid sports prototype race car in the top LMP1 category, and scored its first outright victory in its debut WEC season in the final race in Brazil. scored its 18th and latest success in Le Mans this June when France’s Romain Dumas, Swiss driver Neel Jani and Marc Lieb from Germany took the chequered flag in their 919 Hybrid LMP1 after 24 hours of flat out racing.