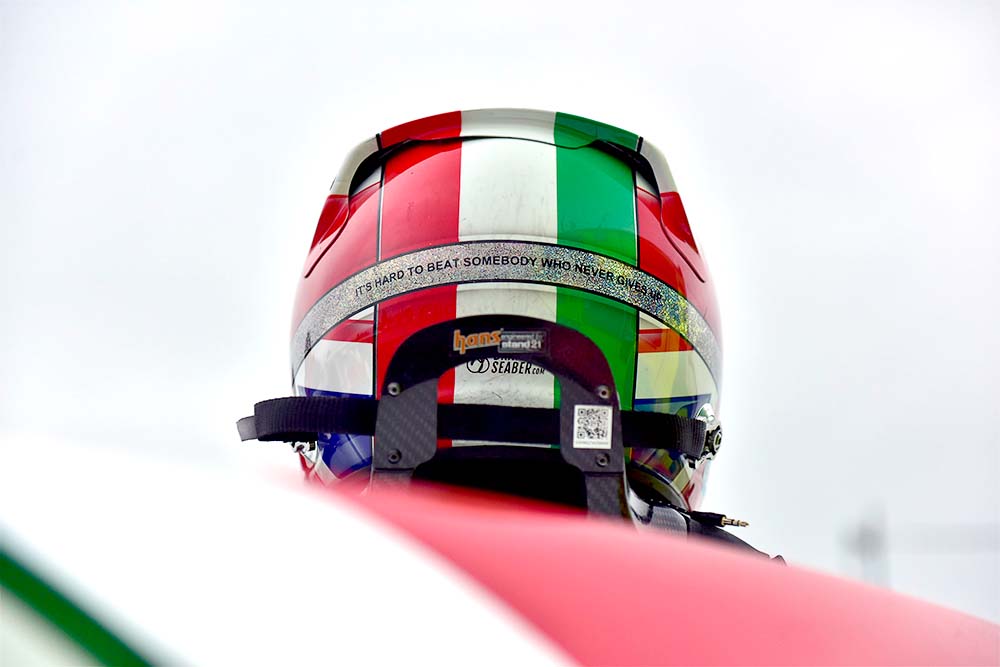 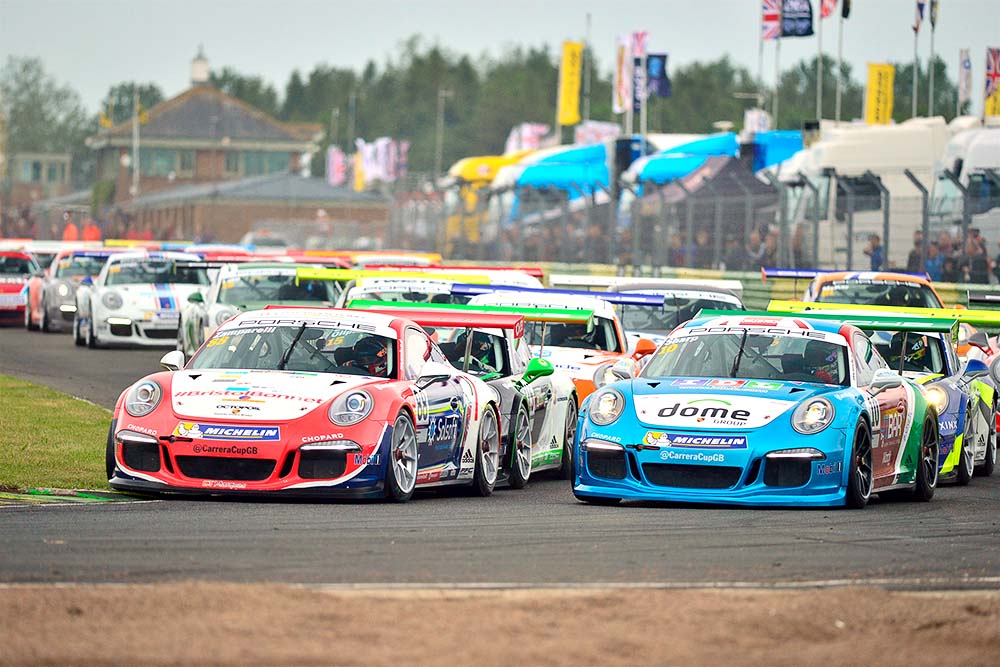 By comparison, it was the turn of championship leader Dan Cammish (Redline Racing) to have a difficult weekend, the Yorkshireman still retaining his lead, but with the margin reduced to just three points at the mid-point of the season.

For 25 minutes all eyes at Yorkshire’s challenging Croft circuit moved away from the thrilling climax of a hard-fought Le Mans to watch round seven of the Cup GB unfold.

Zamparelli opened with a perfect getaway from the lights and maintained his superb weekend form to the flag, taking fastest lap and the win:

“It wasn’t an easy race; I was pushing hard but was surprised how much the track surface made the tyres fade. The team gave me a great car, I knew what the gap was and it was a question of pushing for the whole race within the limits. It’s been a nice weekend and another job to do later.”

Suffering at the start was Tom Sharp (IDL Racing), his strong qualifying performance blunted when he took to the grass in avoidance of Jonas Gelzinis (Juta Racing) as he moved to take the inside line on the run to the first corner. The Lithuanian driver subsequently had two championship points deducted for the manoeuvre.

Sharp rejoined alongside Dan Cammish (Redline Racing), both drivers slipping back in the process. Picking his way through the mayhem was Stephen Jelley (Team Parker Racing), his experience paying off as he settled into third behind Gelzinis.

Another beneficiary at the start was 2016/17 GB Scholar Charlie Eastwood (Redline Racing), his karting instincts taking him into fourth. These positions were to remain fixed for the rest of the 15 laps, but Tom Oliphant (Redline Racing) recovered from a poor start to pass Sharp who was steadily dropping back with first-lap damage. Cammish meanwhile took sixth-placed Bradley Ellis (Team Parker Racing) at the Hairpin to begin his charge back through the field. The determined Oliphant kept ahead to take fifth when the reigning champion’s charge faded with an uncharacteristic spin that demonstrated just how hard the field was pushing.

In an eventful Pro-Am1 race, Euan McKay (IN2 Racing) converted his category pole position into a dominant win that saw him among the Pro category runners and belied his Rookie status:

“I’m really happy with that win, three in a row, and trying to keep it going into the next race. I managed to keep a couple of the Pros behind me for most of the race, but I’m happy to take the points in Pro-Am1.”

By comparison, brother Dan McKay (IN2 Racing) had an all too eventful race that ended in the pits following contact with local man John McCullagh (Redline Racing), the damage proving too much to repair before race two. Justin Sherwood (Team Parker Racing) pushed Sean Hudspeth (Parr Motorsport) throughout the race, the pair finishing in that order with only half a second between them at the line.

“Finally it’s come. Oulton was the turning point for me, so I came here wanting to get past my big accident last year and really went for it. Qualifying was very tight, and the race so close.”

Mark Radcliffe (Intersport Racing) made steady progress to take third, displacing Iain Dockerill (Asset Advantage Racing) who held the position earlier in the race until a spin dropped him to fifth behind Peter Parsons (The Car Loan Centre).

Dino Zamparelli again kept himself ahead of any trouble in a race that saw an abundance of on track, and off track, action. A light fall of rain just before the start which came and went throughout the race made conditions particularly challenging, but they proved no hindrance to Zamparelli’s control of the weekend:

“It’s been the perfect weekend, a perfect to return to form that’s allowed us to put on the pressure for the championship. Conditions were tough and I was trying to get away but not slide off. When you’re leading you’re the first to get to each corner, so you have to be wary of the conditions but also the gap behind. My lead got eroded when I caught the backmarkers battling, but a win is a win whatever the margin. We’re really excited for what’s to come.”

Dan Cammish drove a champion’s race to finish less than a second adrift of Zamparelli after the pair spent several laps trading tenths in ever changing conditions. Despite starting fifth, the Yorkshireman made the best of the rolling start, profiting from a mistake by Sharp at Sunny In to set after Zamparelli following a spin from second by the flying Tom Oliphant. Oliphant went on to finish fifth, but the resulting battle for third between Sharp and Jelley was one of the highlights of an action-packed race, Sharp keeping his nose ahead to take the final podium position by just over a second.

The Pro-Am1 race proved to be the most eventful, with the fast Euan McKay and Sean Hudspeth running in amongst the Pro category drivers. Despite his limited experience of the circuit, Hudspeth took the lead only to be spun out of it by a charging Bradley Ellis, himself out of position following earlier contact with Jonas Gelzinis. This left Euan McKay to take his fourth Pro-Am1 win in a row, Justin Sherwood second and local man John McCullagh (Redline Racing) third.

The always close-fought Pro-Am2 category was also decided by a spin, round seven winner Peter Kyle-Henney spinning from the lead to gift a fourth win of the season to Mark Radcliffe. The rapid newcomer seemed relatively untroubled by the surface moisture to steadily move his way to the front, but a second from Kyle-Henney and third from Tautvydas Barstys keeps the battle for the title wide open.

With eight rounds gone and eight to go, everything remains to be played for in each category. The second half of the season starts at Snetterton on 30 and 31 July, but some of the stars of the Cup GB will be in action next as part of the Mobil One Supercup in support of the British Grand Prix on 9 and 10 July. Follow the battles at @CupGB on Twitter and @carreracupgb on Instagram.