The logistical challenge was exceptional. 26 911 GT3 Cup race cars were flown from Stuttgart airport to Austin/Texas for the season finale of the Mobil 1 Supercup. Every year, the international One-Make-Series begins with all the European Formula 1 races, and ends with one overseas race. In 2016, the US Grand Prix provided the finale, and the 2017 season will finish in Mexico. In terms of organisation, an entire racing series has to be moved, including race cars, workshop equipment and advertising hoardings. Everything required on the race track is neatly secured in packages of various sizes, some more than head-high.

When the Boeing 747 shuts down its engines after landing at Stuttgart airport's cargo terminal, the loading process begins immediately, with maximum efficiency. Everything is fastidiously prepared, because an aircraft only earns money when it's in the air, as the logistics service provider explains. The eight customer teams had delivered their cars and equipment to the airport a few days earlier. 600 kilograms or 1.5 cubic metres of workshop accessories and spare parts per vehicle are permitted. Five race cars were not delivered until 11 pm the night before – just in time. Christian Engelhart had battled for the Cup Deutschland championship title in one of the MRS team's 911 GT3 Cups in Hockenheim on Sunday afternoon. Now he's heading to Austin.

The logistics experts make easy work of the seemingly complicated loading of 26 race cars. The majority of the Cup cars are packed in pairs. One end of the "cargo unit" faces forwards, the other backwards, resulting in optimum weight distribution. The cars are placed on a "roller bed", i.e. metal plates with rollers underneath. An attachment is fitted to the wheels' central locking, to which tensioning belts are firmly secured. The spare parts and equipment are consolidated into cargo units and stowed in metal cases. These are surrounded by tightly drawn nets that ensure the flight cases remain stable. Nothing must move about in the aircraft's hold - after all, turbulence may be encountered at 8,600 kilometres.

The hatch of the lower cargo deck, where luggage is usually transported, opens and a forklift truck delivers the first Cup car, lifting it high in the air. The airline's cargo handlers decide what goes where. They know their Boeing 747 inside out. The Cup cars and equipment weigh 75 tons. The 100-ton jumbo can accommodate 25 more. This is used to carry more fuel, so that the aircraft can manage without a stop-over.

The bulk of the freight is loaded in the cabin. Rails are mounted on the floor of the seemingly endless 56.4-metre-long fuselage, on which vehicle and spare parts boxes are rolled into place and securely fastened. The logistics experts place most of the weight around the 64.4-metre-wide wings, which is vital to maintain the correct balance within the aircraft.

An extension ladder leads to the cockpit and the area where First Class is usually located, where only a handful of seats are installed. Logistics staff occupy two of these – and are the only passengers. When everything is finally loaded, they raise the gangway. The Boeing 747 takes off and with it the entire starting line-up of the Mobil 1 Supercup. The logistics masterpiece is complete 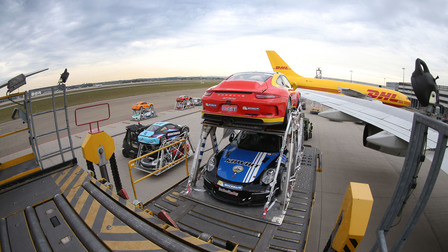 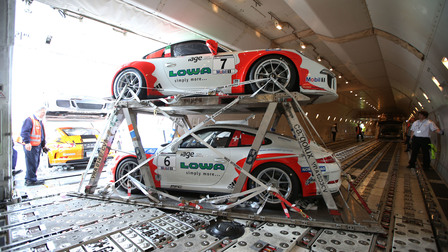 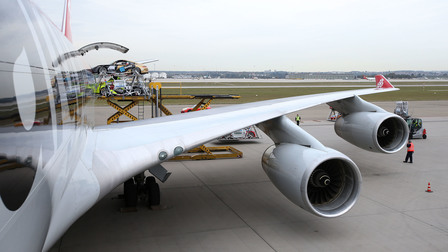 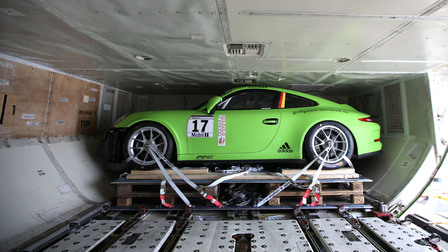 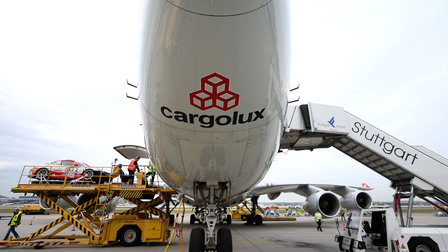 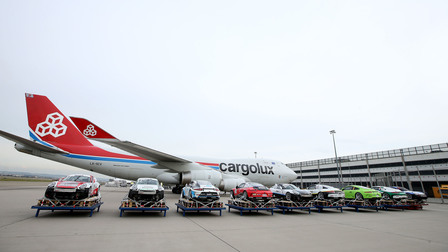 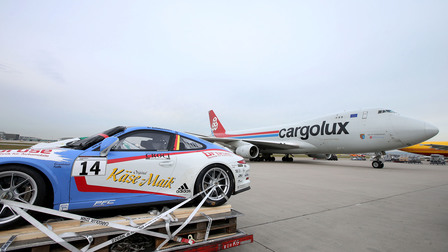 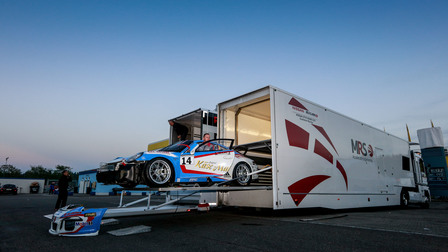 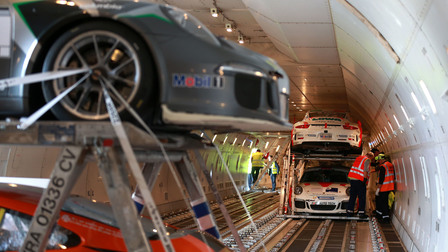 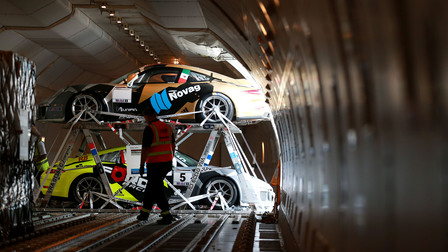 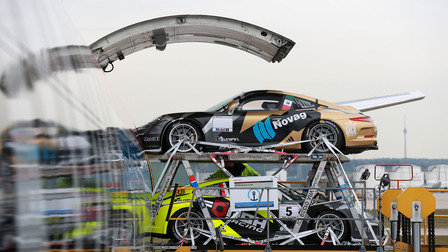 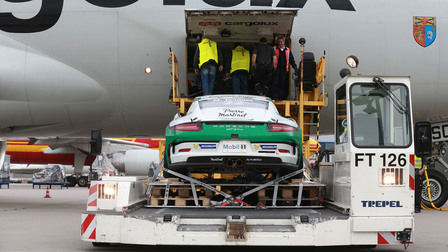 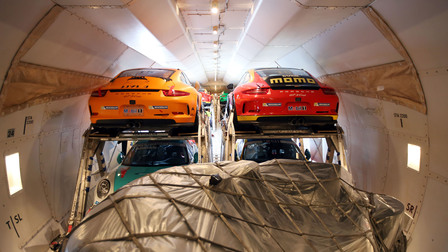