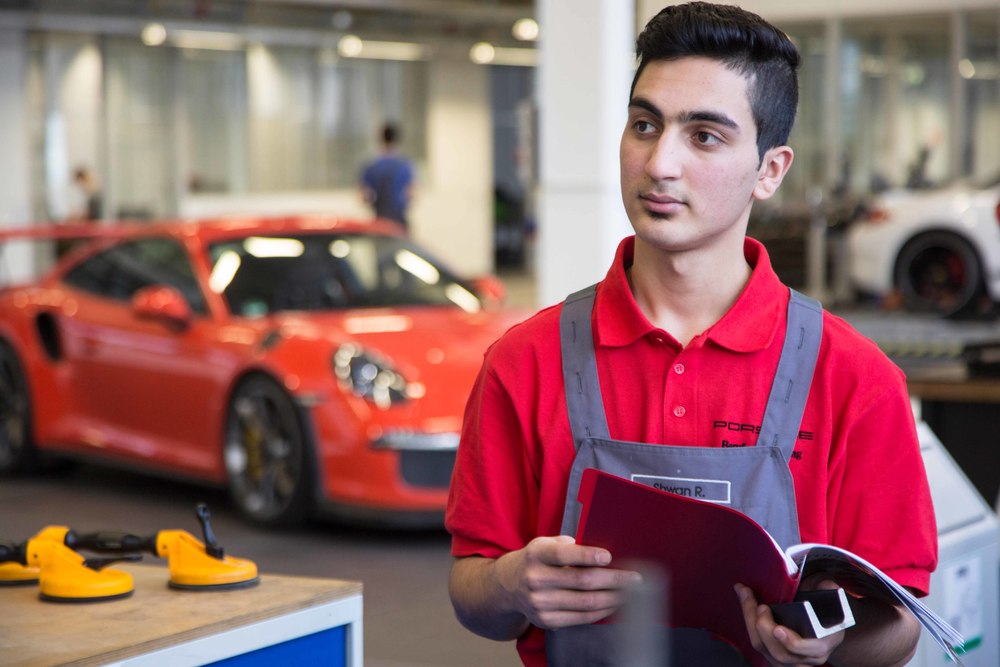 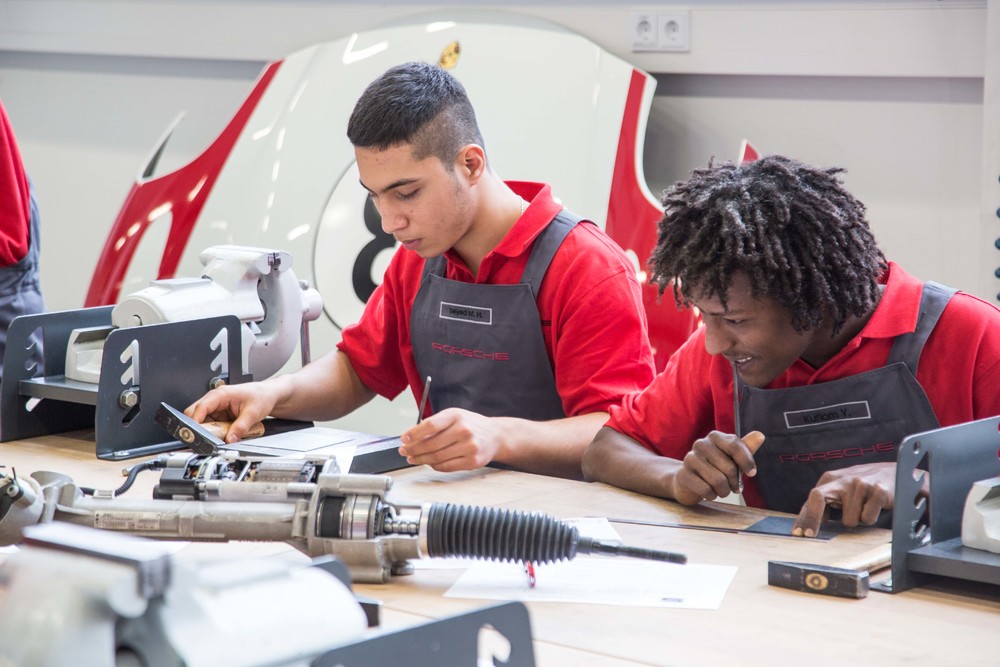 : Integration year for refugees a success Eleven men and women are enjoying continued career prospects at the sportscar manufacturer

Stuttgart . The first integration year at has exceeded expectations. Eleven of the thirteen refugees, aged between 16 and 38, are looking forward to continued career prospects at the sportscar manufacturer from September. is also keeping the door open for the two other participants. The intention is for them to attend another year of schooling in order to achieve the required level of education and command of the language. will continue to exercise its corporate social responsibility by starting a second integration year in November 2016. This time, a total of 15 women and men will be given the opportunity to develop their linguistic, cultural and technical skills over a period of ten months. The goal is to improve their opportunities in the employment market and lead them towards an apprenticeship or even direct employment.

“We had a firm intention to assist refugees with the integration process, and were convinced about our approach with its comprehensive programme. However, we could not have foreseen that the participants would be so motivated throughout and would develop such a positive group dynamic. That says a great deal about the refugees, and also for the work of our trainers”, says Andreas Haffner, Member of the Board for Human Resources and Social Affairs at AG, who has a positive view of the first integration year. As expected, the differing language requirements proved to be the most significant challenge. “This made it even more important to let the refugees regularly sample life in the technical and commercial training areas and specialist departments right from the start, so they could improve their language skills in practice. Besides the language element, this also allowed them to overcome any reservations they may have had, as an industrial enterprise on this scale and with this level of organisation was entirely new to them”, adds Dieter Esser, Head of Vocational Training at . Along with his team, he was responsible for conceiving and implementing the integration year.

The eleven men and women from Afghanistan, Eritrea, Iraq, Iran, Pakistan and Syria are taking different paths at : Two of them will take part in the preparatory year, which is an additional preliminary stage towards starting an apprenticeship. Two of the participants have passed the aptitude tests for an apprenticeship and will be trained as either a vehicle interior fitter or an automotive mechatronics specialist focusing on passenger car technology. The other seven participants are being assigned to production and logistics, initially for a period of one year. They are committed to continuing work on their German language skills in their own time. This will then allow them to meet the requirements for an apprenticeship or for continuing work in the relevant specialist departments within production and logistics, depending on their age.

Uwe Hück, Head of the Works Council at AG, had the following to say about the development: “I am incredibly proud that the Board and Works Council have formalised the integration year in the form of a company agreement. This move came after our previous Chairman of the Board Matthias Müller and I spontaneously decided not to support refugees with donations in kind, but instead to integrate them into the world of work – and to do so as quickly as possible. To help us go about our mission, we put the “integration year” initiative in place, a preliminary stage towards starting an apprenticeship. This isn’t an opportunity that is simply given away – all candidates have to work incredibly hard. One thing is clear to us: We have to be the world masters of integration, and not the masters of resting on our laurels. Only by taking on this mantel can we drive forward technical professions in the industry and in trade more widely. Integration isn’t just about introducing people to our culture, but about helping them to learn the German language. Training is and remains the key to succcess. We are proud that we have made it possible for these eleven young people to start a career. That is why I am certain that our integration year is and will remain a model for success.”

The integration year is an extension of the preparatory year. Since 2012, eleven young people from each intake have undergone preparation for an apprenticeship. Each of them begins the year with an insufficient level of education and a career path that has been interrupted for a wide variety of reasons. Alongside the 15 refugees from the upcoming integration year, the sportscar manufacturer is offering the prospect of a career to a total of 26 people. Each of them would otherwise have virtually no opportunities in the employment market. In addition, currently trains 220 young people per year.

Images in the Newsroom (http://newsroom.porsche.de) and in the press database (https://presse.porsche.de)