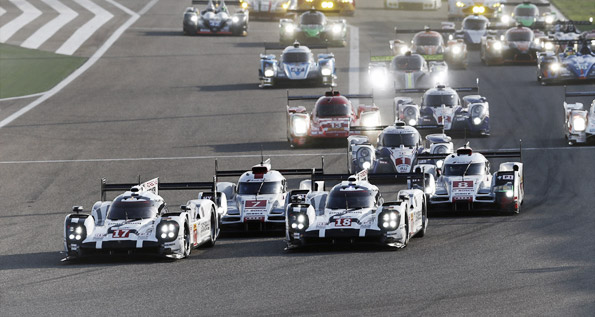 Stuttgart. At the FIA World Endurance Championship’s finale in Bahrain on Saturday, won four more titles. Former F1 driver Mark Webber (Australia), Timo Bernhard (Germany) and Brendon Hartley (New Zealand) are the new World Champions with the 919 Hybrid. The sixth race win for was taken by their teammates Romain Dumas (France), Neel Jani (Switzerland) and Marc Lieb (Germany). For a perfect season has come to an end: They took the overall victory at the 24 Hours in Le Mans, won the Manufacturers’ World Championship title at the penultimate round in Shanghai – and now have been crowned the drivers’ World Champions too.

In the GT class for production-based cars, in which competes with the 911 RSR, the competition version of the iconic 911, the company won three titles: took the manufacturers’ title, Richard Lietz (Austria) took the drivers’ title and Team Manthey won the team title.

Matthias Müller, Chairman of the board of Management, Volkswagen AG: “I am very happy about the Team’s great sporting success here in Bahrain, and I’d like to congratulate Timo Bernhard, Brendon Hartley and Mark Weber for the drivers’ title. The World Endurance Championship’s ground-braking regulations allows both of the group’s brands – Audi and – to test and develop future technologies for road going cars. Motorsport was and remains an important tool within the Volkswagen Group. I would also like to congratulate Richard Lietz and Team Manthey for the three GT titles.”

Oliver Blume, Chairman of the board AG: “Today is a great day for . To win the drivers’ title and the three GT titles, this crowns this exciting and successful year in the World Endurance Championship. The 17th overall victory at Le Mans, the early win of the manufacturers’ title and now the drivers’ title for the 919 Hybrid trio prove the strength of this young team. By returning to top level motorsport continues what has been a successful history – this is a great position to start the 2016 season from.“