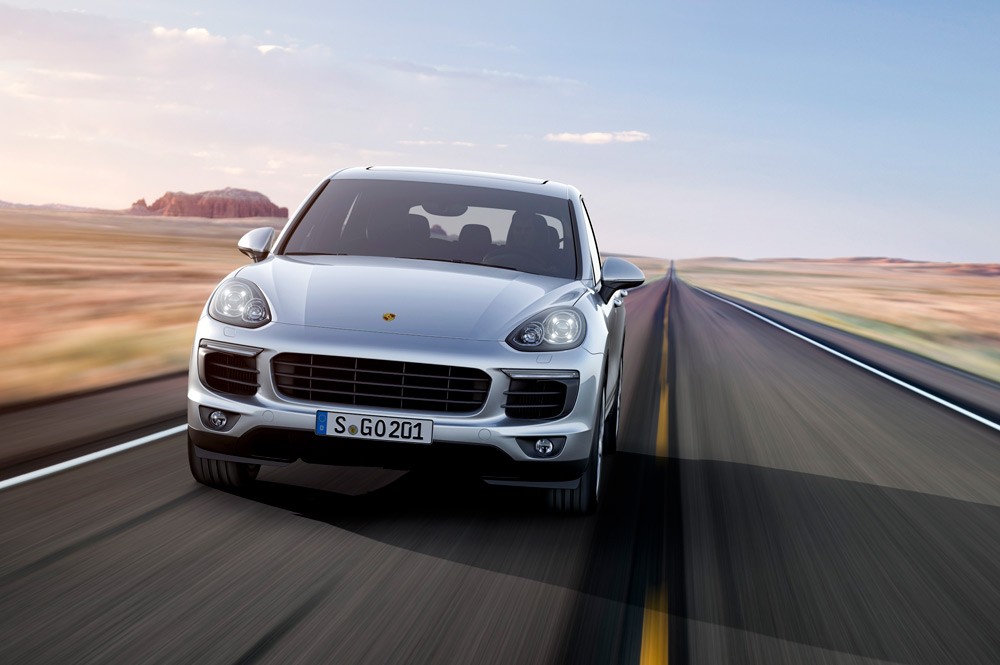 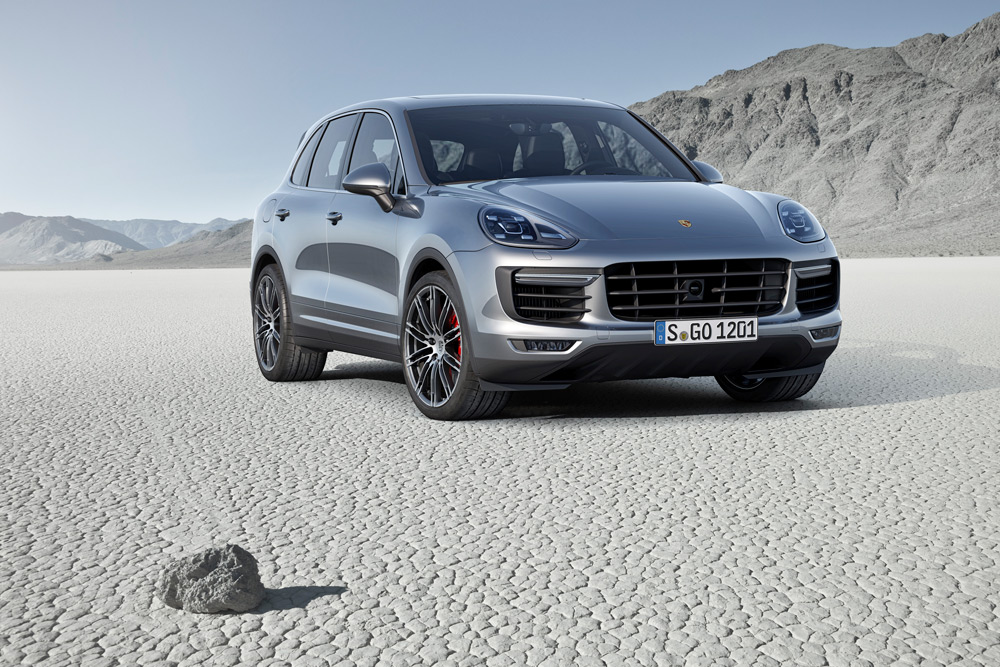 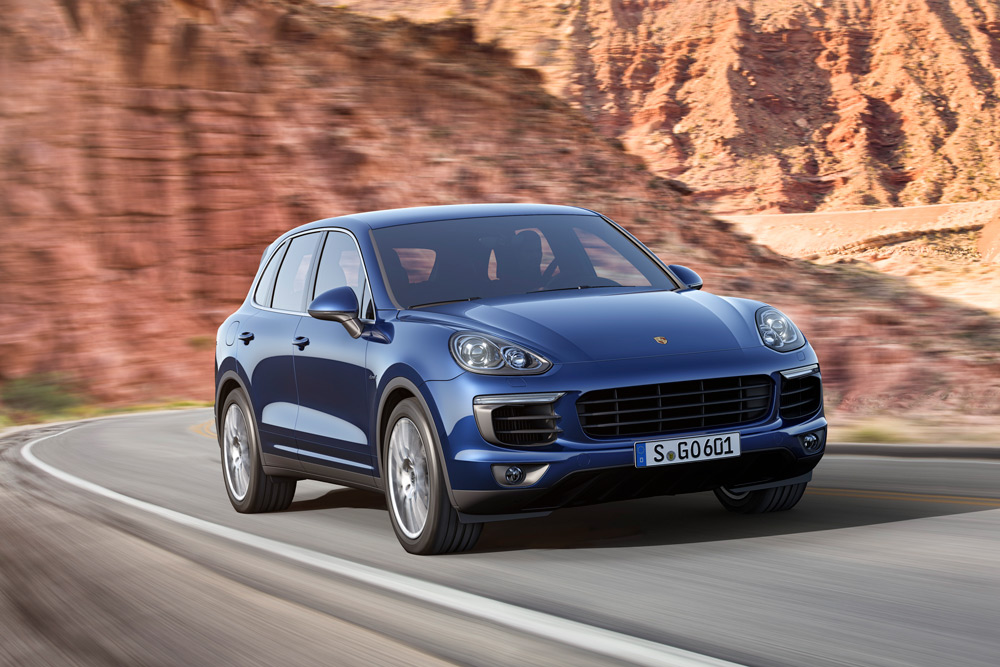 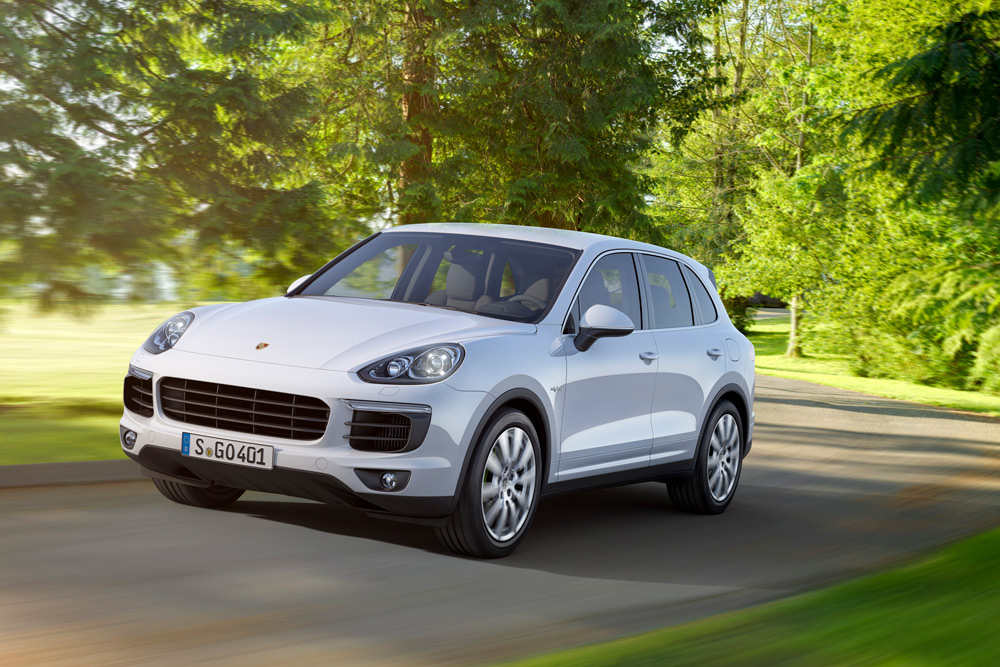 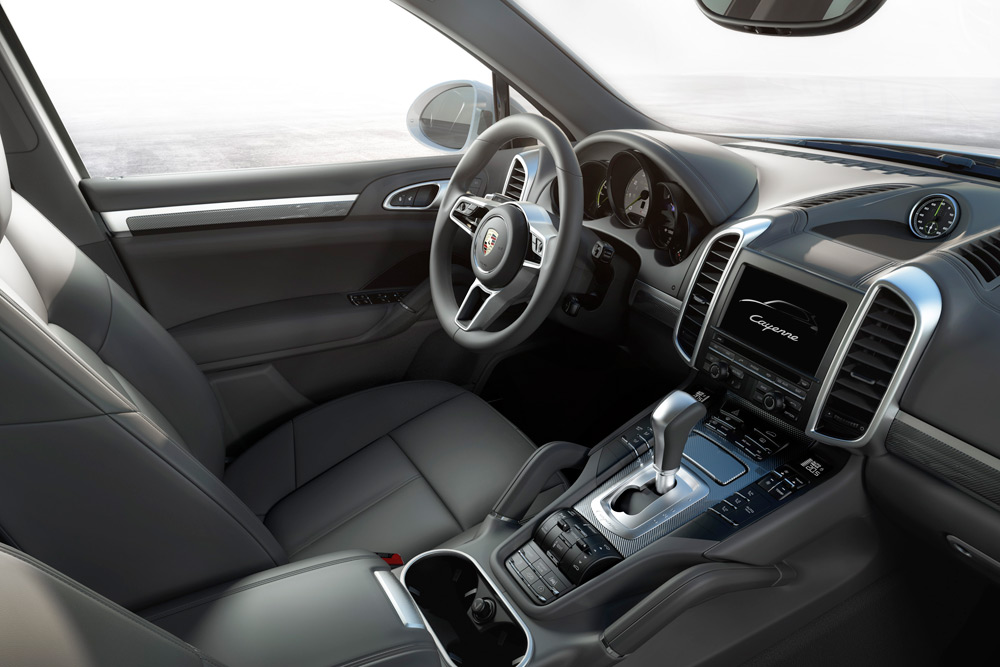 Even more efficient and dynamic: the new Continuing a success story

Stuttgart.
A sharper design, boosted efficiency and extensive set of standard features: Those are the key characteristics of the new (1). As a sports car among sport utility vehicles (SUVs), besides offering five seats and extensive high-end features, it primarily offers a lot of room for a lot of driving fun. With high performance and typical design DNA.

The new generation of the will launch on the market in five versions: S, , Diesel, S Diesel and – in a world premiere – the S (2), which is the first plug-in hybrid in the premium SUV segment. This model, together with the S and the 918 Spyder, make the world's only carmaker to offer three plug-in hybrid models. All engine versions show improved performance figures as well as better fuel economy than comparable previous versions. A new engine is the 3.6-litre V6 biturbo of the S that was fully developed by .

The is a unique success story at . The company introduced the first generation in 2002. This vehicle made the idea of a sports car in the SUV segment a reality – and it set standards right from the start. Sales have exceeded all expectations: Over 276,000 first generation vehicles were produced (2002 to 2010), and around 303,000 units of the second generation, which was introduced in 2010, have already been produced so far. So the is not only boosting profitable growth at , it is also creating a solid economic foundation for investments in future generations of sports cars.

Sharpened exterior design In its latest version, designers have given the an even sharper design with precise lines and purposefully placed light refracting edges. Entirely new are the design of the front body, the front wings and the bonnet. Also new are the airblades: These air fins on the right and left of the vehicle's front end efficiently guide cooling air to the intercoolers and also make a strong visual statement.

At first glance, the new can be clearly made out as a by its bi-xenon headlights, which are standard in the base and S models, with "hovering" four-point LED daytime running lights that are typical of . The high performance standard of the top model, the , is emphasised by standard LED headlights with the Dynamic Light System (PDLS).

The rear section of the new was also thoroughly updated: the layout of the rear lights creates a three-dimensional effect; the brake lights – like the LED daytime running lights in front – are designed in four elements. The license plate recess, boot handle and lights are now integrated more elegantly into the boot lid. Designers also re-designed the car's horizontal lines, giving the vehicle an even fuller stance on the road. The newly designed exhaust tailpipes are now integrated in the lower rear section. An automatically activating boot lid is a standard feature.

In the interior, designers devoted much of their effort to the driver's space – the driver now gets a new multifunction sport steering wheel with shift paddles as standard; its look and functions are based on the steering wheel of the 918 Spyder. They also made the rear seating system even more comfortable, and seat ventilation can now be ordered as an option for the rear seats.

Better efficiency Power and torque were boosted while improving fuel economy: for these are not incompatible or contradictory goals; they were enabled by numerous individual modifications to the entire drivetrain. For instance, all new models consume significantly less fuel, because of a coasting function, the further advanced "auto stop-start function plus" and optimised thermal management. Active cooling air flaps are now being used for the first time in the models. They are located behind the middle air inlet and are controlled by engine management. They are opened or closed according to the specific driving situation and cooling needs; this way they adjust the air volume that is available for cooling. When they are closed they improve aerodynamics, which reduces air drag and thereby improves fuel economy.

The S is the first plug-in hybrid in the premium SUV segment. The technical progress made here is immense compared to the previous S Hybrid. The new model has a lithium-ion traction battery with an energy capacity of 10.9 kWh, which enables an all-electric driving range of 18 to 36 km, depending on the style of driving and route topography. The power of the electric motor was more than doubled: from 47 hp (34 kW) to 95 hp (70 kW). The combined fuel consumption is now 3.4 l/100 km (79 g/km CO2). The three-litre V6 supercharged engine (333 hp / 245 kW) and the electric motor (95 hp / 70 kW) produce a combined system power of 416 hp (306 kW) at 5,500 rpm and a total system torque of 590 Newton metres from 1,250 to 4,000 rpm. This enables driving performance on the level of a sports car: zero to 100 km/h in 5.9 seconds and a top speed of 243 km/h. The top speed in all-electric driving is 125 km/h. The traction battery can be charged from the electric power grid or while driving.

The hybrid tradition at extends back to the year 1899 and to the Lohner – the world's first vehicle to have a battery-powered electric drive as well as a combustion engine, which was designed and built by Ferdinand . In the current model line-up, the S is setting standards worldwide as the first plug-in vehicle of the premium class. The S is now transferring this forward-looking technology to the premium SUV segment. Extraordinarily powerful hybrid technology has also already been implemented in a sports car, in a super sports car no less – the 918 Spyder. This car serves as an example of technology transfer from motorsport to production cars: the most advanced form of hybrid drive technology is currently implemented in the 919 Hybrid, and it is also being studied for production vehicles.

Chassis tuning of the new was optimised for even greater comfort, naturally without compromising its dynamic pace. This makes the spread between comfort and sportiness even greater than before – and it validates the claim to being the sports car in the SUV segment.

The new models are scheduled to be launched in Malaysia Q1 2015.