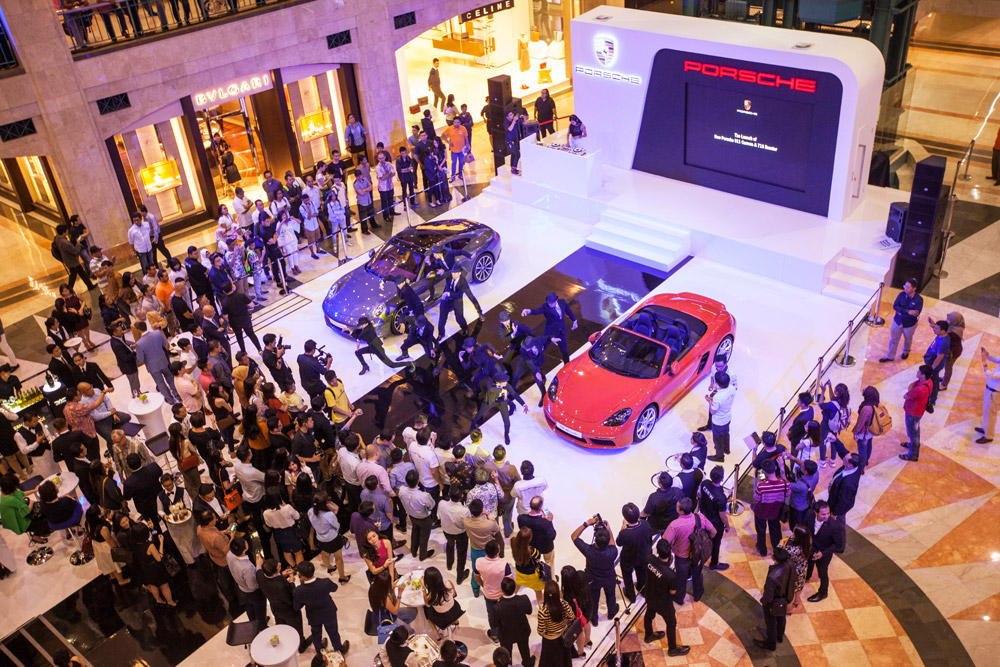 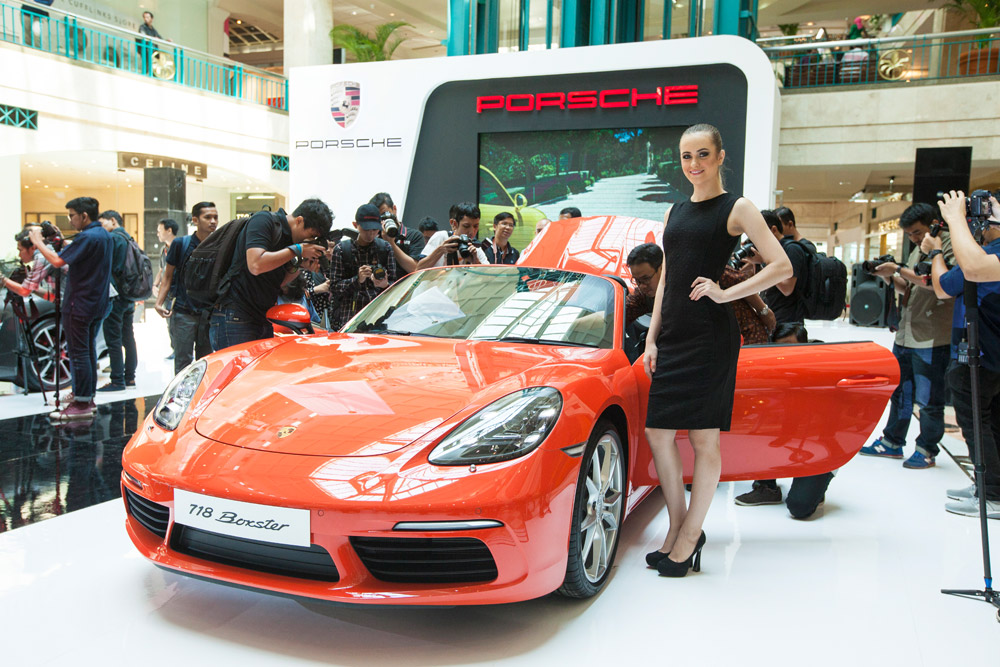 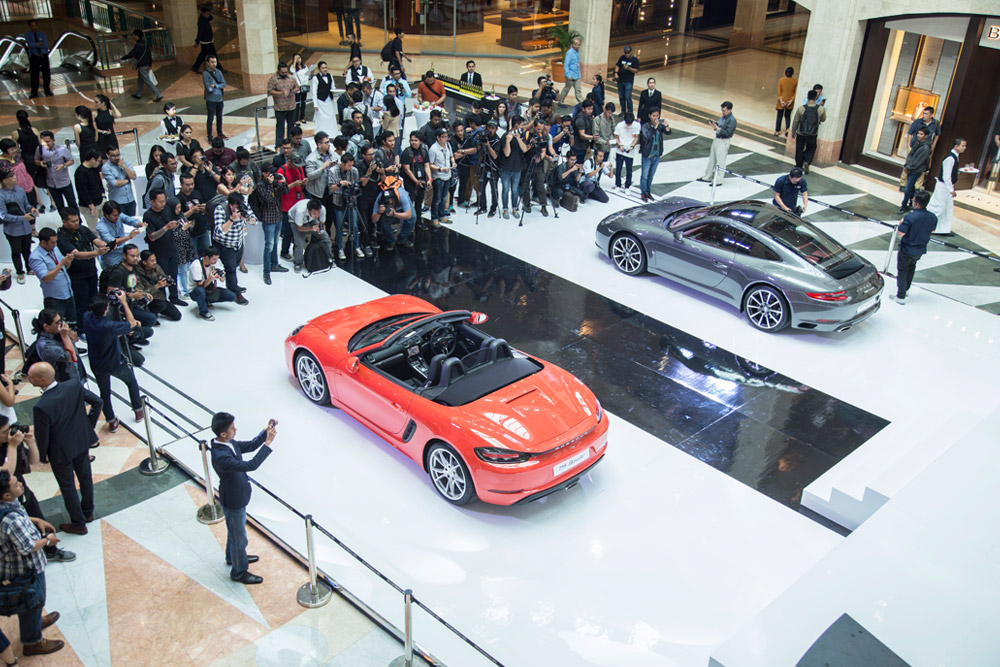 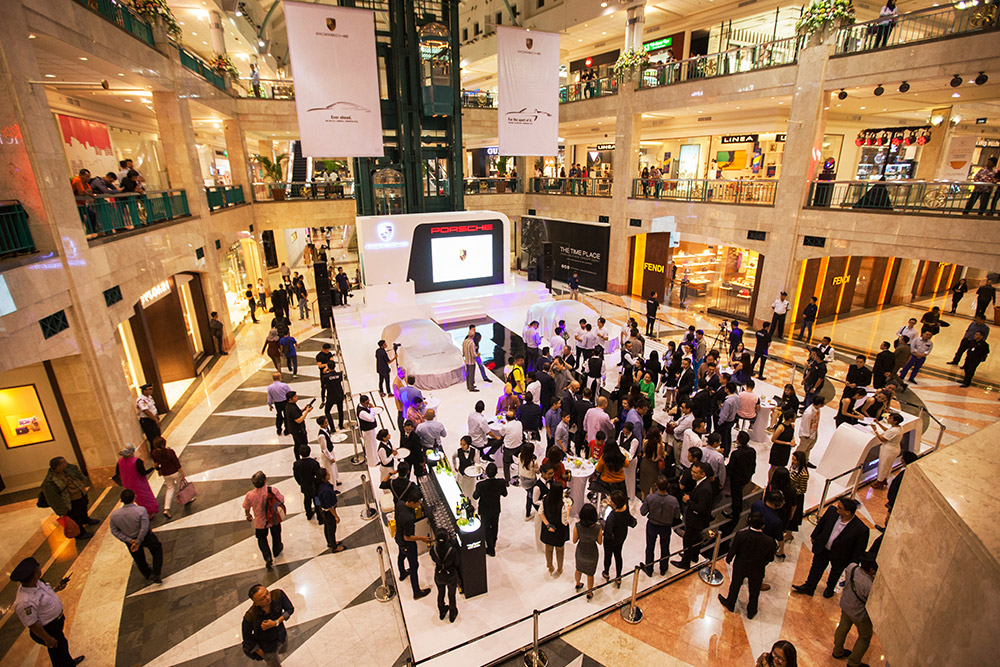 Indonesia officially introduced the new model of 911 and 718

Jakarta. PT Eurokars Artha Utama (Eurokars), the official importer and distributor for in Indonesia launched thenew 911 and 911 S as well as the 718 and 718 S, on July 28, 2016 at Atrium Plaza Senayan witnessed by the media and enthusiasts.

Herbert Kwee, CEO of PT Eurokars Artha Utama, and, Christoph Choi, Managing Director of PT Eurokars Artha Utama together with Ivan Dobnikar, Network Development Director of Asia Pacific attended the official launch. To further offer the opportunity to view the two latest models from , an exhibition for three days from July 29 – 31, 2016 will be held following the official launch event.

Units that will be displayed in the exhibition are 911 , 718 and 718 S. The 911 has been breaking boundaries and setting benchmarks since 1963, and it has earned and maintained its legendary status as the flagship model that is renowned for. This new unveiling captures that same spirit and is the result of decades of experience distilled into one compact and purebred sports car that makes one steady step forward into the future. The design, engine, chassis, interior — a considerable number of components in the new 911 have been improved and enhanced to deliver an even better driving experience and more driving comfort and pleasure.

The new 718 models are pure roadsters that make a clear statement, standing out from their predecessors. The broader front, thanks to the horizontal geometry of the air intakes, adds a striking sense of dynamism and power. Its side profile is even more distinctive, with large wheel arches and doors that are contoured purposefully to direct headwind into the air intakes for the newly-developed turbocharged engines.

Celebrating the arrival of the turbocharged four-cylinder engine 718 model line, Asia Pacific has launched an online racing game titled the 718 Challenge. fans and enthusiasts are invited to put their driving skills to the test online while manoeuvring the new S and 718 S down the twisting roads. Interested participants may visit www.porsche.com/718challenge to join the race and learn more about the heritage of the 718 and 718 .

The 718 model line can be made out at first glance. The front end of the new roadster exhibits a much more sculptural form. The front has a wider and more masculine appearance. The much larger cooling air intakes at the front are a distinct exterior expression of the new turbo engine concept. The front end of the 718 is rounded out by the new design of the bi-xenon head-lights with integrated LED daytime running lights. LED headlights with four-point daytime running lights are available as a new option.

From a side view, identifying features of the new model line include new, independently styled wings and side sills. Larger air inlet panels with two fins emphasise the car's dynamic look. The doors are now designed without door handle recess covers. New 19-inch wheels are standard, whereas the 20-inch diameter wheels are available as an option.

The redesigned rear body of the 718 has a much wider look – especially due to the ac-cent strip with integrated badge between the tail lights. The entirely redeveloped tail lights are distinguished by their three-dimensional LED technology and four-point brake lights.

The turbo concept is boosting driving performance while improving fuel economy. In the 718 , the four-cylinder flat engine with PDK has a NEDC fuel consumption figure of 7.0 l/100 km (1.0 l/100 km less). In the 718 S, the 2.5-litre turbo flat engine with PDK con-sumes just 7.4 l/100 km (0.9 l/100 km less). The 718 models come with the Doppelkupplungsgetriebe (PDK) as standard, which now features fuel-saving virtual gears.

In its driving dynamics, the new roadster follows in the tracks of the original 718. The car's com-pletely retuned chassis enhances cornering performance. The electromechanically steering sys-tem is configured to be 10% more direct. This makes the 718 even more agile and easier to steer, both on circuit tracks and in everyday traffic.

Available at extra charge for the roadsters is Active Suspension Management (PASM) with a ten millimetre lower ride height. For the first time, the PASM sport chassis with a 20 milli-metre lower ride height is available as an option for the 718 S. The active chassis, which has also been retuned, offers an even broader spread between long-distance touring comfort and dynamic sporty stiffness.

As in the 911, the optional Sport Chrono Package now comprises the Individual programme in addition to the three settings Normal, Sport and Sport Plus. In sports cars with PDK, the Sport Response Button has been added, which is located at the middle of the driving programme switch. Inspired by car racing, it enables the driver to configure the responsiveness of the engine and the PDK to be very direct.

Awaiting the driver in the cockpit of the 718 is the familiar interior environment, now upgraded with new elements such as the instrument panel. Another central element of the new interior layout is the Communication Management (PCM) unit with mobile phone preparation, audio interfaces and the Sound Package Plus with 110 watts of audio power. The PCM can be extended with optional modules to thoroughly adapt it to personal requirements. For instance, the navigation module with voice control is available, which makes it easy to input driving destinations. In addition, the Connect Plus module is available as an extension of the navigation module.

About the all-new 911 and Models

Many exterior features of the 911 have been visually refined: these range from newly designed standard Bi-Xenon headlights with integrated four-point LED daytime driving lights to door handles without recess covers, a redesigned rear lid with vertical louvres and new rear lights – including the characteristic four-point brake lights. In the interior, the new standard Communication Management with a multi-touch display offers a considerably expanded range of functions and greatly simplified operation.

The completely new engine generation with bi-turbo charging raises the emotional driving pleasure in the 911 to an even more intensive experience: 370 hp (272 kW) of power for the 911 . The engine in the 911 S now delivers 420 hp (309 kW). In both cases this represents a power increase of 20 hp (15 kW). Both engines have a displacement of three litres.

In conjunction with the optional Sport Chrono Package, the 911 now has a mode switch on the steering wheel for the first time. The mode switch consists of a rotary ring with four positions for the driving modes “Normal”, “Sport”, “Sport Plus” and “Individual”. In conjunction with PDK transmission, the mode switch has an additional button, the “Sport Response Button”. When this button is pressed, the drivetrain is pre-conditioned for maximum acceleration for 20 seconds.

With every new generation of Active Stability Management (PASM), further increases the spread between everyday comfort and circuit performance. For the first time, the new PASM chassis ( Active Suspension Management), which lowers the ride height by ten millimetres, is a standard feature on board all models. Furthermore, the rear tyres of the 911 S now measure 305 instead of 295 millimetres.

The active rear-axle steering that is available as an option for the 911 S is chassis technology adopted from the 911 and 911 GT3. The new steering wheel generation with a design based on the steering wheel of the 918 Spyder has a diameter of 375 millimetres; the optional GT sports steering wheel measures 360 millimetres. For unlimited everyday practicality, offers a hydraulic lift system with integrated lifting cylinders in the struts of the front axle.

A standard feature of the new 911 models is the newly developed Communication Management System (PCM). The PCM can be operated by performing multi-touch gestures on the seven-inch display. The smartphone tray being integrated for the first time in the centre armrest also offers battery-saving charging and optimised mobile phone reception. Also new is the option of connecting an iPhone to the PCM to use CarPlay.

The light strip between the rear lights now produces an especially distinctive effect thanks to its consciously three-dimensional design. When switched on, the light reinforces the impression of depth. The light strip also underlines the typical format of the all-wheel drive 911, with rear fenders that arch further outwards by 44 millimetres in total, compared to the rear-wheel drive model, as in previous models.