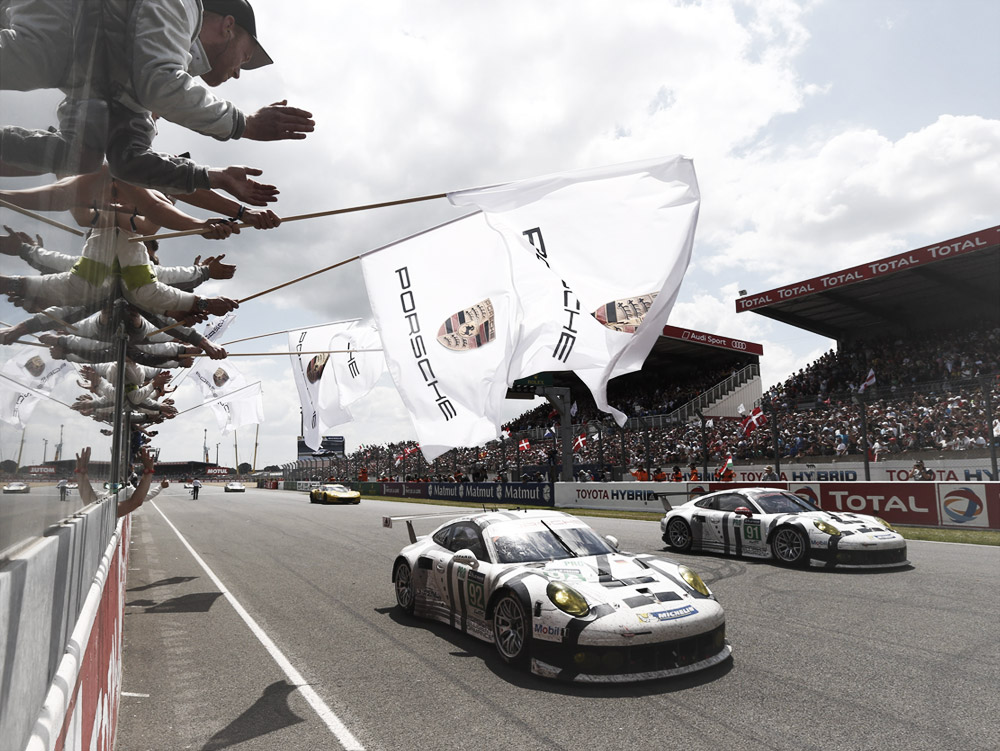 Podium placing for at the 24 Hours of Le Mans: Manthey squad’s 470 hp 911 RSR driven by works drivers Marco Holzer (Germany), Frédéric Makowiecki (France) and Richard Lietz (Austria) took the flag at the 82nd edition of the long distance classic at the Sarthe third in the GTE-Pro class. Scoring second in the GTE-Am class, junior Klaus Bachler celebrated the greatest success of his career by now at his first ever Le Mans race.