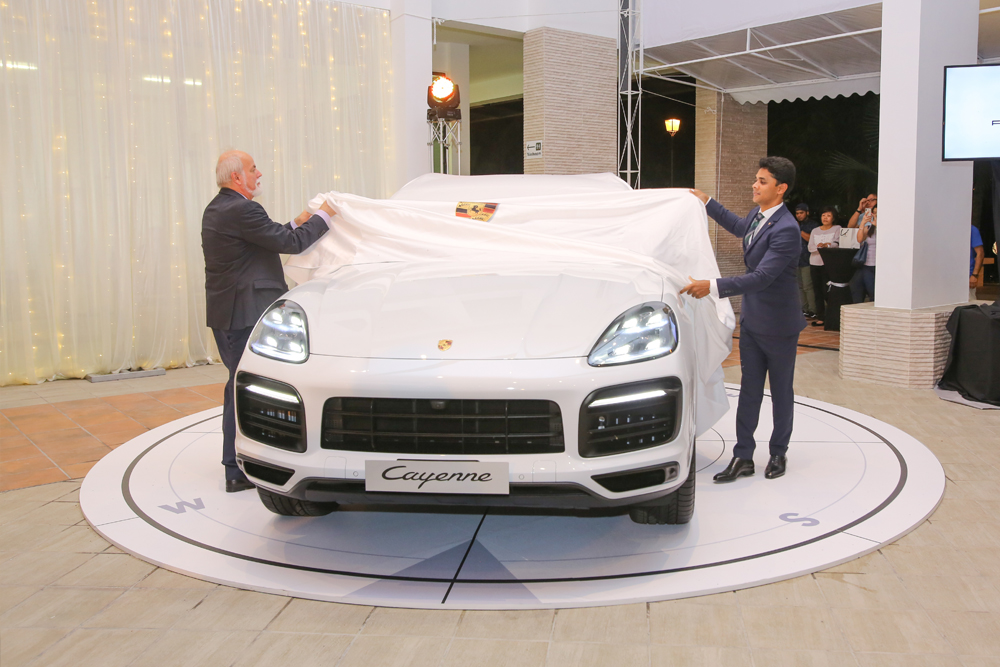 The third-generation (E3) was officially launched in a ceremony organized by QAF Eurokars, the official importer and dealer of vehicles in the Sultanate, yesterday at One Riverside Promenade.

Present as the guest of honour to unveil the latest SUV was Ambassador of the Federal Republic of Germany to Brunei Darussalam, Peter Wolff along with Acting Deputy General Manager of QAF Eurokars Lahiru De Silva.

At the launch, three were on display highlighting the successful model that combines the typical performance with excellent day-to-day practicality. More than 760,000 units of the model have been sold since 2002.

In his welcoming remarks, Lahiru De Silva said ignited a trend for performance SUVs back in 2002 and is still the benchmark to this day. “The third-generation is now even more precise, elegant, athletic and expressive than ever before and is the only true sports car in the SUV segment.

“Without a doubt, the new is set to continue the success story begun by its predecessors,” he added. The model range available in Brunei starts with a 3.0-litre V6 turbocharged engine, which delivers 250 kW (340 hp) and 450Nm of torque. It accelerates from zero to 100 km/h in 6.2 seconds (5.9 seconds with the Sports Chrono package) with a maximum speed of 245 km/h.

For the first time, the new is equipped with mixed tyres and rear-axle steering which are based extensively on the iconic 911 sports car.

Despite its significantly extended standard equipment, the weighs 65 kilogrammes less than its predecessor and remains perfectly suited to off-road use.

Inside the cockpit, the German sports carmaker has also equipped a fully customised Communication Management (PCM) with a new 12.3-inch full-HD touchscreen for a full range of digital functions.

The new Sports Chrono package offers even more performance with a ‘Mode’ switch button on the steering wheel whereby the driver can easily select the different driving modes available. This package includes a separate Stability Management (PSM) Sport mode whereby the driver can utilise the new full driving dynamics of the .