Dubai. Faster, more powerful and, more efficient than ever before, the eighth generation of the 911 has arrived in UAE. Revealed at a special event held by Centre Dubai, Al Nabooda Automobiles at the showroom and service centre on Sheikh Zayed Road, two variants, the rear-wheel drive 911 S and the all-wheel drive 911 4S, highlighted the design and performance evolution of the brand’s most iconic sports car. The rear-engine model range has been redesigned and now showcases a more muscular look that pays tribute to its past, while also embracing the future with technology woven into its DNA.

Speaking during the launch event, K Rajaram, Chief Officer, Importer Dubai and Northern Emirates, Al Nabooda Automobiles LLC , said: “Just like the first generation, the latest 911 is a sports car for the new era. Our icon has once again evolved and is now more powerful, more emotional, and more efficient than its predecessors. It is the best 911 has ever produced and this eighth generation maintains the 911’s status as a pure driver's car that also offers everyday usability and unique design. As such, I am delighted to announce that the 911 S and the 911 4S are now available here in UAE.” 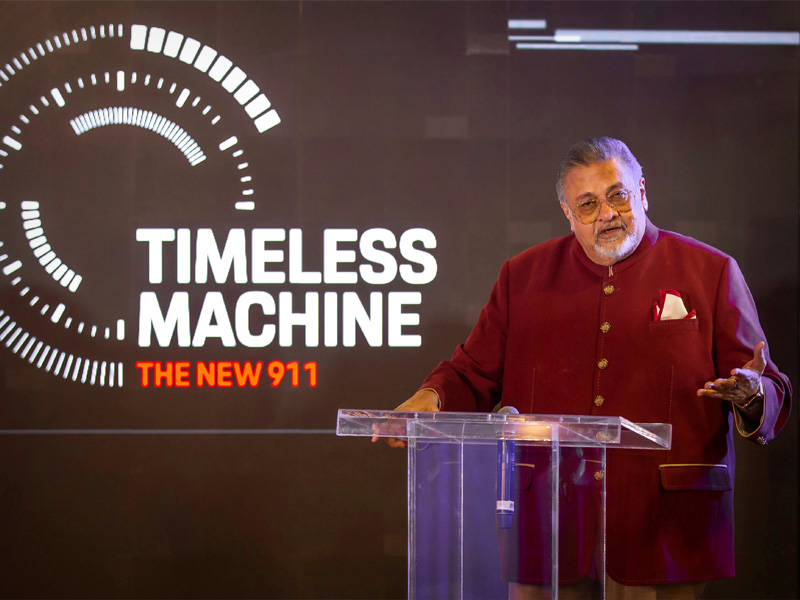 The turbocharged flat-six engine of both models now produces 450 hp. This corresponds to an increase of 30 hp compared with the previous generation. The two 911 variants beat the four-second mark for acceleration from zero to 100 km/h: the rear-wheel drive 911 S needs 3.7 seconds and the 911 4S, with all-wheel drive, just 3.6 seconds. This makes both models 0.4 seconds faster than their predecessors. The optional Sport Chrono Package reduces the sprint by a further 0.2 seconds. Power in the new models is delivered by a newly developed eight-speed Doppelkupplung (PDK) dual-clutch transmission. Top speeds are now measured at 308 km/h for the 911 S and 306 km/h for the all-wheel drive version. The fuel consumption (NEDC-correlated) of the 911 S is 8.9 l/100 km, while the 911 4S records this figure as 9.0 l/100 km. 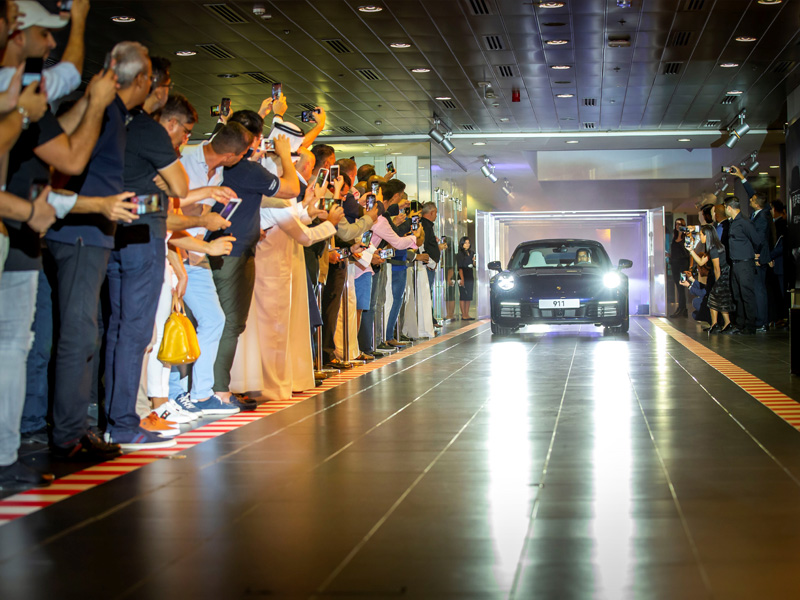 The new 911’s silhouette remains iconic with an exterior design that draws on its earlier generations, making it familiar and yet undoubtedly new. This eighth incarnation is more assertive, with significantly wider wheel housings arch over the 20-inch front wheels and 21-inch rear wheels. The rear end is now the same width across all models, highlighting the slimline centre section. At the front, the body is 45 mm wider. Electrical pop-out handles in the doors emphasise the tapered and smooth side contour, while a bonnet with a pronounced recess evokes the design of the first 911 generations. At the rear, all models feature a rear significantly wider, variable-position rear spoiler and the seamless, elegant light strip. Apart from the front and rear sections, the entire outer shell is now made from aluminium. 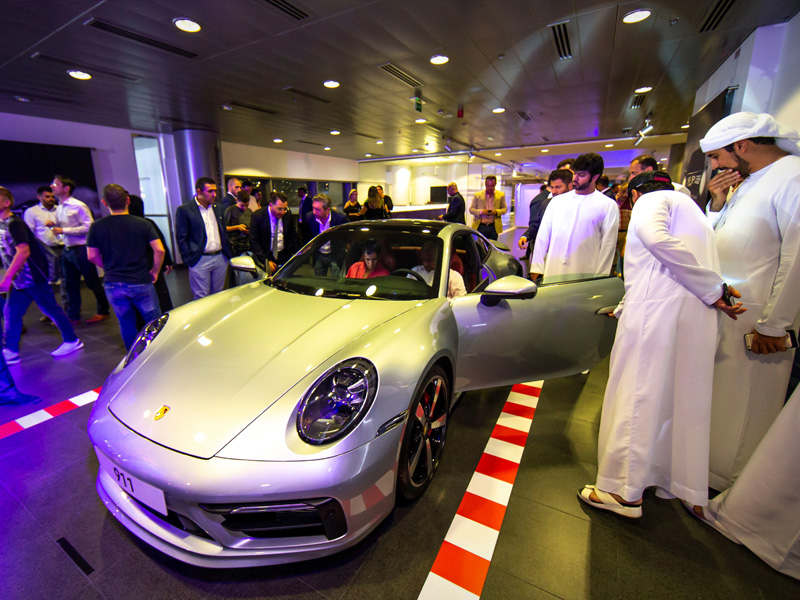 The completely new interior is characterised by the clear and straight lines of the dashboard with recessed instruments, inspired by the 911 models from the 1970s. Alongside the central rev counter – typical for – two thin, frameless displays supply information to the driver. The centre screen of the Communication Management (PCM) is now 10.9 inches and can be operated easily and without distraction thanks to the new interior design. Located underneath this there is a compact switch unit with five buttons for direct access to important vehicle functions. The seats have also been fundamentally modified. The new design reduces the vehicle weight by around three kilos, while the adapted geometry offers significantly better lateral support in the shoulder area. Although the seat is now positioned five millimetres lower and has a minimally thinner seat cushion, seating comfort has been improved overall.

The combination results in increased stability, traction and balance while reduced understeer and oversteer improve safety. The refined chassis design is completed by the next generation of Active Suspension Management (PASM), which has been extensively developed for the new 911.

The Cabriolet S and 4S use innovative technology to achieve a previously unattainable coupé-like roof curvature of the closed fabric panel bow roof, something that also offers aerodynamic benefits. A new and lighter hydraulic roof drive allows the convertible top to be opened and closed in around 12 seconds in each case – like on the previous model, this is possible at speeds up to 50 km/h. The integrated, electrically operated wind deflector ensures increased comfort in the 911 Cabriolet at higher speeds.

In a world first, has developed the Wet mode, included as standard. This function detects water on the road, preconditions the control systems accordingly and warns the driver, who can then set up the vehicle for enhanced safety, by simply pushing a button or using the mode switch on the steering wheel (Sport Chrono Package). 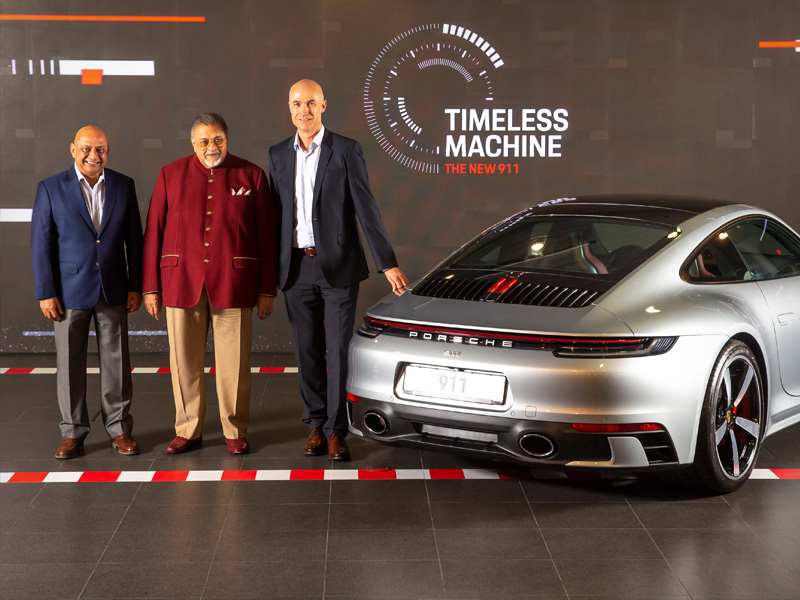 The new optional LED matrix headlights with PDLS Plus are an eye-catching development. The energy centre of the Dynamic Lighting System matrix headlights is made up of 84 individual LEDs. The generated light beam corresponds in range and intensity to laser light. This is distributed so that the driver always benefits from maximum illumination of the road, without dazzling or disturbing other road users.

Additional functions have been added that significantly increase driving comfort and safety, including PDLS Plus being able to detect and selectively dim highly reflective traffic signs. Vehicles in front of the driver, or on the opposite side of the road are dimmed, while the areas in between and next to them are still fully illuminated. 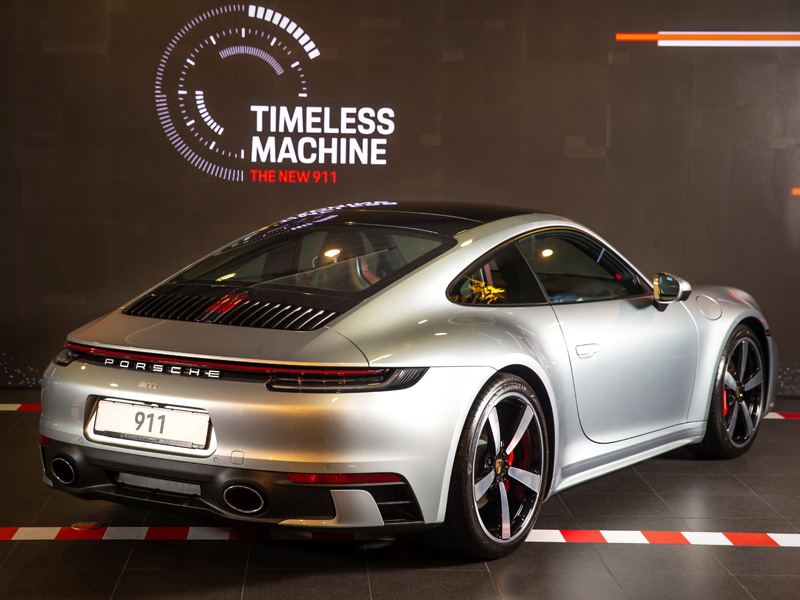 The new 911 S and 911 4S are now available at Centre Dubai, Sharjah and Fujairah.

Basic retail prices are as follows: