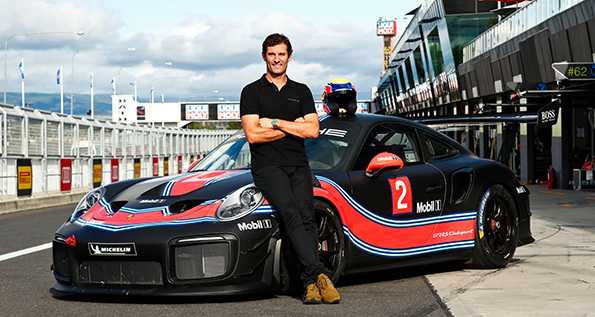 Motor racing fans attending the opening round of the 2019 Intercontinental GT Challenge at Bathurst (Australia) have witnessed a very special premiere. The 911 GT2 RS Clubsport was driven on a racetrack in front of the public for the first time. At the wheel of the 700 hp vehicle sat the brand ambassador Mark Webber. The Australian thrilled home crowds at the famous Mount Panorama Circuit.

“The last time I drove at Bathurst was 24 years ago in the Formula Ford. Driving now on this wonderful circuit with this 700 hp sports car was a sensational experience for me,” says the world endurance champion of 2015. “It’s incredible how much punch the engine has. Although I wasn’t driving at the maximum racing speed, I still reached 296 km/h at the end of the straight. Crazy!”

The 911 GT2 RS Clubsport, of which there are only 200 units, was launched at the Los Angeles Auto Show in November 2018. The race car was developed for clubsport meets, track days and selected motor racing events. The technology is based on the high-performance 911 GT2 RS sports car*. The car is mounted with a cutting-edge 3.8-litre flat-six twin-turbo engine, which puts out 515 kW (700 hp). Power is transferred to the rear wheels via a rigidly mounted seven-speed dual clutch gearbox (PDK).

The 911 GT2 RS Clubsport is offered at a price of 405,000 Euro plus country-specific VAT. Customers will receive their vehicles from May 2019 at exclusive delivery events.