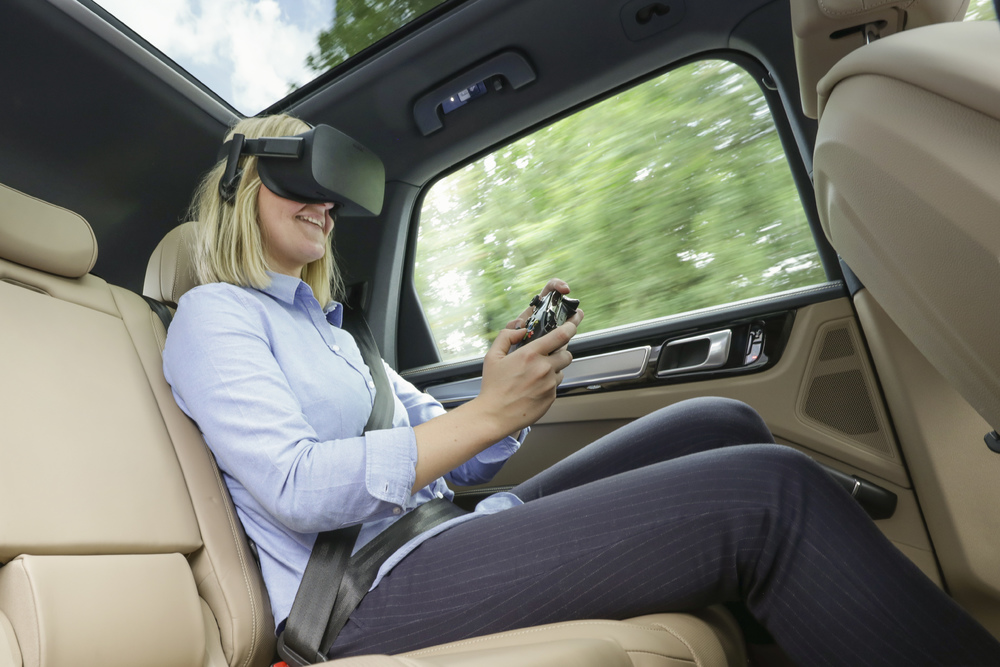 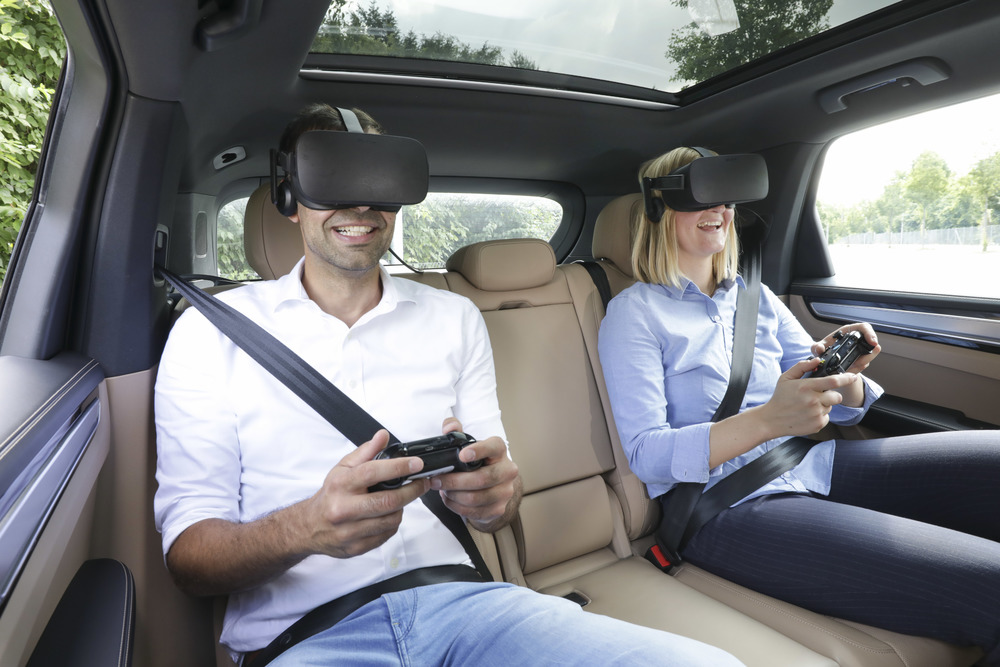 Stuttgart . Discover the universe from the back seat of a : at the Startup Autobahn Expo Day this Tuesday in Stuttgart's Wagenhallen venue, the sports car manufacturer and the startup “holoride” will show what entertainment could look like in the future for passengers in a .

The aim of the joint project between and “holoride” is to give passengers the opportunity of immersing themselves in virtual entertainment worlds. For this, a VR headset with sensors is paired to the vehicle so that its content can be adapted to the car’s driving movements in real time. For instance, if the car is being driven around the curve, the space shuttle that the passenger is virtually travelling in will also change direction. This results in a highly immersive experience, which significantly reduces the symptoms of motion sickness. In future, the system will also, for example, be able to evaluate navigation data in order to adapt the length of a VR game to the calculated duration of the journey. Furthermore, the technology can be used to integrate other entertainment services such as films or virtual conferences for productivity in the passenger seat.

“We are grateful to Startup Autobahn for the many opportunities and contacts it has made possible for us. This has given our projects a major boost in recent weeks, enabling us to realise a prototype in just 100 days,” explains Nils Wollny, CEO of “holoride”. He founded the entertainment tech startup at the end of 2018 in Munich, together with Marcus Kühne and Daniel Profendiner. Using the Startup Autobahn platform, the up-and-coming company has now shown that their “holoride” software works seamlessly with manufacturers’ vehicle data for motion-synchronised, real-time generation of virtual reality (VR) and cross-reality (XR) content.

The “holoride” software makes it possible to offer elastic content: a new form of media especially designed for use in vehicles, in which the content adapts to driving time, motion and context. The startup’s business model uses an open platform approach, allowing other car manufacturers and content producers to benefit from this technology.

Experience “holoride” in a at the “IAA Next Visions” Day in Frankfurt
"A new dimension for in-car entertainment is opened up by "holoride". The manufacturer-independent approach convinced us from the start and, over the past few weeks, the team has proven what this technology can do. We look forward to taking the next steps together,” says Anja Mertens, Project Manager for Smart Mobility at AG.

“holoride” aims to bring this new form of entertainment using commercially available VR headsets in the rear seats of the car to market in the next three years. With further development of Car-to-X infrastructure, traffic events can also become part of the experience in the long term. Traffic light stops could then be unexpected obstacles in the plot or interrupt a learning programme with a short quiz.

Under the motto “Next Visions. Change the Game – Create tomorrow”, is inviting innovators and partners to the International Motor Show (IAA) in Frankfurt on September 20 to discuss the future of mobility. It will be possible to experience the results of the joint vision of and “holoride” there.

About Startup Autobahn
has been a partner of Europe’s biggest innovation platform, Startup Autobahn, since the beginning of 2017. It provides an interface between industry-leading companies and technology startups in Stuttgart. In six-month programmes, corporate partners and startups jointly develop prototypes to evaluate possible further collaboration between both parties, test the technology and pilot successful, production-ready implementation. A number of companies have joined together in addition to . These include Daimler, the University of Stuttgart, Arena 2036, Hewlett Packard Enterprise, DXC Technology, ZF Friedrichshafen and BASF. In the last two and a half years, has undertaken more than 60 projects with Startup Autobahn. Around a third of the results are included in series development.


Further information, film and photo material is available from the Newsroom: news-room.porsche.com