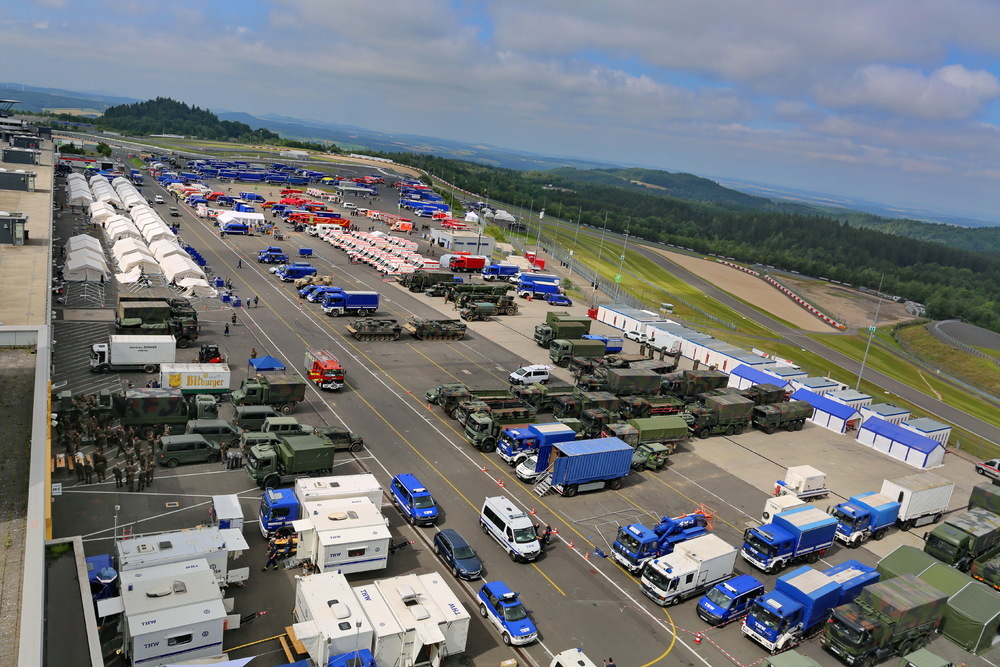 Stuttgart . By making a donation of one million euros, AG is supporting Germany’s relief coalition Aktion Deutschland Hilft e.V. in its work in the flood-stricken areas. The money is being used to provide emergency aid for flood victims and to help fund the work of the various rescue organisations in the affected regions. The sports car manufacturer is also appealing to its employees for private donations. The internal “ helps” platform features a number of possibilities for this.

“The images from the flood-hit areas have left me shaken. Our thoughts go out to all those who have lost family or friends in this catastrophe or who have lost their homes,” says Oliver Blume, Chairman of the Board at AG. “It is amazing to see how people have come together in these extraordinary circumstances. Relief organisations are playing a key role in the response to the disaster. We are supporting these efforts so that additional support can reach people on the ground as quickly as possible.”

Aktion Deutschland Hilft e.V. supports more than 2,400 projects around the world. It brings together relevant aid organisations and services to support efforts on the ground, such as search and rescue operations to find missing people. It arranges accommodation for those affected, helps with clean-up work and makes dangerous areas safe. It also helps provide medical care, supplies food and takes care of catering for disaster relief workers.

has had a special relationship with the people in the flood-hit regions for many decades. There are many friendships and partnerships that have developed through motorsport, especially in the region surrounding the Nürburgring. Oliver Blume: “We are in close contact with our friends and partners. We know that the situation there is desperate. Many have been affected themselves or are volunteering as relief workers. So it is all the more important that we pull together now. Our Motorsport colleagues took emergency generators and other relief supplies to the Eifel region as soon as the news broke, for example. Our donations will now provide additional help to alleviate some of the suffering.”