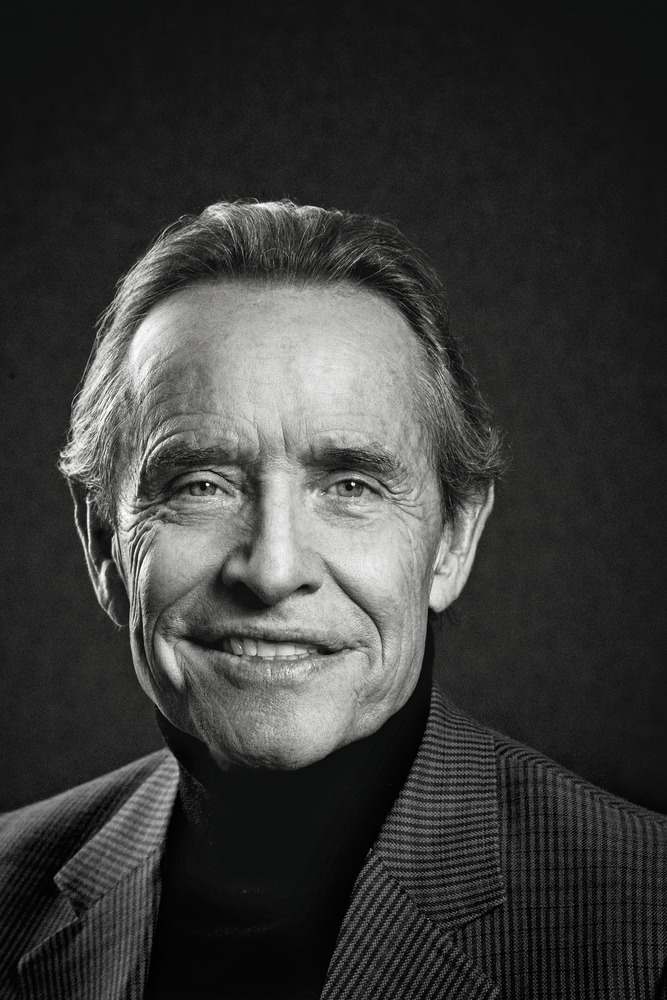 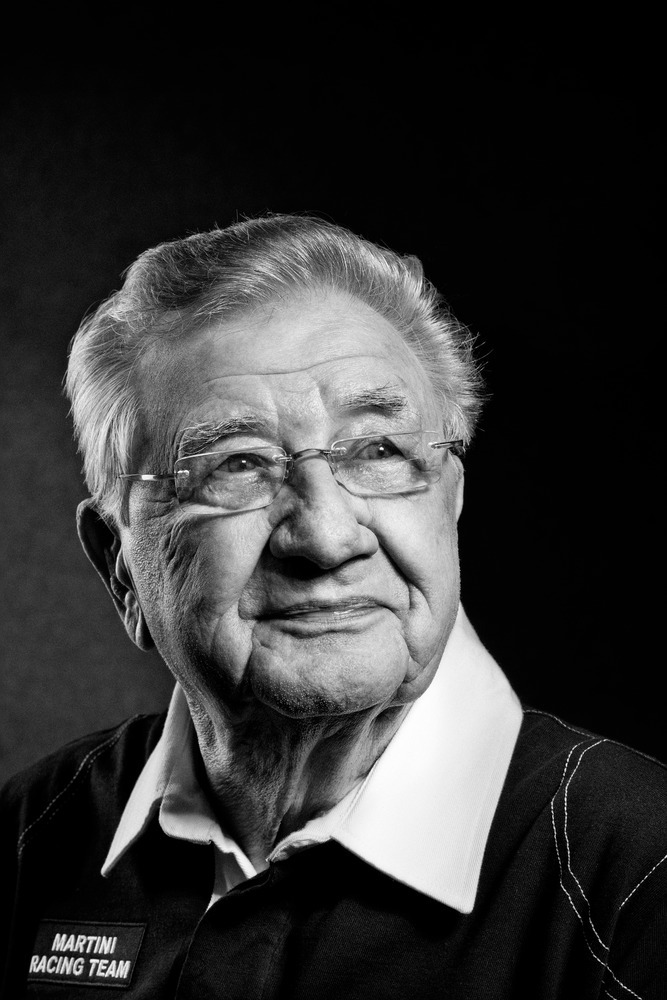 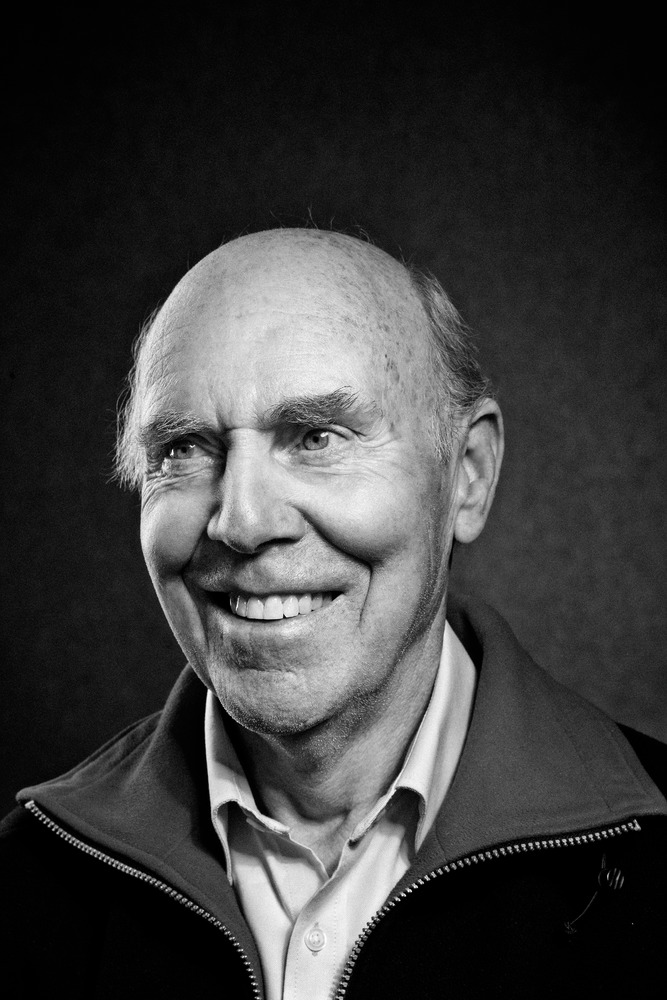 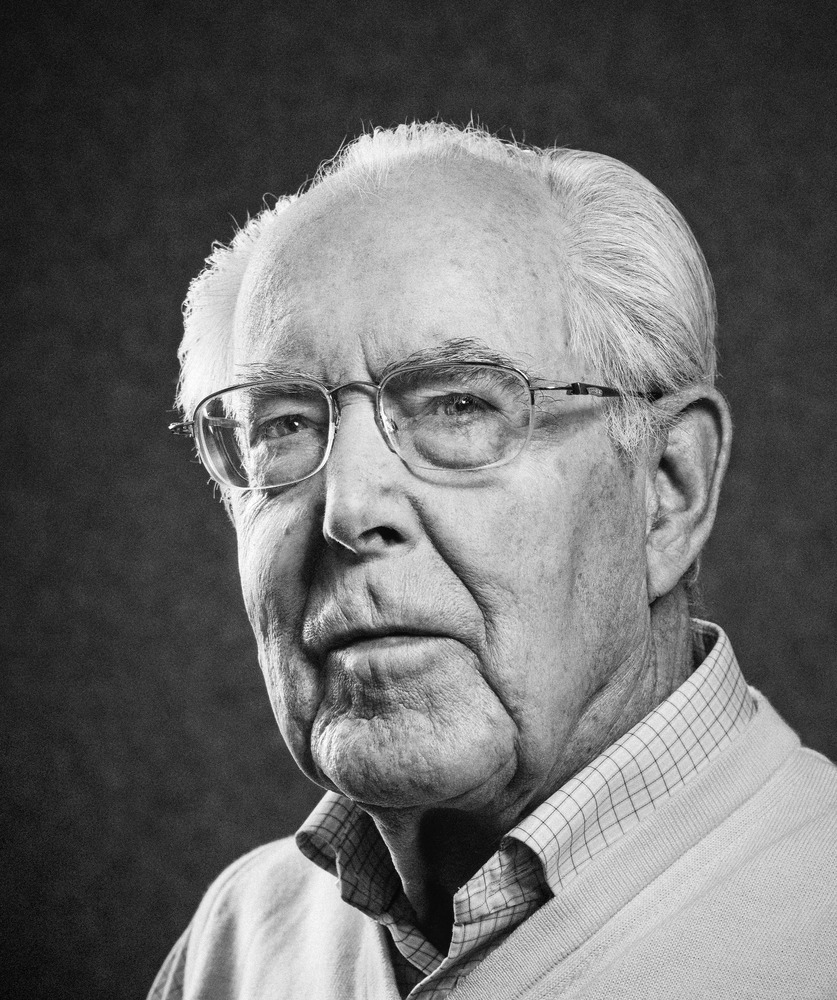 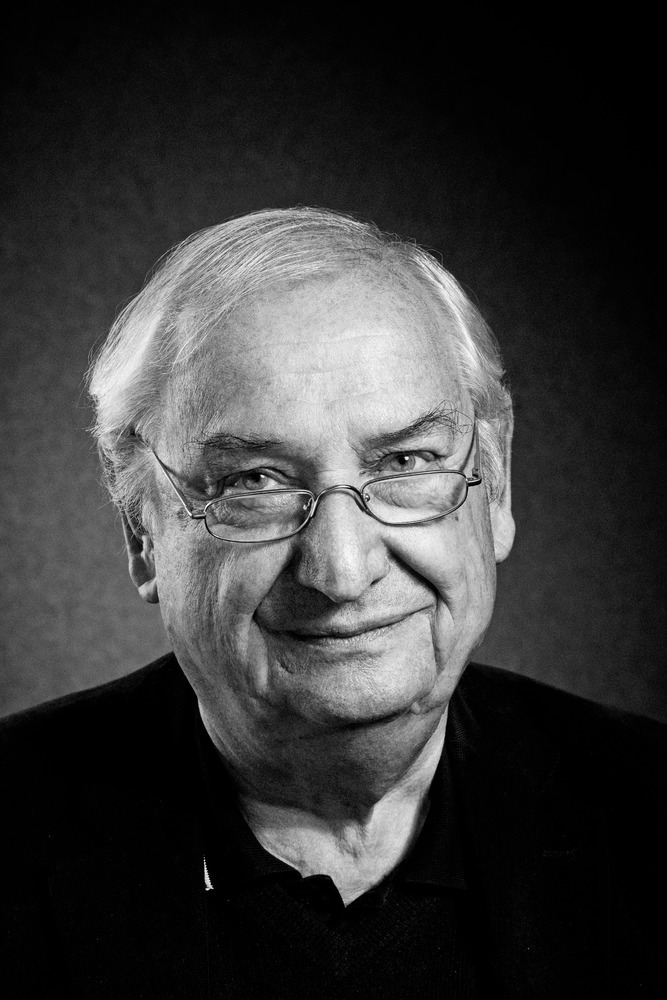 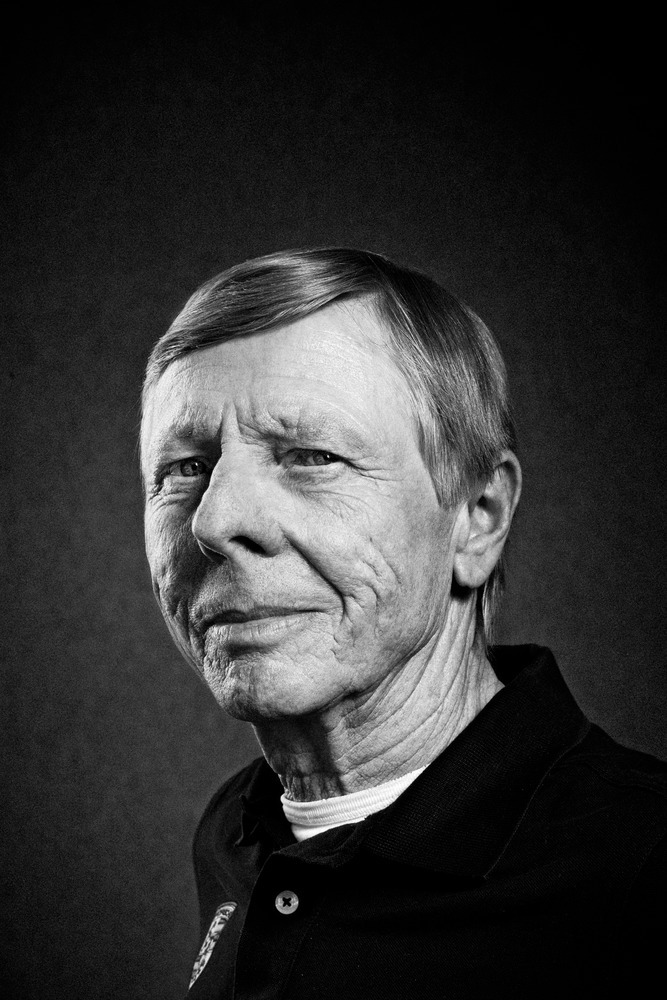 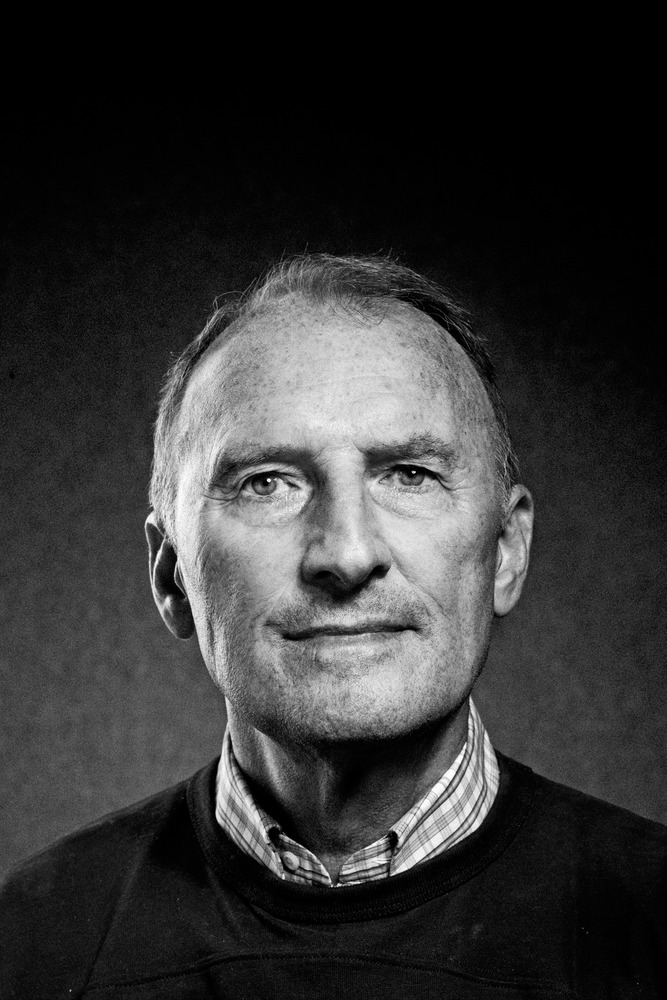 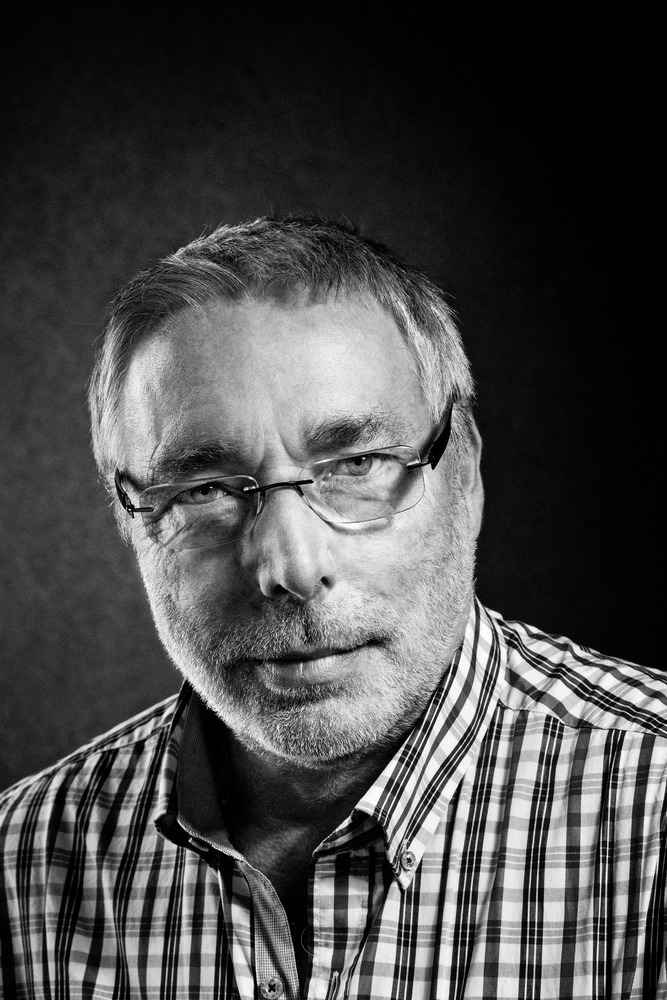 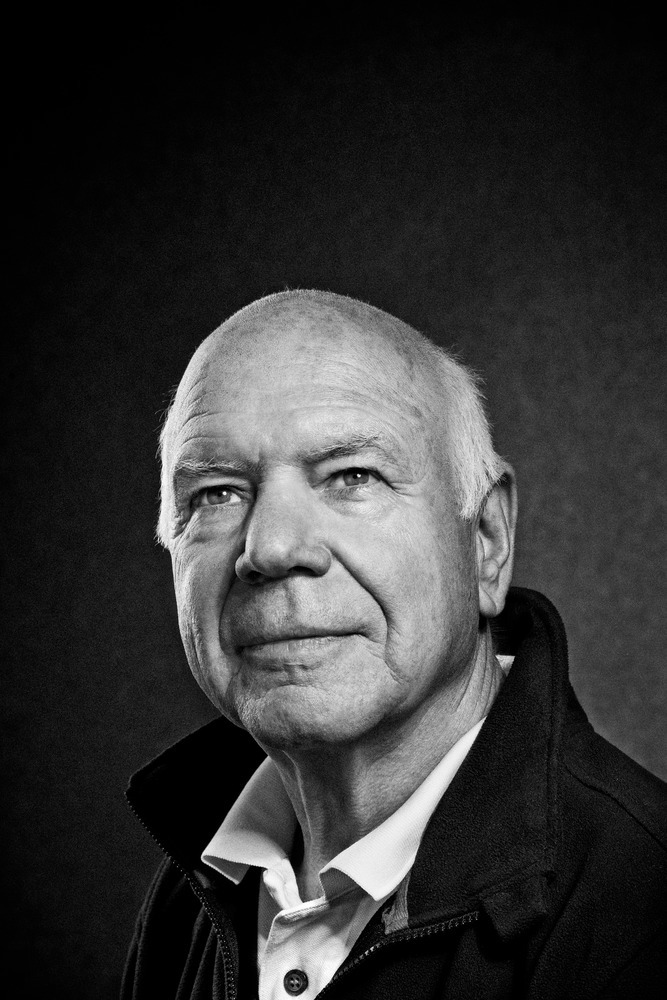 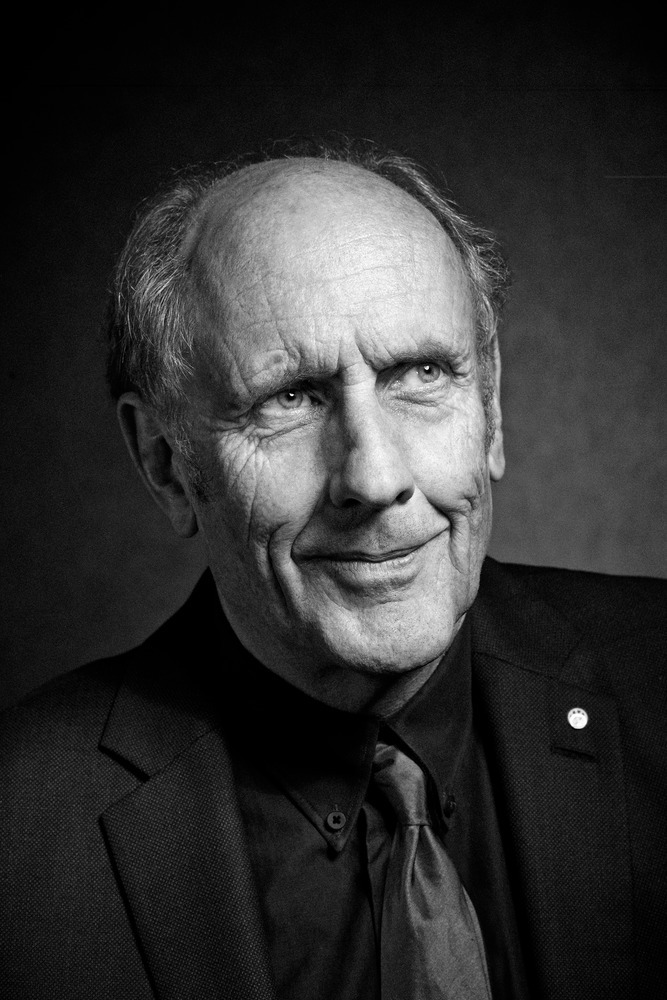 Stuttgart . On June 14th/15th the countdown to ’s return to the highest class at the Le Mans 24-Hour race with the 919 Hybrid will be over. The record of 16 overall wins at what is probably the hardest car race in the world remains unbeaten. Nevertheless, cannot rely on its successful past. The prototype with its two innovative energy recovery systems is completely new territory. However, Le Mans isn’t all about technology. Memories like the ten below highlight how hard it is to win this marathon.

Jacky Ickx
(Born 01.01.1945 in Brussels, BE, four overall wins with , six in total):
“After three hours we thought we’d lost the race. My 936 was out, and I joined up with Jürgen Barth and Hurley Haywood. But they were having trouble as well. We were in 42nd place. I still can’t get my head around what happened next. It was this euphoric state. I drove the whole night through at top speed, always at the limit. In rain and fog. I just got faster and faster. 42nd, 35th, 28th, 20th, ninth, sixth, fifth. Everyone felt that we could achieve the unimaginable. Jürgen and Hurley drove faster than ever, and the mechanics did an incredible job. I didn’t feel tired at all. Then we took the lead. On Sunday morning I was totally spent. In the end, Jürgen hauled the 936 across the line with only five cylinders. I wouldn’t have been able to. There are a lot of great stories about a lot of races. But 1977 stands out. That was a once-in-a-lifetime thing. Races like that have made a legend.”

Hans Herrmann
(Born 23.02.1928 in Stuttgart, DE, overall winner with in 1970):
“I lost to Jacky Ickx in 1969 after we’d spent the last hour and a half overtaking each other several times each lap. In 1970, Ferdinand Piëch ensured that we had a good chance to go for the win with a more powerful engine. Being able to win just a year after losing by a hair’s breadth was, of course, very special. It was also the first overall victory for – and it was my last race. I announced my retirement from racing after that. I had promised my wife. She had started to press me a year or two before, because of the many friends we had lost. And I knew it myself: there was no reason I should have all the luck, and at some point my luck might run out. It was very moving that all of these factors came together in 1970. I don’t remember if I shed any tears or not. But I certainly could have – I’m pretty emotional.”

Richard Attwood
(Born 04.04.1940 in Wolverhampton, UK, overall winner with 1970):
“We won under odd circumstances. In February, Helmuth Bott, who was then board member for development, asked me what car I wanted for the 24 Hours of Le Mans. I told him three things: First, I wanted the 4.5-litre 12-cylinder instead of the 5-litre engine, which I thought was less reliable. Second, I wanted the ‘Kurzheck’ (short-tail) version of the 917 because the long-tail version was so fidgety. Third, I wanted Hans Herrmann as my partner, because he knew how you have to pace yourself with the material to get through the long race. I got everything. And then we qualified in 15th. At that moment I thought I had made the biggest mistake of my life. We wouldn’t stand a chance against the 5-litre engines. We weren’t competitive and could only hope that the cars in front of us would have problems. And that’s exactly what happened.”

Peter Falk
(Born 27.11.1932 in Athens, GR, Race Director at seven overall wins):
“In 1987 at Le Mans we wanted to enter three cars, as always, and had built a fourth 962 as a spare. It was customary in those days for the drivers to test-drive all the cars in Weissach before traveling to France. Hans-Joachim Stuck damaged one of the cars irreparably in the process. So there were only three. That’s what we took to Le Mans. In one of the free practice sessions, Price Cobb had a serious accident with his car. So then there were only two. We started the race with those two cars. After just under an hour, Jochen Mass came into the pit. The engine was kaput. I think a piston burned through. So there was only one … There were still 23 hours to go, almost the entire race, and we had just one iron left in the fire, the 962 of Stuck, Derek Bell, and Al Holbert. The situation was extremely exhausting and exhilarating for me as the race director and the whole team: What would happen with just one car left? It went well. We won.”

Norbert Singer
(Born 16.11.1939 in Eger, Sudetenland, head of the project at nine overall wins):
“Sweeping the podium is a great moment. I was cautious going into the race. The 956 was a completely new car. You can’t go into every race saying, Hurray, we’re going for the win! You have to see how things go – getting through 24 hours is no easy task. This win was perfect and actually somewhat surprising. We had taken our job very seriously. A few years before that we had made a mistake. In 1979, Ernst Fuhrmann was still with and he said to us engineers, ‘What do you say if we drive Le Mans this year? There’s practically no competition.’ Basically, we just had to show up and walk off with the victory. And what happened? We didn’t reach the finish line with either car – we lost even without competition. You can trip over your own feet as well. Having experienced that, I really enjoyed the win in 1982. The 956 went straight into the museum. It’s the car that hangs from the ceiling.”

Gijs van Lennep
(Born 16.03.1942 in Bloemendaal, NL, 1971 and 1976 overall winner with ):
“My first overall victory was, of course, unforgettable. Helmut Marko and I were driving a 917 Kurzheck. We found out only later that it had a superlight magnesium tubular frame. They didn’t want to make us nervous. Le Mans is special and exhilarating. To win there is beyond comparison. But more than the victory, another image from 1971 has burned its way into my memory. Even now, I frequently see the image before me. It was night and I was driving down the Mulsanne straight at over 350 km/h. And then I saw a fire. Fuel was running over the track. A burning car from one of the smaller classes had – luckily for me – already come to a stop at the edge of the track, and fortunately at the moment I wasn’t battling it out with someone or lapping another car. I saw the yellow flags and drove past the accident at walking speed.”

Manfred Jantke
(Born 02.10.1938 in Oppeln, DE, Head of Sports and PR 1972-1991):
“The region of the Sarthe is generally characterised by a slow pace of life. And then once a year the fastest cars in the world come to visit. Speed rules the roost, bringing excitement, noise, and danger. The drivers experience a similar study in contrasts. As the race director, I often woke the drivers for their turns. Those were special moments, and there were big differences. The physically strongest driver was definitely Jochen Mass. He was really never tired and hardly needed any sleep. Jacky Ickx was always immediately present when you woke him. But some could barely handle the demands and had to be shaken out of a deep sleep of exhaustion. They’d only just come to before having to get behind the wheel. And in those days, the cars were incredibly loud. It must have felt like going from the bosom of Abraham into some hellish machine.”

Jürgen Barth
(Born 10.12.1947 in Thum, DE, overall winner with 1977):
“It was one of my jobs to look after customer teams, and I was responsible for organisational things like accommodations, food, tickets, and stuff like that. At the same time, I was also a reserve driver, and I always hoped for a chance to drive, like in 1982: Hurley Haywood, who was sharing a 956 with Al Holbert, had to pull out with stomach problems. His stomach was his Achilles’ heel. I was notified at around 11 p.m., and hopped right into my racing suit. My colleagues joked that I’d put something in Hurley’s food so that I could drive. It was nonsense, of course. In the car, my enthusiasm dimmed somewhat because I couldn’t help noticing that Hurley and Al both had narrower hips than I did. My hips only fit in the seat sideways; I was constantly shifting from one side to the other. We came in third. At the start, I had no idea that I would take part. Sunday, I was on the podium.”

Rudi Lins
(Born 28.06.1944 in Bludenz, AT, racing for 1964 to 1971):
“I drove three times at Le Mans, but 1970 is the year that has stuck in my memory the most. Together with Helmut Marko, we won the prototype and index classes and came in third overall in the 908. That night it rained cats and dogs. Rain, rain, rain for hours. No one who hasn’t experienced that can imagine what that means for a driver at Le Mans. If you want to overtake a car, first you have to dive into the spray. You can’t see a thing, you have no idea what’s behind the spray: One car? Two? For a while Hans Herrmann and I were driving together at night. That was good, because we knew who we had around us. For Helmut Marko and me, there was also the fact that our car was an open one. At the end of a turn we were soaking wet – if not from sweat, than from the rain. I was just 25, a young’un.”

Hans-Joachim Stuck
(Born 01.01.1951 in Garmisch-Partenkirchen, DE, overall winner with 1986 and 1987):
“My Le Mans moment lasted three minutes and 14.8 seconds. Pole position with the 962 C, a perfect lap. And because the Mulsanne straight was later defanged through the addition of chicanes, it will likely be a record for posterity. The 962 is the best race car that I ever drove. Brute force and unbelievable ground effects. The centrifugal forces were enormous, and there was no power steering. You needed the strength of a bear and a lot of courage. I just had one run because of the tyres. Start, Dunlop curve, left, right through the Esses. At Tertre Rouge I was pushing the traction limits. But the corner is so important for your speed on the Mulsanne straight, and it was right on. Fifty seconds of flooring it, then brake from 360 km/h for the Mulsanne corner and jump back on the gas as soon as possible. Indianapolis, Arnage, curves, Maison Blanche, Ford chicane, and you’re done. In those three minutes my concentration was sharp as a knife. It was just me and that at Le Mans.”