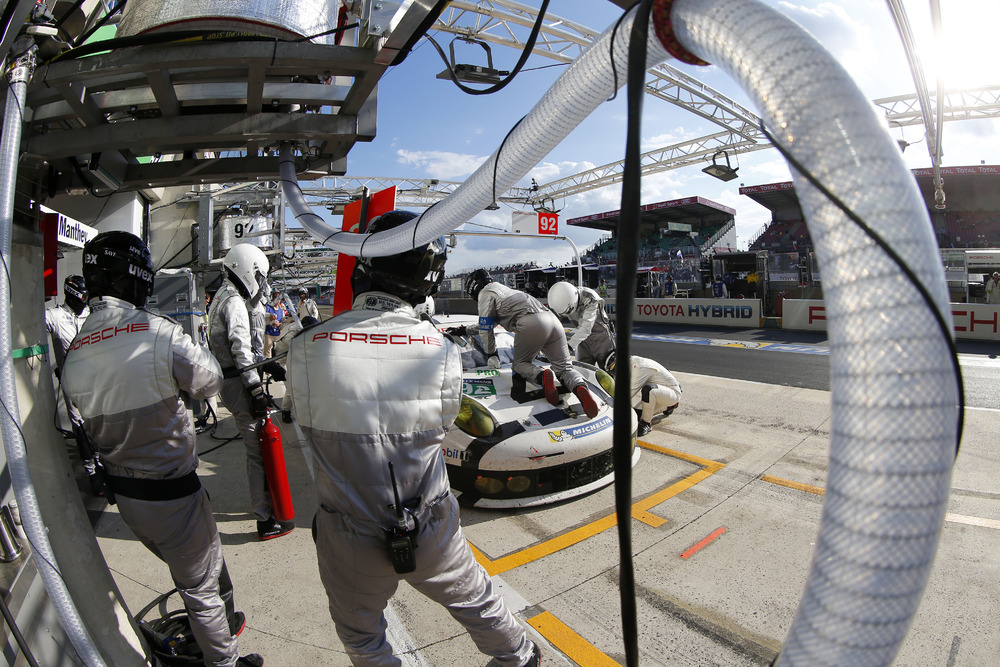 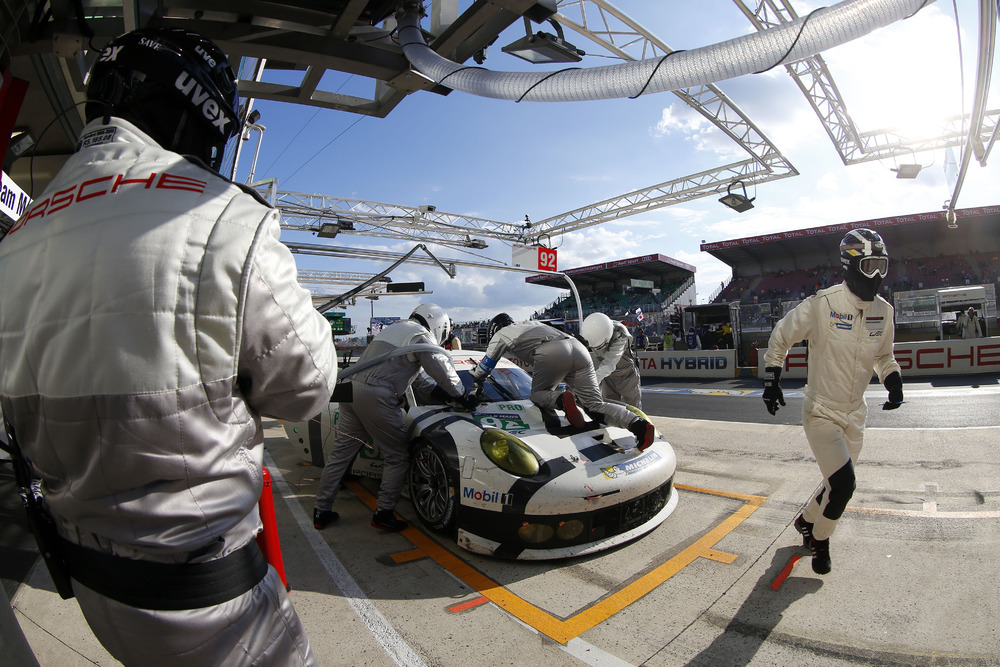 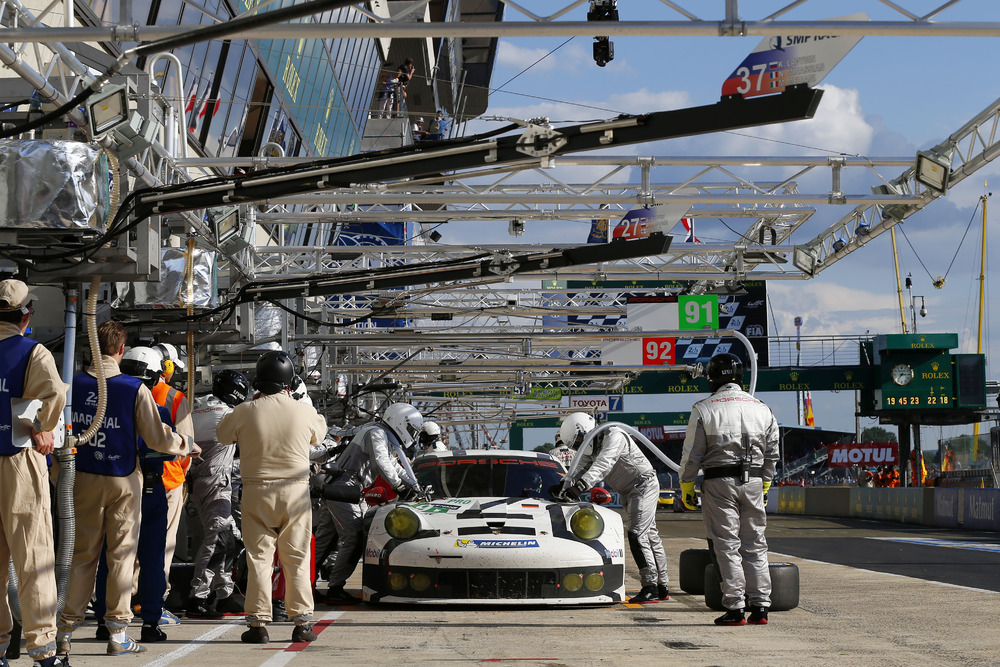 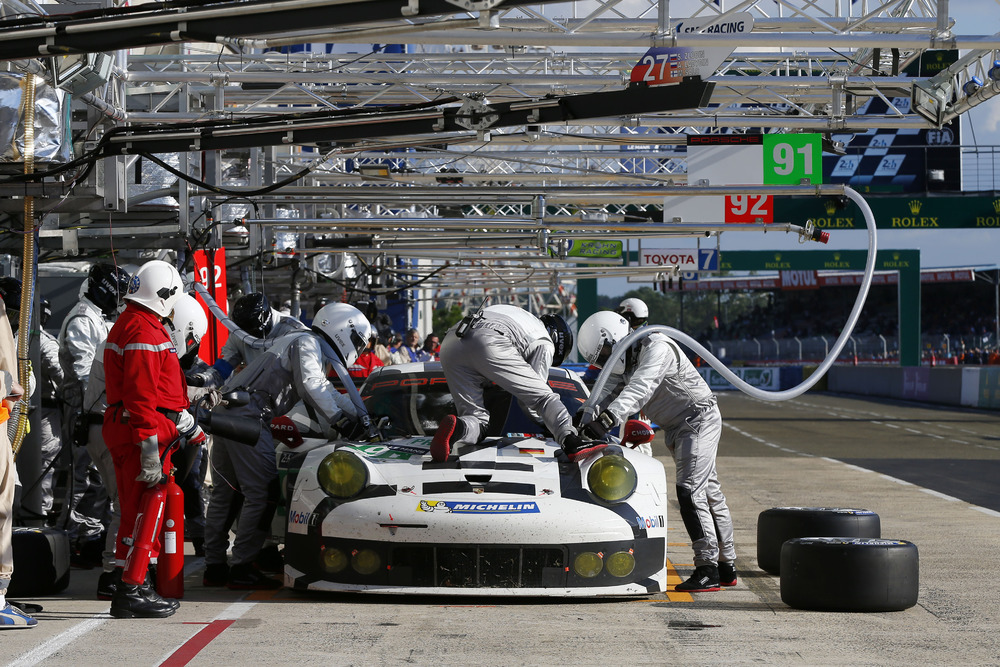 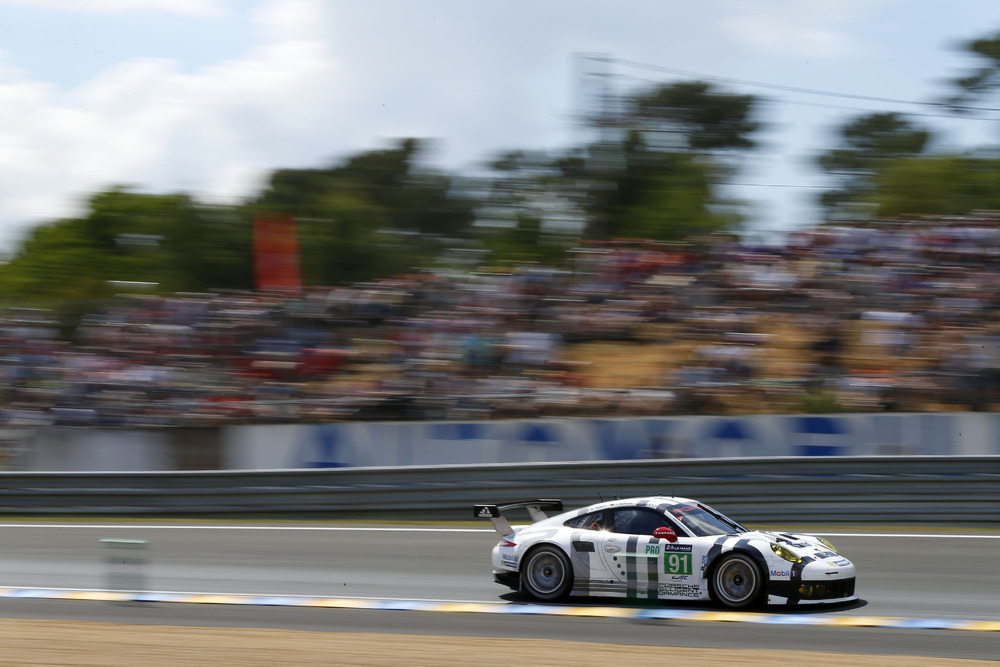 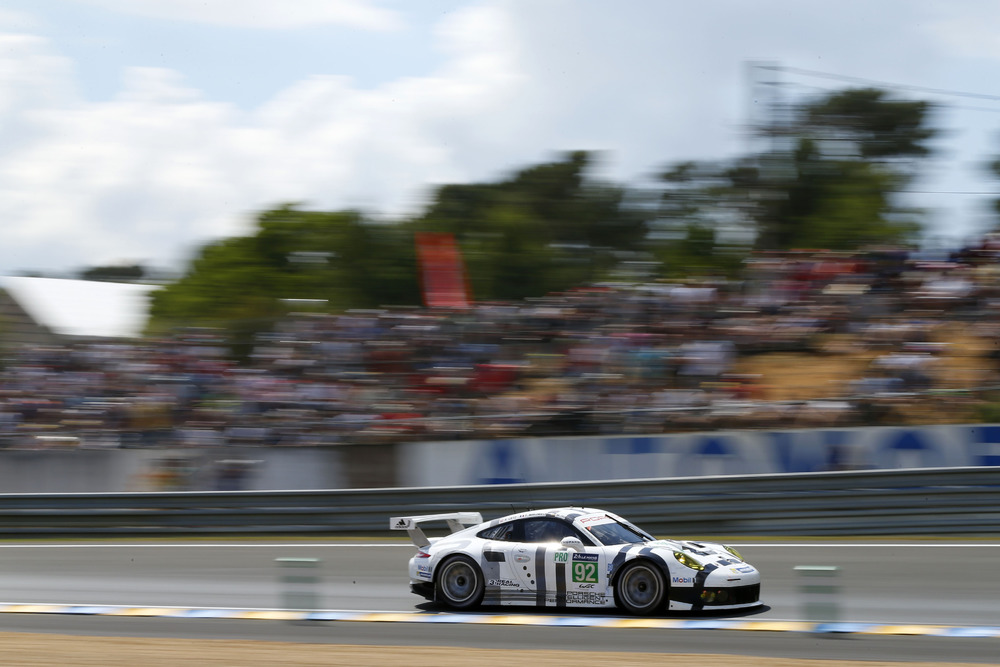 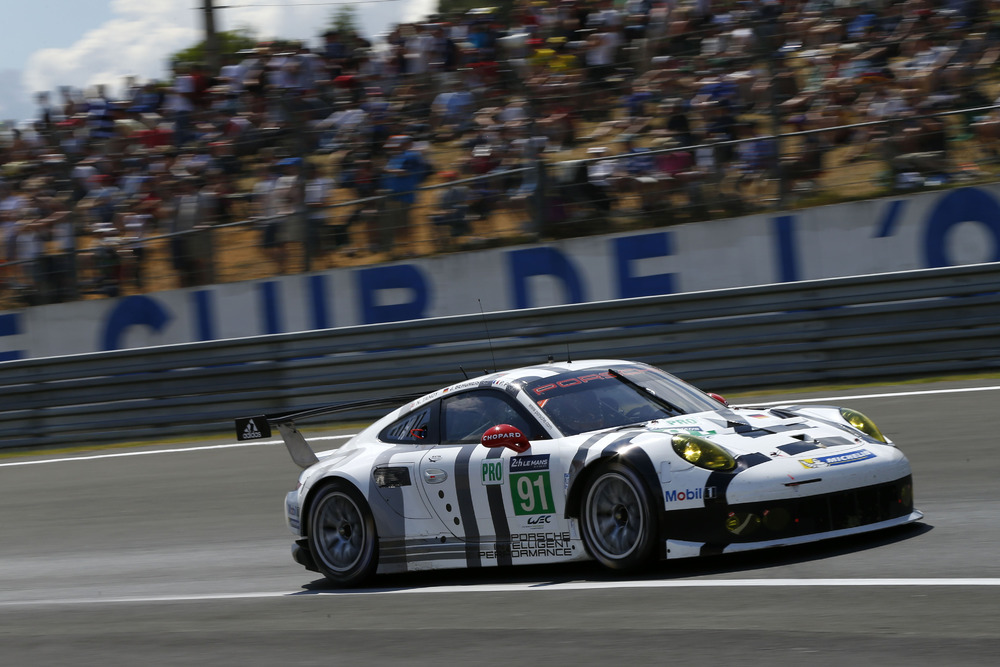 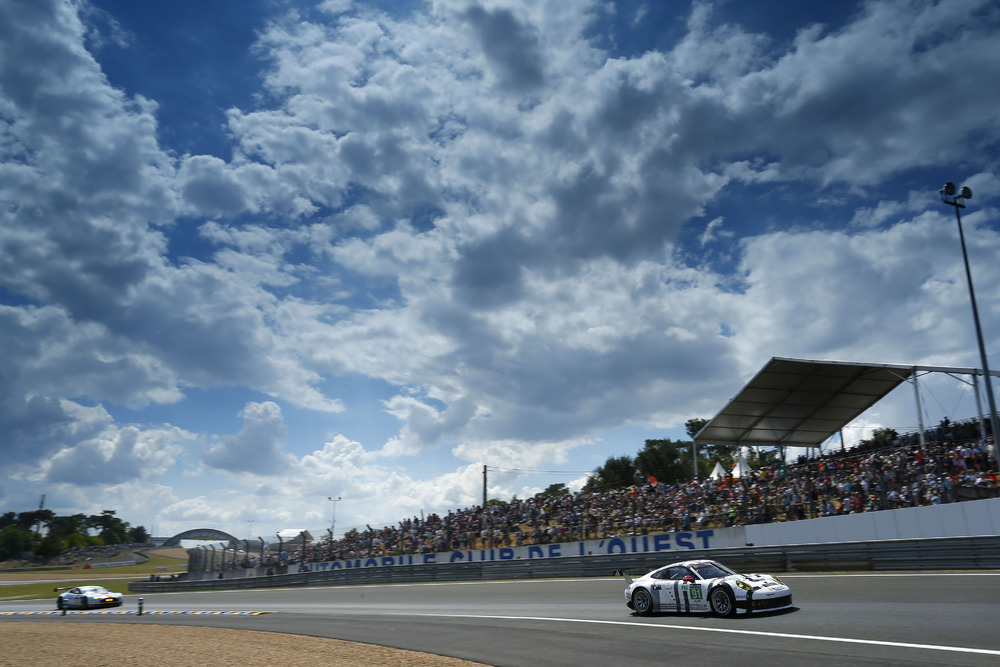 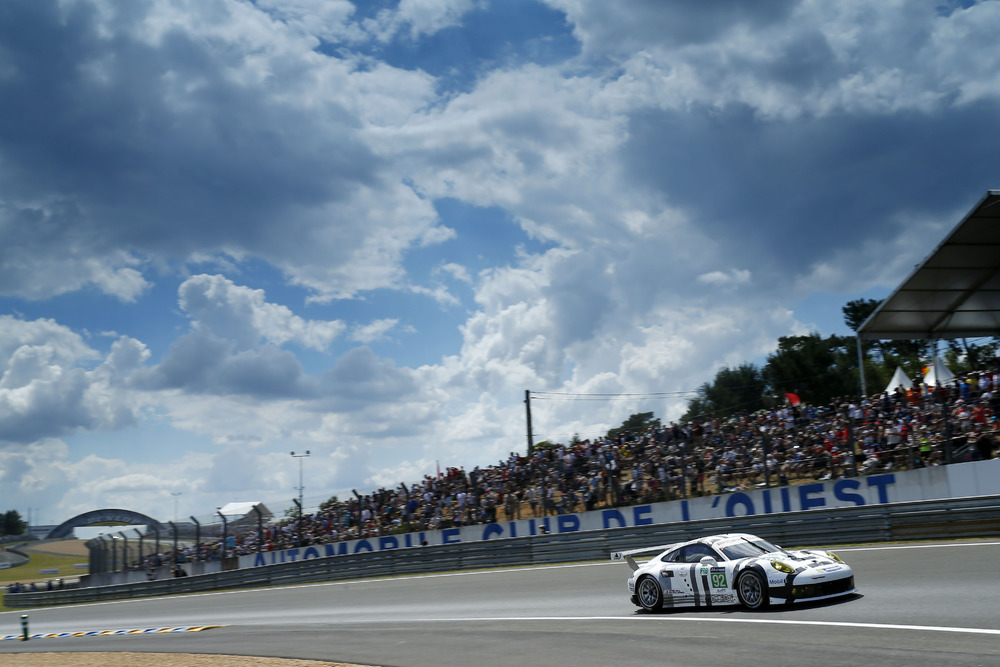 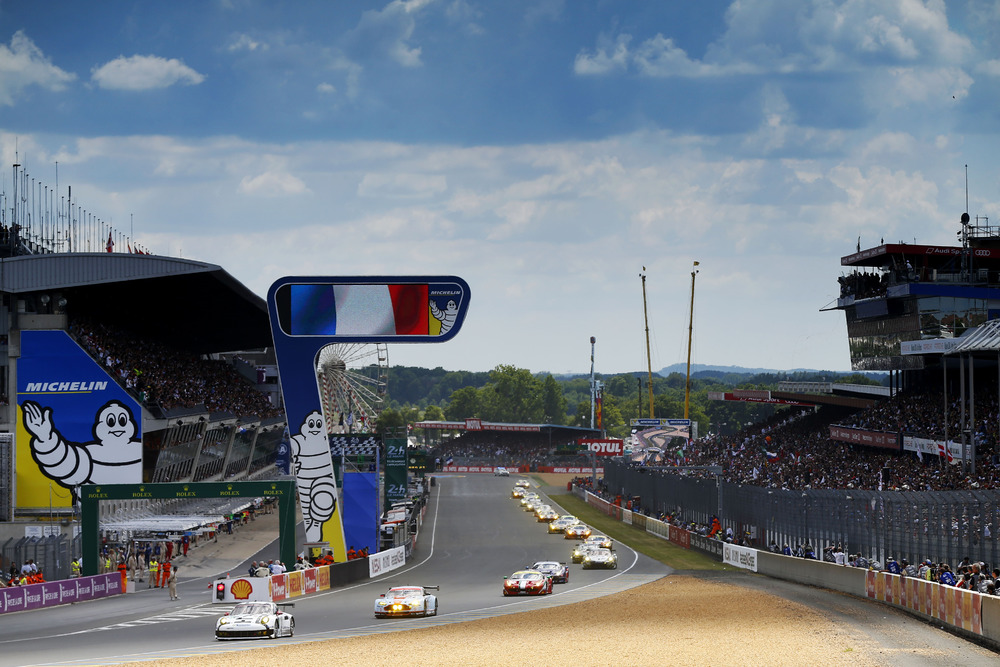 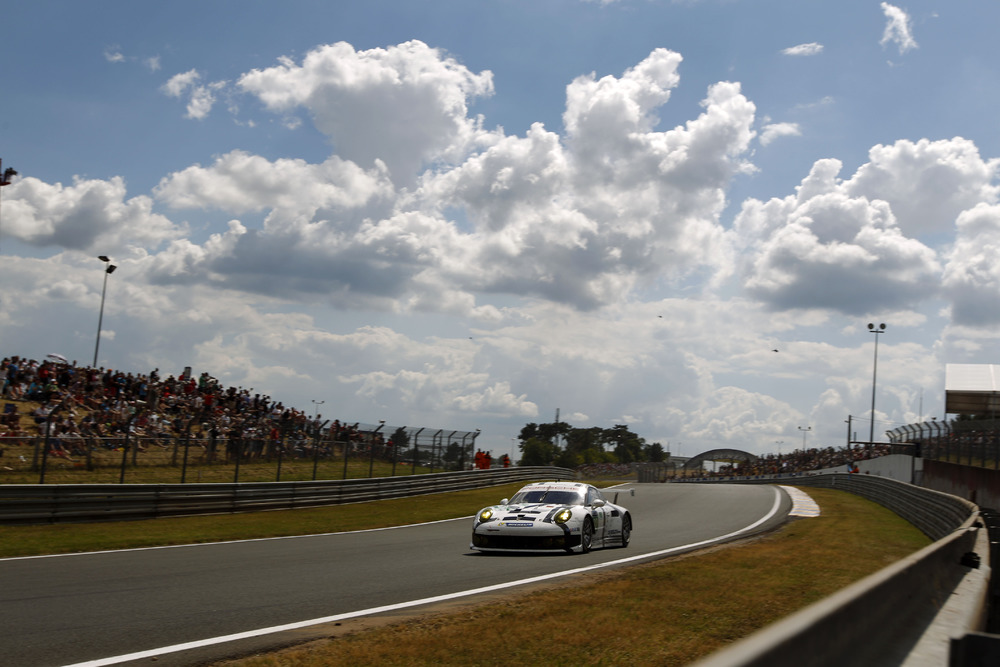 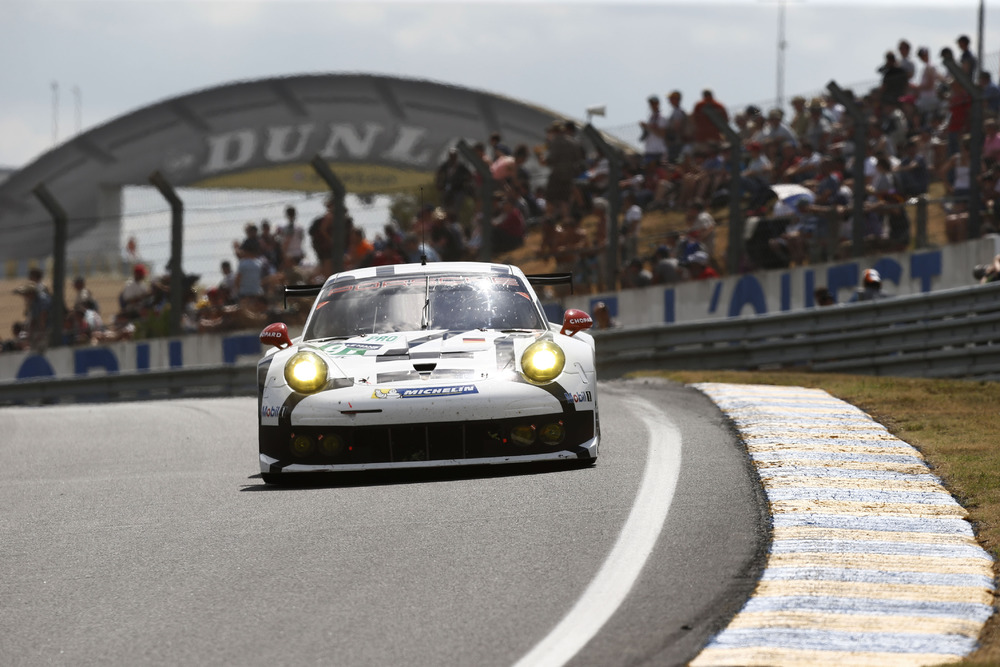 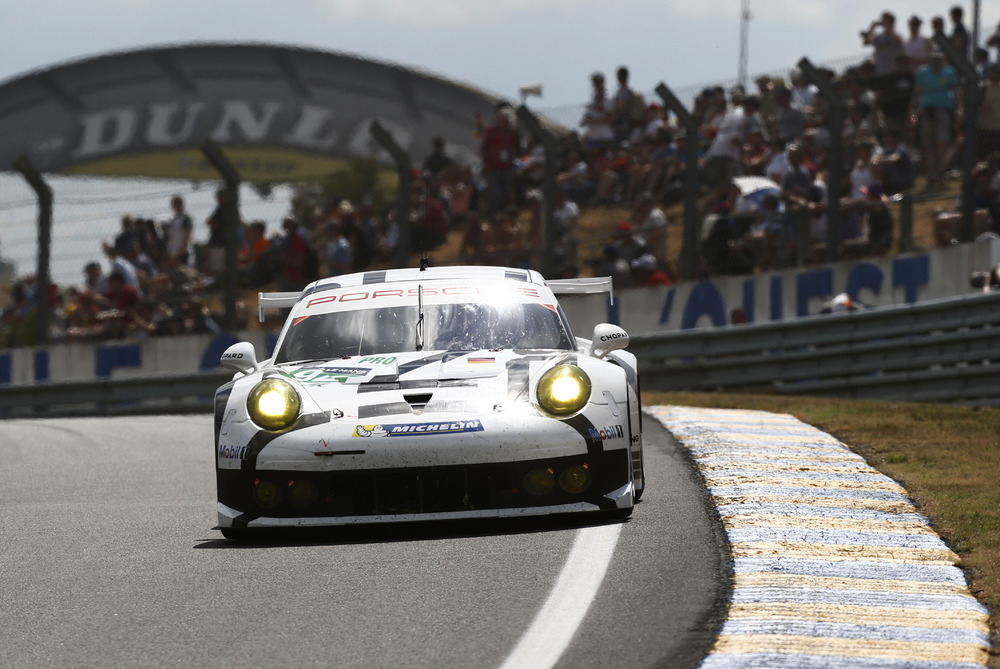 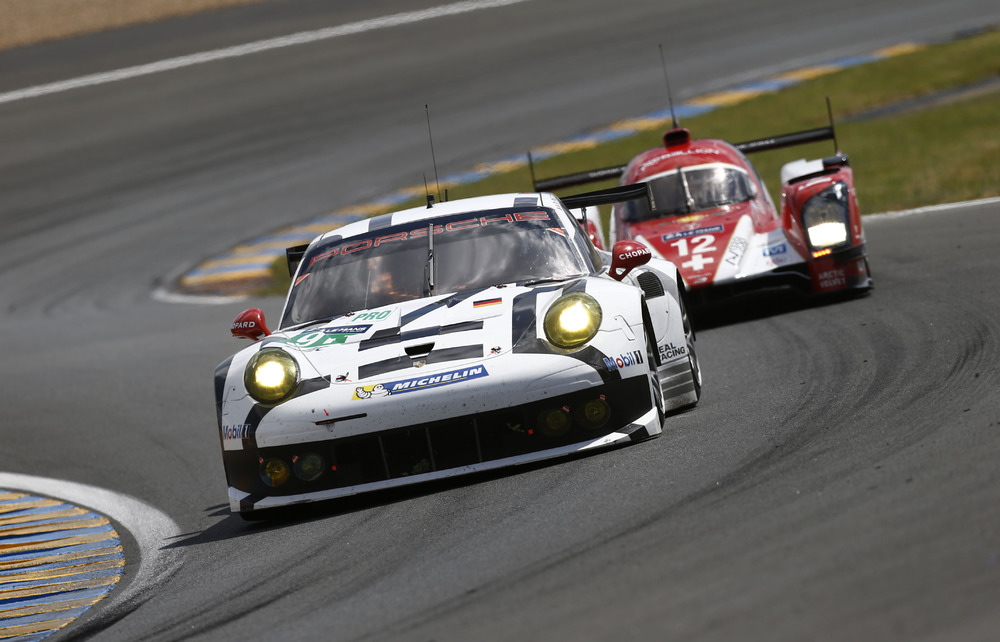 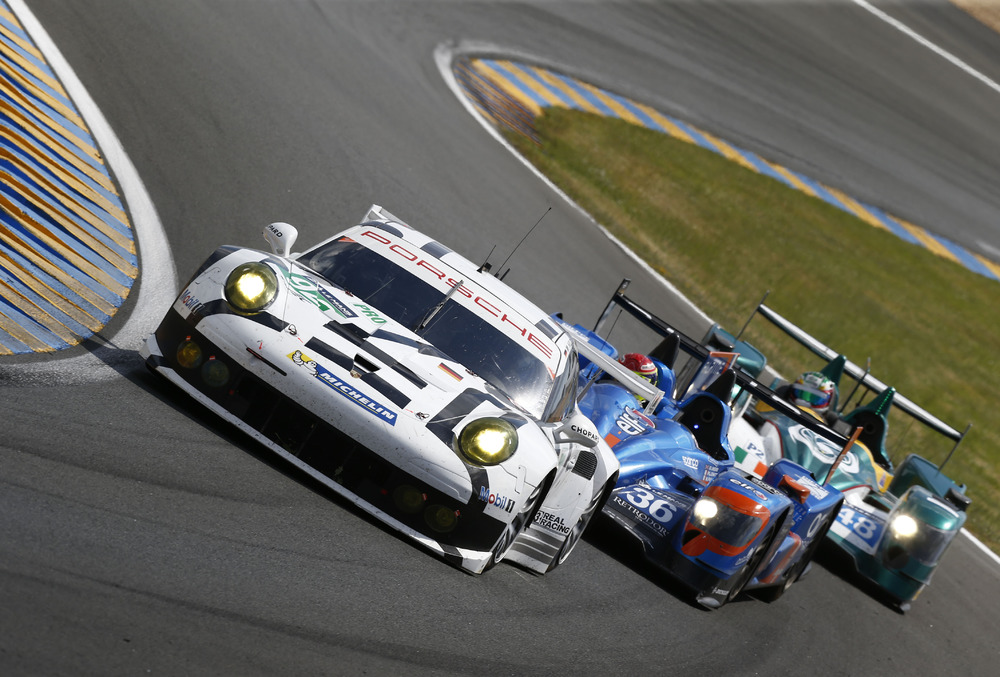 Stuttgart. The 911 RSR fielded by Team Manthey are still up amongst the GTE-Pro class front-runners at the Le Mans 24 Hours. After five hours at the 82nd edition of the long distance classic at the Sarthe, works drivers Joerg Bergmeister (Germany), Patrick Pilet (France) and Nick Tandy (Great Britain) are maintaining fourth place with their #91 911 RSR. Directly behind them in fifth are their factory pilot colleagues Marco Holzer (Germany), Frédéric Makowiecki (France) and last year’s winner Richard Lietz (Austria).

When a heavy rainshower set in at 5.30pm and water lay on many parts of the 13.629 kilometre Circuit des 24 Heures, the Team Manthey squad mobilised its perfect pit stop strategy to plant its 911 RSR at the top: While most of the opposition headed into the pits to change to wet tyres, the team’s 911 racers stayed out on slicks, only switching to wets during the safety car phase. The gamble paid off – after three hours they were sitting one-two with Marco Holzer leading in the number 92 vehicle followed by Joerg Bergmeister. Shortly afterwards, during a second heavy downpour of the eventful afternoon in Le Mans, Joerg Bergmeister made the most of another safety car period to snatch the lead. As the sun broke through the clouds in the early evening and the track dried up, the pilots were forced to let three competitors pass them.

Frédéric Makowiecki (911 RSR, #92): “The start of the race was difficult. At first things went smoothly but then I lost a little time. Not a lot, but I couldn’t maintain the pace of the leaders. When rain set in the passage near Tertre Rouge was like a lake. I saw the Toyota in my rear vision mirror approaching really fast and wanted to swerve to the right to make some room. But water was lying there as well and my car began to fishtail and touched the barriers. Luckily the car is virtually undamaged.”

Patrick Pilet (911 RSR #91): “The car’s not easy to drive in the dry, the tyres didn’t have a lot of grip. When the rain started we had a good strategy. I talked a lot with the pit crew and we decided to stay out. The problem was that I didn’t have enough fuel. If I could have stayed out for two more laps I could have changed directly to wet tyres. But I had to pit again shortly afterwards. The speed of the Aston and Ferrari on the straights is incredible. But it’s early yet and we’ve just got a little taste of what can happen. We’re going well.”

Patrick Long (911 RSR # 77): “That was an eventful first stint. Unlike several of the others, we didn’t fly off the track so that was lucky. Our tyres were great, we stayed out for three and a half hours on one set of rubber.”

Klaus Bachler (911 RSR, #88): “Things went really well in the beginning. I tried to keep out of trouble and I succeeded. I tried as best I could to conserve the tyres over my double stint and because of this I was a little off the pace.”