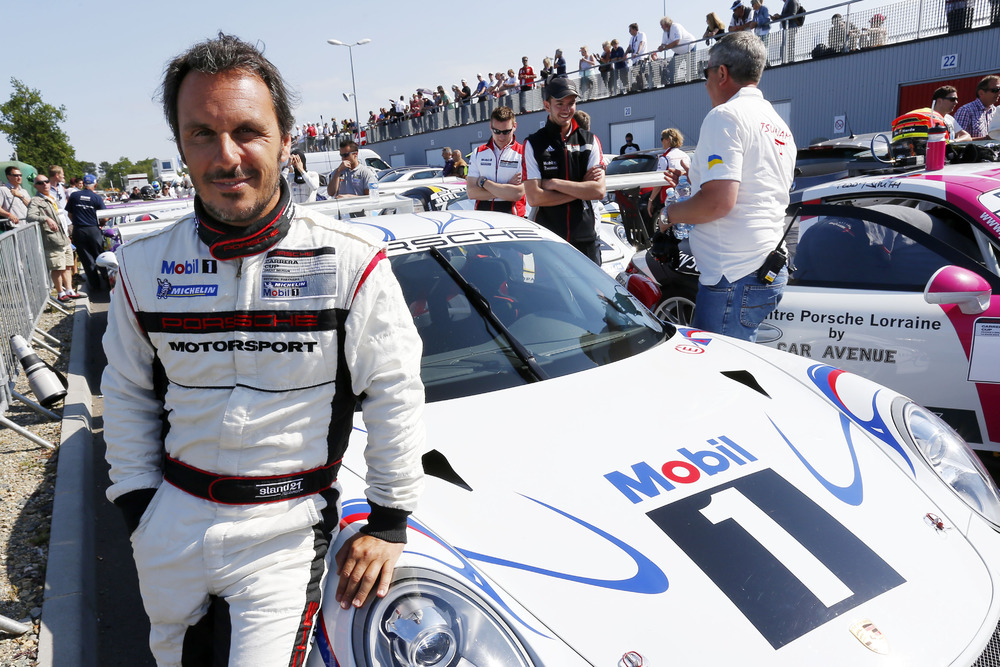 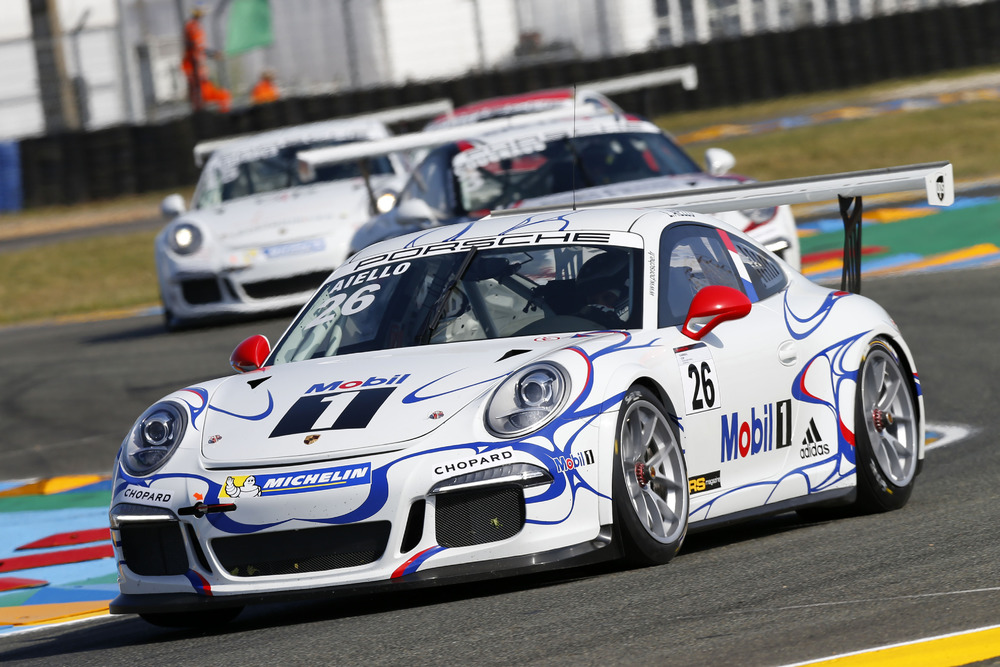 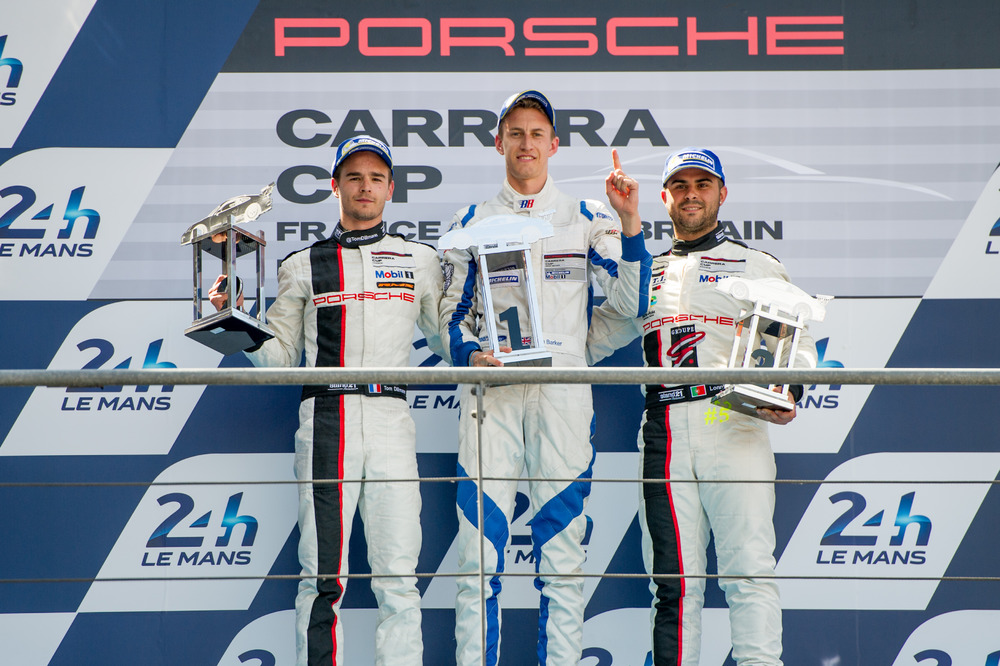 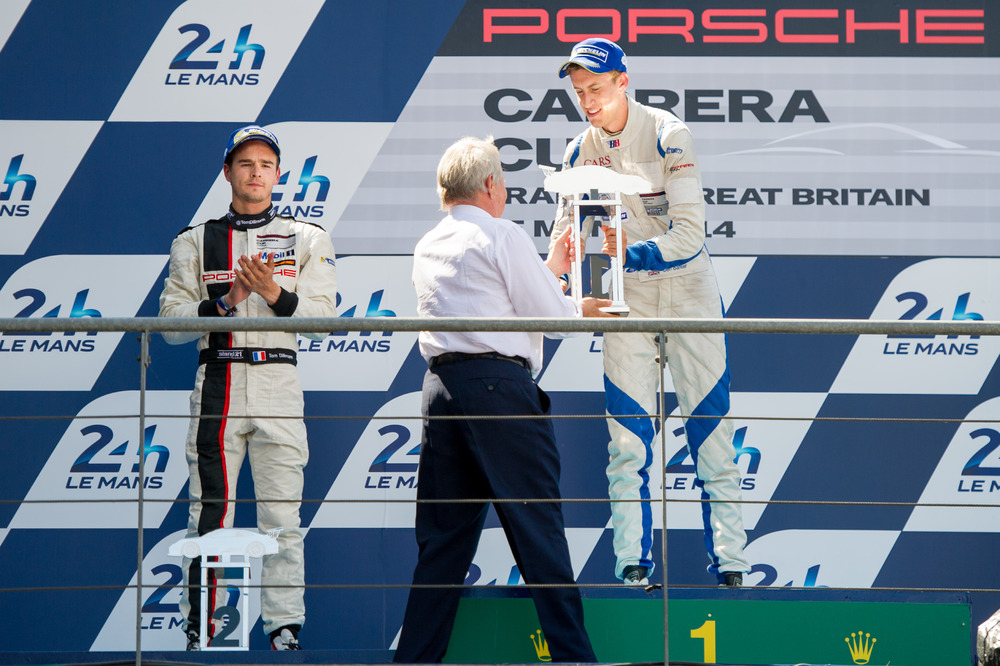 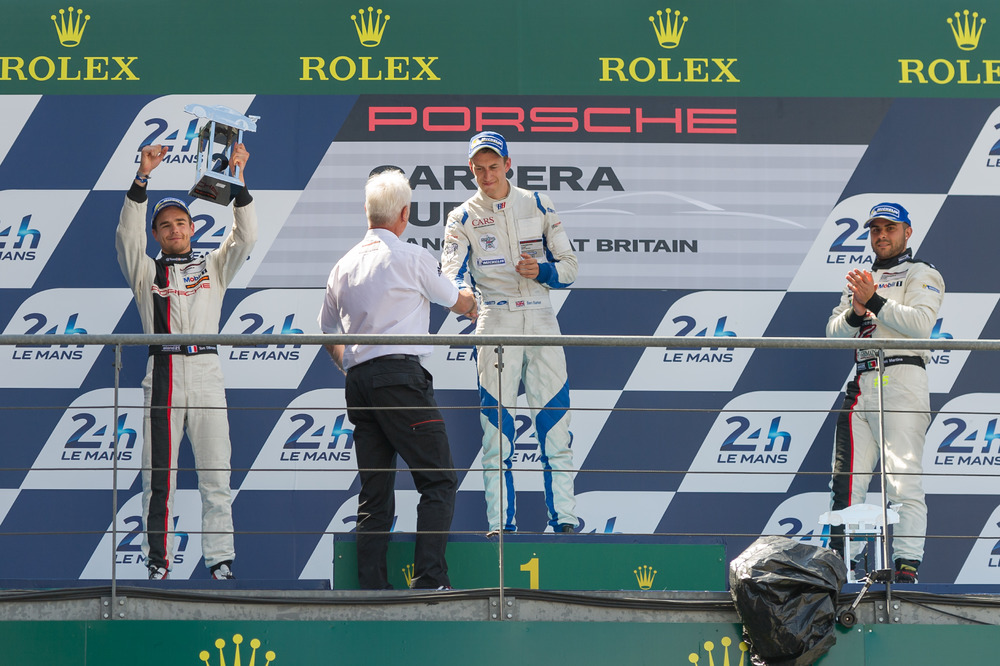 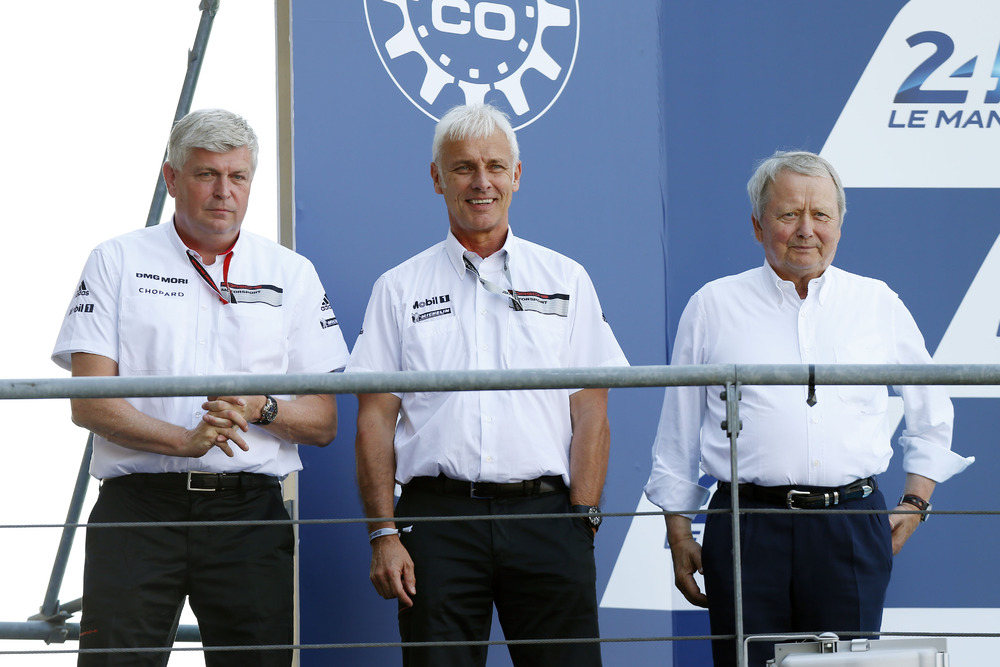 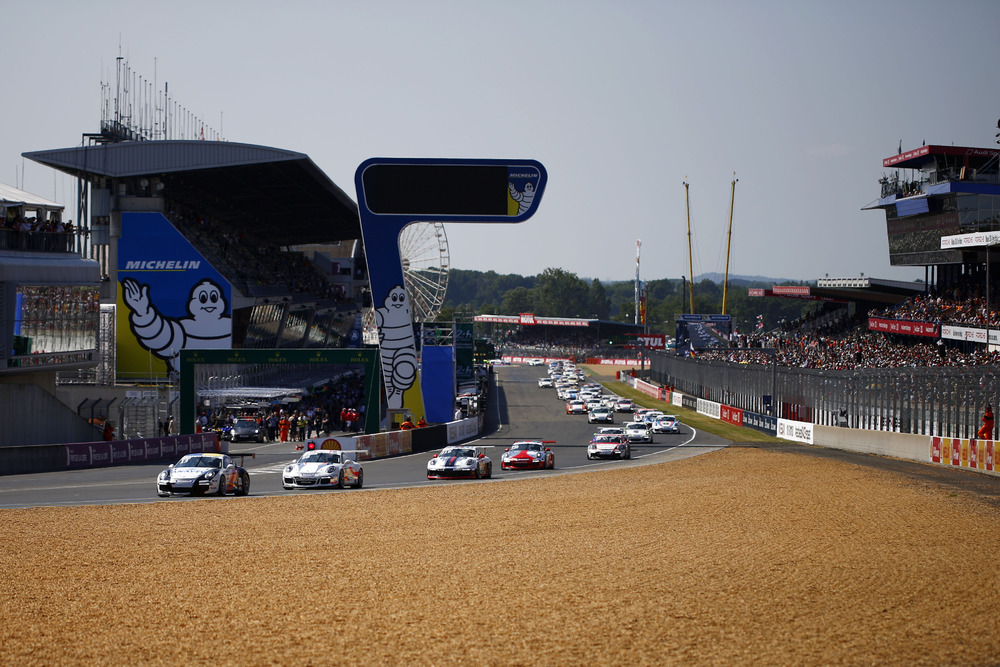 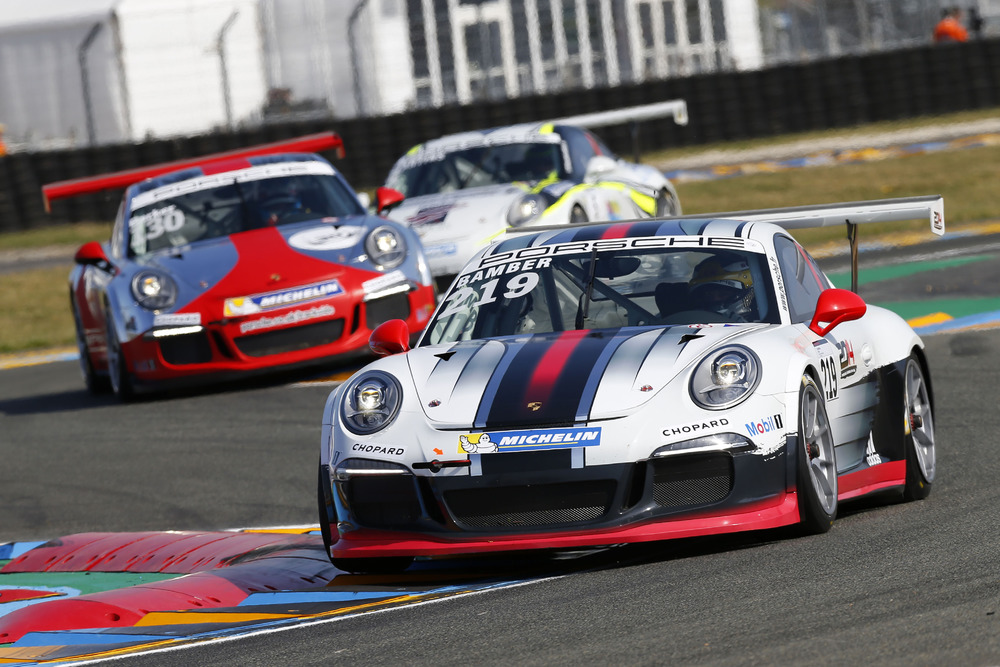 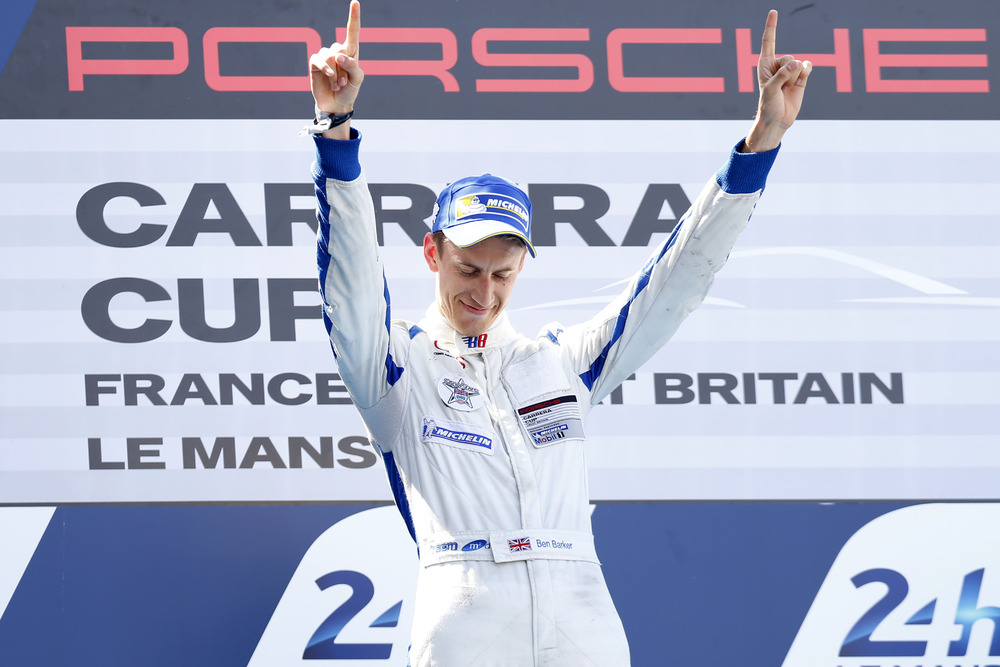 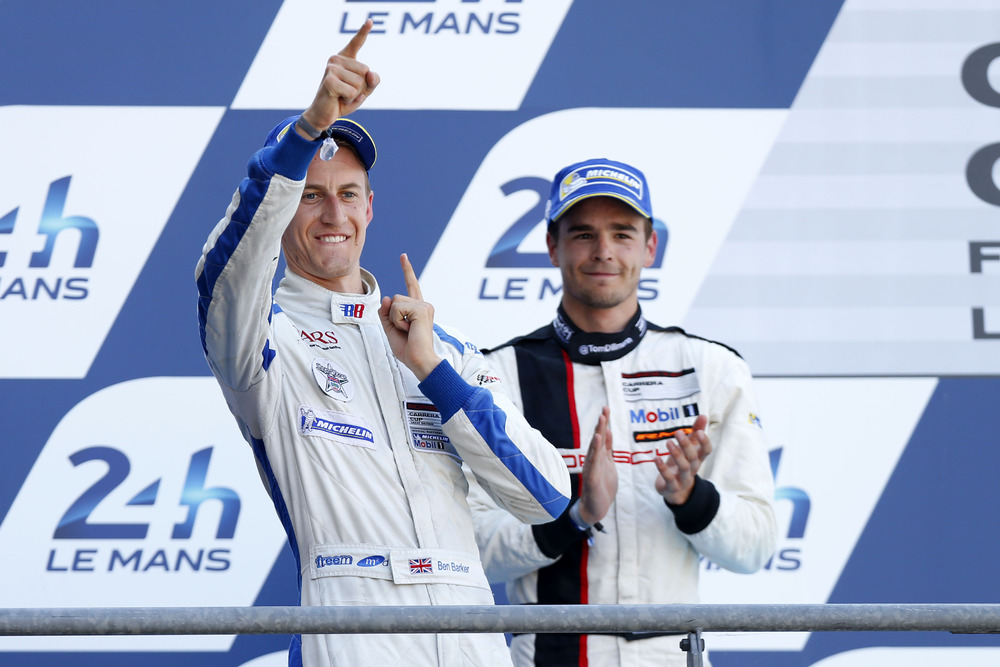 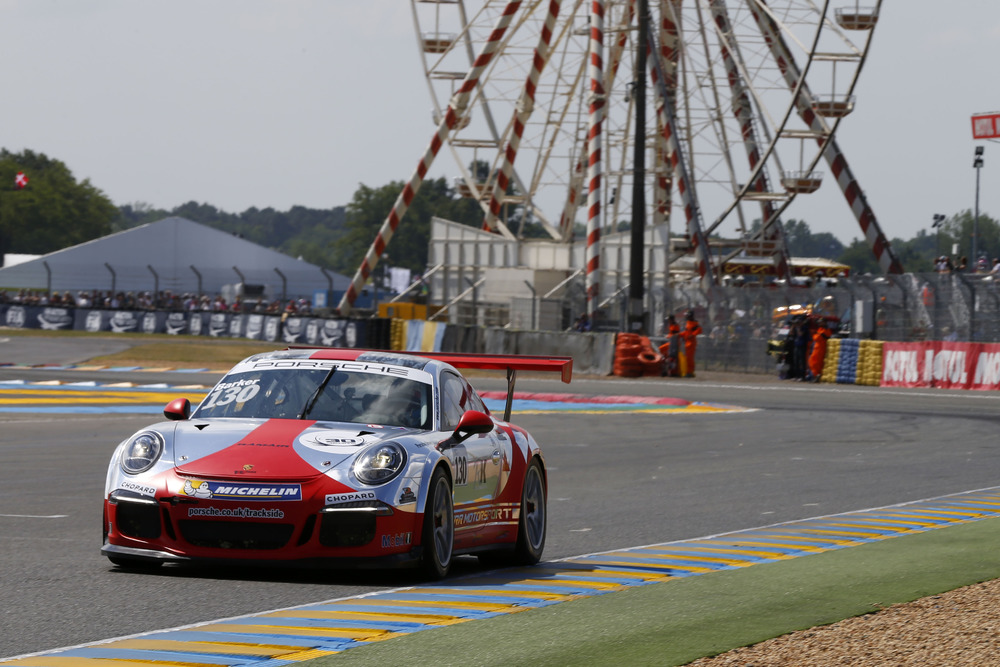 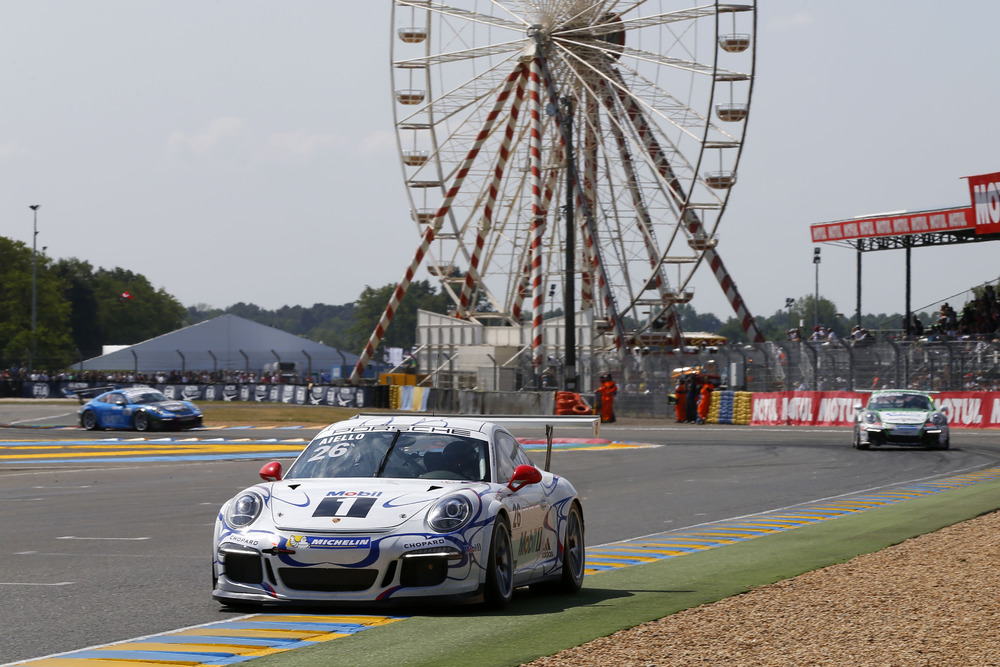 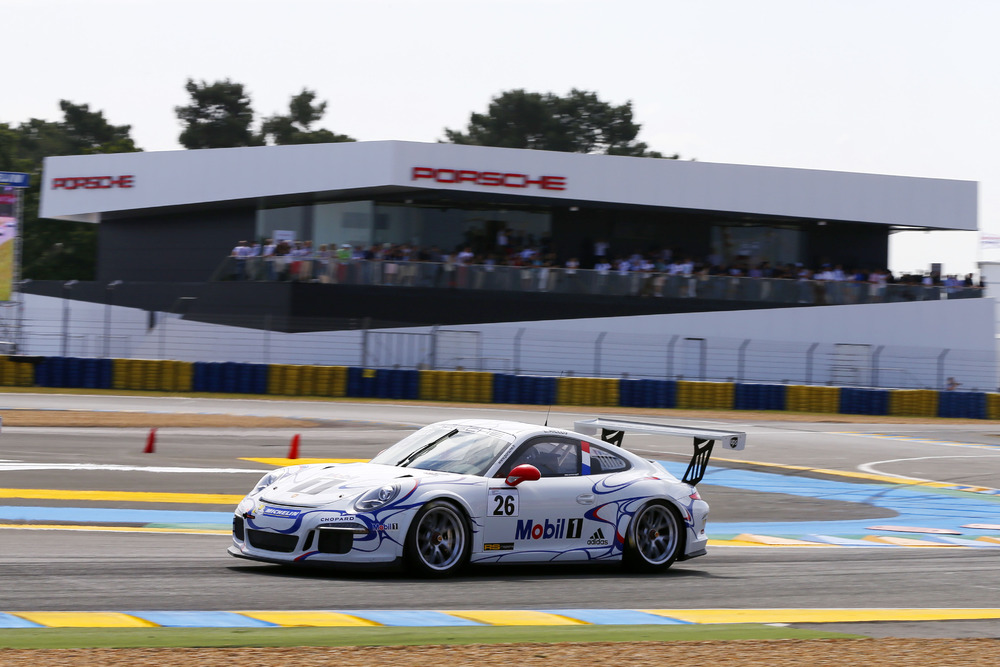 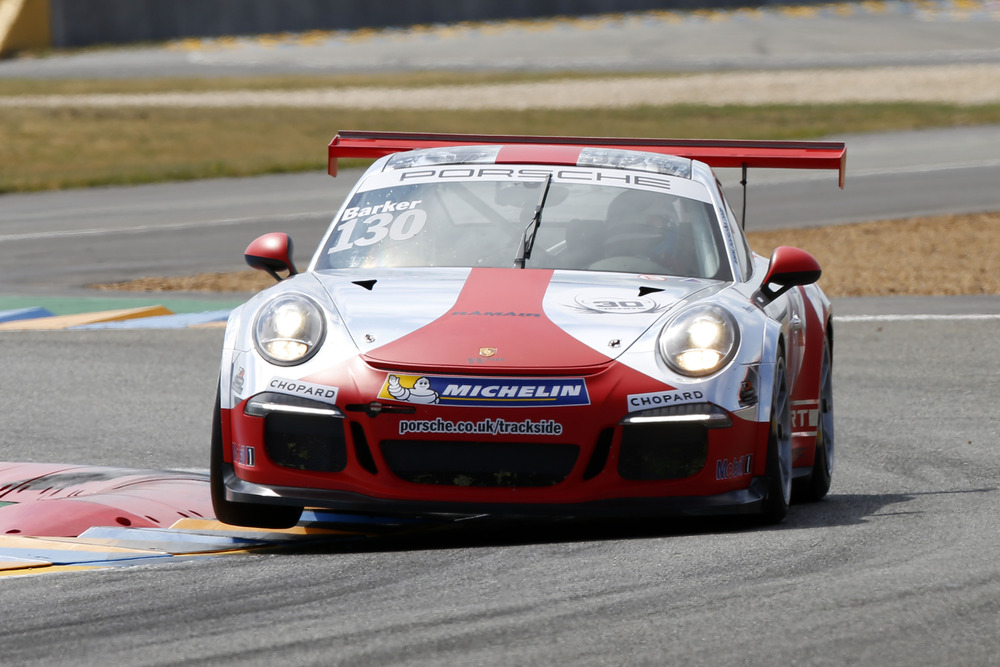 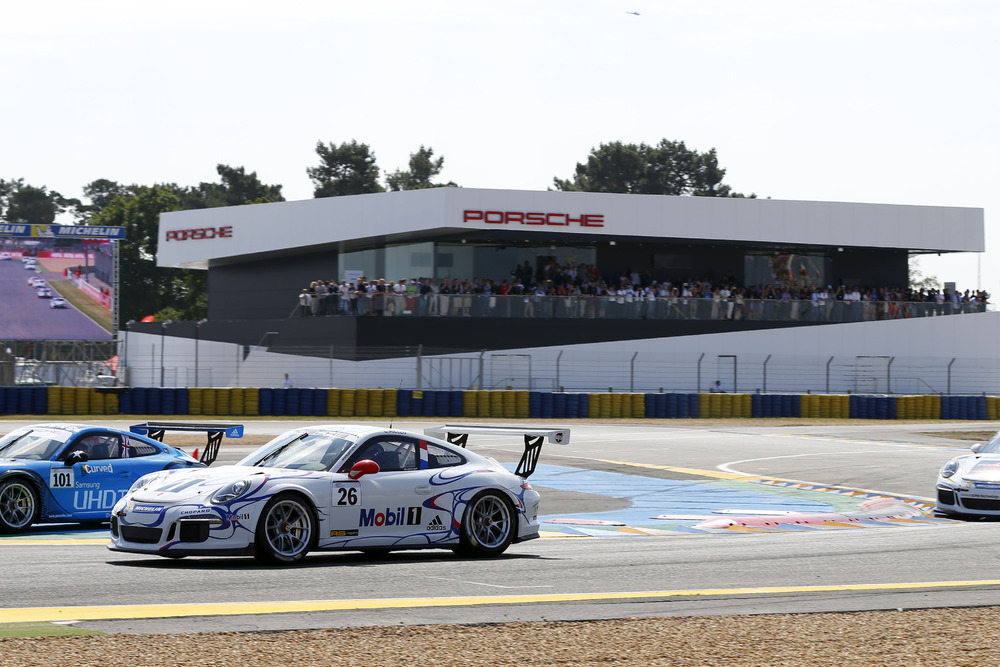 Stuttgart. “An incredible race. I had great fun overtaking so many cars. My engineer Roland Kussmaul and I had worked out a great set-up together. Somehow it felt like 1998 all over again.” Laurent Aiello had obviously enjoyed his VIP guest appearance in the Cup prior to the Le Mans 24 Hours. For the Frenchman, it was a return to the scene of his greatest triumph: In 1998, he won the long distance classic with teammates Allan McNish and Stéphane Ortelli in the 911 GT1 – the most recent overall victory for at Le Mans.

At the wheel of a 911 GT3 Cup, Laurent Aiello contested the Le Mans Cup, a combined race held on Saturday morning with both the Cups of France and Great Britain, with support from his race engineer from 1998, seasoned specialist Roland Kussmaul. On the 13.269 kilometre Circuit 24 Heures, the DTM champion of 2002 convincingly demonstrated that he had not forgotten a thing, even years after stepping down. Taking up the race from 14th on the grid, Aiello put in a gripping fight for positions against the brand trophy regulars and concluded his stunning pursuit on fourth place.

“There were a couple of really great duels. The boys are really fast, but I think I didn’t do too badly. Thank you for this fantastic opportunity,” said Laurent Aiello. “Whenever I race at Le Mans I’m reminded of my victory with in 1998. It was my very first time at Le Mans, and therefore the win is always going to be unforgettable.” His first encounter with the 911 GT3 Cup at Le Mans was also a very special déja vu: The car’s paintwork carried the same design as the winning 911 GT1 of 1998 and also sported the same starting number 26.

Please note: Photos of Laurent Aiello’s guest appearance with the 911 GT3 Cup at Le Mans are available for accredited journalists from the Press Database under the internet address https://presse.porsche.de. On this website you can also activate the Motorsport SMS Info Service to receive the latest news and information. The Twitter channel @Races provides live updates with the latest information, photos and videos from race tracks around the world. Journalists also have access to the 2014 Motorsport Media Guide on https://presse.porsche.de/motorsport. Communication provides a new service for journalists, bloggers and online multipliers on www.newsroom.porsche.com.