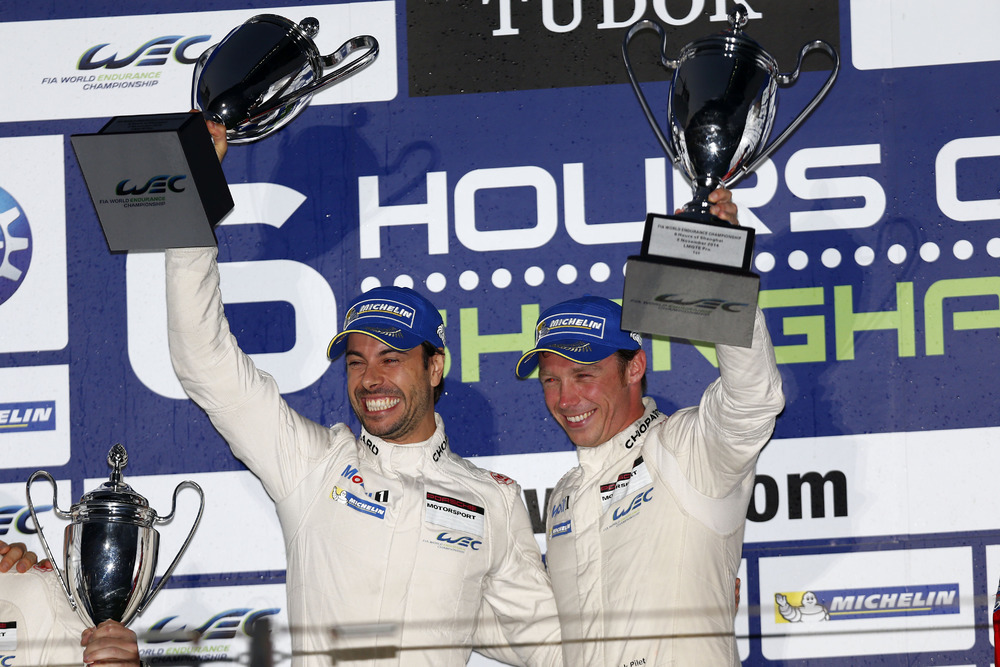 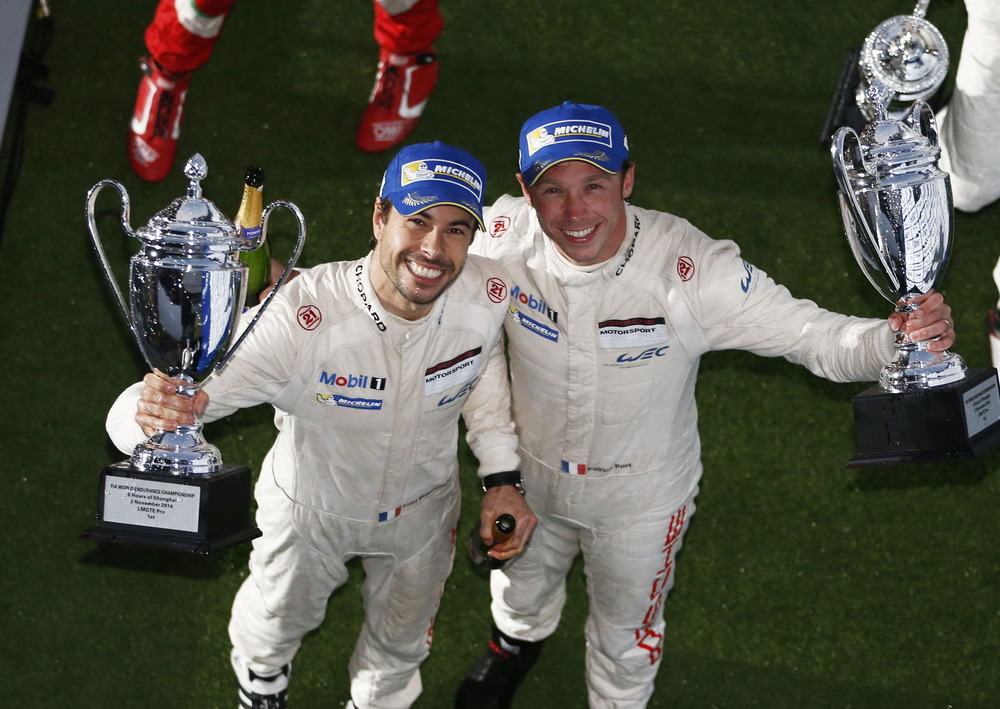 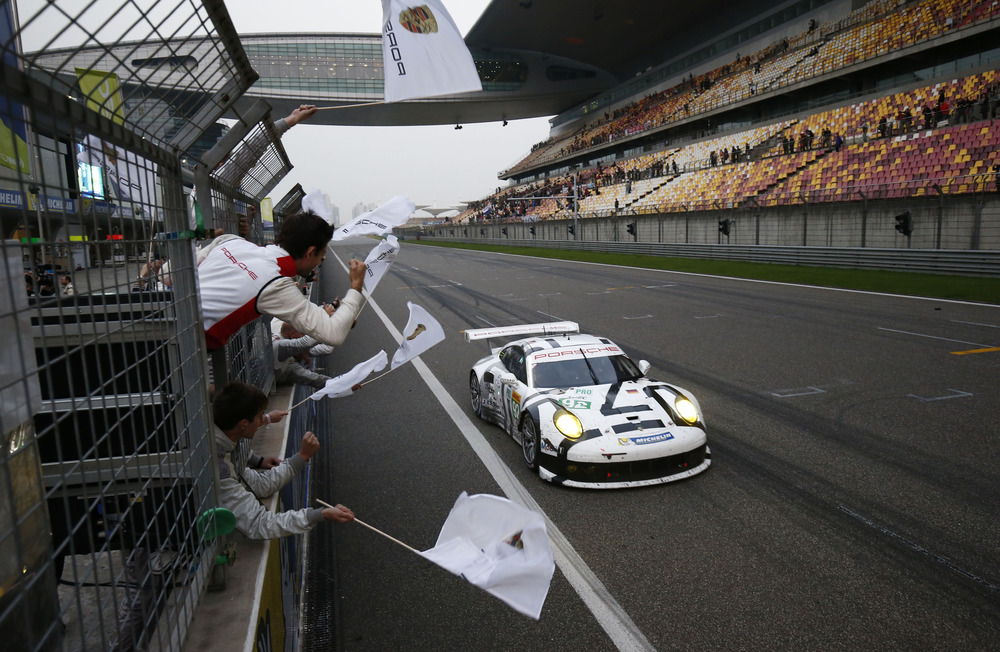 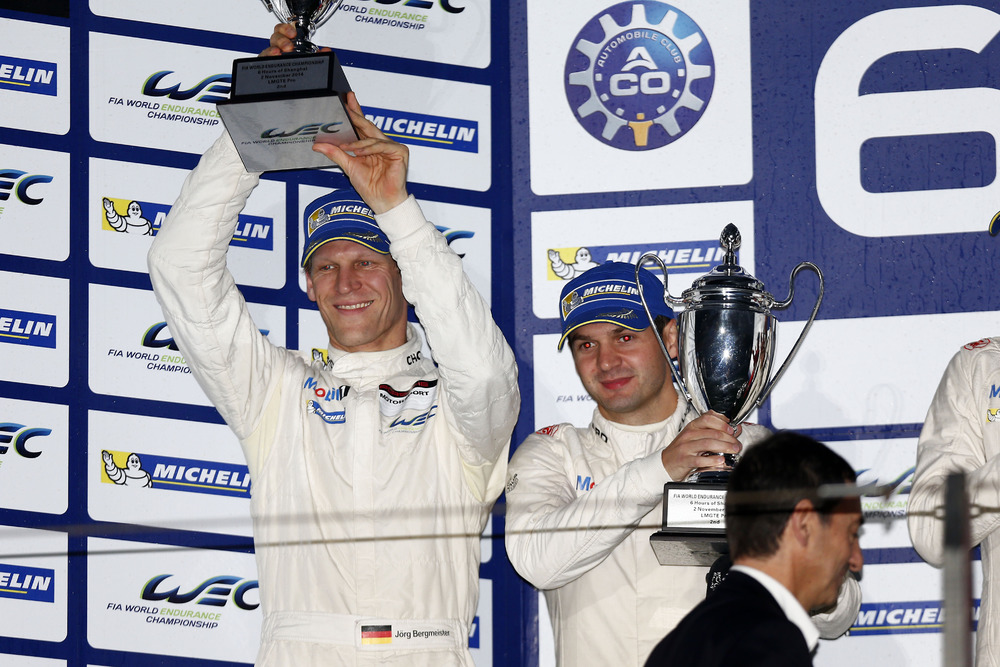 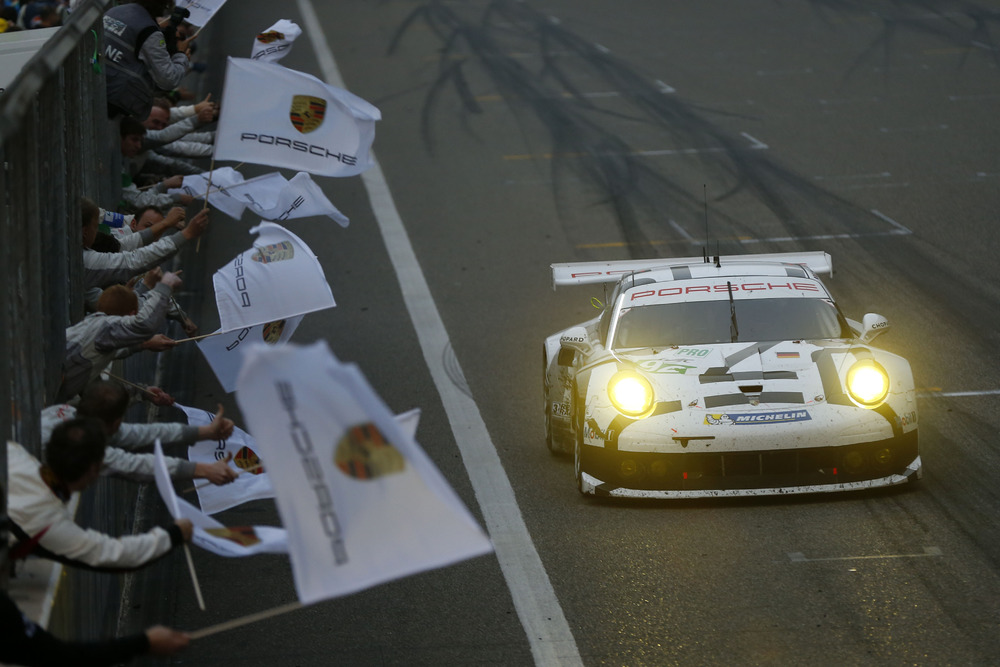 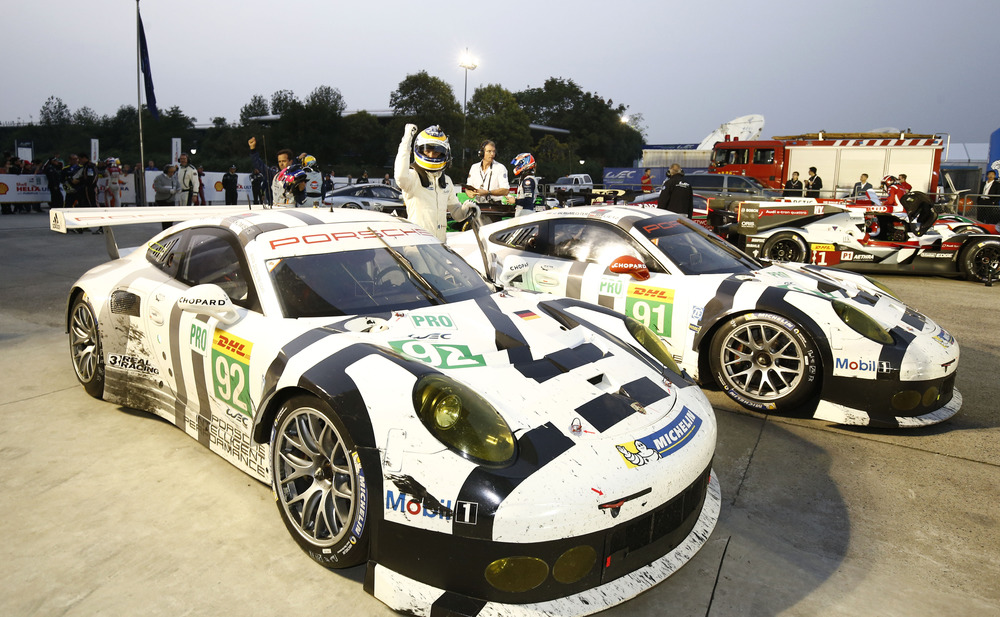 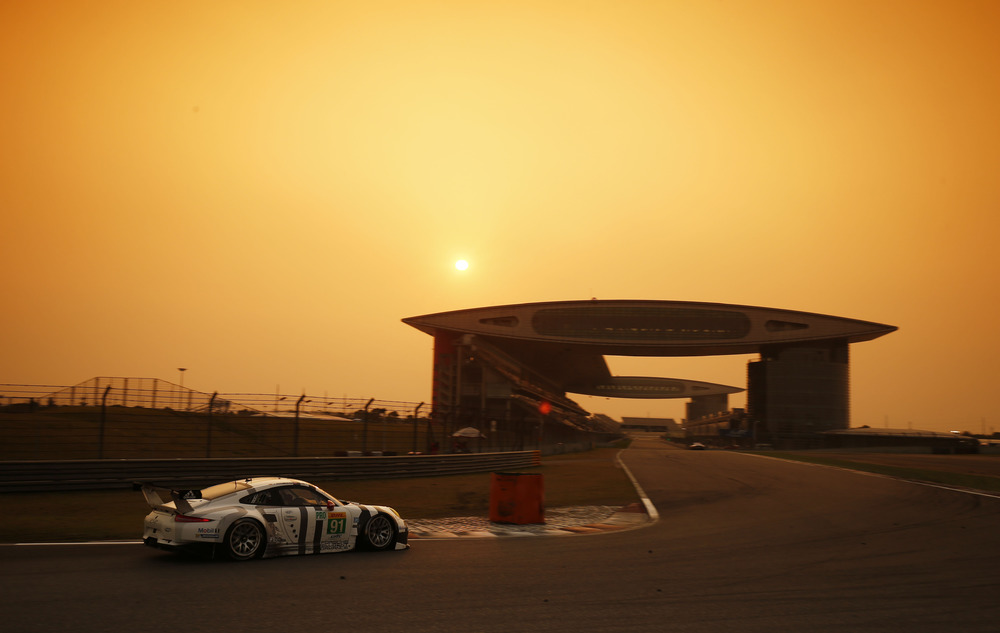 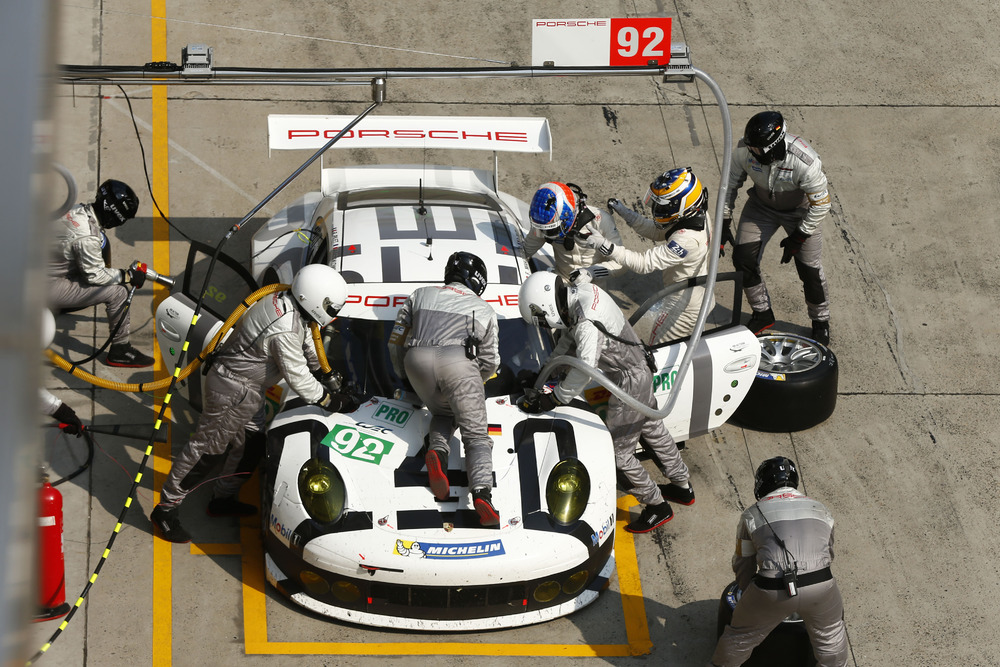 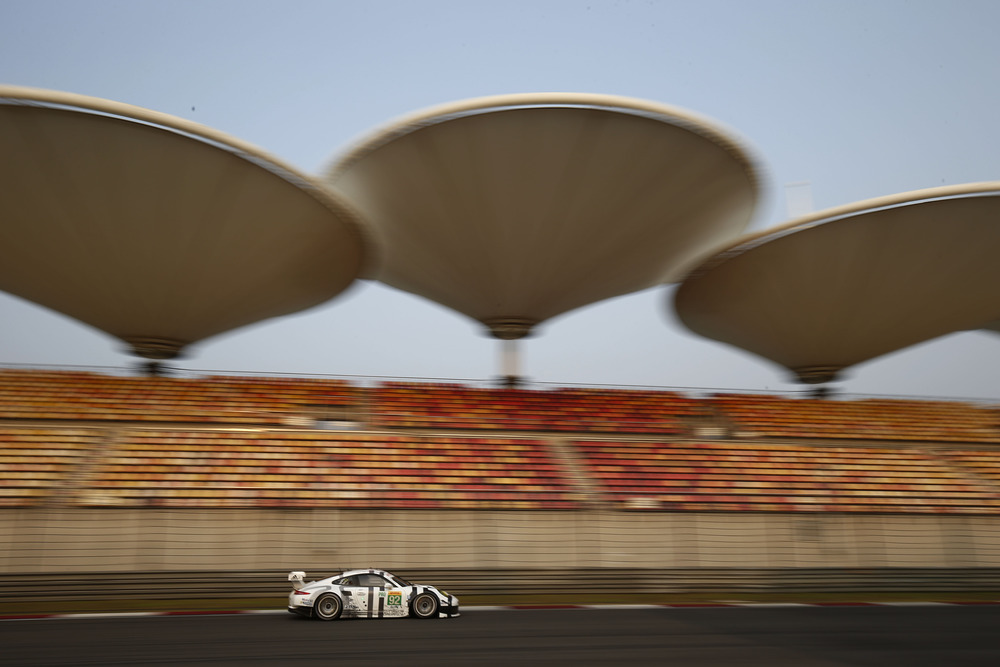 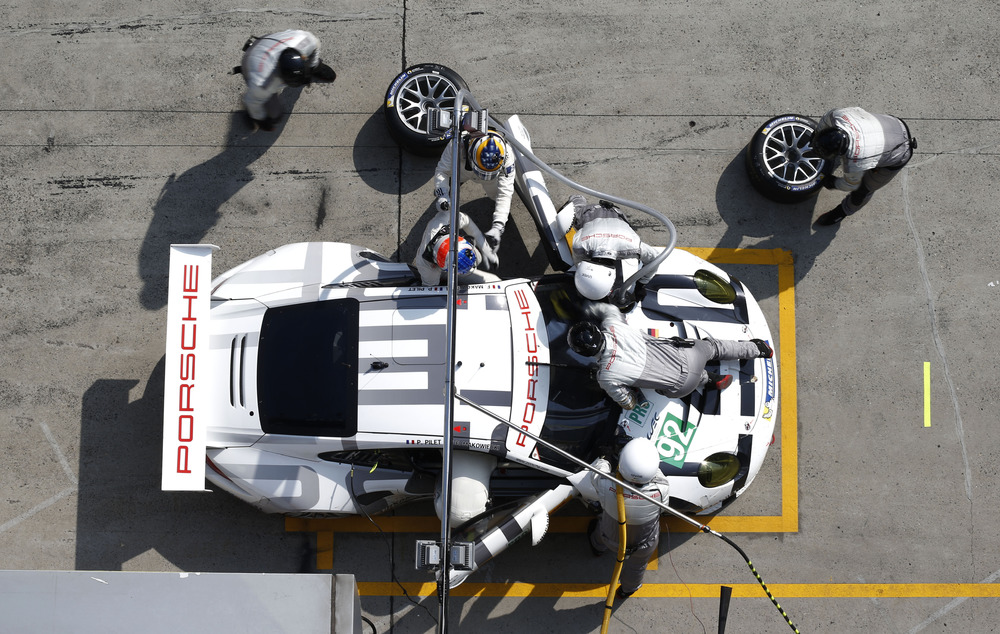 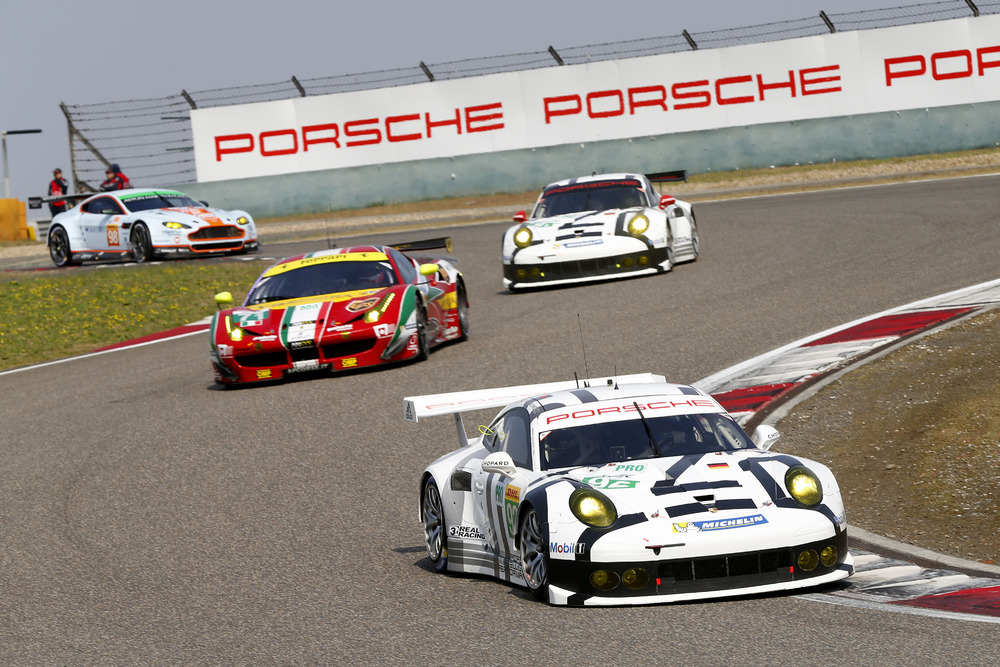 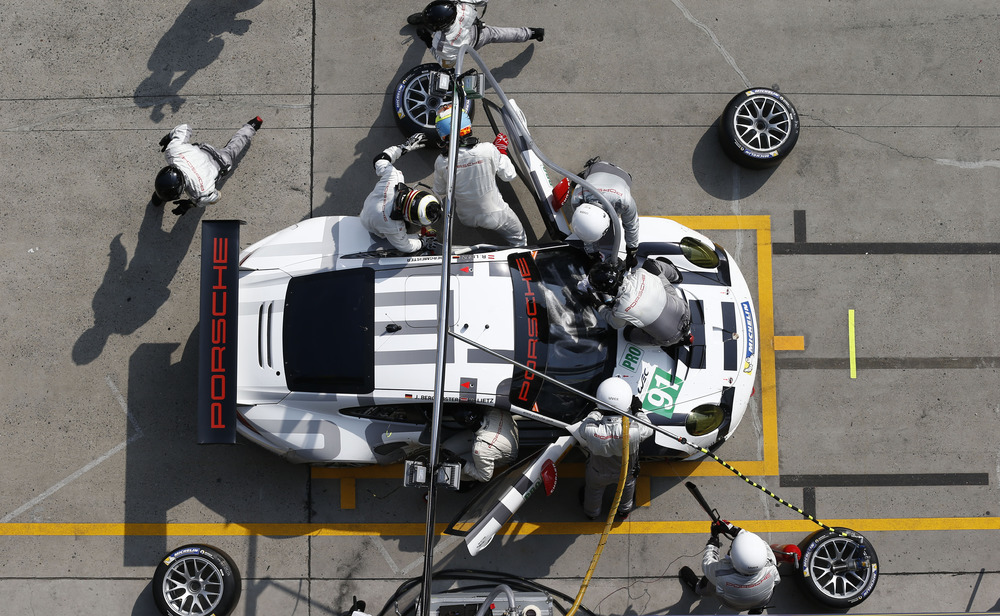 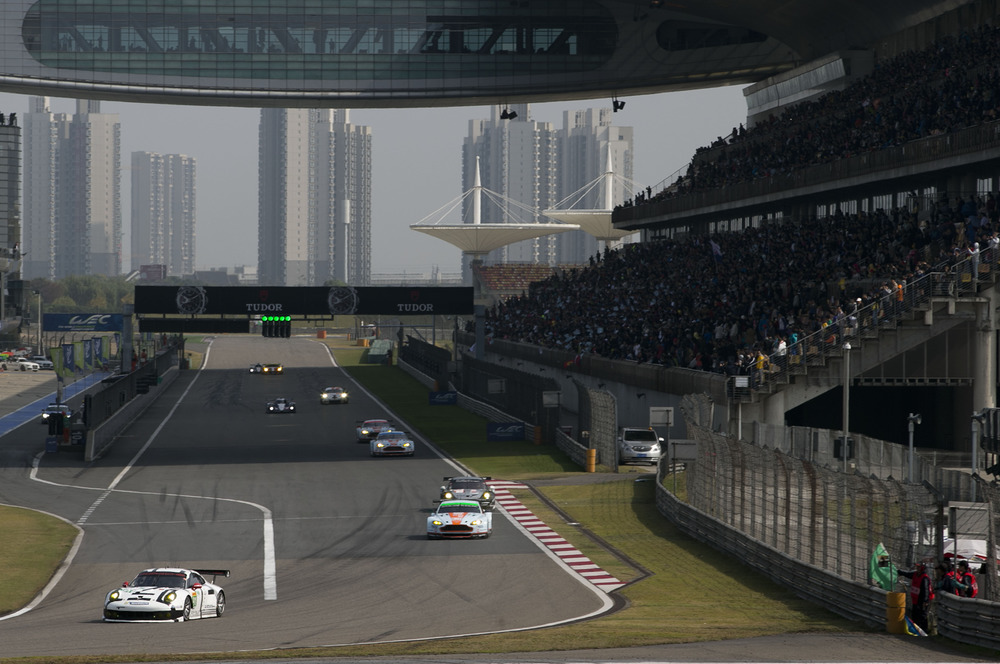 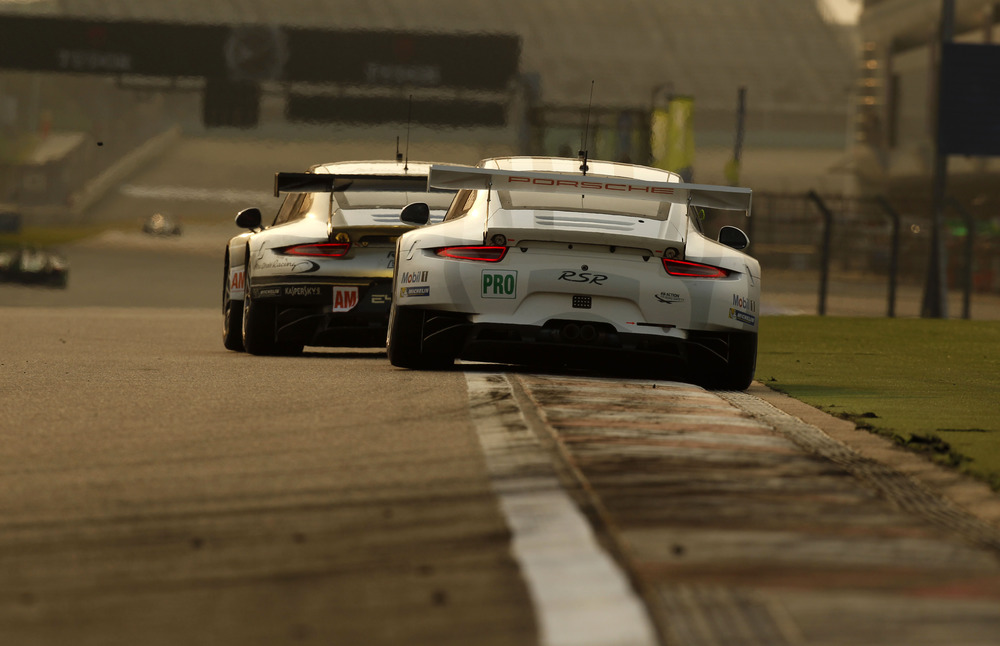 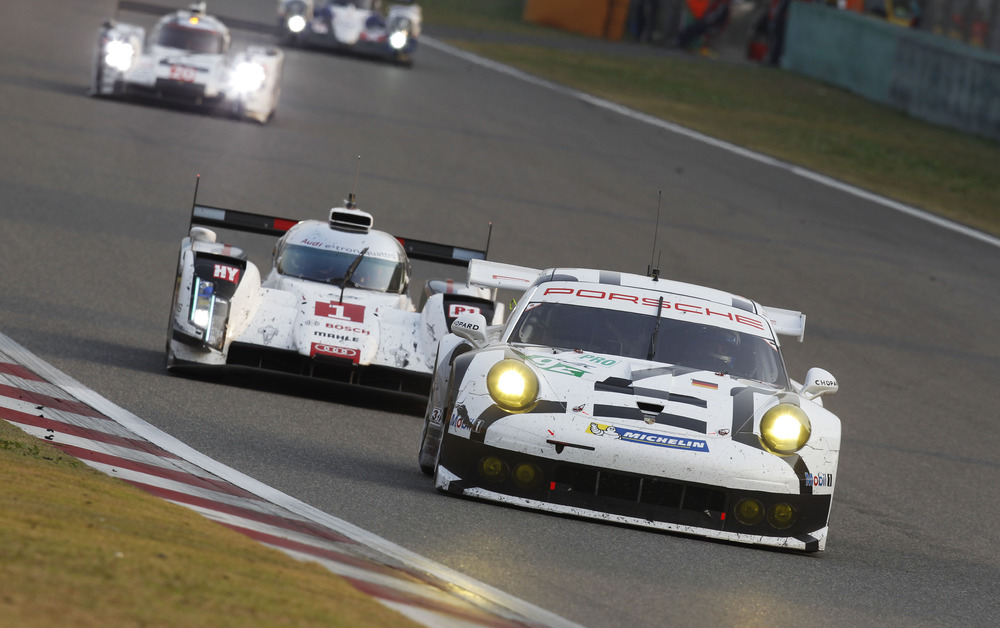 Stuttgart. Important success for at the six-hour race in Shanghai: On the Grand Prix circuit at the outskirts of China’s economic powerhouse, the 911 RSR fielded by the Manthey squad secured the second double victory of this year’s Sports Car World Endurance Championship (WEC) in front of 45,000 spectators. Crossing the finish line as the winner after 167 laps were the French works drivers Frédéric Makowiecki and Patrick Pilet, with second place going to their factory pilot colleagues Jörg Bergmeister (Germany) and Richard Lietz (Austria). Currently ranking second in the manufacturers’ championship, this success has enabled to make further headway in the fight for the title.

The double victory on the Shanghai International Circuit was the feather in the cap for a faultless performance from the entire team. Despite the adverse weather conditions during free practice, the 470 hp 911 RSR, which is based on the seventh generation of the iconic 911 sports car, could be perfectly set-up for the critical qualifying. There, the pilots locked out positions two and three, which they then turned into a dream result at Sunday’s race. Patrick Pilet took the lead of the GT field in the final third of the race, shortly before that Jörg Bergmeister had overtaken the Ferrari in front. They held on to these positions to the flag – to bring home the second double victory for since the season-opener at Silverstone.

Star gymnast Marcel Nguyen had witnessed ’s success directly from the pits. The two-time silver medallist at the 2012 Olympic Games and 2012/13 World Cup overall winner, who attended the Shanghai race as ’s VIP guest, is a huge motorsport fan and drives a GTS. He trains regularly in China and enjoys almost a pop star status amongst fans here. This was very evident at the traditional autograph session before the race, where his signature was equally as in demand as the popular race drivers.

Wolfgang Hatz, Board Member for Research and Development AG: “That was a perfect weekend. The second double victory – you can’t wish for more than that. This has helped us take a big step towards the manufacturers’ championship and we will head to the final two races in Bahrain and Sao Paulo totally committed in our fight for the title.”

Dr. Frank-Steffen Walliser, Head of Motorsport: “We’re of course very pleased. That was a real sprint race and a tough fight over six hours. The team, drivers and engineers did everything perfectly. This has put us back in the fight for the championship and we’ll be heading to the next race in Bahrain more motivated than ever.”

Patrick Pilet ( 911 RSR #92): “My first WEC win – it’s about time. The race today was perfect for us, everything ran smoothly. We had a great car, perfect pit stops and the right strategy. Now I’m looking forward to Bahrain.”

Frédéric Makowiecki ( 911 RSR #92): “What a day. The team did a flawless job today and can be proud of this result. Our 911 RSR was well balanced and consistently fast right from the start. That was without doubt one of our best races.”

Jörg Bergmeister ( 911 RSR #91): “This is a dream result for . It’s not only important for our comeback in the manufacturers’ championship, Fred has also taken a big step forward in the fight for the drivers’ title. Now anything is possible in the battle for the trophy.”

Richard Lietz ( 911 RSR #91): “That was a really tough race where we had to manage the tyres well. The mechanics did a great job in changing the tyres. First and second – what a dream result and it’ll inspire us even more for the rest of the season.”

Marcel Nguyen, world class gymnast: “Such a six-hour race is really nerve-wracking, and I was only a bystander. I’m over the moon about ’s double victory. I got to know the drivers well over the last days and I witnessed their preparations for this critical race first hand. It was really fascinating for me to be so close to the action. Congratulations on this superb team effort.”

The seventh of eight races on the Sports Car World Endurance Championship WEC calendar takes place on 15 November in Sakhir/Bahrain.

Points standings after 6 of 8 races