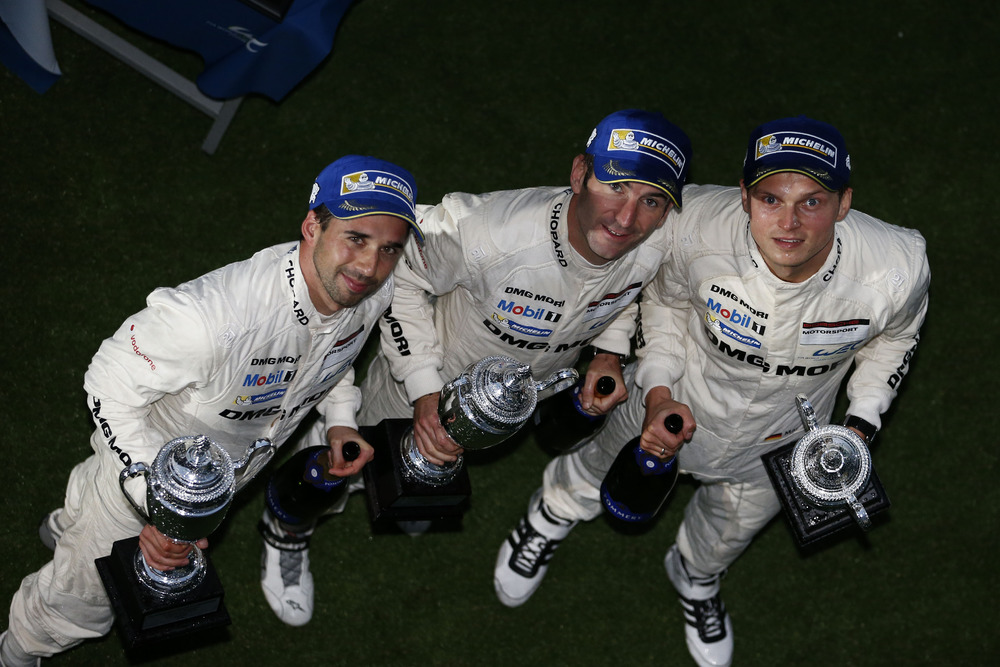 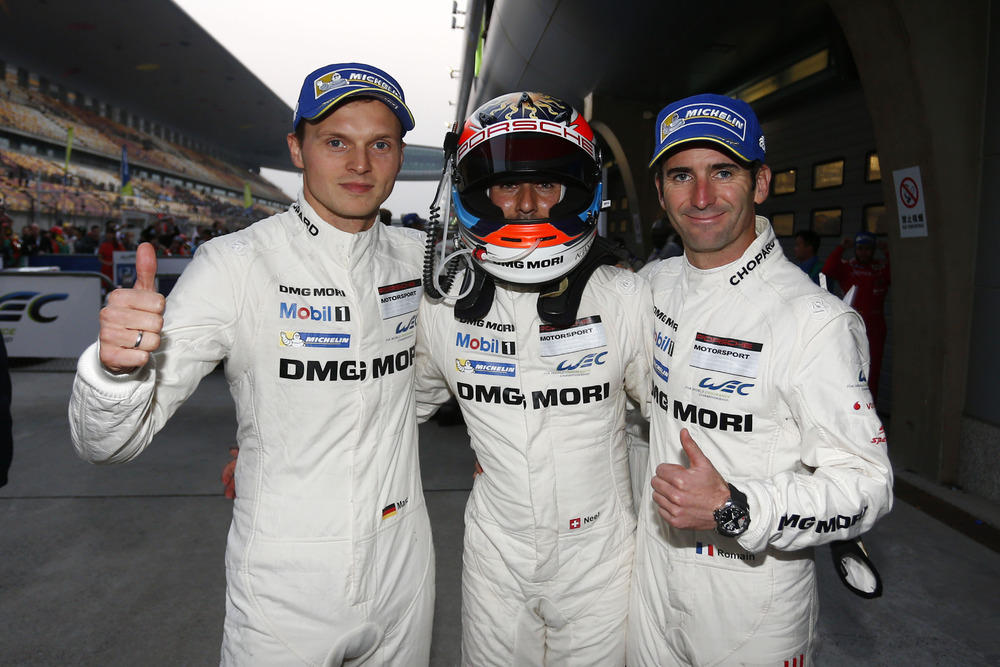 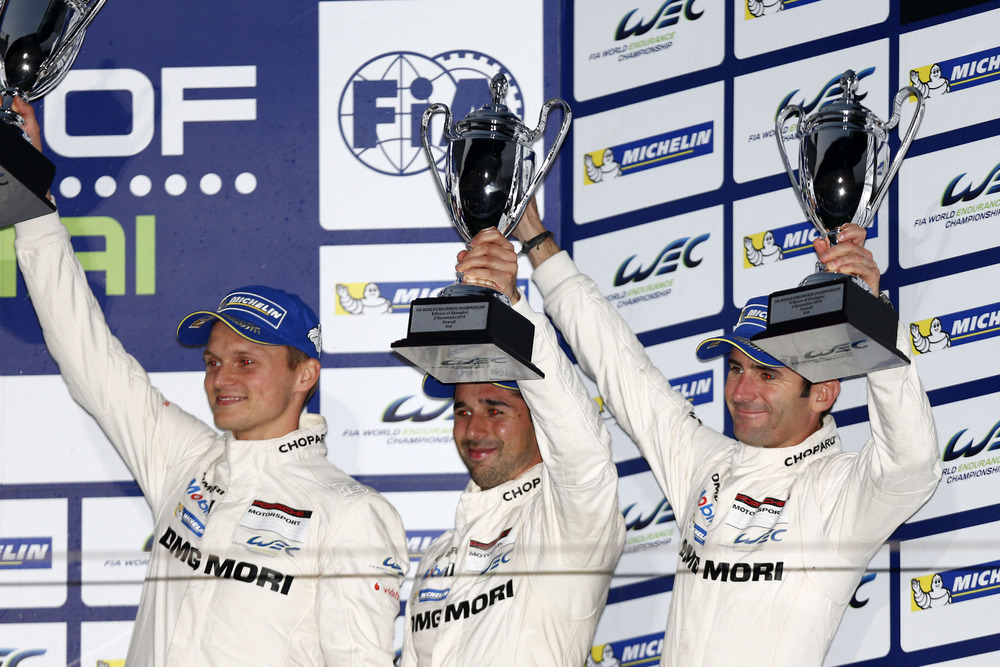 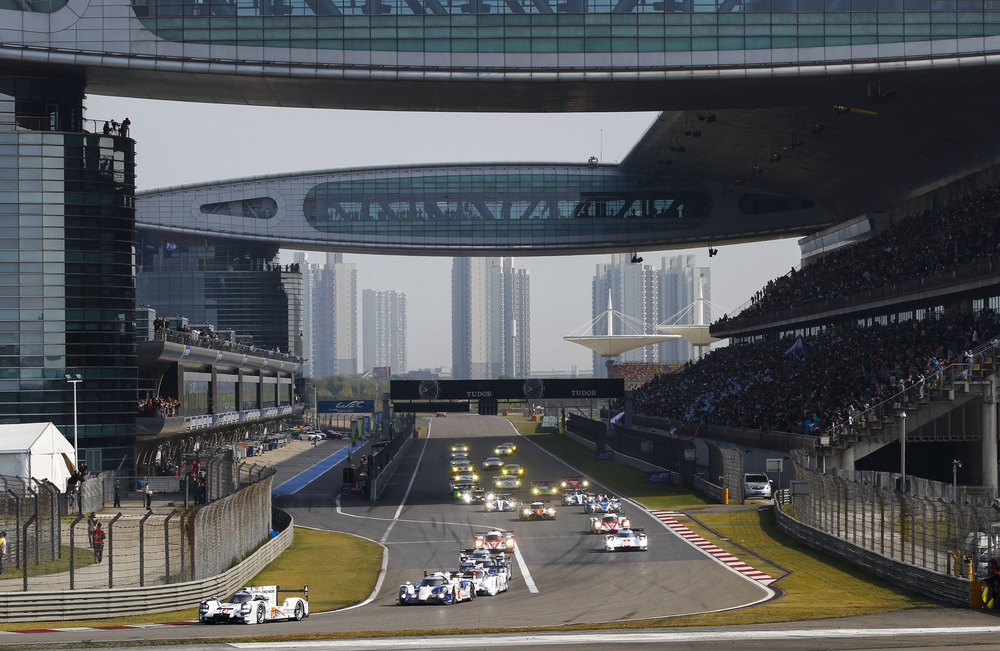 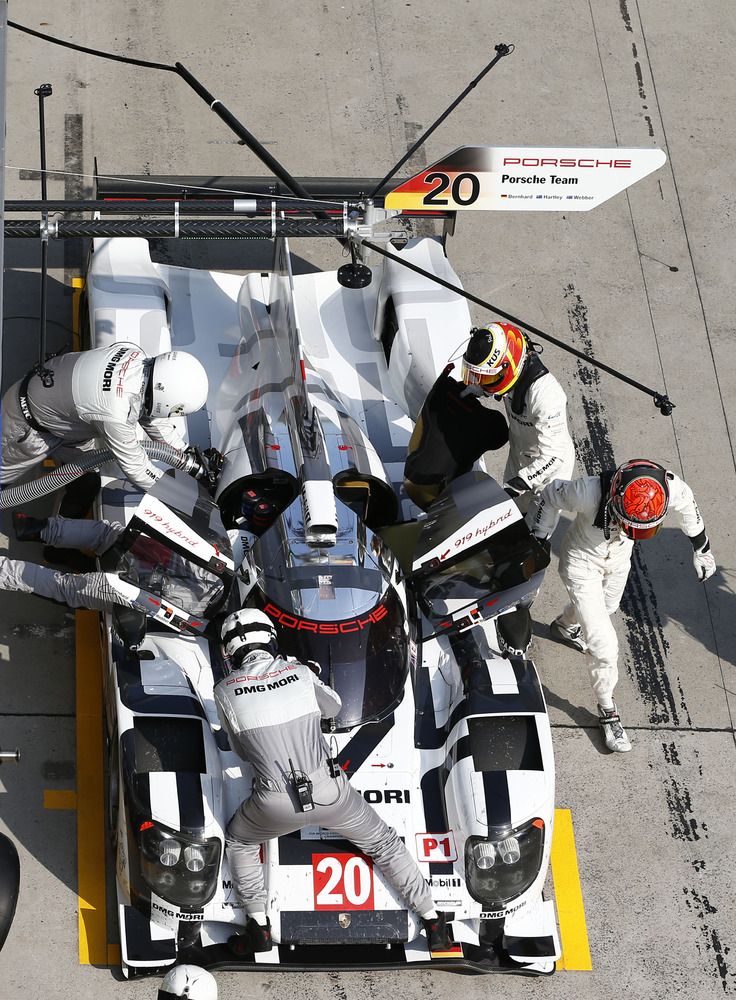 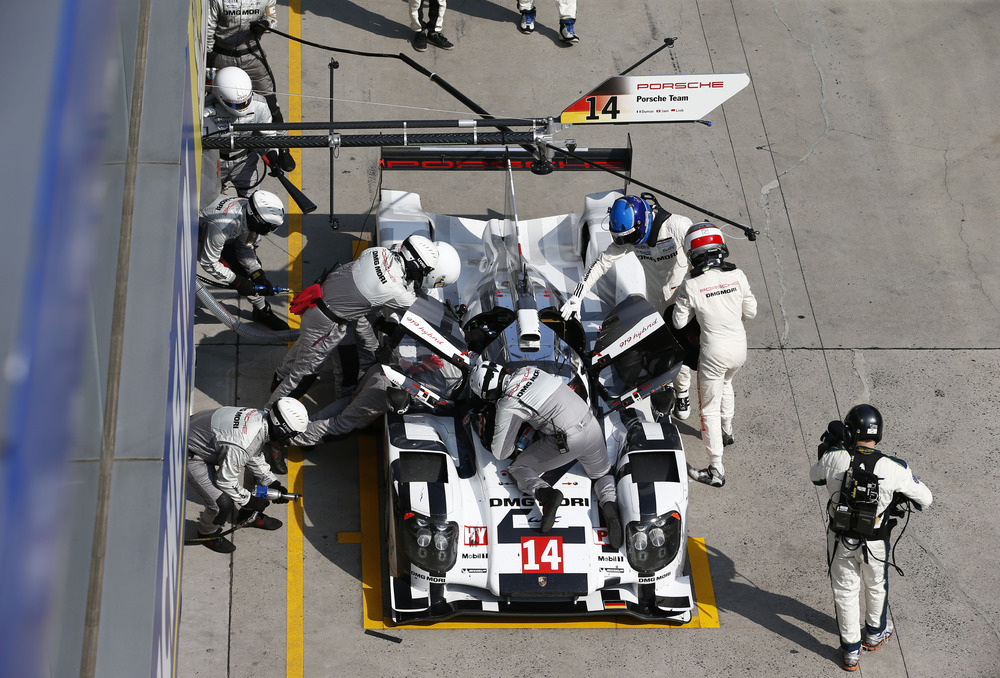 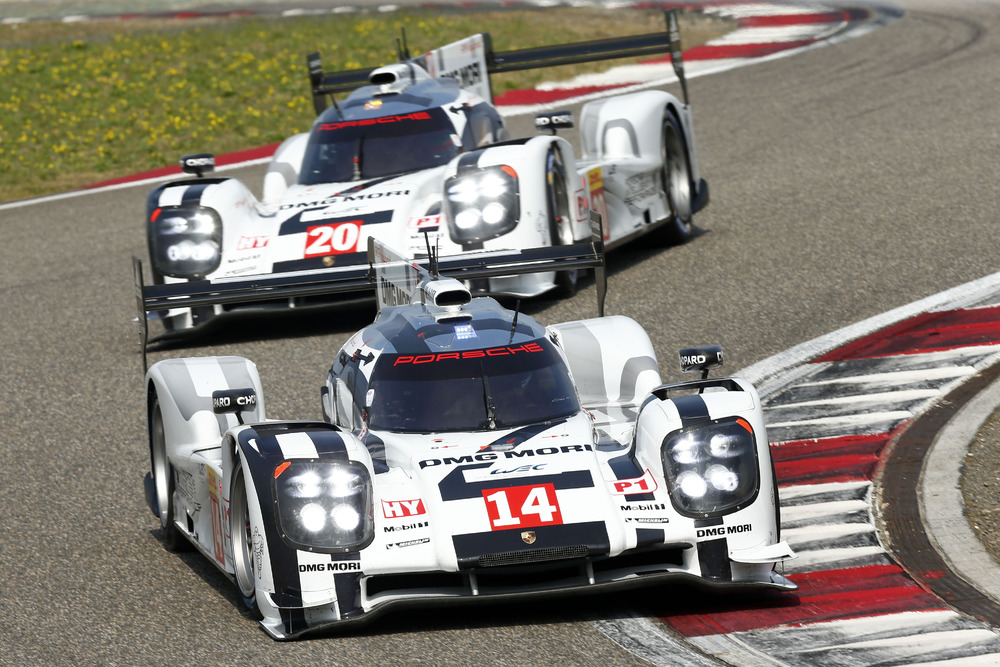 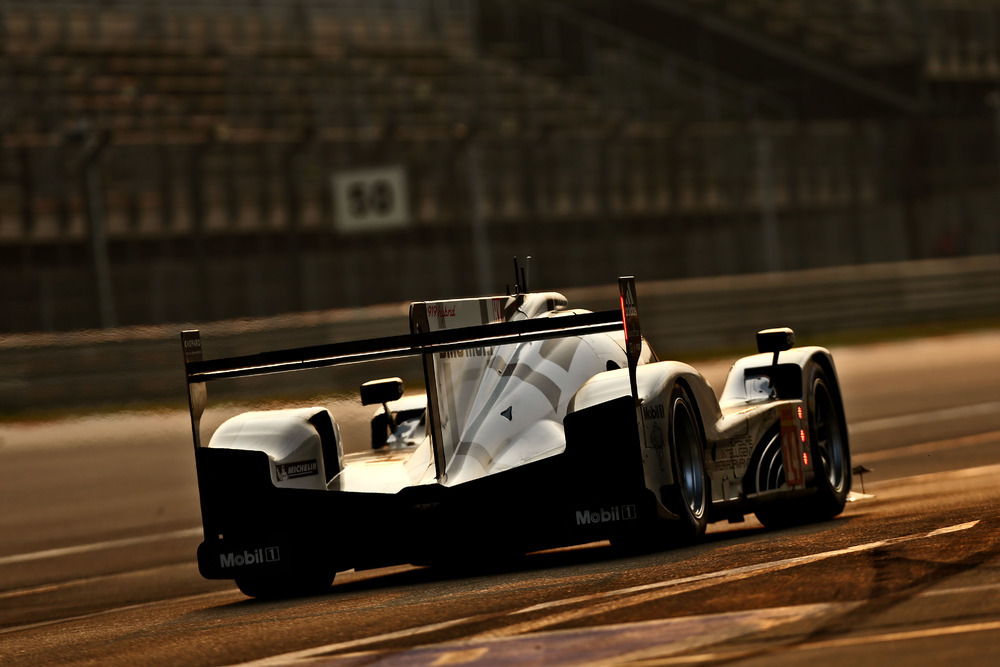 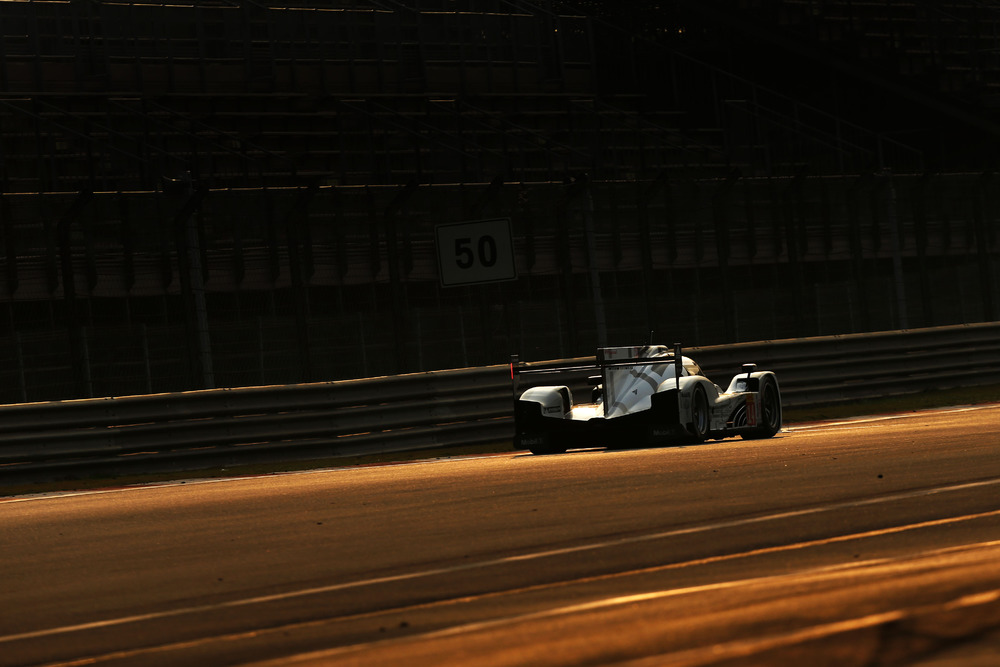 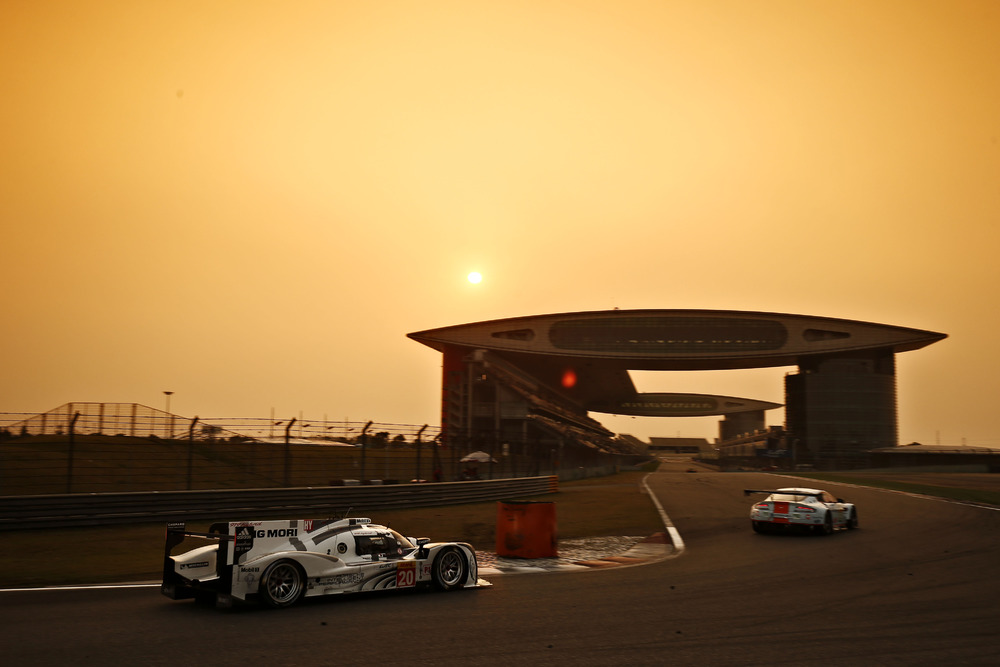 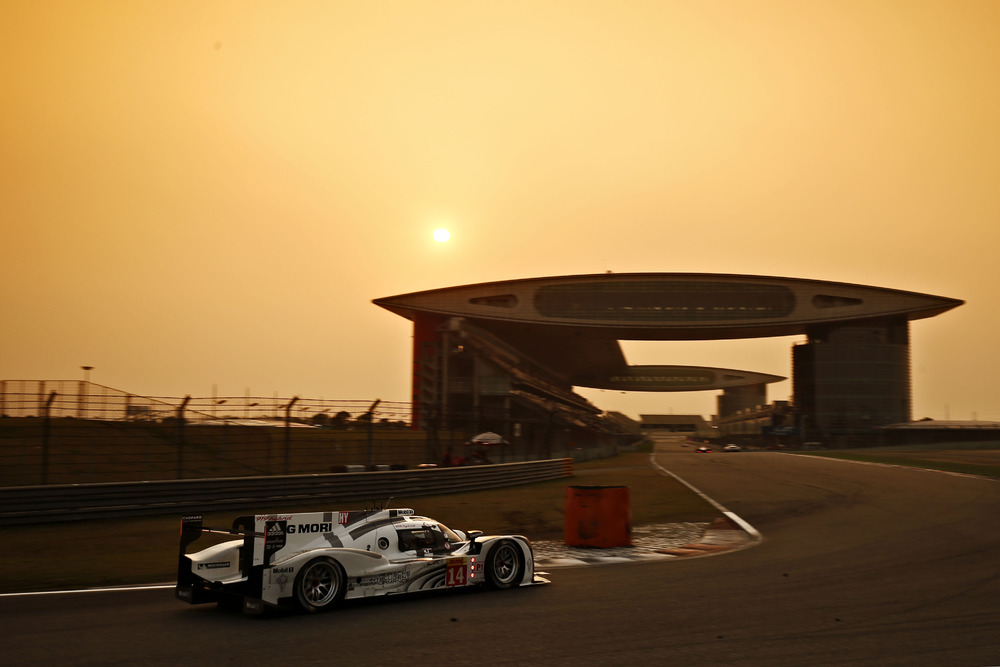 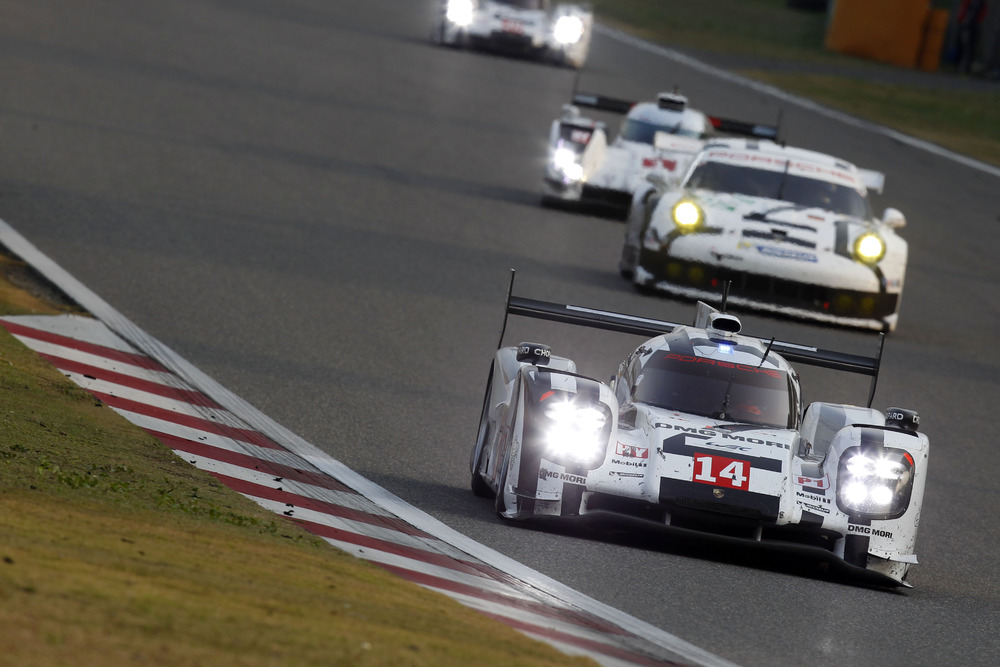 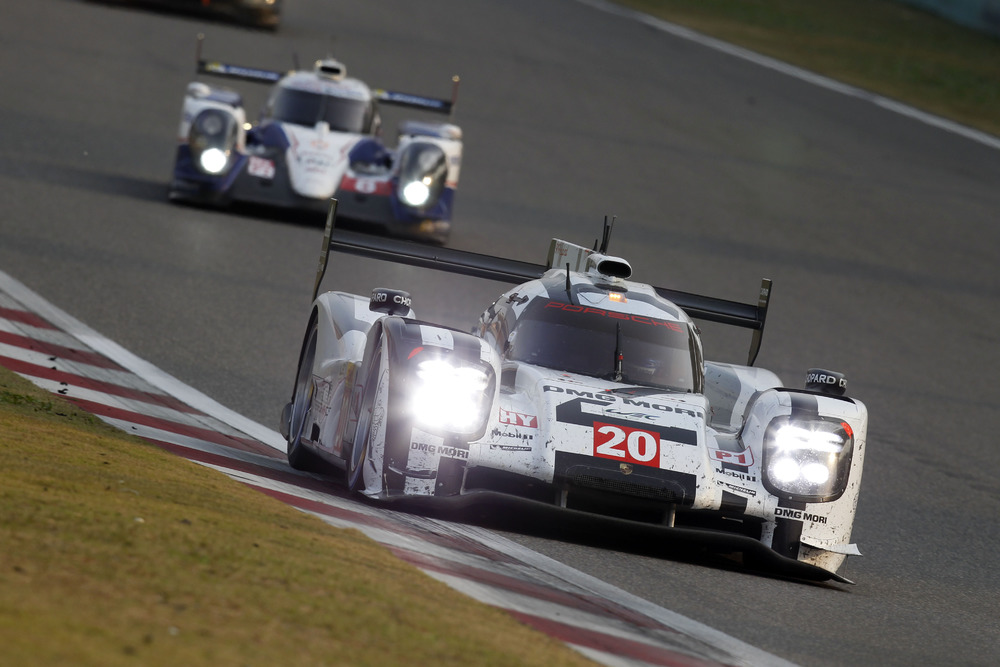 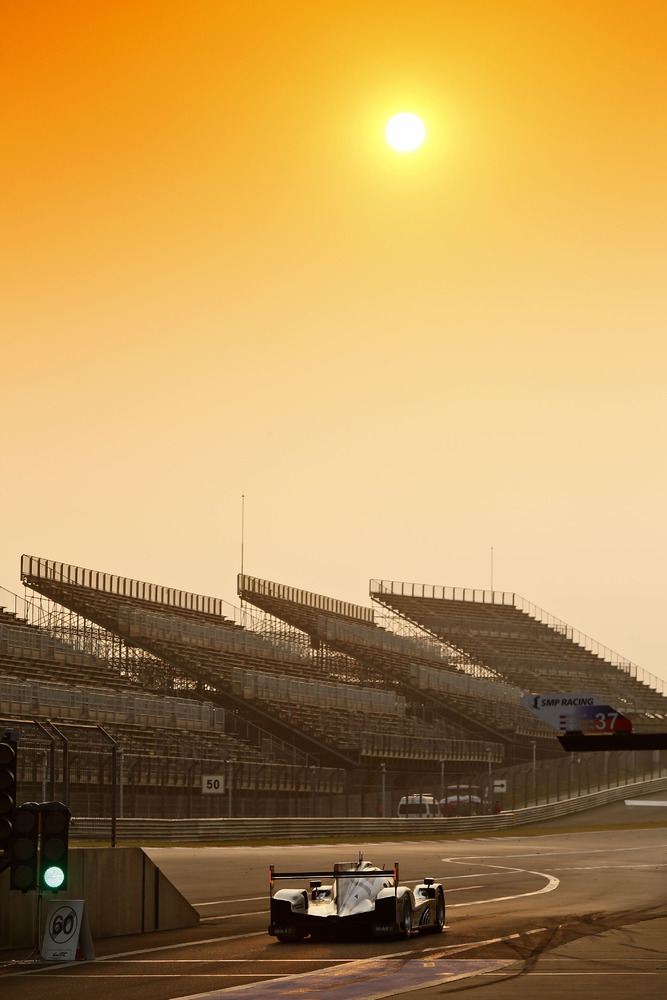 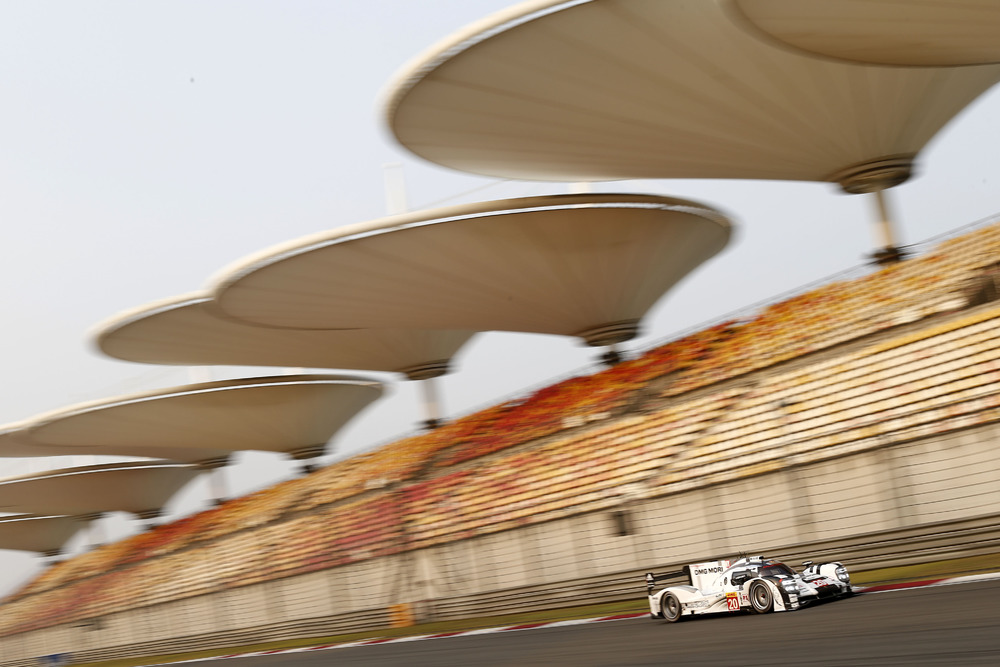 Stuttgart . For the third time the 919 Hybrid has finished an FIA World Endurance Championship (WEC) race on the podium. Round six in Shanghai saw Romain Dumas/Neel Jani/Marc Lieb start from pole position and finish the six-hour race in third place. The sister car of Timo Bernhard/Brendon Hartley/Mark Webber came home sixth after a damaged tyre on lap 33 cost them a lot of time. Until then the two innovative 919 Hybrids had been lying one-two in the race.

How the race went for car number 14:
Romain Dumas started from pole position and was leading the race for 21 laps before the sister car took over. Dumas had stayed out during the early safety car period (lap 1 until the end of lap 8) and came in for fuel and tyres after 33 laps. At the end of lap 64 he handed over the car to Marc Lieb – while in third position behind the strong Toyotas. Lieb continued in third, came in for fuel and tyres after 95 laps and handed over to Neel Jani at the end of lap 126. Jani pitted one more time for tyres and fuel after 158 laps, and then brought the car home in third.

How the race went for car number 20:
Brendon Hartley started third on the grid and improved to second when a Toyota pitted during an early safety car period. On lap 22 he successfully passed Dumas in the sister car and was leading until his first pit stop after 33 laps. However, only one lap later he had a puncture, the tyre came off the rim and he had to limp back to the pits. He dropped down to sixth. After 66 laps Timo Bernhard took over the car. He came in for fuel and tyres after 97 laps and handed the car over to Mark Webber at the end of lap 128. After lap 159 the 919 Hybrid with Webber driving came in for the final pit stop for fuel and tyres and remained sixth until the finish line.

Wolfgang Hatz, Member of the Board, Research and Development, AG: “The weekend ended with a podium finish for our prototype in the LMP1 class and a one-two for the 911 RSR in the GTE category. Of course, it is a shame we had that puncture on car number 20, and the damaged tyre unfortunately dropped us back one lap. Nevertheless: pole position and a podium in LMP1 and a one-two in GT made it a very good weekend.”

Fritz Enzinger, Vice President LMP1: “I think it is surprising: Here in Shanghai we have achieved our second pole position and the third podium finish in what was only our sixth race in our first season. After a difficult start to the weekend, the team managed a great qualifying and exploited the car’s potential in the race.”

Andreas Seidl, Team Principal: “A pole position and a podium on the same weekend is a new achievement for us, and it is good to see the number 14 car’s crew up there for the first time after they have been unlucky a few times. Bad luck today struck car number 20. Without that puncture we would have come third and fourth. The good result is a bit surprising because we were fighting a lack of grip from the tyres here right from the beginning. It is remarkable that our team still found such a good car set-up so that we were able to achieve P3 on our own merits. Also it is positive that again we didn’t have any technical problems. Congratulations to Toyota for another one-two result – this is the current benchmark.”

Drivers 919 Hybrid number 14
Romain Dumas (36, France): “My stint was great. I had a good start and was able to stay in P1 for the first 21 laps. Later I couldn’t do a lot more but was able to keep in third place. The car was running well in the beginning and I was leading from my teammate Brendon, although he was on different tyres because we wanted to evaluate the differences. The car was working very well, but towards the end of the stint we were lacking performance, especially in medium speed corners like in the second sector. However, we succeeded in minimising this problem and the others couldn’t overtake us because we are so quick on the straights.”

Neel Jani (30, Switzerland): “I am very happy we finally managed to get on that podium after it had seemed to be within reach several times. In the beginning I had to fight understeer, but then the car’s balance recovered and I was able to defend against the Audi. At the very end of the race it was all about bringing the car home safely in P3 without taking too much of a risk, and this luckily worked out.”

Marc Lieb (34, Germany): ”I did the middle stints and I’m quite satisfied. It went well and the lap times were quite consistent. I managed to maintain the gap to the Audis and didn’t lose time to the Toyotas. I even came a little bit closer, but they’re just too quick for us to be able to get them.“

Drivers 919 Hybrid number 20
Timo Bernhard (33, Germany): “The middle stints I did went fine, I had no noteworthy problems, and for sure we’ve learnt a lot for 2015. Twice I struggled with the traffic when lapping other cars, but our major problem obviously was the puncture. It caused us to drop back to sixth and this was really a shame. Otherwise for sure we would have been fighting for another podium.”

Brendon Hartley (24, New Zealand): “It was a pretty good start to the race, nice and clean in the first few laps. Romain and I stayed out during the safety car period. Afterwards we had a nice little battle, which was fun. The car felt great. Unfortunately, right after the first stop we had a puncture – it must have been debris on the track. This was very unlucky as we lost quite a lot of time.”

Mark Webber (38, Australia): ”We had a lot of catching up to do today and in the end it was just too much for us to gain a better position. It was bad luck that Brendon had that puncture and, furthermore, that it happened in the beginning of the lap so he had a lot of slow driving to do to get back to the pits. That really hurt our race, but despite this we were competitive. Brendon and Timo did a great job as did the entire crew. I think this was almost a better team effort than our third place recently in Fuji.