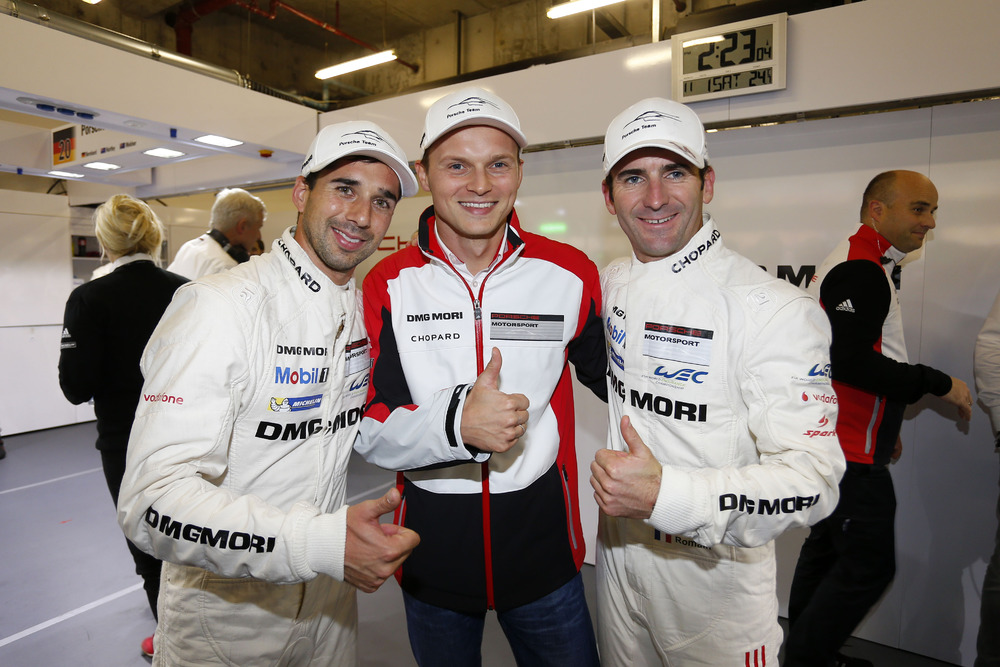 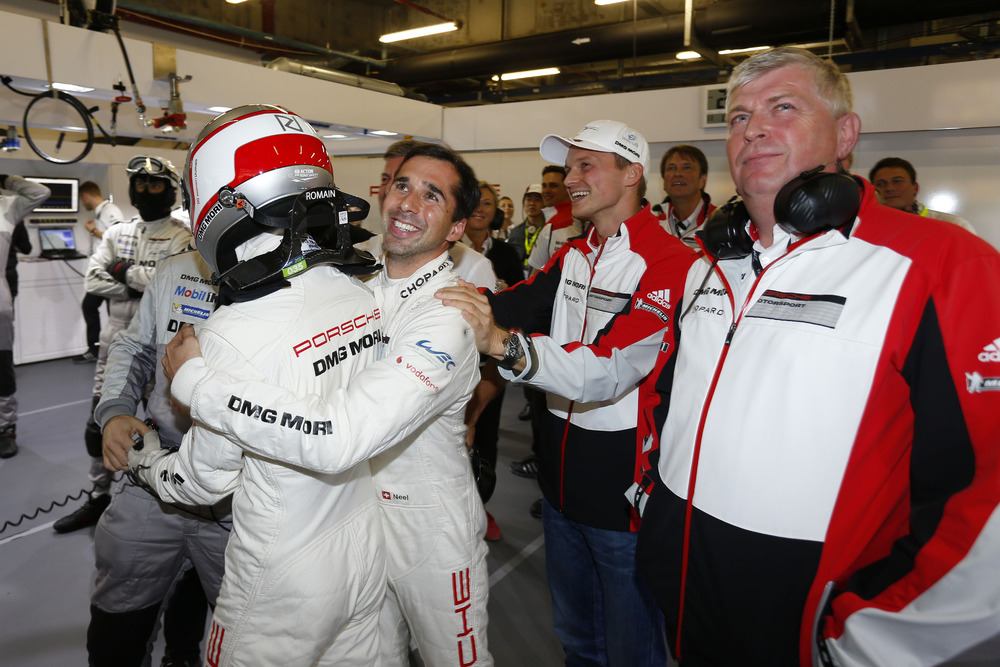 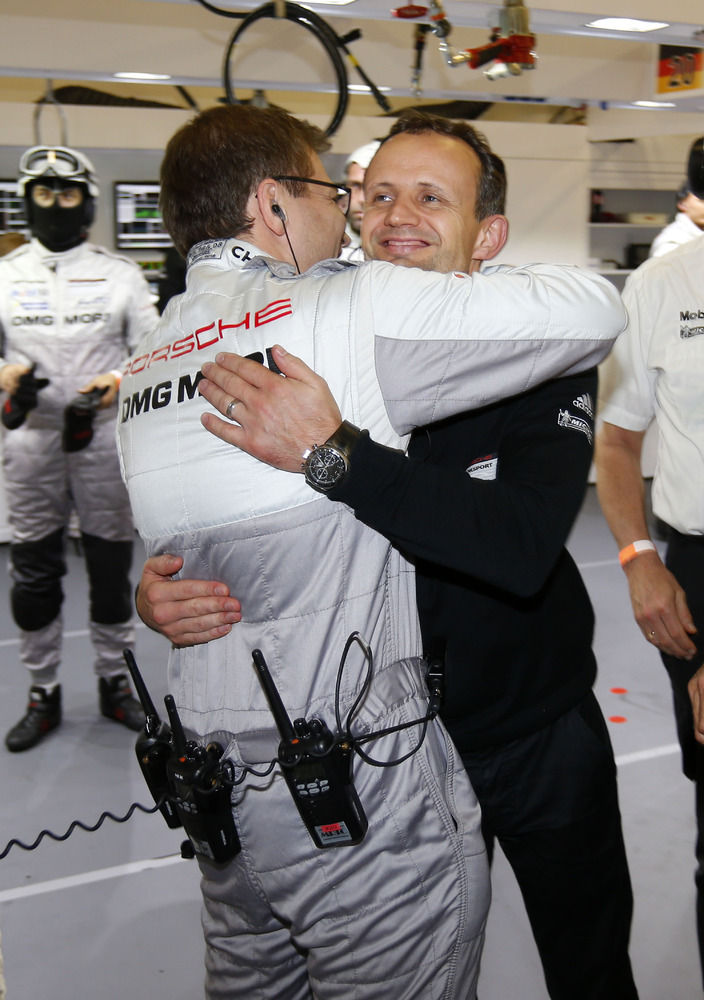 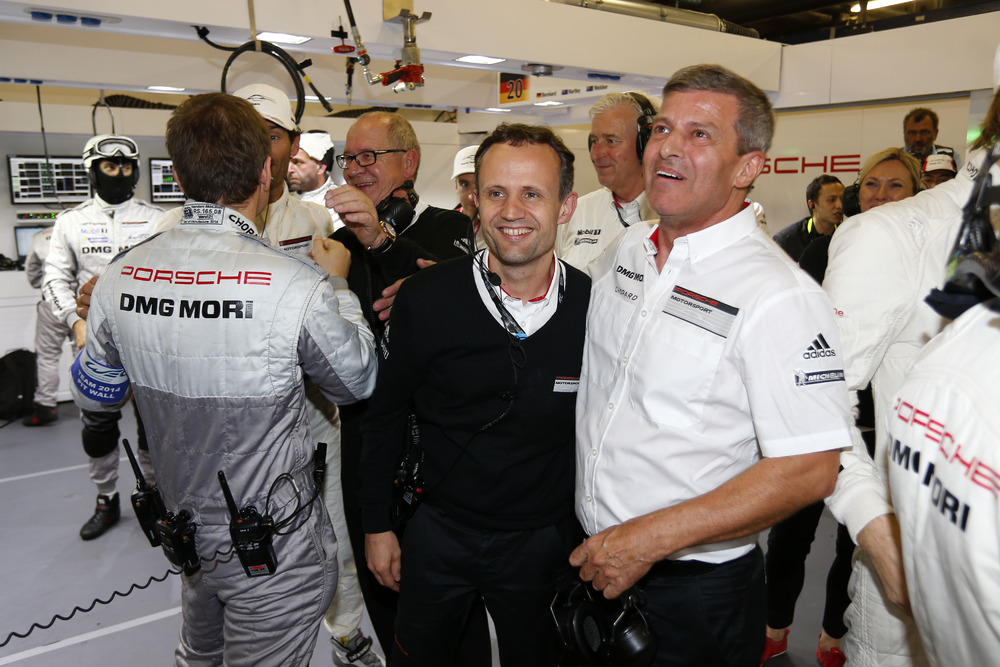 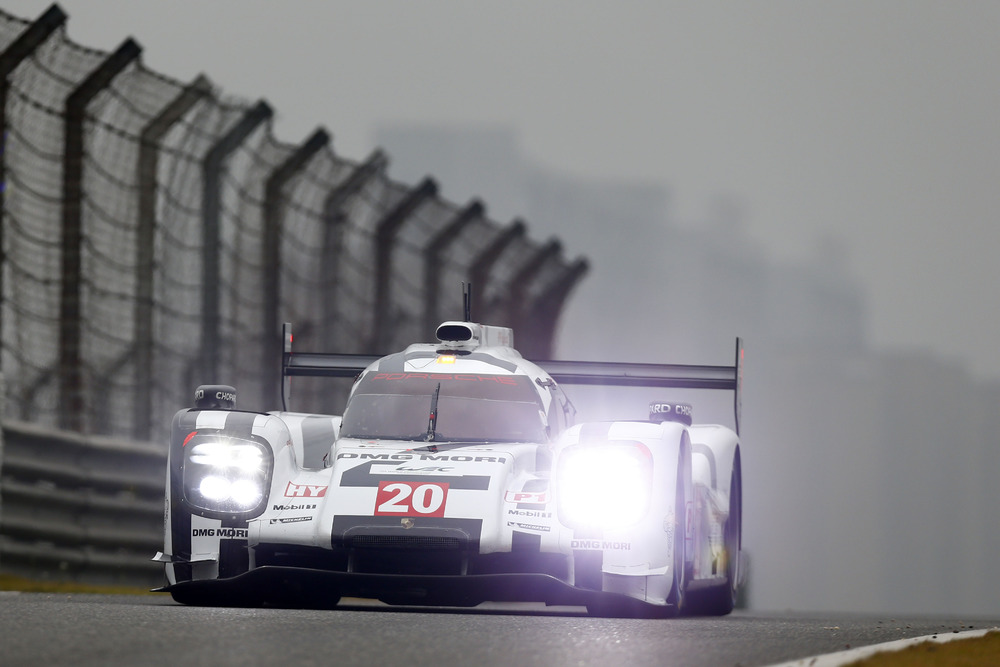 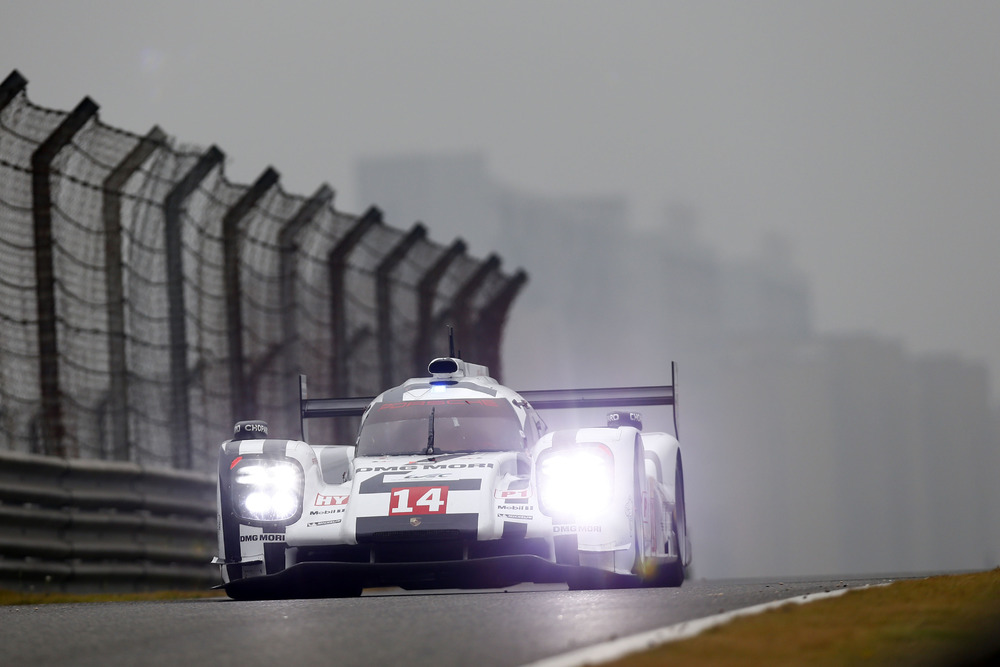 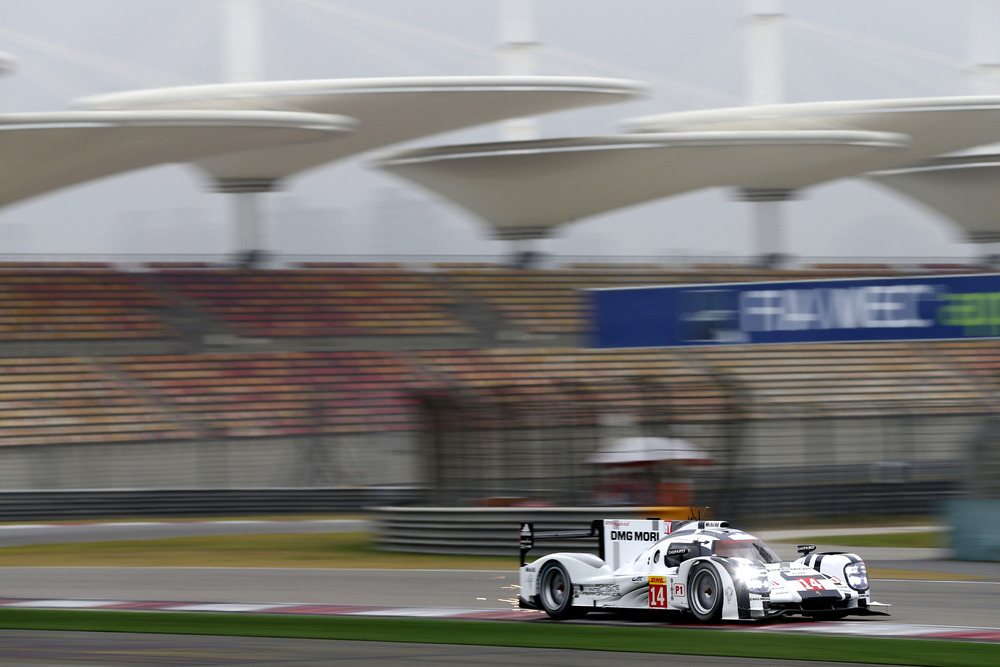 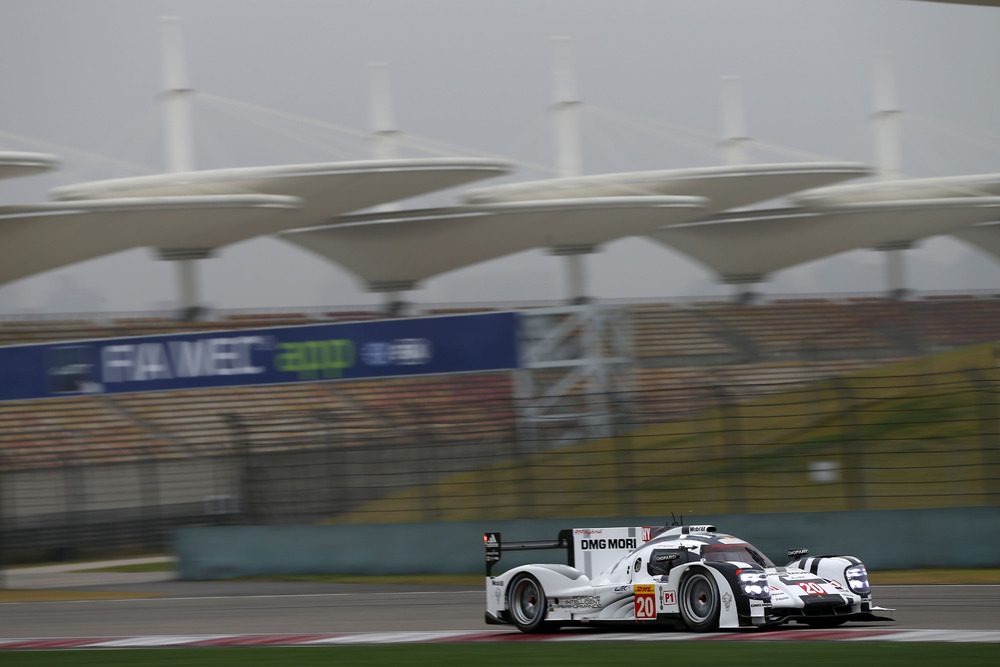 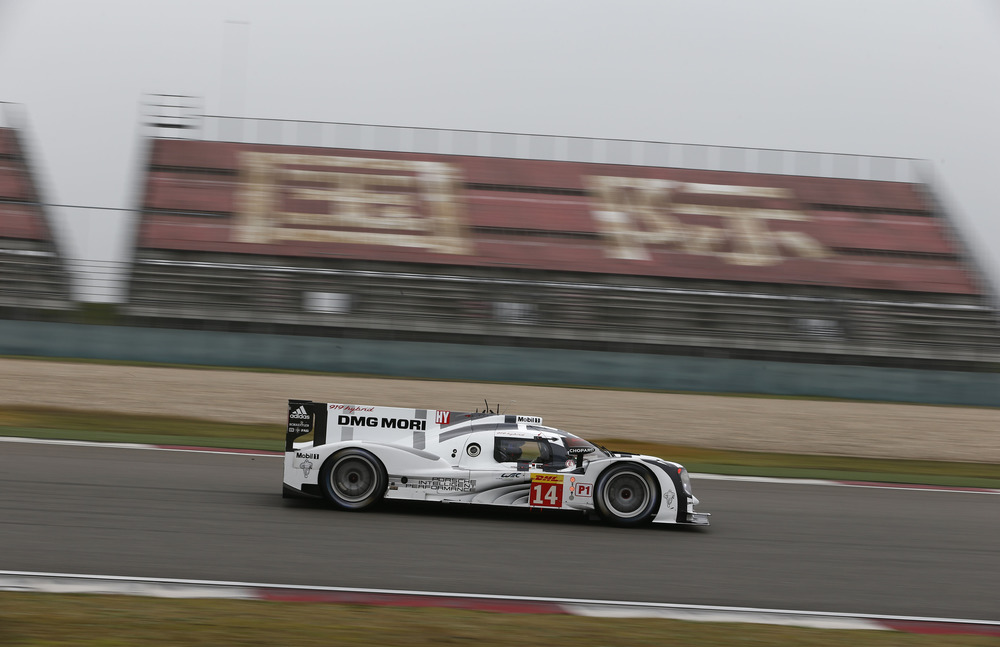 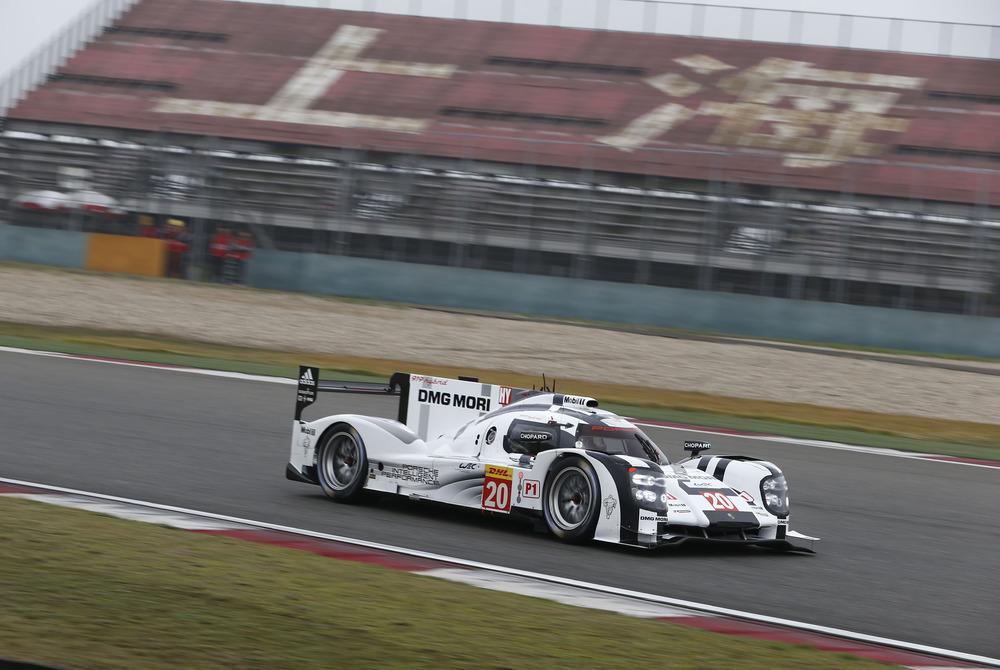 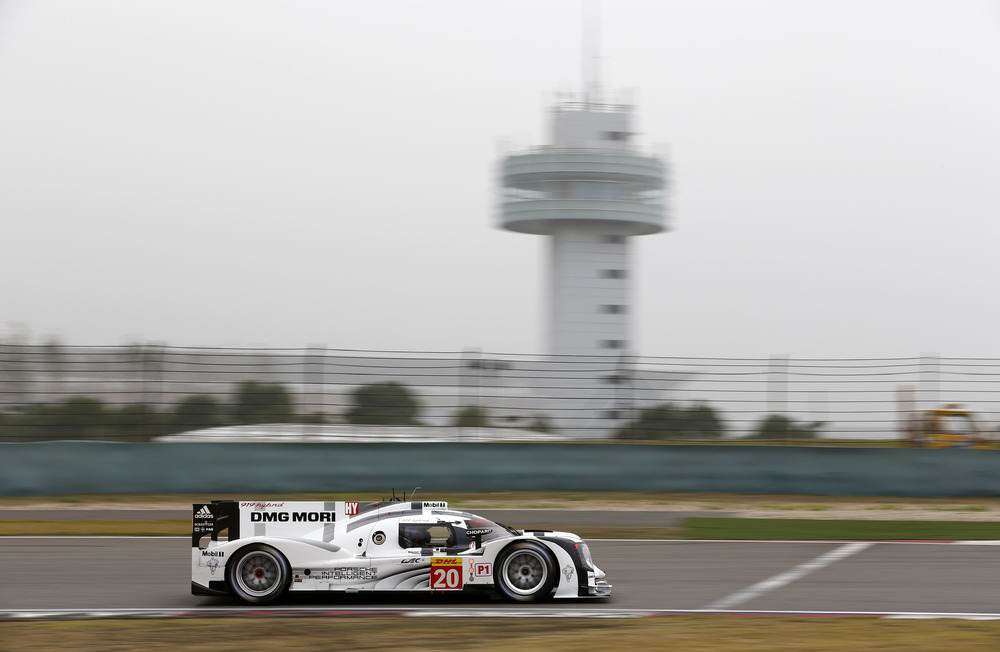 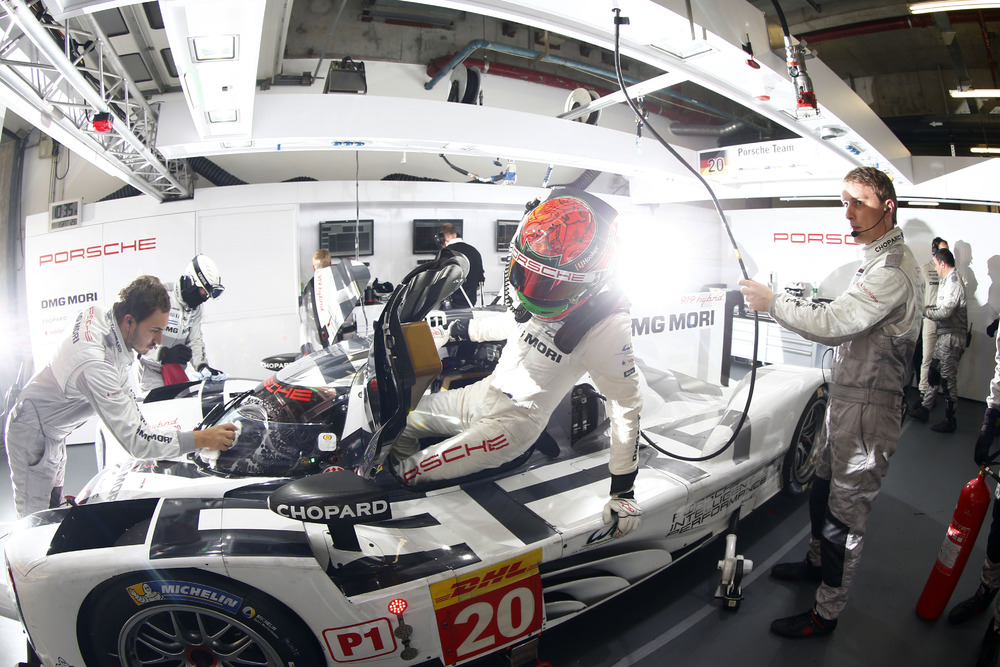 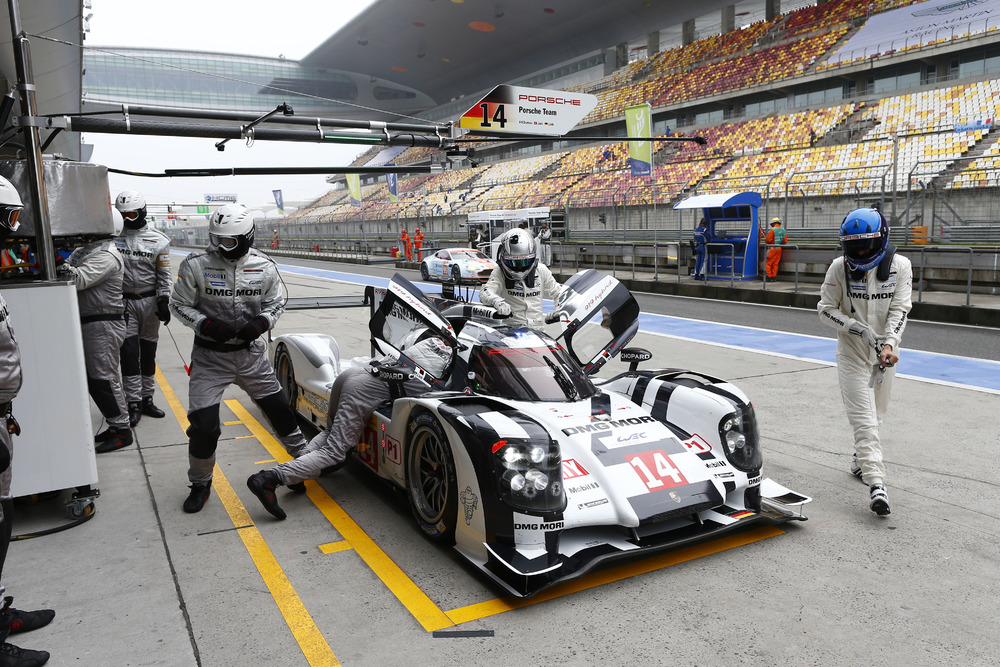 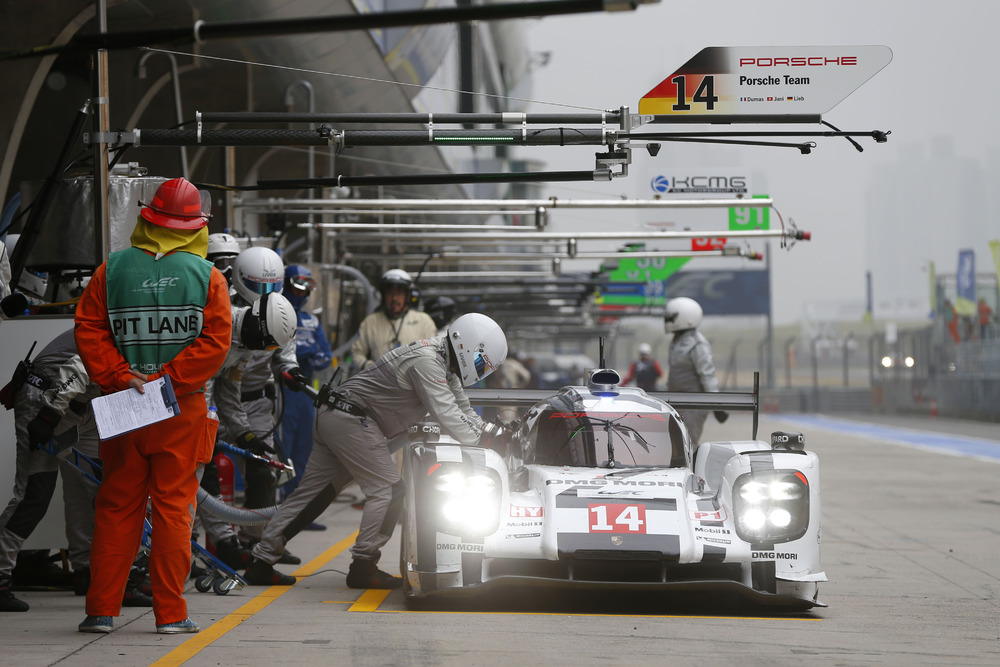 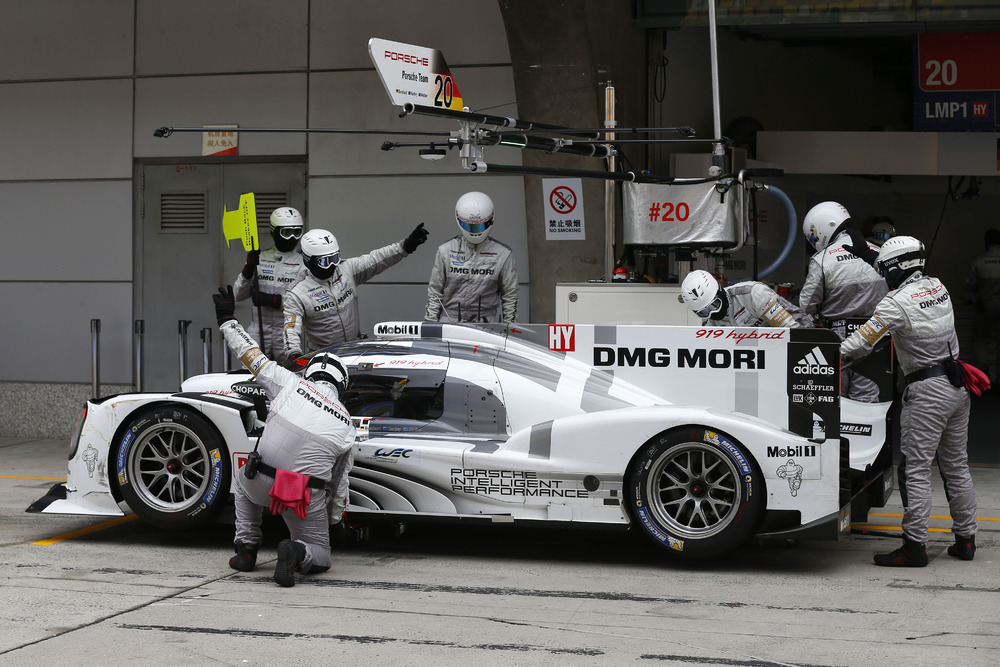 Stuttgart . The two 919 Hybrids will start the six-hour race at Shanghai, China from pole position and third on the grid. After Spa – where round two of the World Championship was held in spring – this is the second pole position for the new and innovative Le Mans Prototype. Also it is the fifth time it will start from the front row in what is only its sixth race. Round six of the FIA World Endurance Championship will get underway at 11am local time on Sunday.

In Shanghai the two drivers sharing qualifying duties were Romain Dumas/Neel Jani in car number 14 and Brendon Hartley/Mark Webber in car number 20. Dumas and Jani achieved pole position with an average lap time of 1:48.300 minutes, which is exactly the same lap time as the second placed Toyota achieved. Hartley/Webber came third in qualifying with the gap to pole position being only 24 thousandths of a second. In WEC qualifying is split into classes and two drivers from each car have to do at least two timed laps each. The averages from the four best lap times determine the grid positions.

After changing weather conditions on Friday, for free practice three on Saturday morning the track was only slightly damp in the beginning, but then completely dry at the end. When preparing for qualifying, the number 20 car with Brendon Hartley and Mark Webber was fastest overall with a lap of 1:48.173 minutes. The sister number 14 car of Romain Dumas, Neel Jani and Marc Lieb came fifth (1:49.751 min) in free practice three.
Quotes from qualifying:

Wolfgang Hatz, Member of the Board, Research and Development, AG: “It is almost unbelievable that the average time from four laps set by two different cars resulted in exactly the same three digit time. For us P1 and P3 is a fantastic result and we’re very much looking forward to tomorrow’s race.”

Fritz Enzinger, Vice President LMP1: “It is a great achievement after a difficult Friday. Three of our six drivers didn’t know the track before, we had a battery change in the first session, changing weather conditions, very little running in the dry – not easy at all. It was good to have a dry qualifying, as it is also forecast to be dry for the race. Now we have to focus on our race performance and try to bring both cars home with hopefully one crew on the podium.”

Andreas Seidl, Team Principal: “A big thank you to the entire team. Today’s pole position is well deserved after two days of hard work here. Indeed we had a difficult Friday, but the drivers and engineers managed to improve the car a lot overnight. This became obvious for the first time in free practice this morning when we were up to speed. In qualifying we transferred this errorless performance into an excellent result – remarkably by doing only the minimum number of laps required by the rules. Nevertheless, the race will be on for six hours and we expect high tyre wear over the distance. It will be exciting to see what’s within reach tomorrow.”

Drivers 919 Hybrid number 14
Neel Jani (30, Switzerland): “I am super happy! Especially when considering the circumstances which led to this lap time. We’ve had a difficult Friday and then yellow flags in the third session this morning – before qualifying I didn’t do a single clear lap on new tyres. But, nevertheless, the team managed to improve the car every session. Tomorrow’s race is gonna be a different story, but for today we can be really happy.”

Romain Dumas (36, France): ”This is a very nice success for us. We didn’t have perfect practice sessions at all. The first one we almost missed completely because of a battery change. But we were able to learn from the sister car and improved step by step. We now have a good balance for the car.”

Drivers 919 Hybrid number 20
Brendon Hartley (24, New Zealand): “The top three cars in qualifying are only divided by 24 thousandths of a second – this competition is crazy. My first flying lap could have been a fraction better, but the second lap was very good. It was really a good job from everyone today.”

Mark Webber (38, Australia): ”Today’s qualifying was a super tight competition for all of us and I really enjoyed it. The 919 is great to drive. My first lap was good, but the second one not quite as good. But overall we did our best here. In the long race tomorrow the tyres will play a crucial role, as on long distances we’re not that strong compared to the others. Whatever the result will be: I am looking forward to the race.”