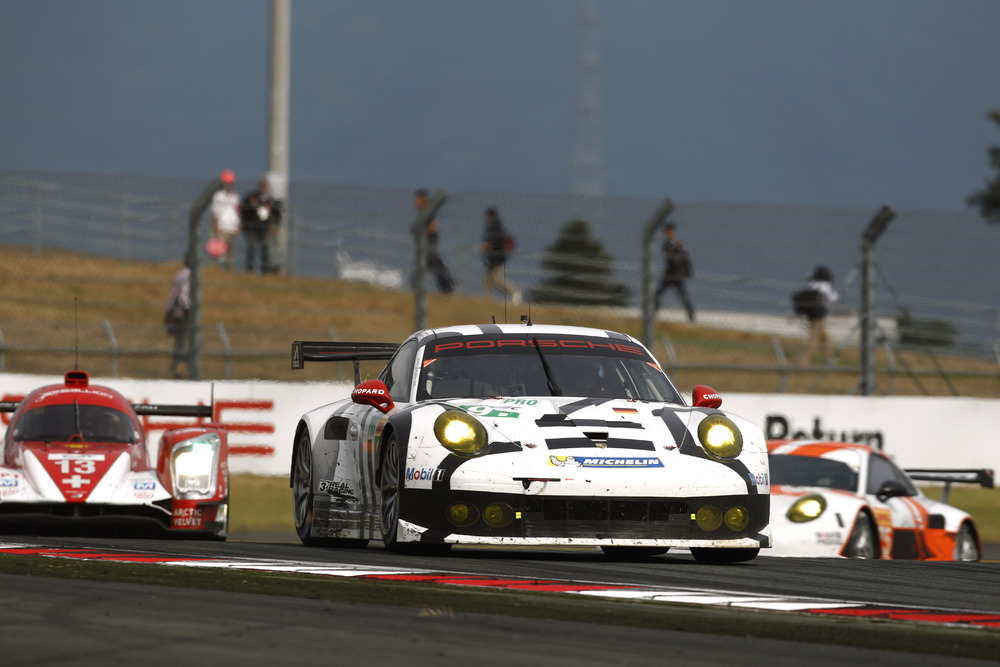 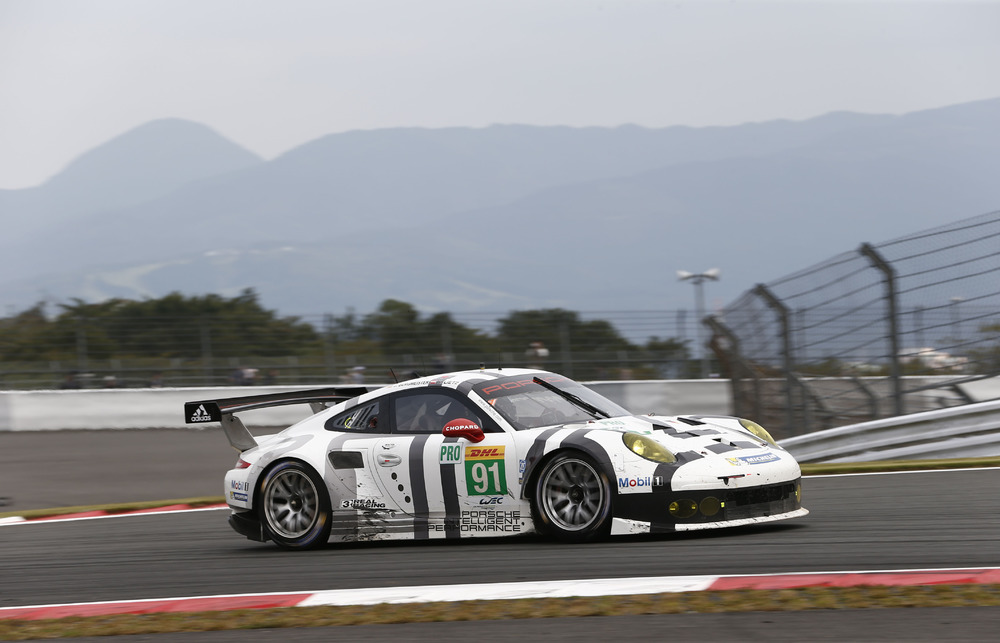 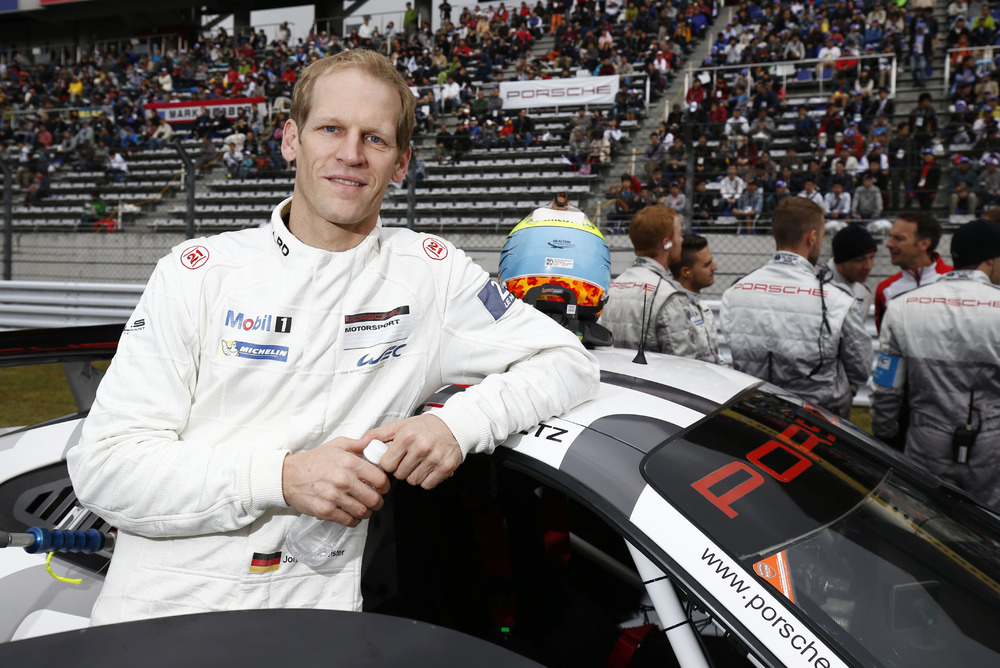 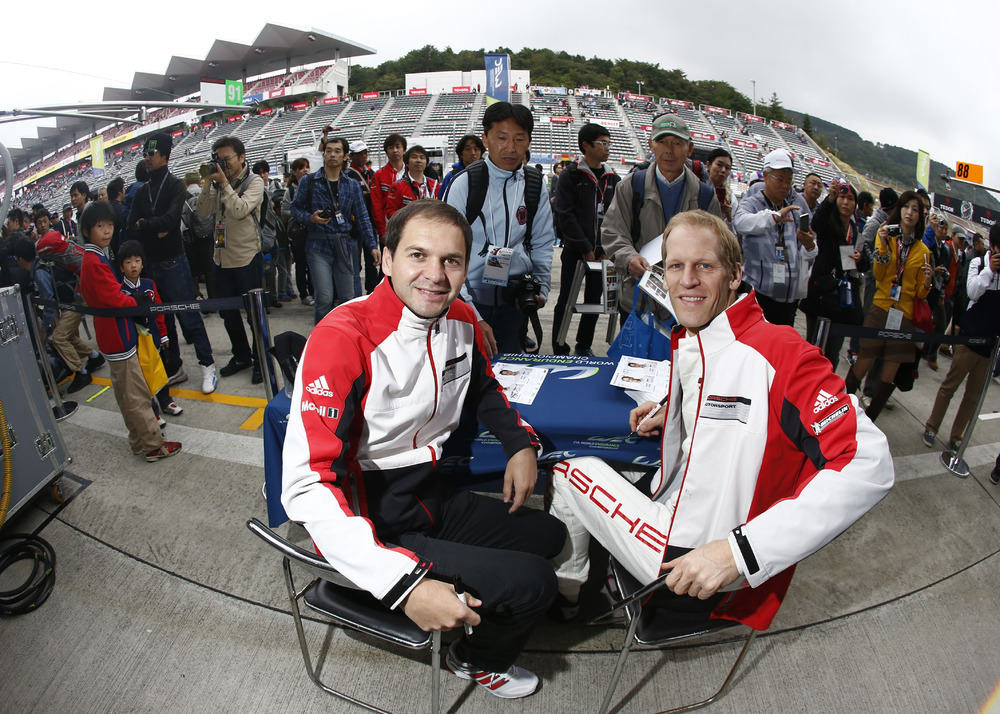 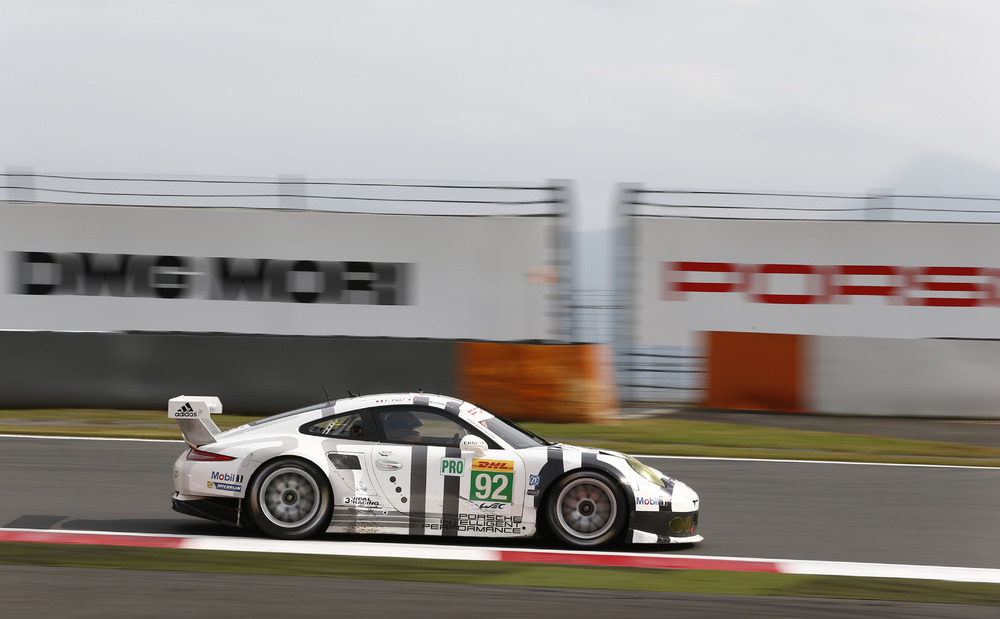 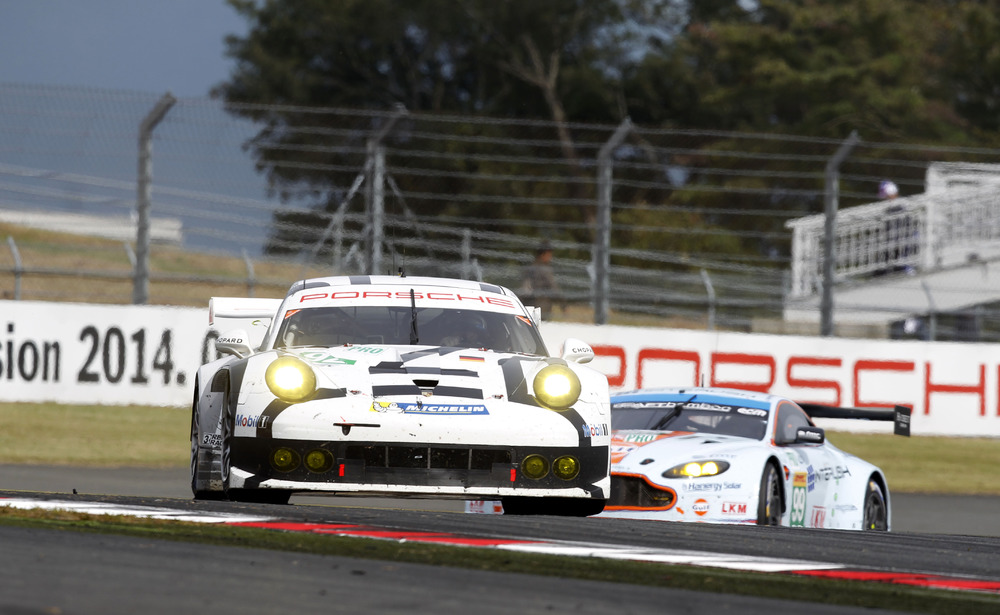 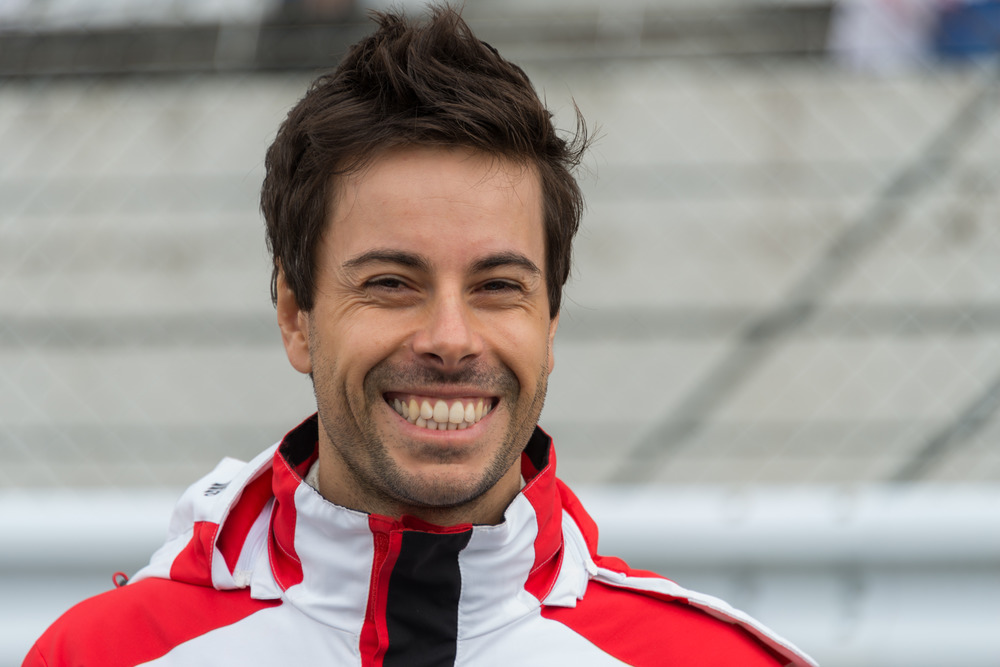 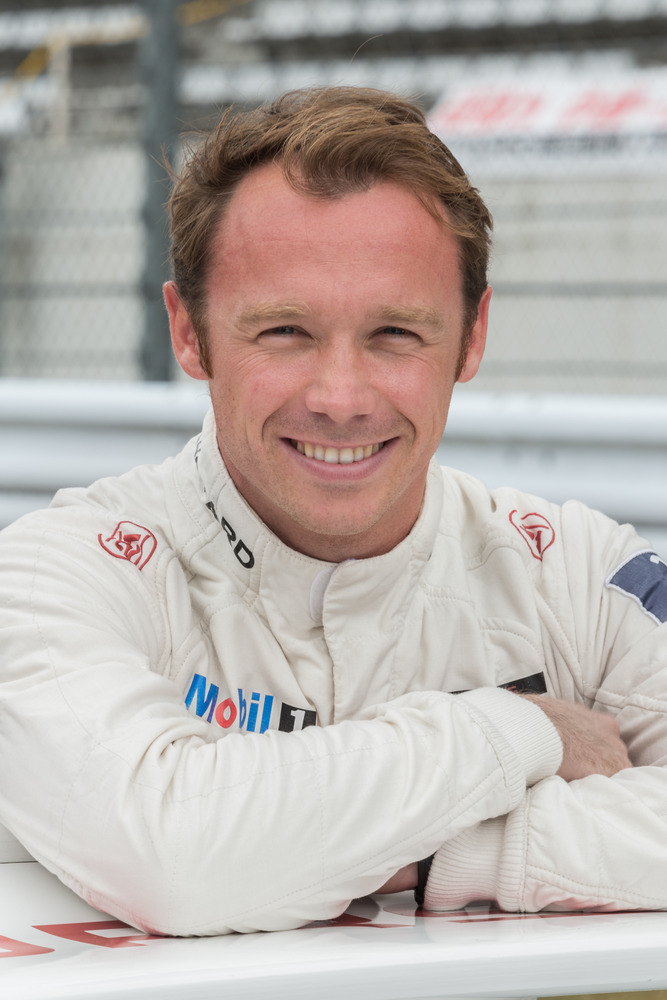 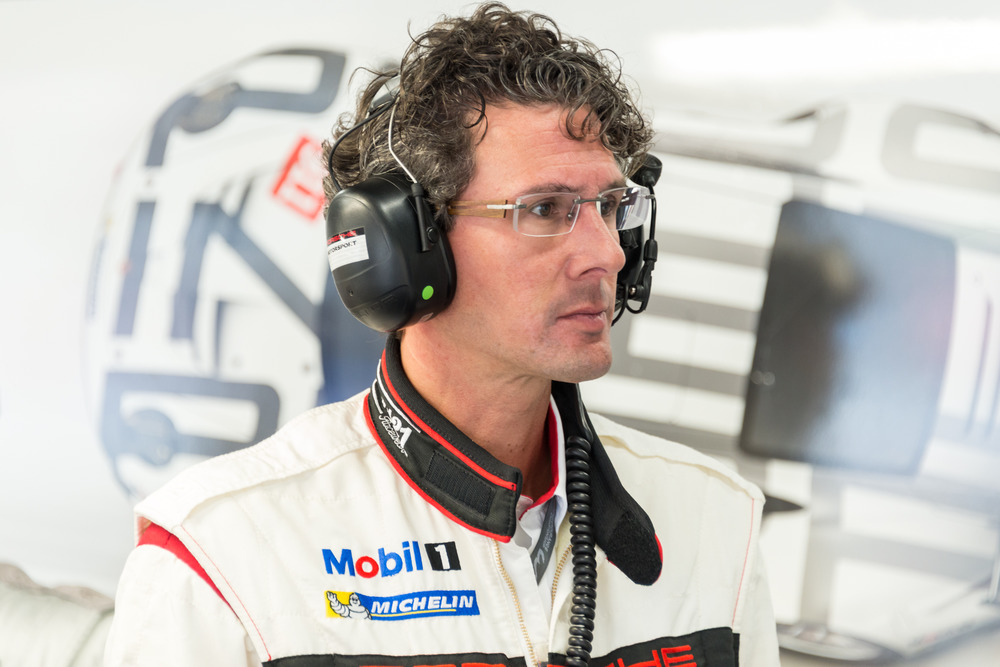 Stuttgart. Turning on to the finish straight of the season, the Sports Car World Endurance Championship WEC calendar picks up the pace for the final spurt. The final three six-hour races are contested within four weeks – with the Shanghai International Circuit hosting the first of these on 2 November. The Manthey team – winner of the season-opener at Silverstone – is strongly represented in China’s economic powerhouse, fielding a pair of 911 RSR racers in the intensely competitive GTE-Pro class. In the manufacturers’ classification, currently ranks second. After Shanghai, the WEC entourage then heads to Bahrain (15 November) and on to Sao Paulo for the season final on 30 November.

The 911 RSR campaigned in the Sports Car World Endurance Championship is based on the seventh generation of the iconic 911 sports car. At its race debut in 2013, the winning car from Weissach scored an emphatic double victory at the 24 Hours of Le Mans. For 2014, the vehicle received improvements in many areas. The 911 RSR also clinched victories at the long distance classics at Daytona and Sebring before going on to win the WEC season-opener at Silverstone.

The six-hour race on the Shanghai International Circuit takes off on Sunday, 2 November, at 11.00 hrs local time (04.00 hrs CET). TV station Eurosport airs the last 90 minutes of the race live from 08.30 hrs CET.

Dr. Frank-Steffen Walliser, Head of Motorsport: “We performed very well in Fuji recently and the 911 RSR ran without any problems. Still, we were unable to improve our position in the championship. With just three races left, this makes the fight for the title just that much harder. We’re well prepared heading into the final phase of the season. A challenging circuit awaits us at Shanghai, but we believe that our car and our tyres will work very well together there. This makes us very confident that we can go for victory.”

Jörg Bergmeister ( 911 RSR #91): “I’m looking forward to returning to Shanghai. The circuit is very challenging and it’s great fun. has done very well there in the past. At my first race last year I came third, and Richard finished second two years ago. Perhaps this year we can win together.”

Richard Lietz ( 911 RSR #91): “In Fuji it was important for me to see whether my broken arm would be strong enough over the whole race distance. Now I’m looking forward to Shanghai. It will be a key race with focusing on getting ahead in the championship. We have to show that nothing is decided yet and we haven’t written off the manufacturers’ title.”

Frédéric Makowiecki ( 911 RSR #92): “After our bad luck at Fuji where we became entangled in another competitor’s crash in the first corner, we now of course have a great deal to do in Shanghai. I’m convinced that our 911 RSR has good chances there and we can earn points for in the battle for the title.”

Patrick Pilet ( 911 RSR #92): “We had to forget about the Fuji race after the accident at the start, but of course now the pressure is on at Shanghai. We must all do very well in qualifying and then play our strong cards in the race. The track suits us and the 911 RSR is definitely better than last year. This makes me very confident.”