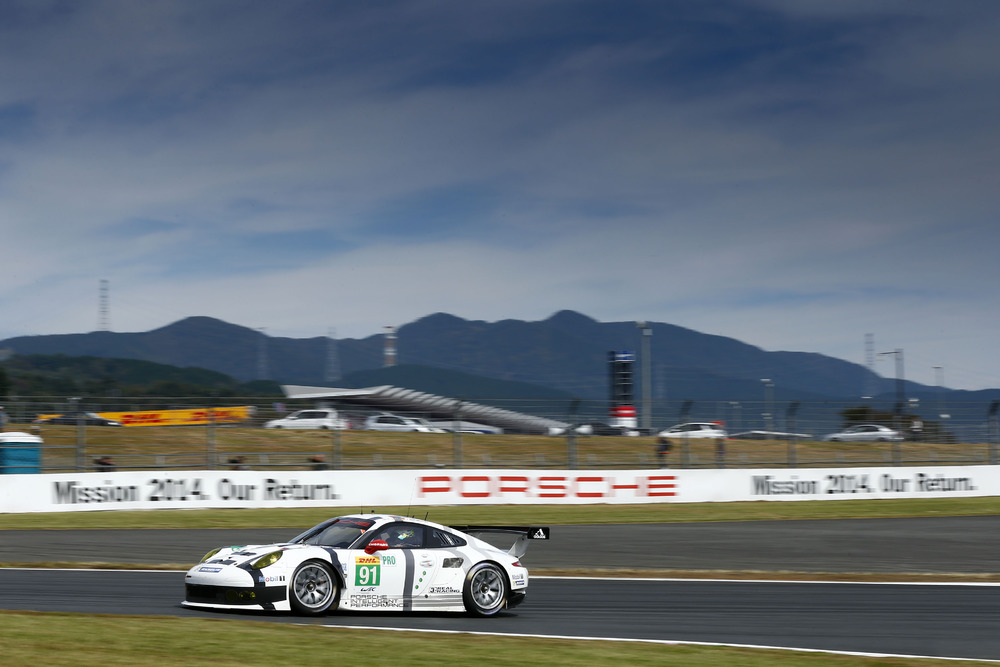 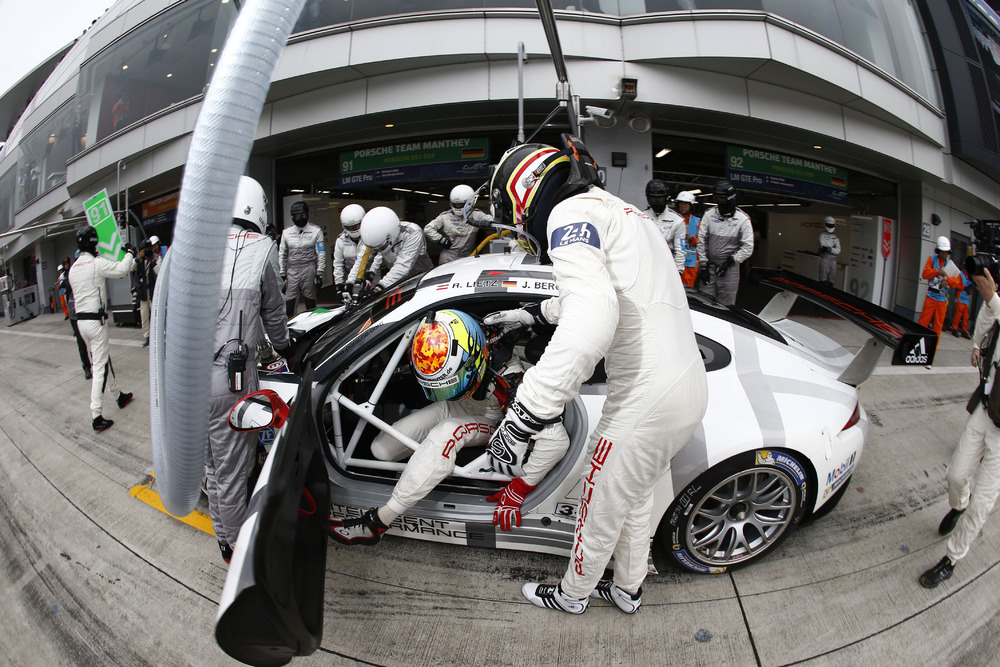 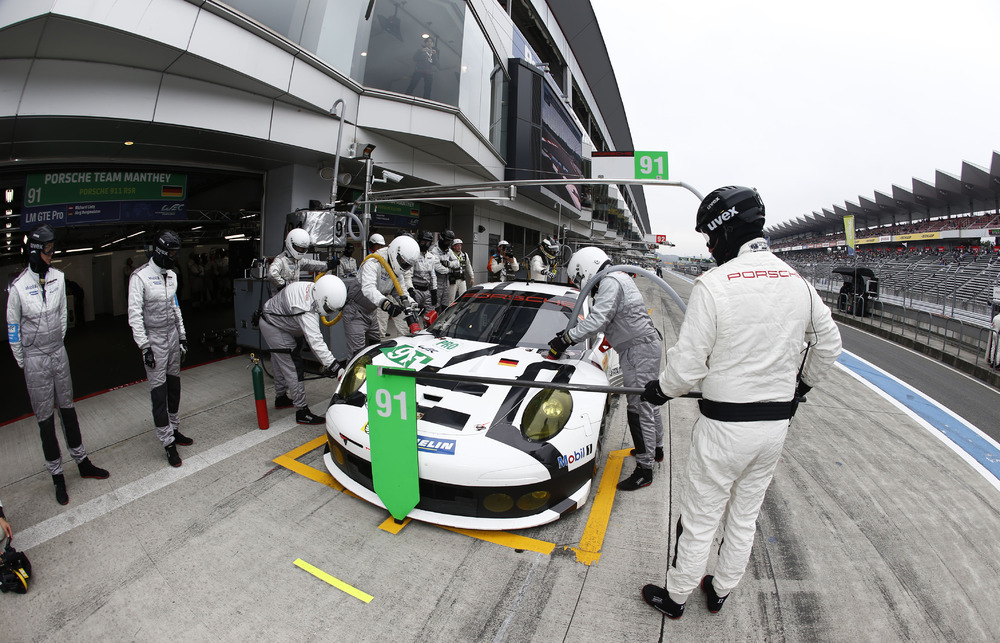 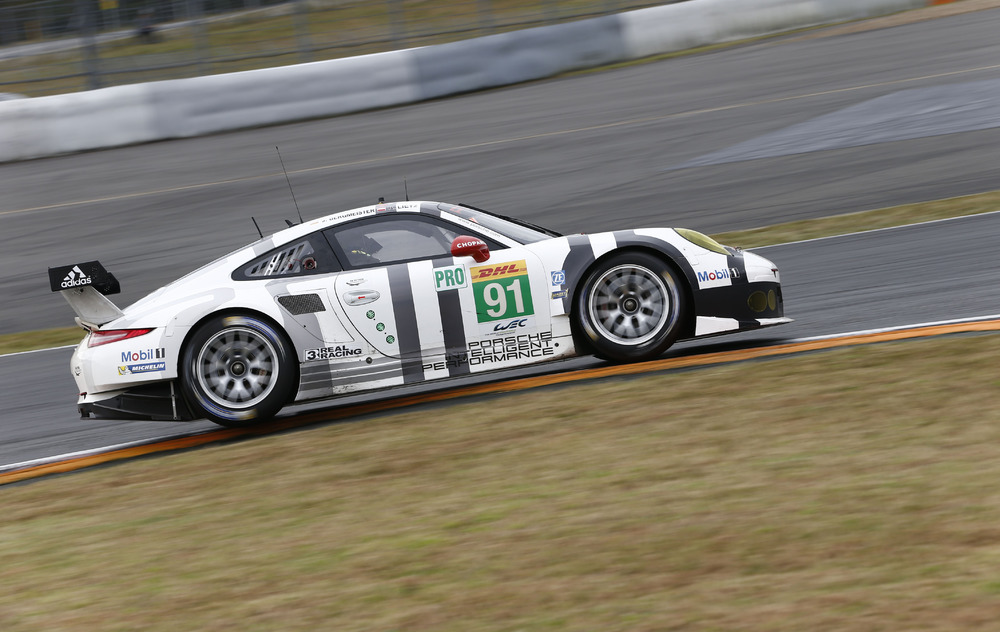 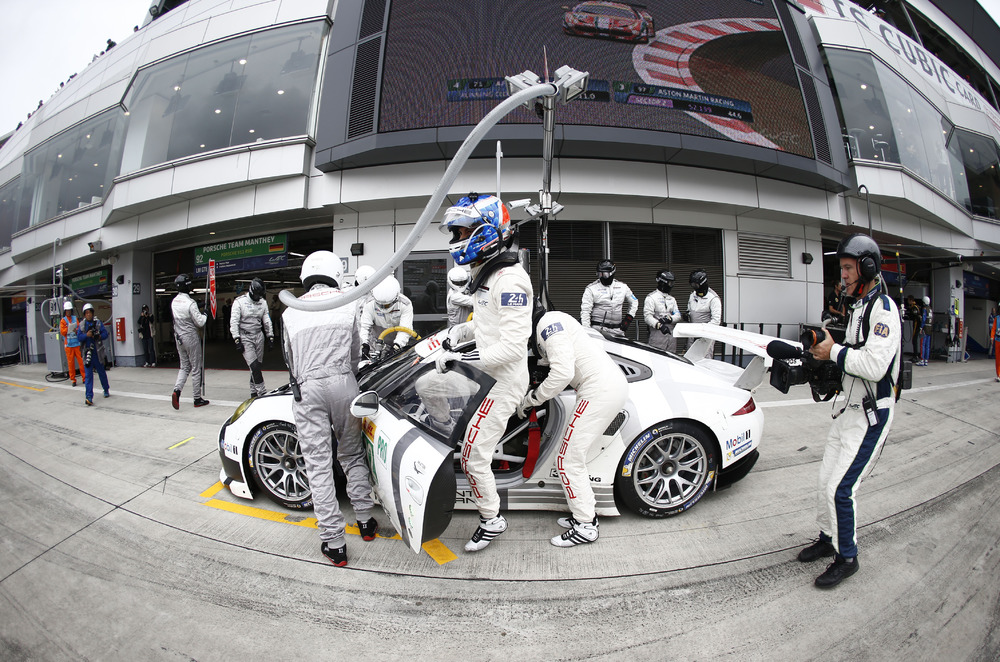 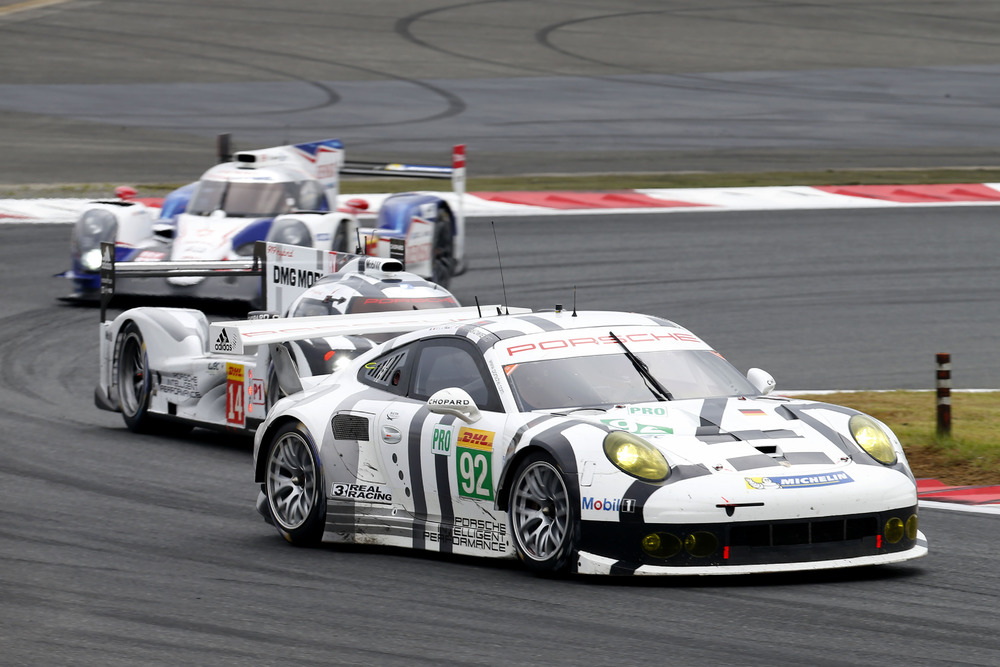 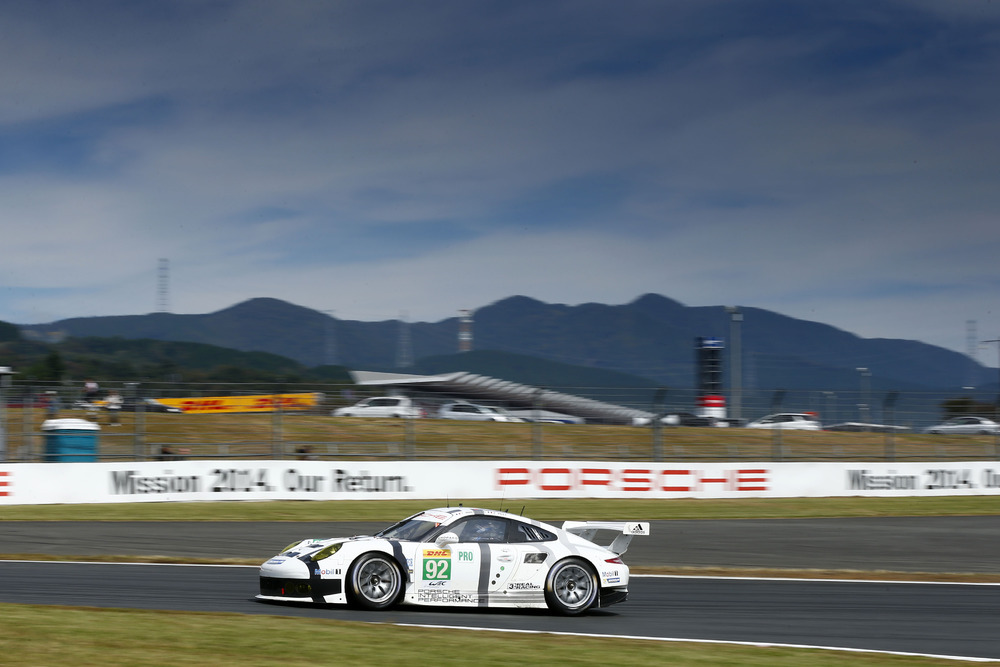 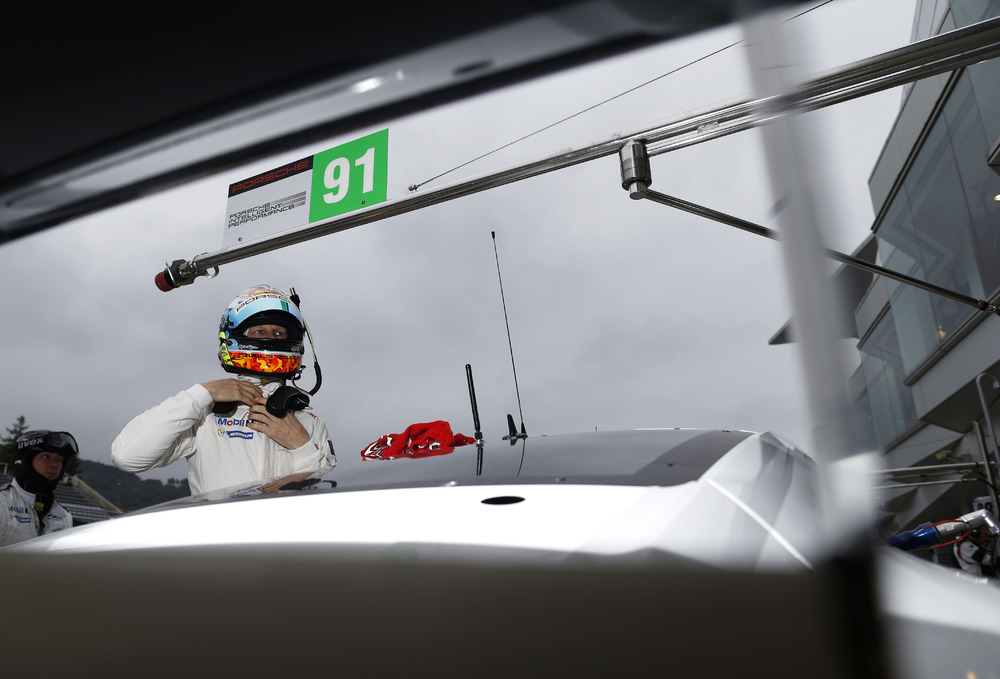 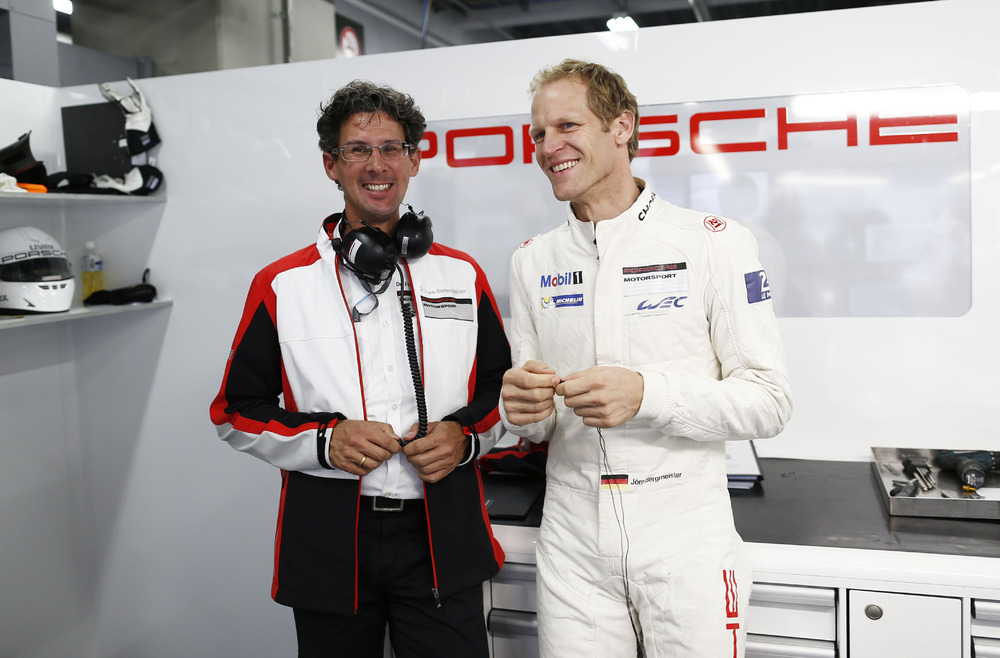 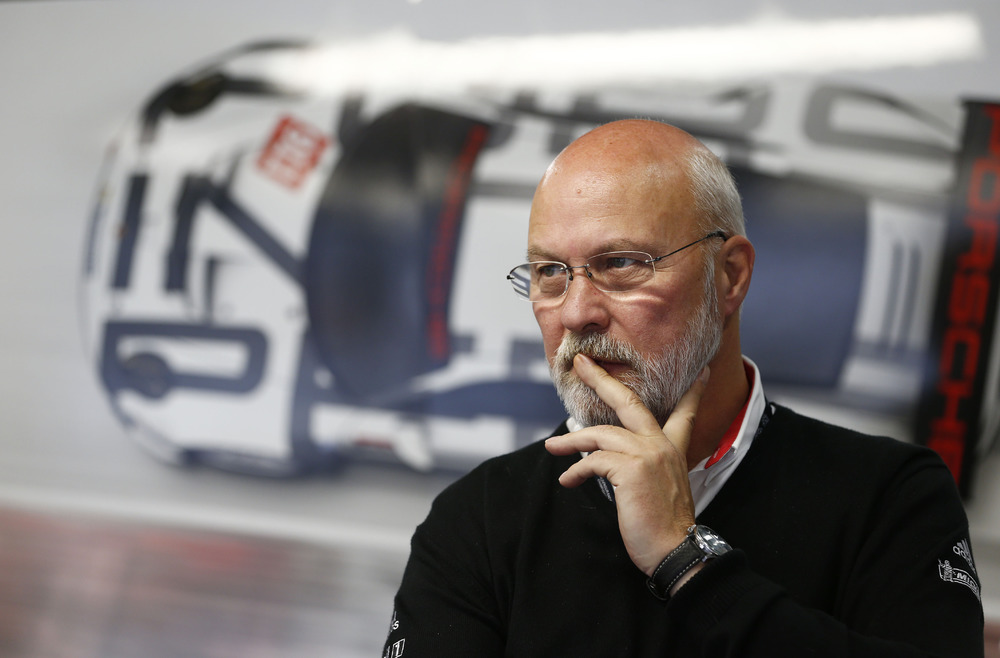 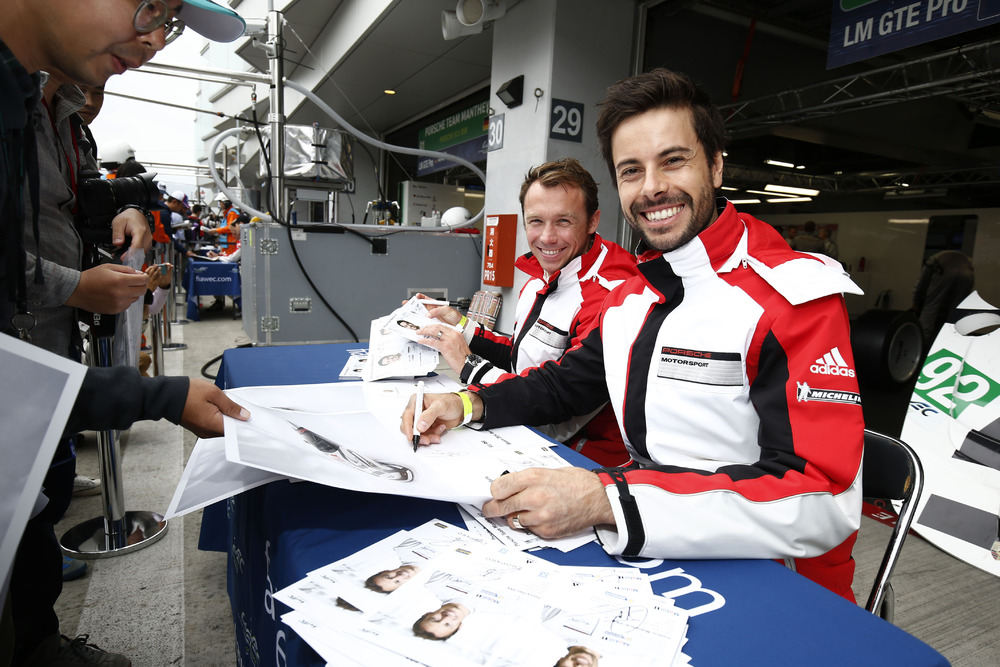 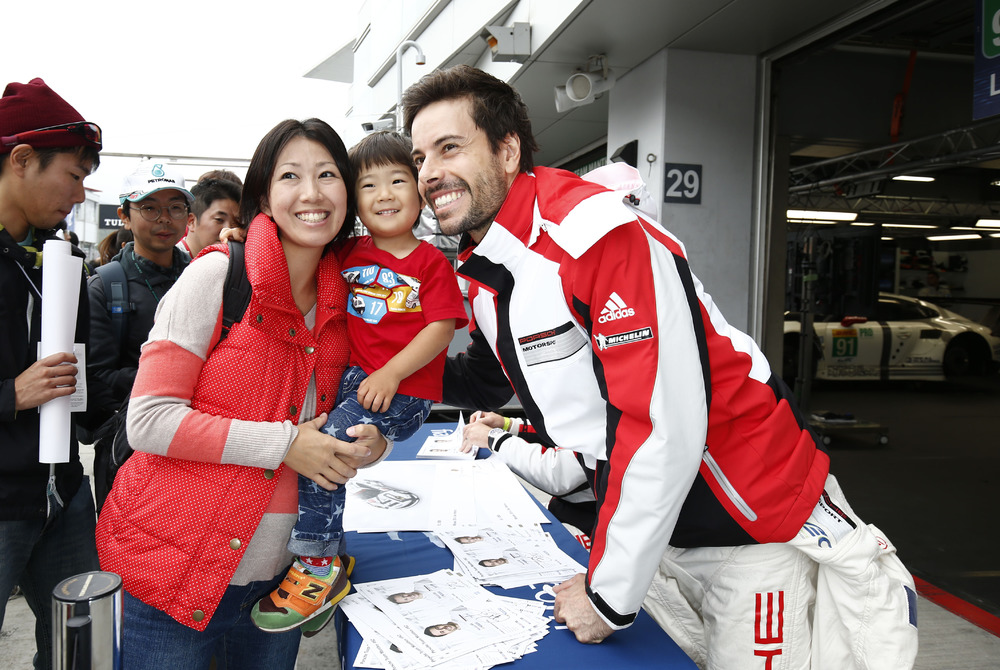 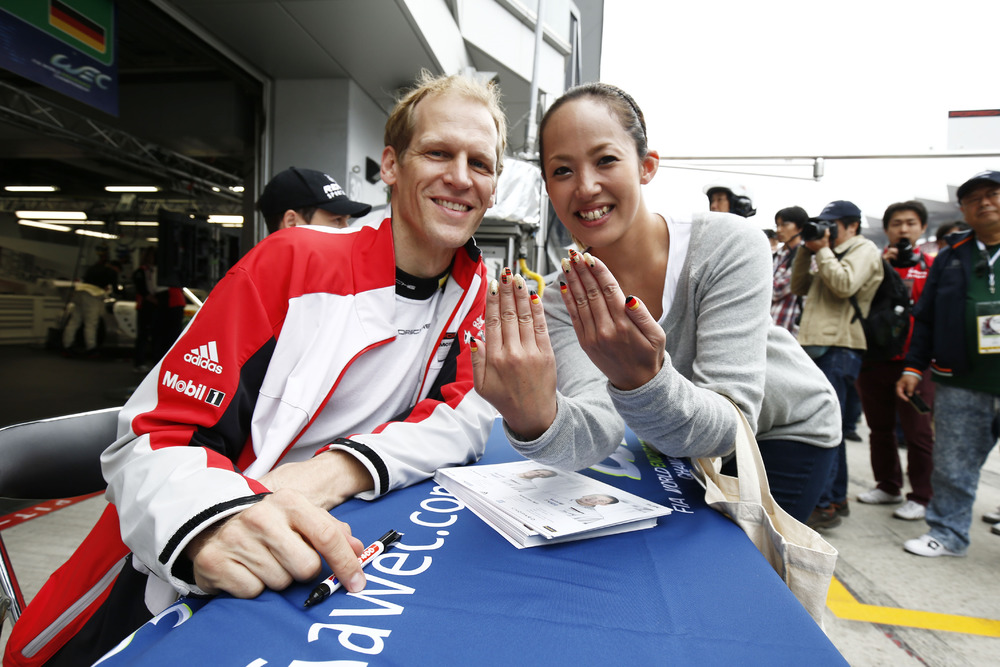 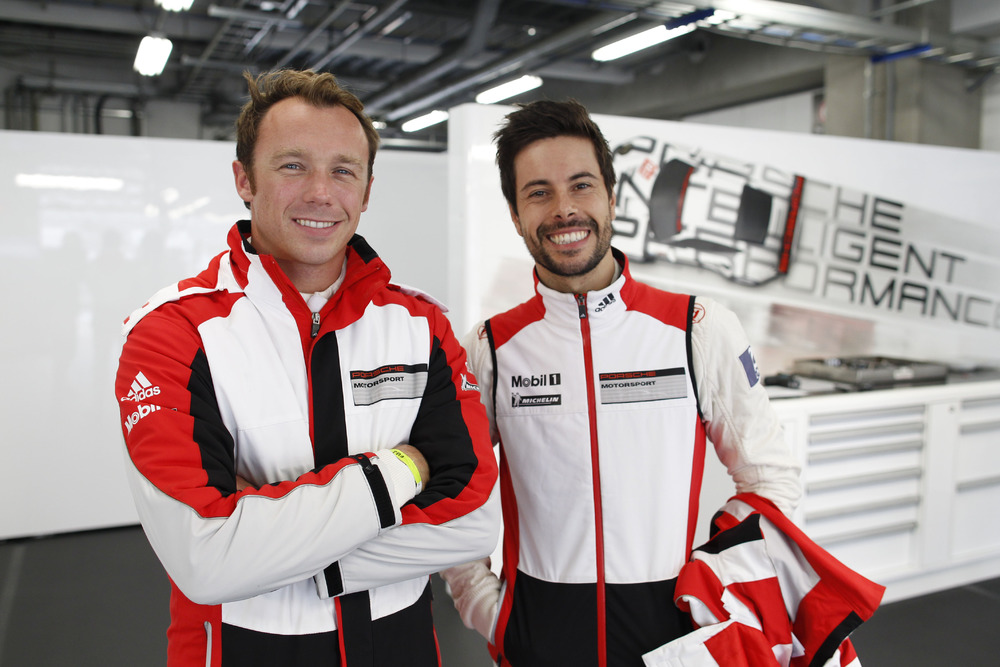 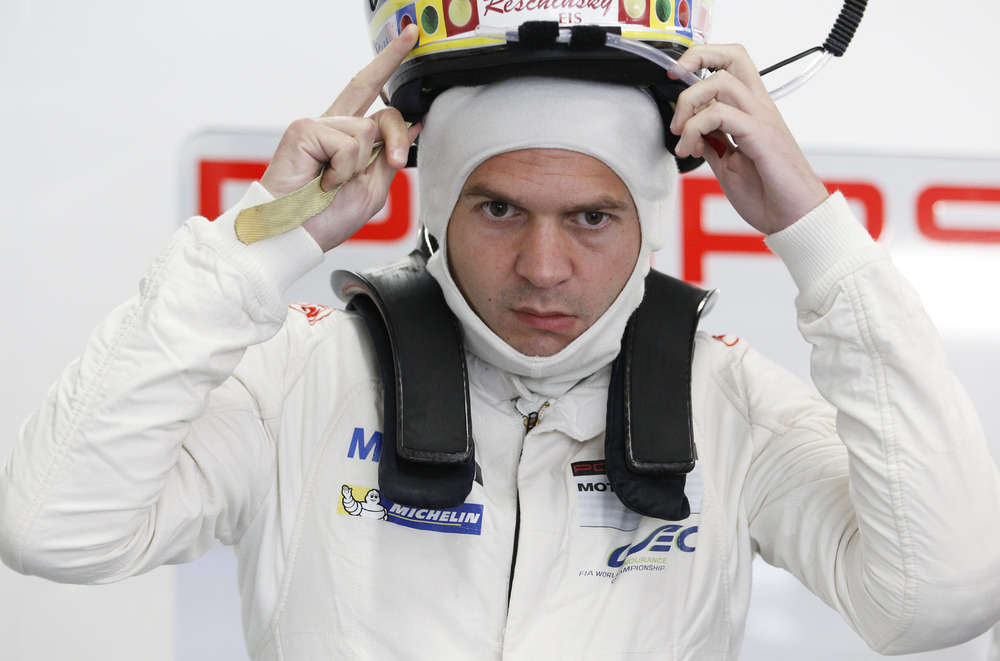 Stuttgart. has secured a good starting position to tackle the six-hour race in Fuji, Japan. At the qualifying for round five of the Sports Car World Endurance Championship WEC, which is held on the challenging Grand Prix circuit at the foot of Mount Fuji on Sunday, the works drivers Patrick Pilet and Frédéric Makowiecki from France planted their 911 RSR on the third grid spot in the GTE-Pro class. Their factory pilot colleagues Jörg Bergmeister (Germany) and Richard Lietz (Austria), who join forces for the first time in the WEC for the Manthey team, posted the sixth quickest time.

Dr. Frank-Steffen Walliser, Head of Motorsport: “We’re not totally happy about this result. One of our cars is not really where it should be. Still, it’s a good starting place for the race. We are ahead of the two Ferrari and that’s our objective at the moment. We’ve concentrated on the race and the balance and set-up are good, so we’re feeling quite confident.”

Frédéric Makowiecki (#92): “We found a good set-up in free practice. We have to change a few things for the race, but we’re on the right track. We’re matching Ferrari’s pace. The race runs over six hours and we’ll do our very best.”

Patrick Pilet (#92): “That wasn’t an easy stint. My tyres worked really well for two laps but then they dropped off rapidly and this made our car hard to drive. For the race we have to improve the balance, but basically it’s good. In qualifying it’s not quite enough yet for a front spot, but the situation could look very different in the race.”

Jörg Bergmeister (#91): “The car proved difficult to drive at first but then it progressively improved. Had I not made a mistake in my last lap I would have been further up the grid.”

Richard Lietz (#91): “I did my best and I’m happy with the result. The car felt good. Unfortunately, the balance came a little late and I had to pit again. I think we’ve found a good race set-up and this makes me optimistic. We knew we’d have it tough in qualifying, but the race is six hours long and a lot can happen.”