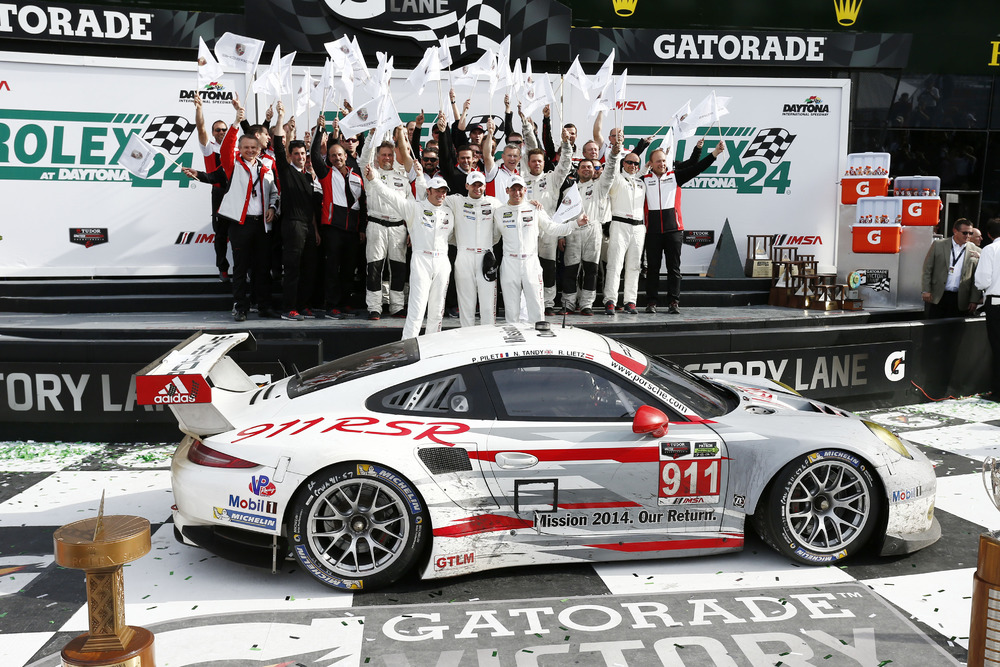 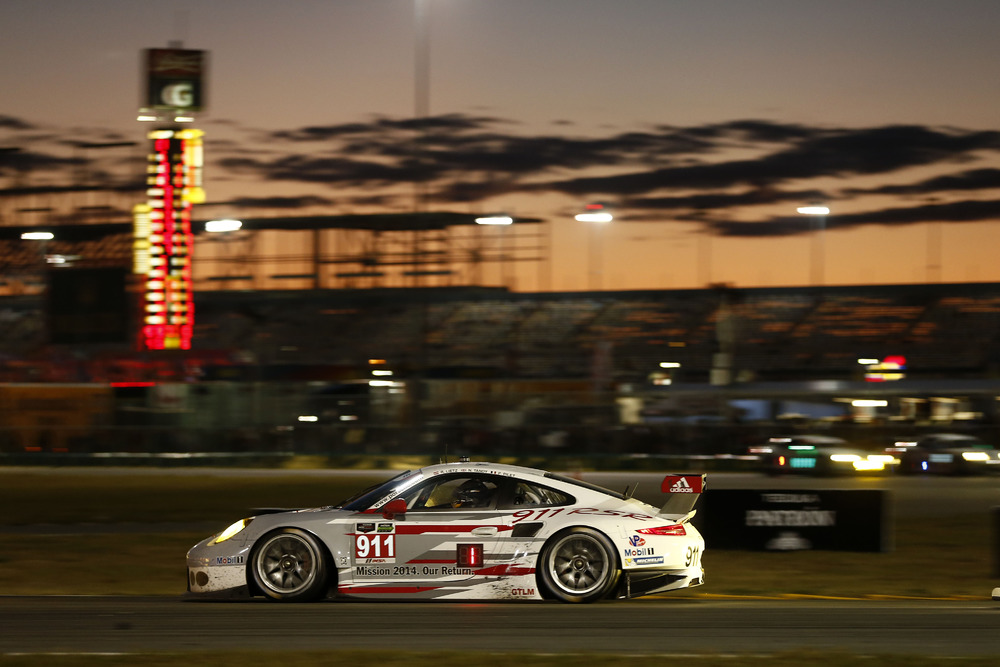 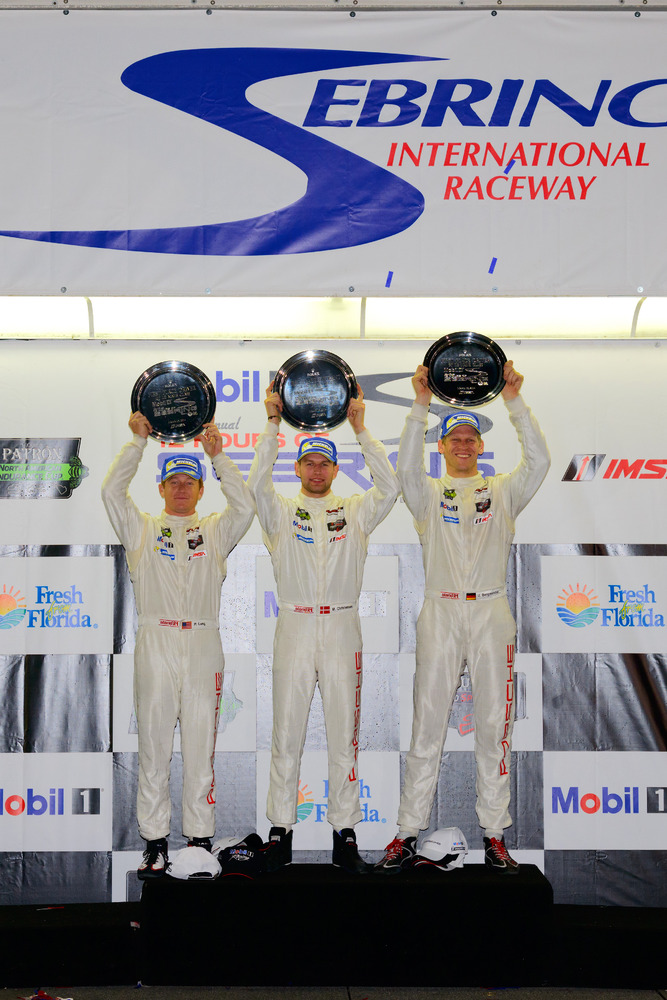 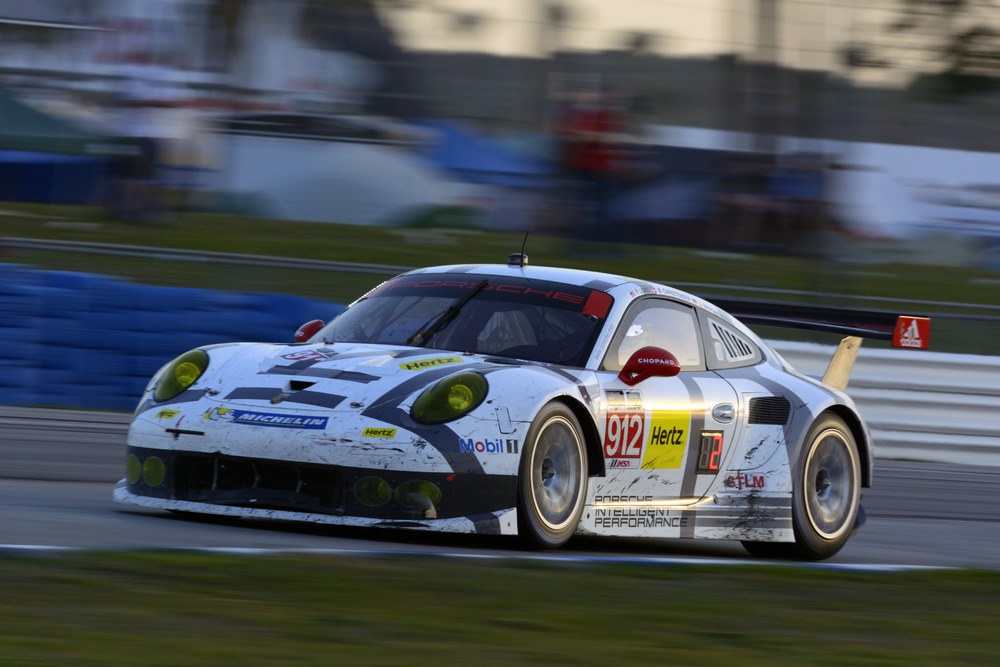 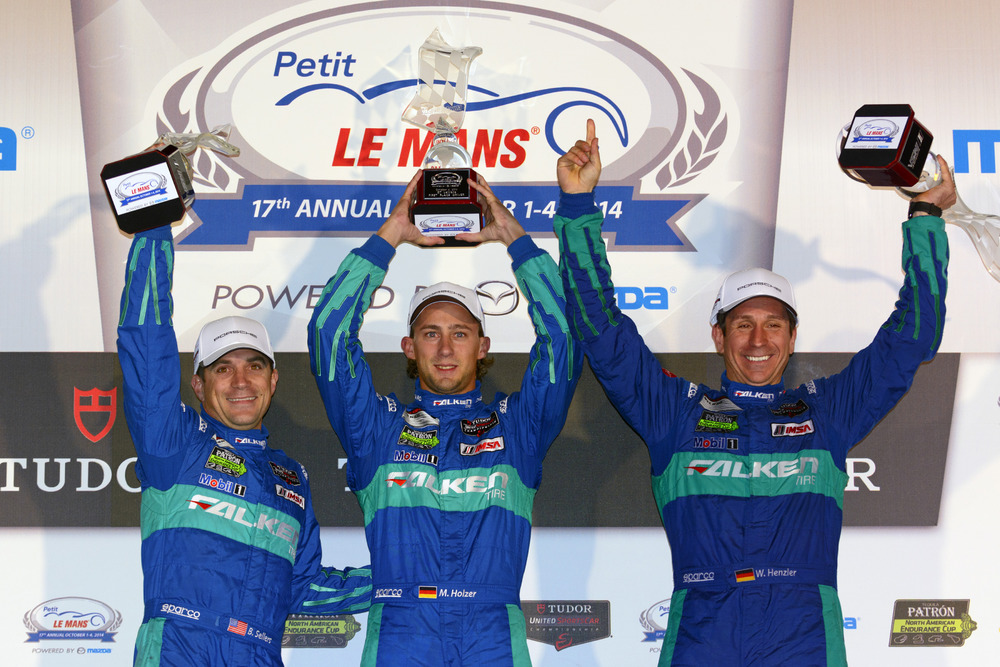 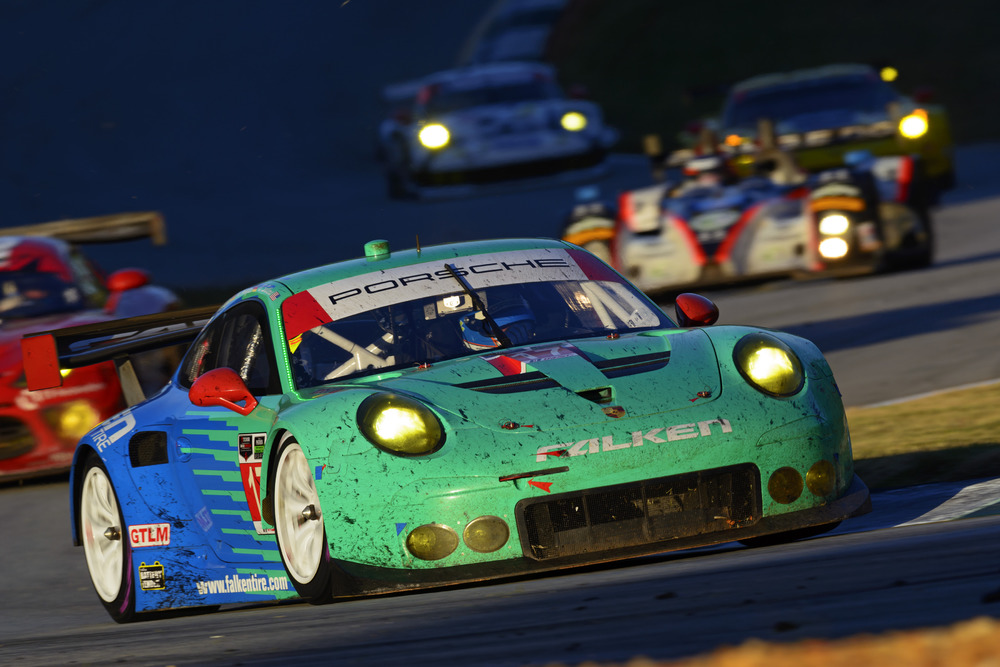 Stuttgart. With five championship titles, is the most successful manufacturer in the inaugural season of the Tudor United SportsCar Championship. The race series contested in the USA and Canada wrapped up the season with an enthralling finale last weekend at the Petit Le Mans – the ten-hour classic on the storied Road Atlanta race track – as well as with a double victory for the Falken Tire customer squad and the 911 RSR fielded by the North America works team. This success against tough opposition in the fiercely-contested GTLM class handed the manufacturers’ title. In the GTD class as well, netted the manufacturers’ trophy with customer teams fielding the new 911 GT America, a race car developed specifically for this series.

The Petit Le Mans marked the fourth and final race of the North American Endurance Cup, which consists of the long distance races on the Tudor United SportsCar Championship calendar – the 24 Hours at Daytona, the Sebring 12 Hours, the six-hour race at Watkins Glen and, of course, Petit Le Mans. North America’s victory at Daytona with Nick Tandy/Richard Lietz/Patrick Pilet and at Sebring with Michael Christensen/Patrick Long/Jörg Bergmeister as well as the second straight win for the Falken Tire team with Wolf Henzler/Bryan Sellers/Marco Holzer at Road Atlanta earned three titles in this special endurance championship within the Tudor United SportsCar Championship: Factory pilots Michael Christensen and Patrick Long won the drivers’ classification in the GTLM class, with the team title going to North America and the manufacturers’ trophy to .

Winning these accolades in the Tudor United SportsCar Championship not only underscores the success of ’s strategy not to focus solely on top-level competition, but at the same time to continue developing customer sport. “Customer racing is a vital part of the brand’s sporting success,” says Wolfgang Hatz, Board Member for Research and Development. The importance of strong customer squads, says ’s Head of Motorsport Dr. Frank Walliser, has again been emphasised in the Tudor United SportsCar Championship – most notably in the GTLM class: “This was an extremely competitive championship with five successful marques competing. Heading to the final round, two manufacturers were tied for the lead, with eleven different drivers posting pole position from the eleven races. You don’t see this in any other race series anywhere, not even in Formula 1.”

not only supplies its customer teams with its Weissach-developed GT racers such as the 470 hp 911 RSR – the Le Mans-winning car from 2013 based on the seventh generation of the iconic 911 sports car. also provides its customer outfits with reinforcement by contributing works drivers. Falken Tire is a prime example of this successful driver transfer. For many years the Americans have been able to rely on Wolf Henzler. As one of the most experienced GT pilots at , the German has made a significant contribution to the ongoing development of the Falken Tire squad to become a top-notch team. Marco Holzer, another works driver, sat in the winning customer nine-eleven with the starting number 17 at Petit Le Mans. For Wolfgang Hatz, the fact that the best factory car had to settle for second place at Road Atlanta does not contradict this strategy.

“When we compete alongside our customers, it is entirely possible that we don’t have our nose in front,” says the board member. “Our customers belong to our racing family. We are pleased that we can celebrate successes together.”