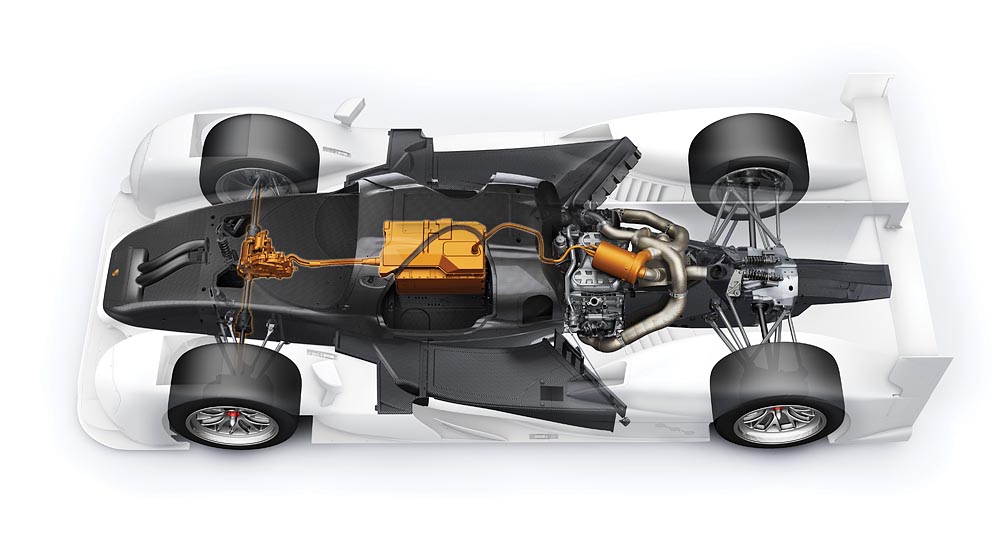 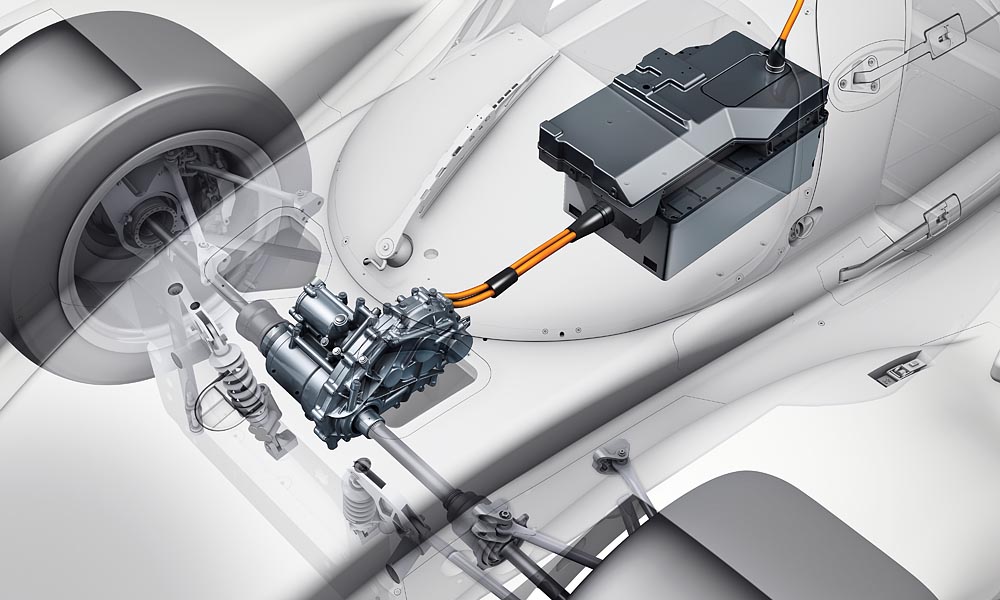 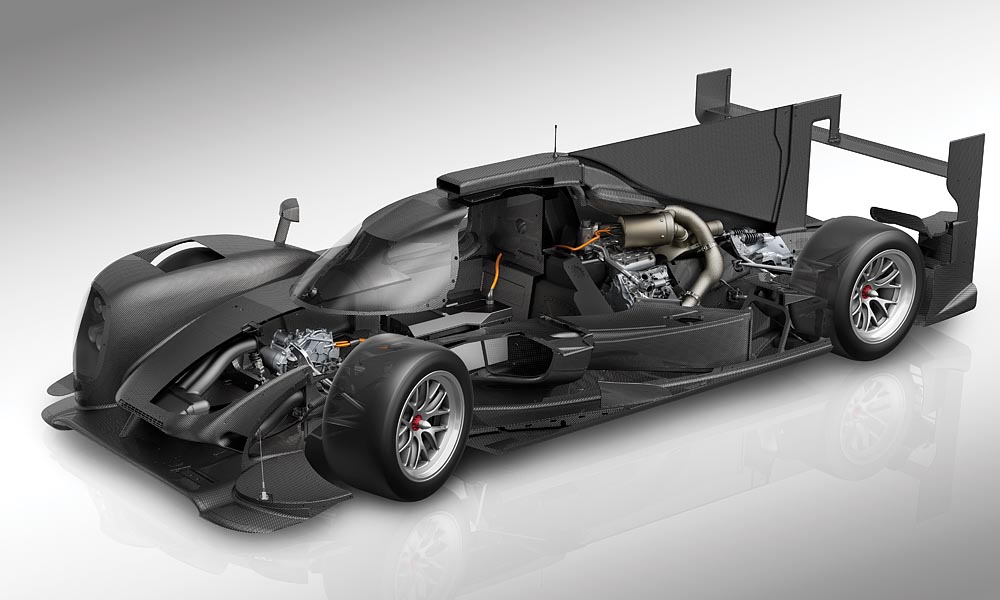 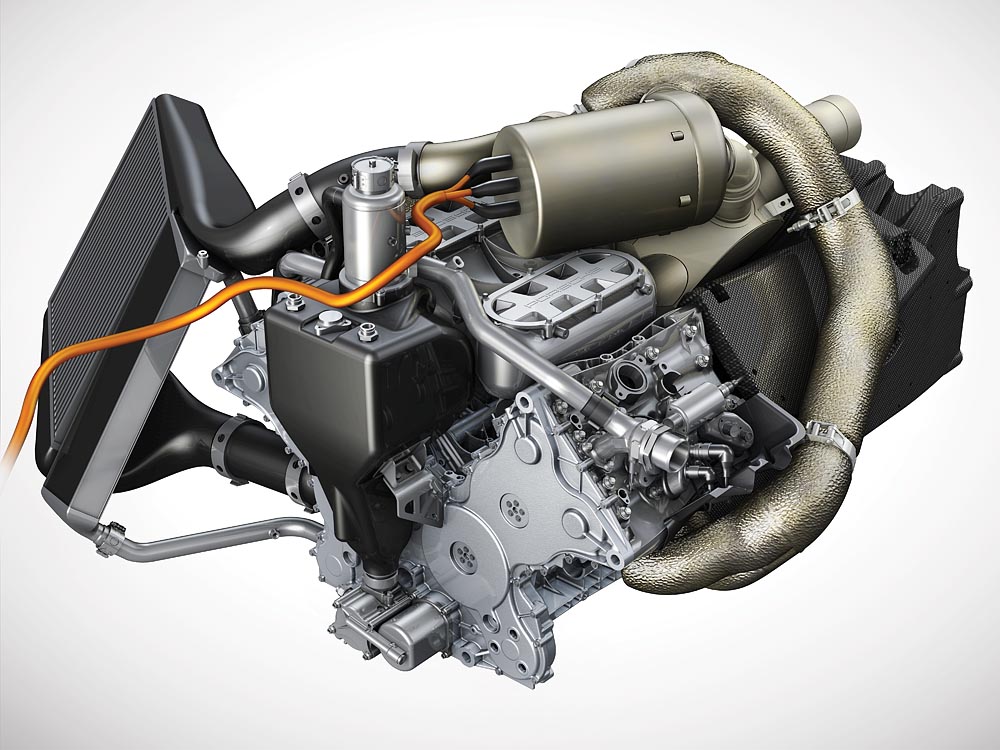 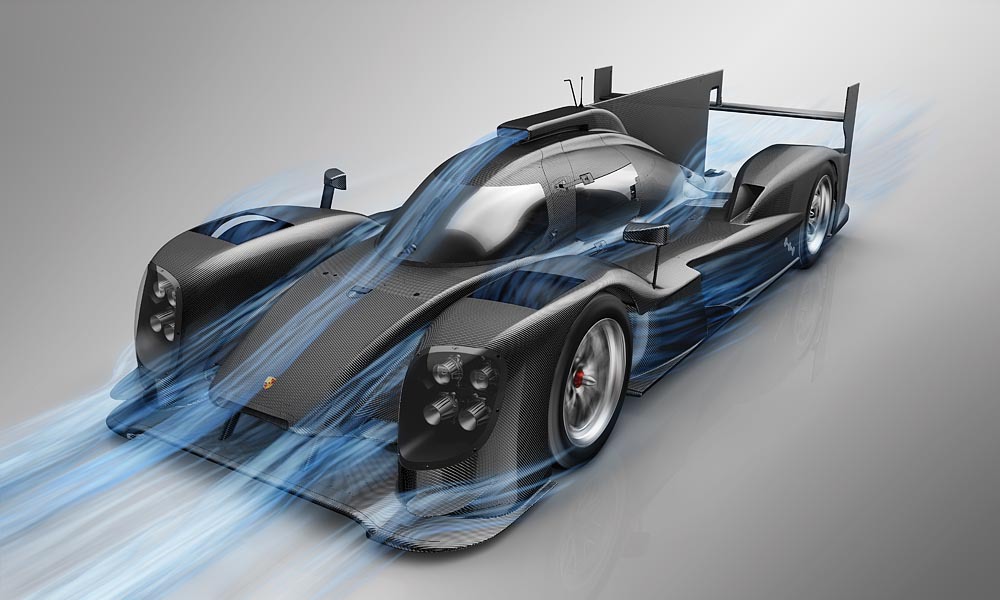 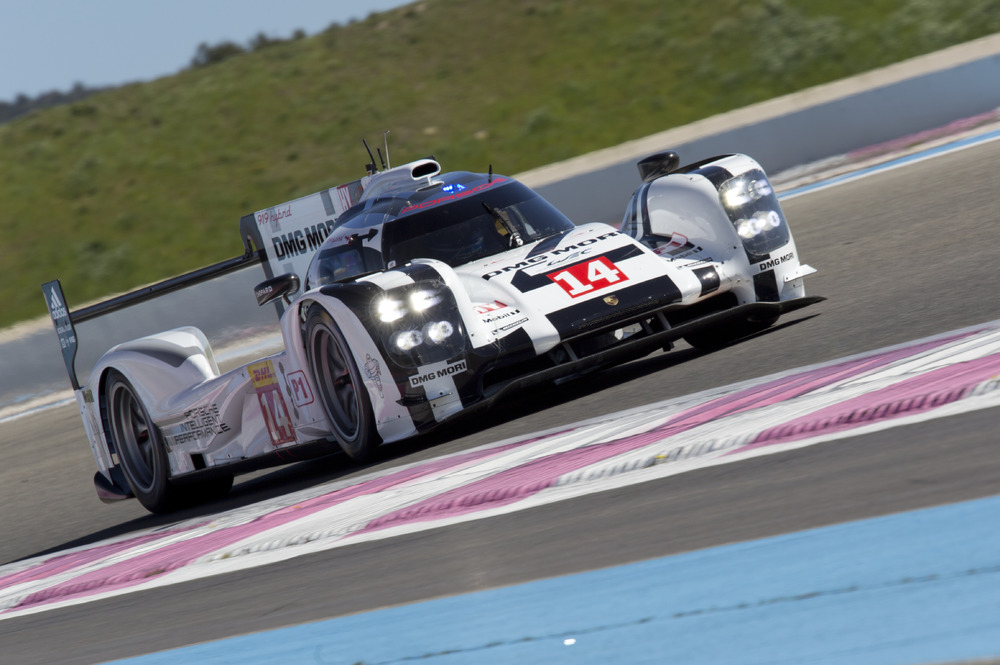 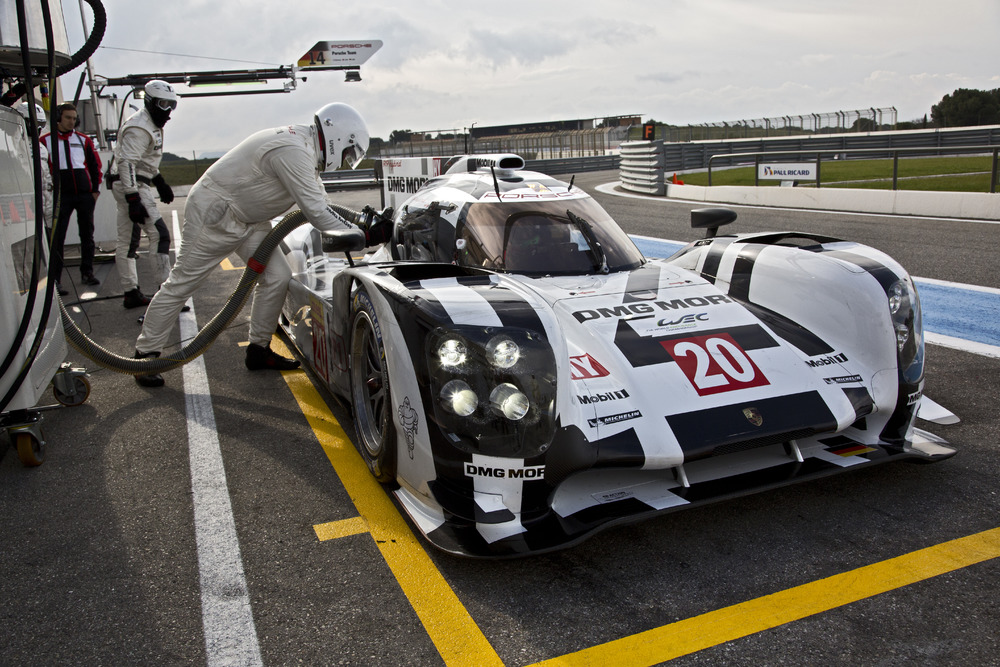 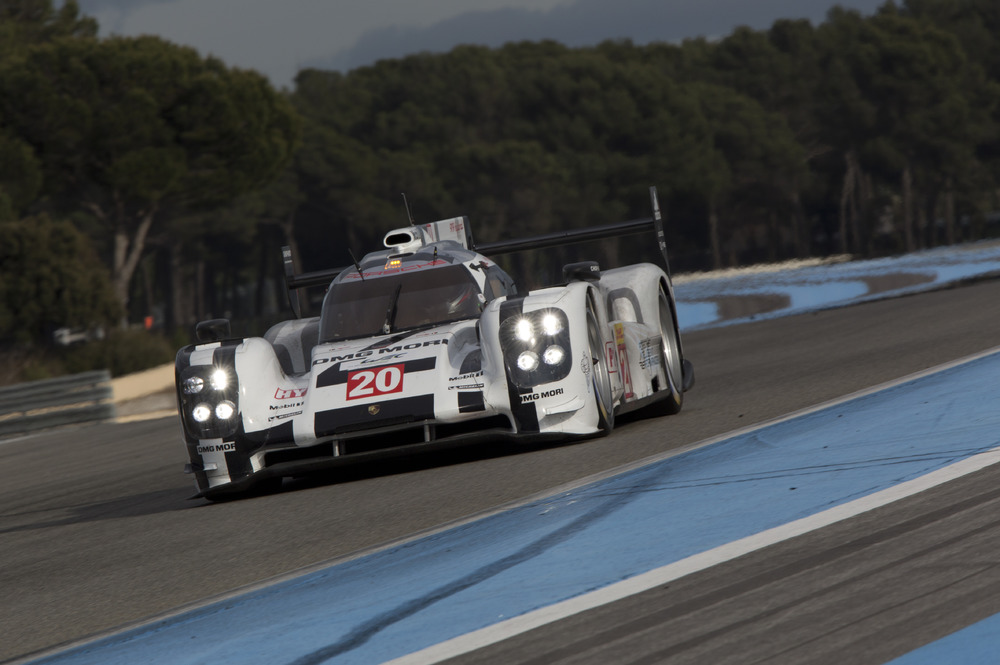 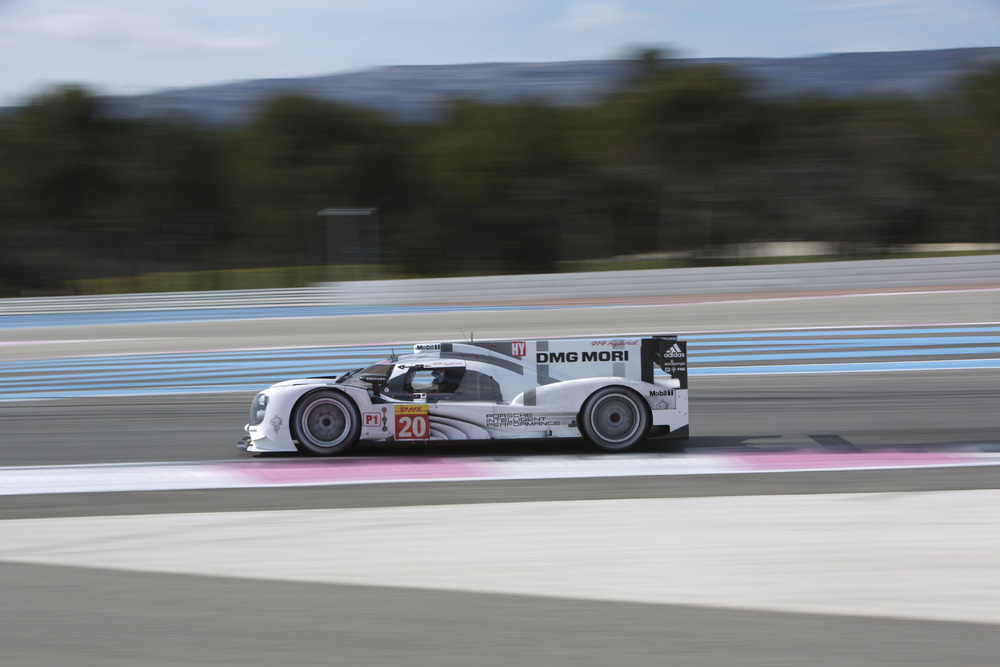 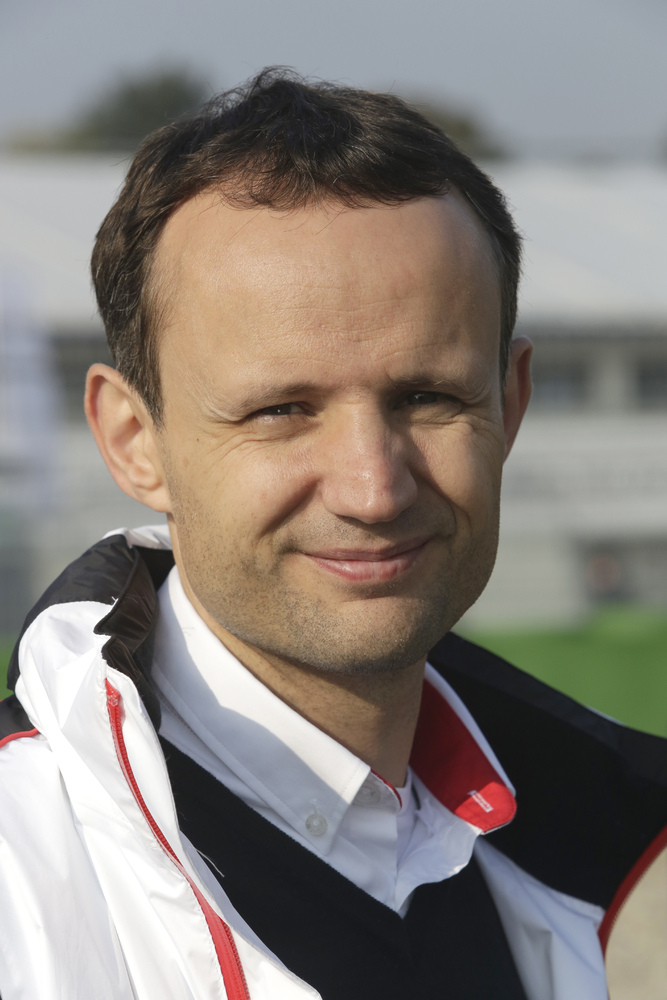 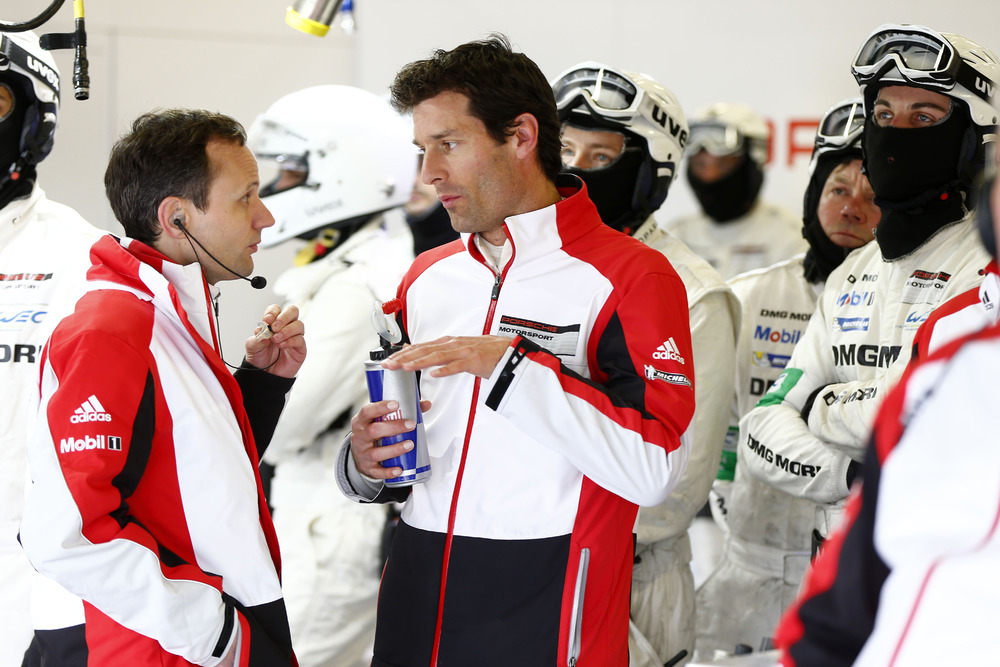 Stuttgart . With a podium finish at the start of the World Endurance Championship (WEC) season in Silverstone and pole position in Spa-Francorchamps has made its way back into the premier league of sports car racing. This represents a successful start for the newly founded Team, which in the light of the brave innovations in the 919 Hybrid was not a foregone conclusion. This heralds a new era in the WEC and Le Mans. The racing car is a technology platform and test lab for future series models. No other prototype in the WEC starting field has such an efficient and complex hybrid system as the new 919 Hybrid.

With its return to the top class of the WEC, is facing significant challenges. Firstly the new 919 Hybrid is the most complex racing car that the sports car manufacturer has ever built. Secondly, unlike the competition did not have experience or data to refer to from previous years. And thirdly had its own engineers develop the prototype in its newly set up LMP1 racing team – a significantly more difficult but in the long-term more promising path than buying existing components from other companies. In this endeavour Technical Director LMP1 Alexander Hitzinger and his team are pursuing a route that has a tradition at : finding solutions which may benefit series production customers in the future.

The search for the optimum energy conversion efficiency – i.e. the best possible ratio between supplied and utilised energy – is massively influencing every aspect of the 919 Hybrid, the aerodynamics of the Le-Mans race car as well as the weight-optimised individual components. However, the highly advanced energy recuperation and drive systems are two of the outstanding features in this regard. The revolutionary new technical regulations of the WEC for the 2014 season gave the specialists at a great deal of leeway. A limiting factor for the performance of the car is primarily the amount of fuel available per lap. This approach makes energy efficiency a primary factor. Meanwhile, a hybrid system is also a prerequisite for the factory cars starting in the LMP1-H category. The rule-makers have left the type and method of storing the retrieved energy up to the constructor as well as the choice of engine design and the displacement.

The 919 generates energy for more than 4,500 km in 24 hours
The amount of electrical energy each driver can use per lap at Le Mans delivered as a boost is limited. The rules specify four classes of energy levels ranging from 2 to 8 megajoules (MJ). has registered the 919 Hybrid for the 6-megajoule category, which means that the LMP1 prototype can use exactly 1.67 kilowatt hours (kWh) of energy per 13,629 km long lap on the "Circuit des 24 heures", since 3.6 megajoules is equivalent to 1 kilowatt hour (kWh). But what does this mean in real terms?

In 2013 the Le Mans winner covered 348 laps. Calculated over the same distance the new 919 Hybrid generates and uses 581.2 kilowatt hours (kWh) – an electric output which would run a 60 watt light bulb for a staggering 9,687 hours. Or in other words: With the energy the LMP1 prototype recuperates during the Le Mans race you could cover 4,576 km in the most efficient electric car that is currently available in the compact class, the new Volkswagen e-Golf – which would take you across the USA from coast to coast, from New York to Los Angeles.

Thermodynamic energy recuperation makes its mark
"The recuperation of kinetic braking energy at the front axle has great potential with the axle load being dynamically shifted to the front when you brake, so a system that exploits this was a logical step," explains Alexander Hitzinger. "In favour of this solution we gave up a KERS on the rear axle. If you start with a naturally aspirated engine, KERS is the only option you have. But using turbo charging gave us another option, which is why we opted for using the energy from exhaust gases from the turbo charger."

The complex hybrid system in the new Le Mans prototype with its highly innovative recuperation of thermodynamic energy from exhaust gases is unique in the WEC. This principle basically uses an extra turbine generator unit instead of what is called the wastegate. This valve normally allows excess energy from exhaust gasses that are not required to drive the compressor to escape into the atmosphere. utilises this excess energy from exhaust gases: it drives a second turbine, which in turn drives a generator that generates electrical energy. The new technology recuperates energy that has always been lost in other systems. This use of energy from exhaust gases makes the 919 Hybrid the only car in the field that recuperates energy not only when it brakes but also when it accelerates. Both systems direct kinetic and thermal energy converted into electrical energy back to a liquid cooled lithium ion battery.

Same driving performance, 30 percent less fuel consumption
has also made its own way in its method of storing electrical energy. Here the same premise was applied, so, instead of drawing on less effective but readily available systems, decided to exploit promising technologies and in this case liquid cooled lithium ion batteries. "Developed in cooperation with Engineering," stresses Hitzinger, "so this knowhow benefits future hybrid vehicles." Hitzinger also looked into flywheel storage and supercapacitors, so called ultracaps, but found lithium ion batteries to be the best compromise. "But only if," he adds, "the right cell technology is available to provide a very high power density with relatively high storage capacity." To achieve this puts its faith in battery cells from its partner A123 Systems.

The approach the LMP1 constructor has used for the combustion engine is just as unique. The newly developed V4 turbo with two litre engine displacement and direct injection – a system that is atypical for – is a pioneering example of downsizing. The four-valve engine represents the ideal combination of low weight and compact size with structural rigidity and high power output. Since is starting in the 6-MJ class with the 919 Hybrid, the rules allow the petrol engine with over 500 hp a consumption of only 4.78 litres per lap in Le Mans. The more powerful the recuperation system, the less fuel may be burnt. Although the driving performance is the same, the permissible amount of energy is 30 per cent lower than last year.

Le Mans: extreme technology solutions for specific challenges
This year's calendar for the FIA WEC (World Endurance Championship) involves eight races. After the six-hour opening races in Silverstone in the UK and the "Ardennes roller-coaster" of Spa-Francorchamps, the third World Championship race, is truly outstanding: The legendary 24 Hours of Le Mans is both the highlight of the season and a unique challenge. Much of the 13.629 km "Circuit des 24 heures" track – nine kilometres of it – runs over closed country roads which are usually open to commuters and heavy goods vehicle, leaving behind grooves in the surface. Also characteristic for Le Mans are long straight straights. The LMP1 factory cars reach speeds significantly higher than 320 km/h several times during each lap, and twice they have to decelerate to urban traffic speeds at slow turns – by day and night – while the engines are on full throttle for about 70 percent of the lap.

Hard braking phases and prolonged powerful acceleration: especially developed the temporary all-wheel drive 919 Hybrid with its kinetic and thermodynamic energy recuperation systems just for these specific conditions. The finely balanced aerodynamics of the vehicle also play a decisive role in making the 919 Hybrid competitive in Le Mans. The resulting downforce values guarantee excellent speeds in fast corners, such as the " curves". Opposed to this are the lowest possible air resistance values so that the 919 Hybrid can reach maximum speeds over the long straights.

After the racing festival in the French Sarthe department the WEC is taking a three-month summer break, and then it will leave Europe for the rest of the season. The programme includes five more six-hour races: USA (Austin, 20 September), Japan (Fuji, 12 October), China (Shanghai, 2 November), Bahrain (Sakhir, 15 November) and Brazil (Sao Paulo, 30 November).