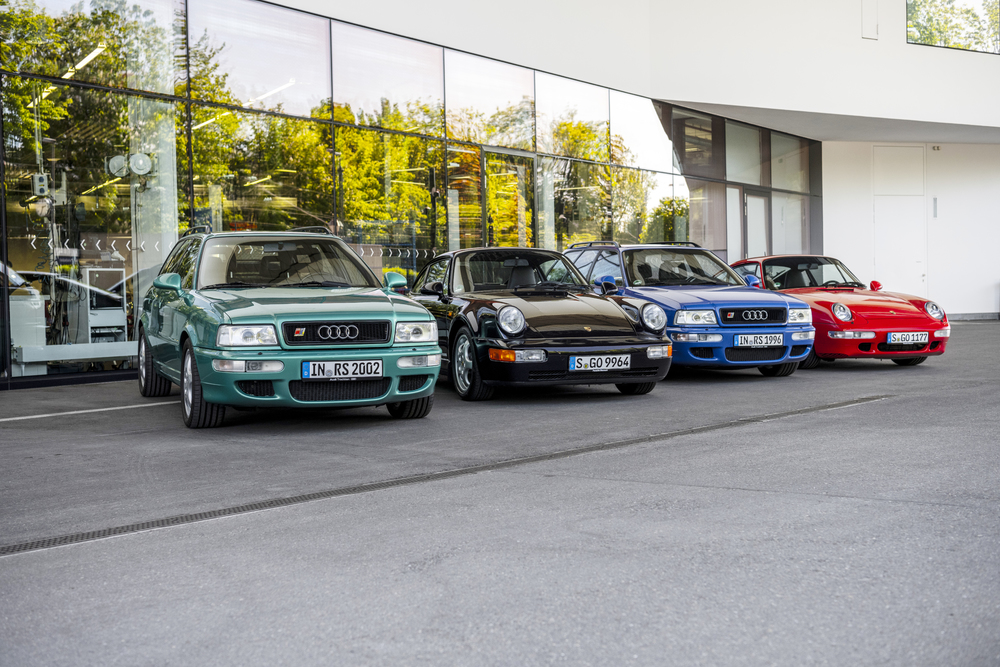 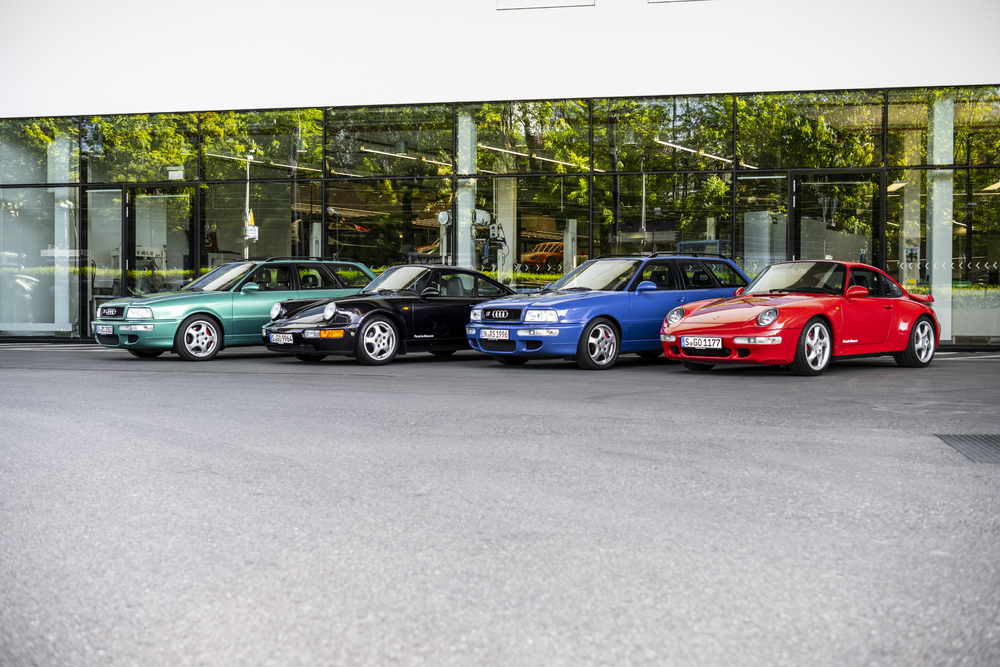 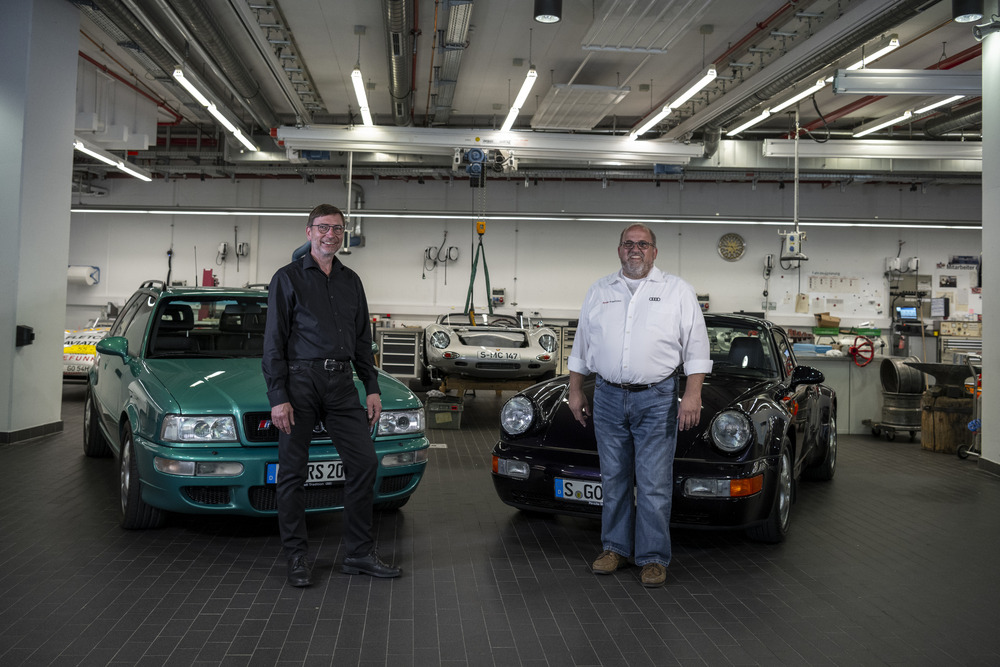 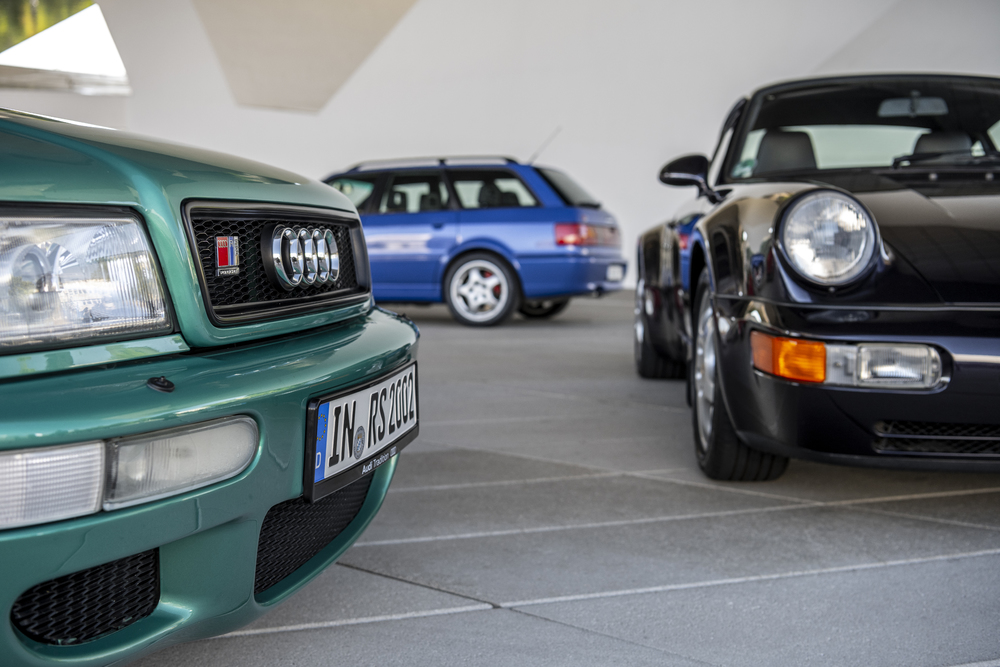 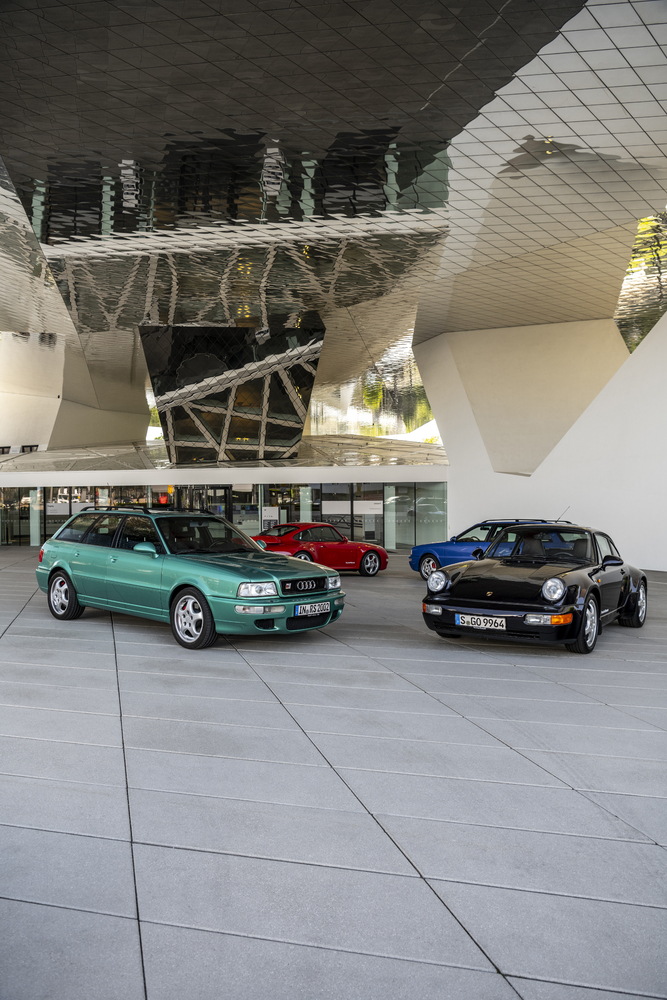 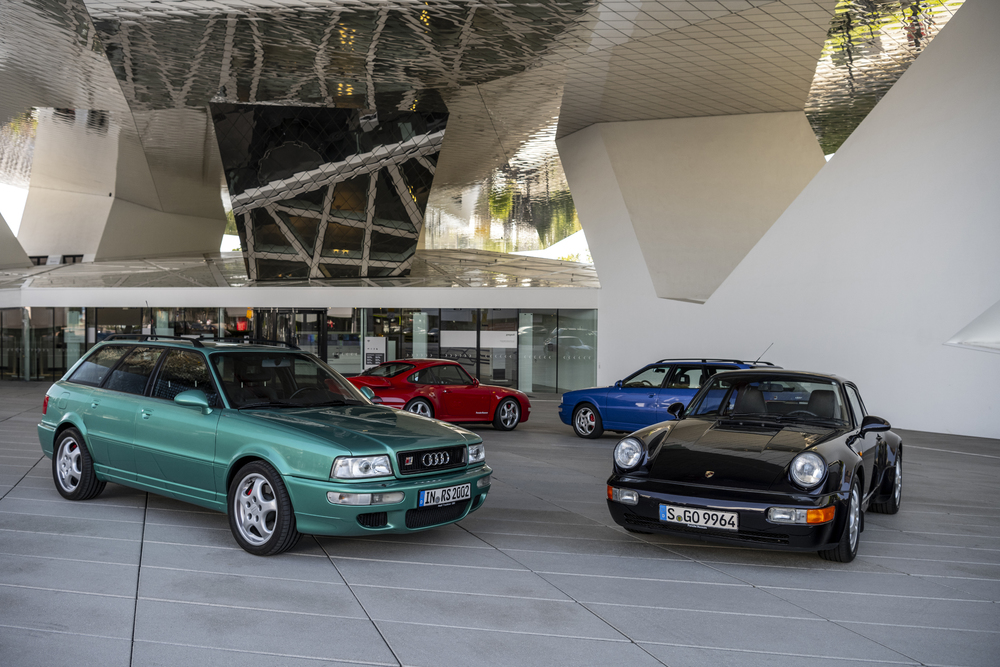 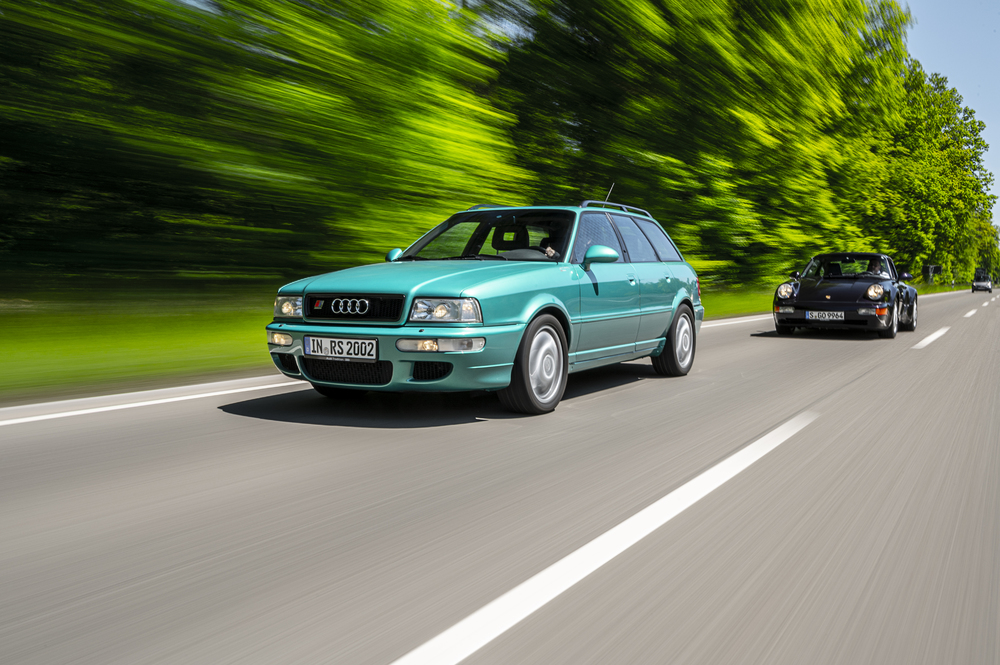 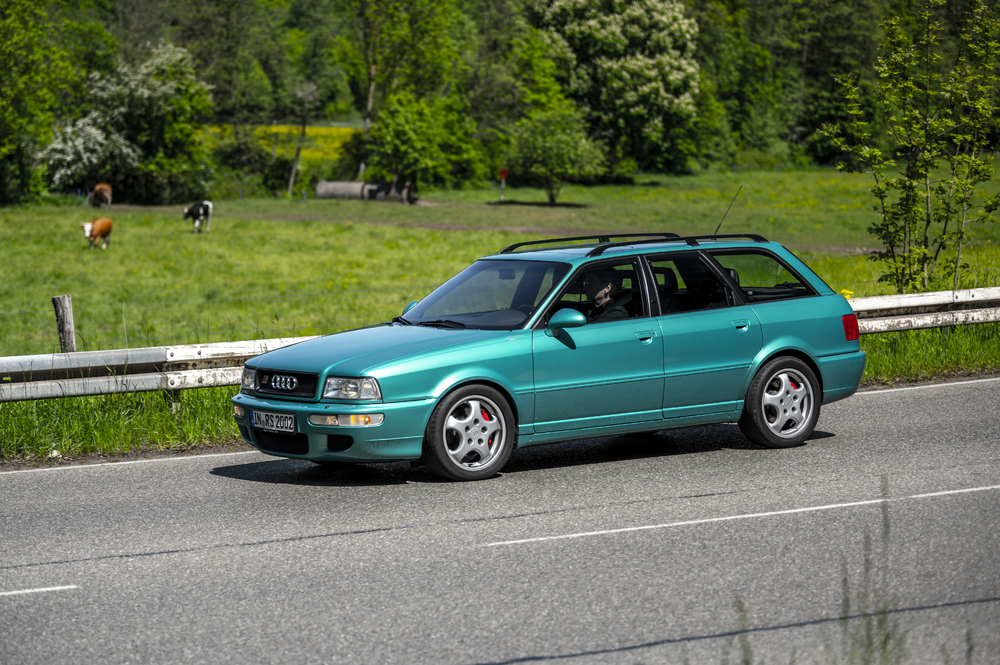 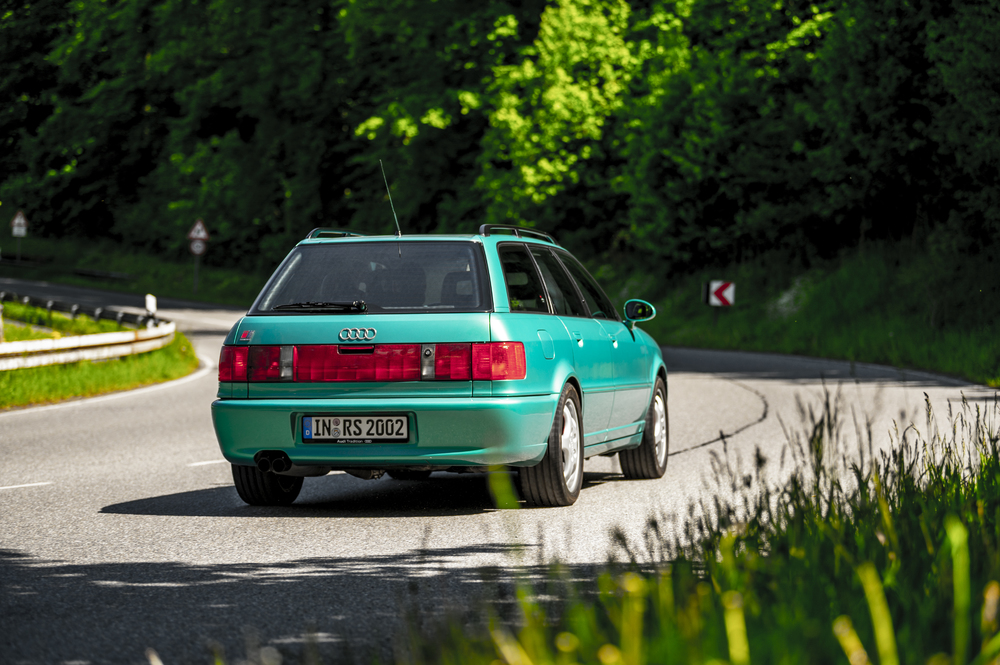 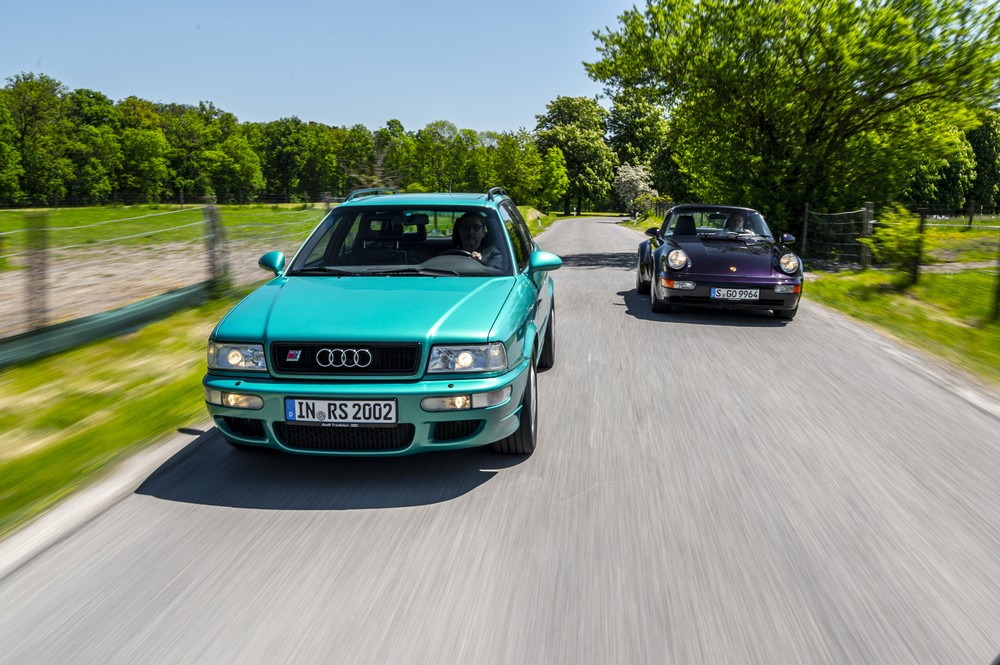 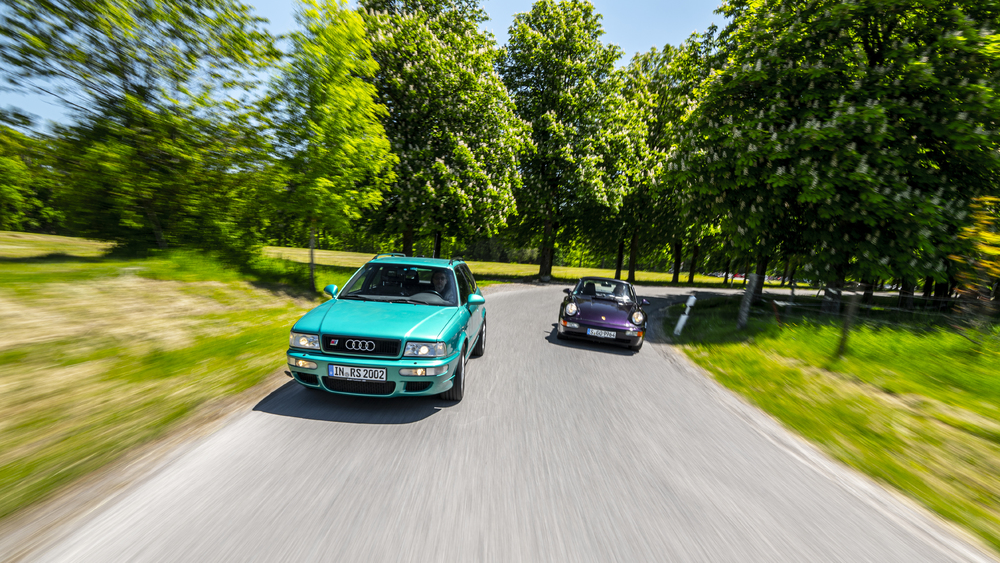 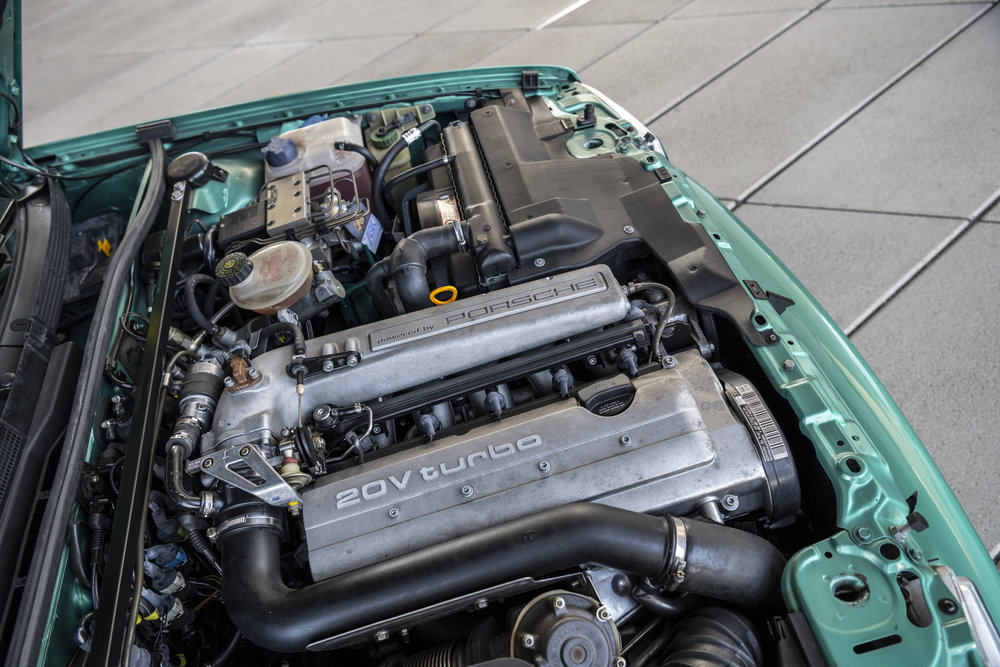 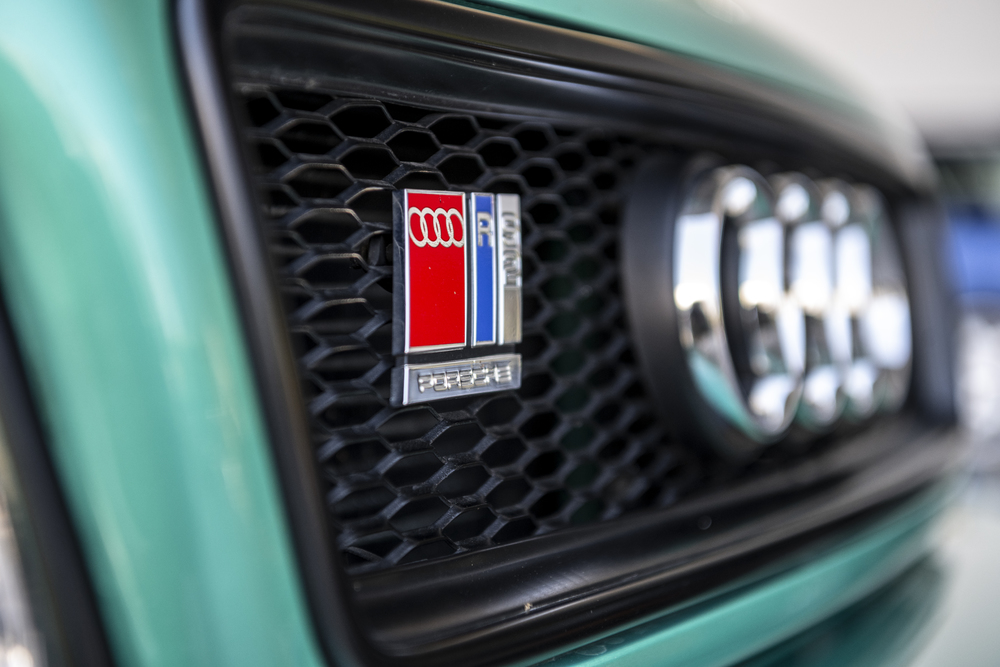 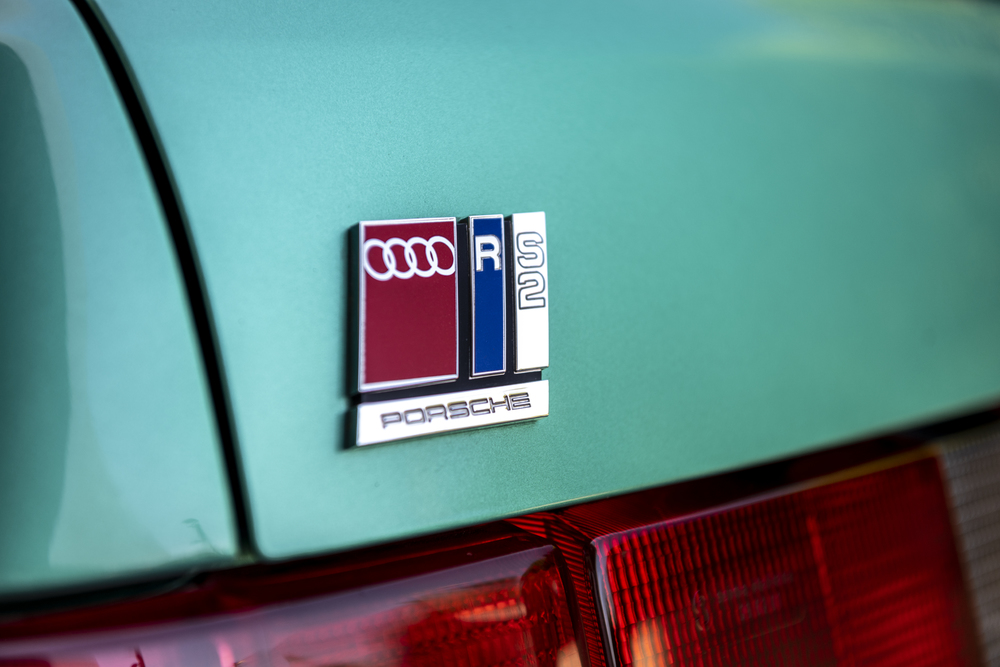 A day in the life of the record-breaking vehicle of the 1990s: Audi Avant RS2 90 years of external development at : the Audi RS2 returns to its birthplace in Zuffenhausen

Stuttgart . At its market launch in 1994, it was the world’s fastest estate and simultaneously also the first Audi to smash the 250 km/h barrier. The Audi Avant RS2 captivates its aficionados as a sporty family car offering plenty of room and a very special, turbocharged experience. The vehicle was developed collaboratively by Audi and , representing 's external development tradition, spanning more than 90 years. Ferdinand established his design engineering office in Stuttgart in 1931. Ever since, the name has been closely linked to customer development projects. This tradition was successfully continued by Engineering, a one-hundred percent subsidiary of AG, providing innovative solutions and a high degree of expertise in digitalisation. While Audi, based in Ingolstadt, sought to boost its image with the RS2 and keep up with the BMW M3 – which was competing within the same vehicle segment – has been able to keep employing its team in economically challenging times, thanks to external development projects like this one. It goes without saying that a further aim was to pass on the legend to Audi buyers. Twenty-five years after the last RS Avant was produced, Ralf Friese, corporate historian at Audi, met Michael Hölscher, head of the RS2 project at at the time. Friese brought a Tropic Green RS2 from Ingolstadt and the Museum provided the 911 (964 generation) in Viola Metallic for an outing. Components from the 993 generation and 964 generation 911s, such as the indicators, fog lights and the semi light bar, were all transferred to the RS2. Both keen motorcyclists, the pair opted for a trip along the former Solitude racetrack, a winding course west of Stuttgart.

On the square outside the Museum, Hölscher described how the cooperation project came about: “A few years prior, we had created the 500 E model together with Mercedes-Benz and this had boosted our profile as a development service provider thanks to fast, high-quality results. Today, the brand can look back on 90 years of customer developments,” explained Hölscher, who has worked at for 32 years. In 1993, Audi announced the high-performance sports estate at the IAA International Motor Show in Frankfurt am Main and the car was already launched in March 1994 – on time, despite a tight schedule and budget. A win-win situation in economically challenging times. “I am delighted to be able to drive this beautiful car today. With a relatively low production number of 2,891 units, it is a rare sight nowadays,” Hölscher explained. He pointed past the museum towards the roundabout and explained how his team produced the RS2 in the historic Rössle building, the same building in which the Mercedes-Benz 500 E was built – a vehicle that is celebrating its 30th anniversary this year. Audi provided painted body parts and add-on parts and took care of the rest, while both cooperation partners superbly handled the logistical challenges. “We were responsible for new parts and development services, while Audi took care of body parts and components that could be transferred from other models. An exciting collaboration that brought about nothing but benefits for both companies,” the former overall project manager summarised.

The estate – with a 2.2-litre straight five-cylinder engine, all-wheel drive and 315 PS – was especially controversial with its turbocharger. “Back then and to this day, the strong, design-based turbocharger lag puts a driver under a certain amount of pressure. Quite a few drivers were not terribly fond of the sudden push, while proud RS2 owners have always loved the turbocharger. The turbocharged engine’s response characteristics are sensational, most of all from the lower engine speed range,” Hölscher reported while eagerly waiting to drive off. Friese got into the 911 (964 generation), marking the first time this Baden region native was at the wheel of a 911. Later, after the lap around the Solitude, he would go on to say that he had had a “completely new driving experience” and was “gloating with excitement”. “A whole new world for me.”

Hölscher enjoyed the journey through time in the RS2, listing the parts that were integrated into the Audi or developed from scratch in Zuffenhausen: the 17” light-alloy wheels stemming from the Cup car, the exterior mirrors including a new mirror base design, the characteristic red high-performance brakes, lettering in the RS logo as a new component, the front and rear bumpers, the semi light bar, dials and the door openers. “Around 20 percent of the RS2 stems from ,” Hölscher estimated. His team fundamentally re-engineered the engine with new parts. “We found it essential to make the character immediately noticeable and the associations clear.”

Friese was hot on the heels of Hölscher in the sports estate. “The RS2 was the first Audi that was not electronically limited, even though it reached speeds of more than 250 km/h. The speedometer scale goes up to 300 km/h, yet the vehicle’s top speed is 262 km/h,” explained the historian, who has been working at Audi Tradition for 14 years. “The speedometer goes up to 300 km/h and the car maxes out at 262 km/h,” he said, raving about the family sports car’s longitudinal dynamics, while driving through Stuttgart’s surroundings in the classic 911. The estate sprints from a standstill to one hundred kilometres an hour in 5.4 seconds and generates a maximum torque of 410 Nm. Hölscher and Friese delight in the tight turns that make up the former racetrack at Glemseck near Leonberg. Both remained silent until the end of the trip, immersing themselves entirely into their own rhythm. One enjoyed the turbocharger, the other his first ride in a 911. A journey through time for both.

“The outing was great fun. It seemed like old times, more than a quarter of a century ago. It’s marvelous to experience how this car can still keep up with contemporary models. And it does so in a very sporty fashion!” Hölscher said, summing up what was once the world’s fastest sports estate, a vehicle that some enthusiasts refer to as the “Audi RS2” to this day.