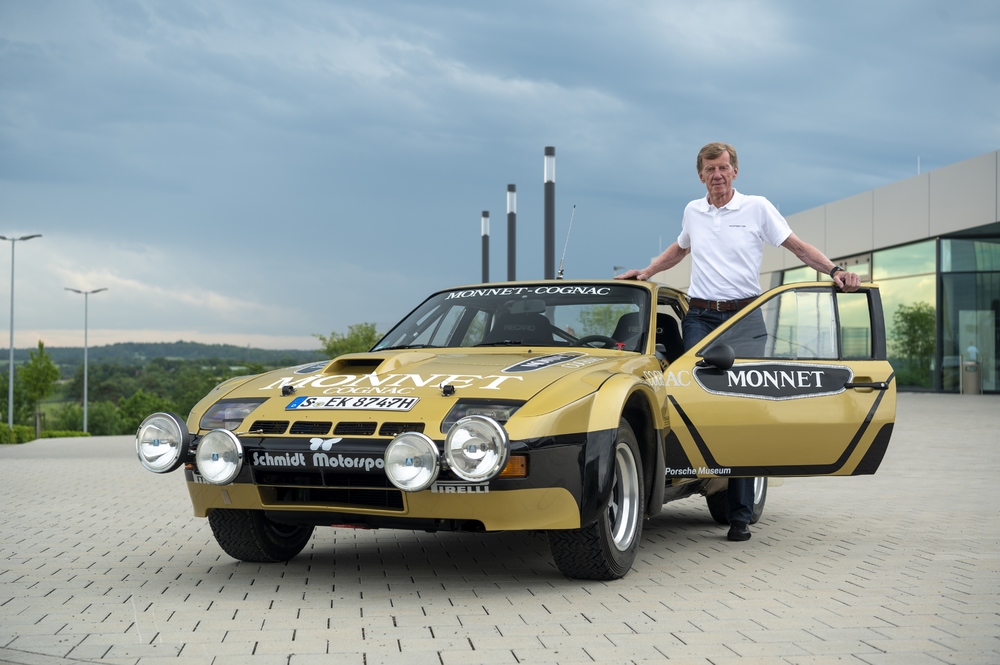 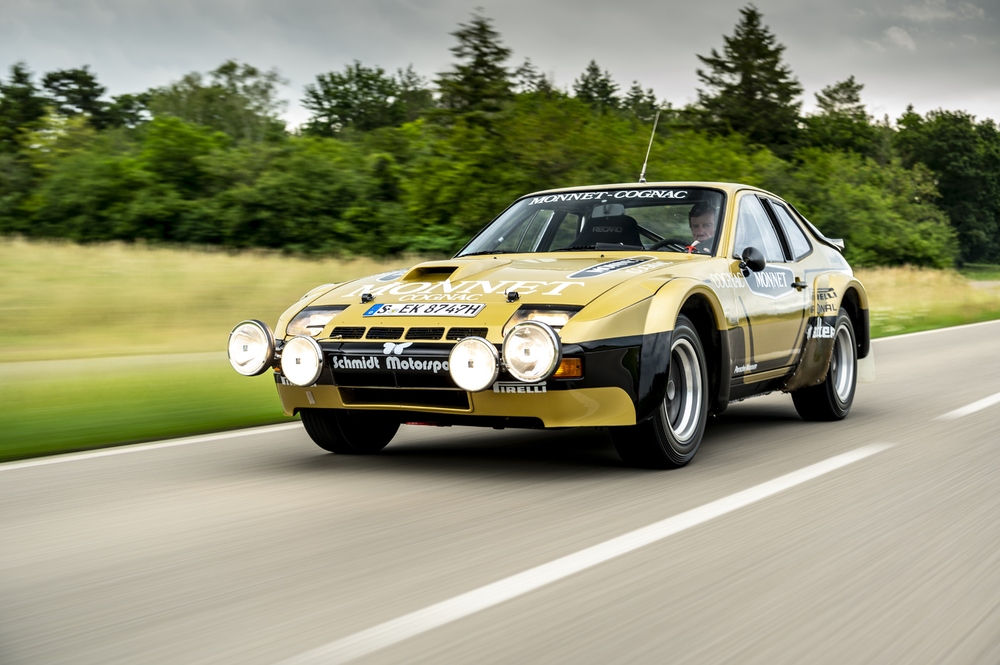 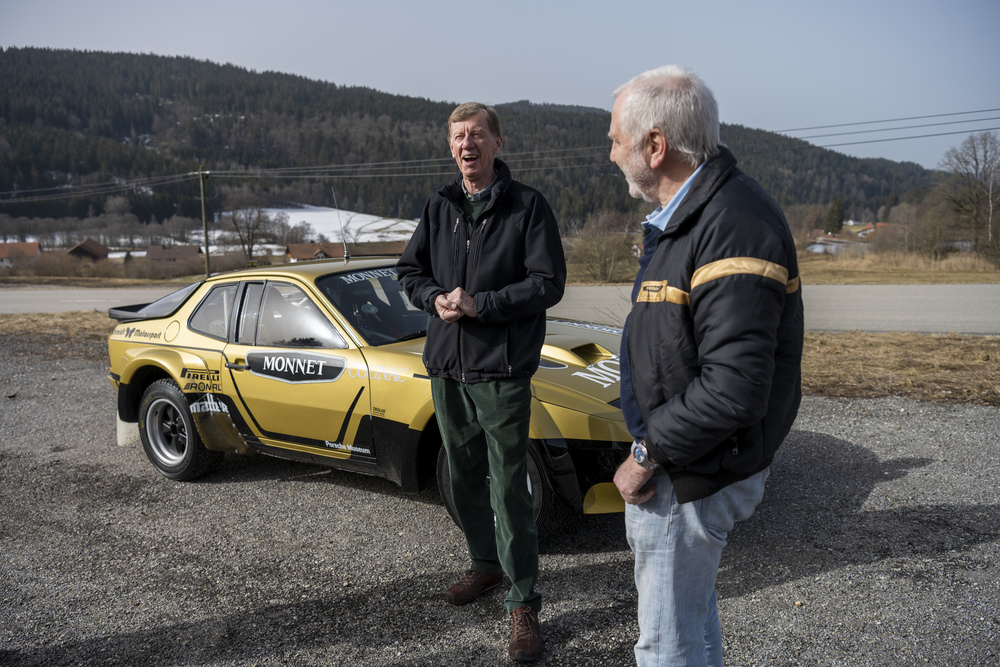 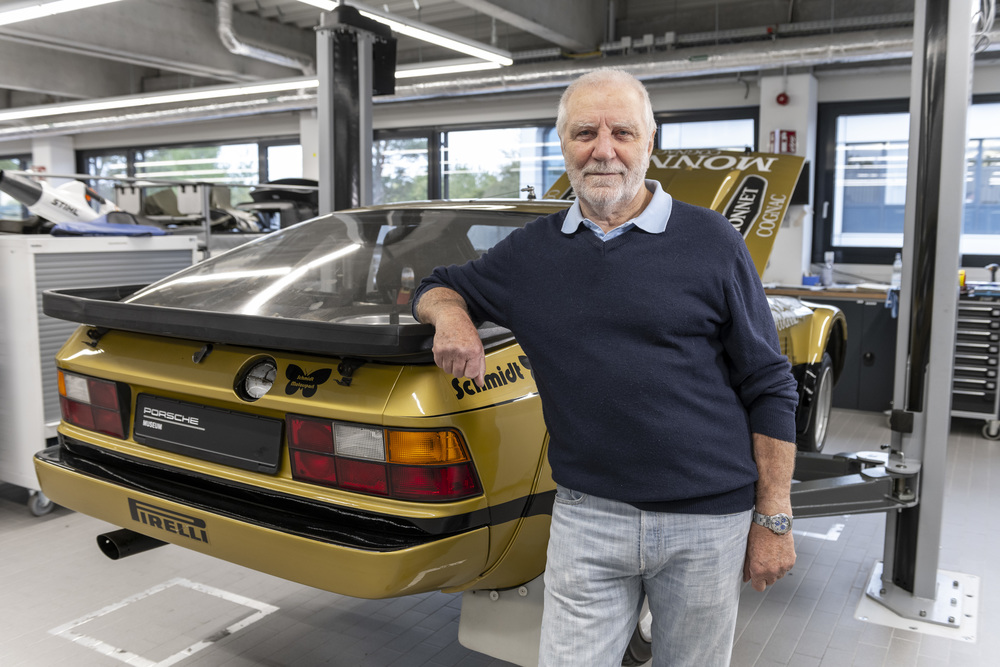 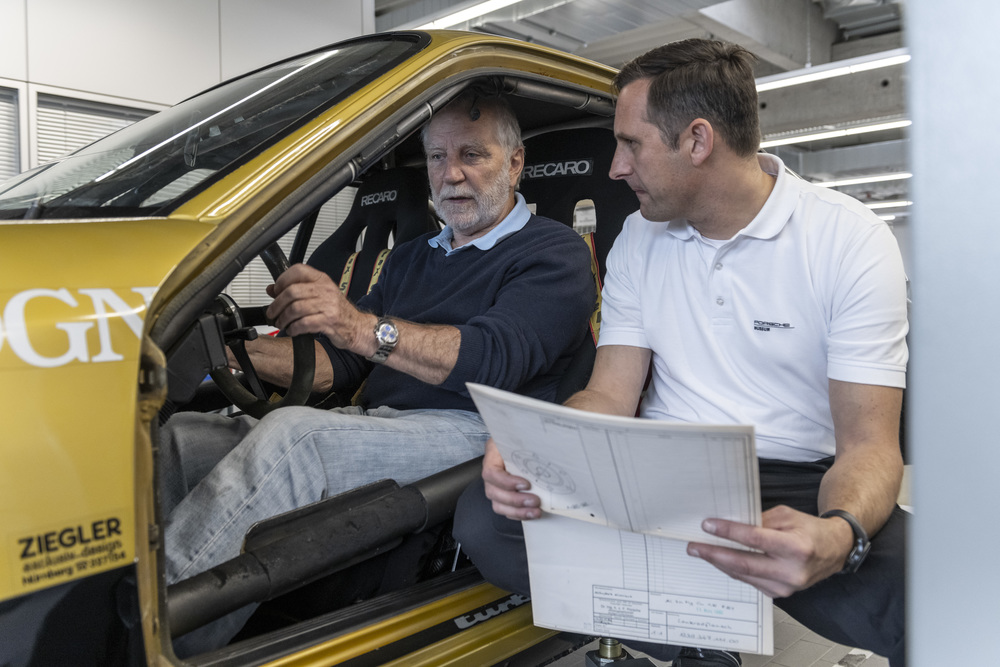 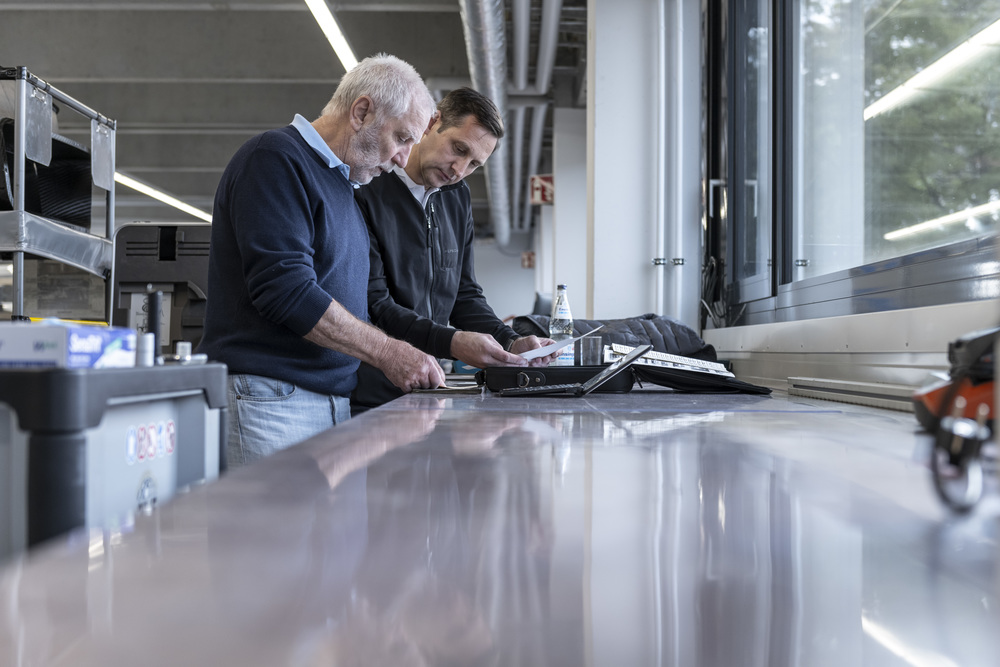 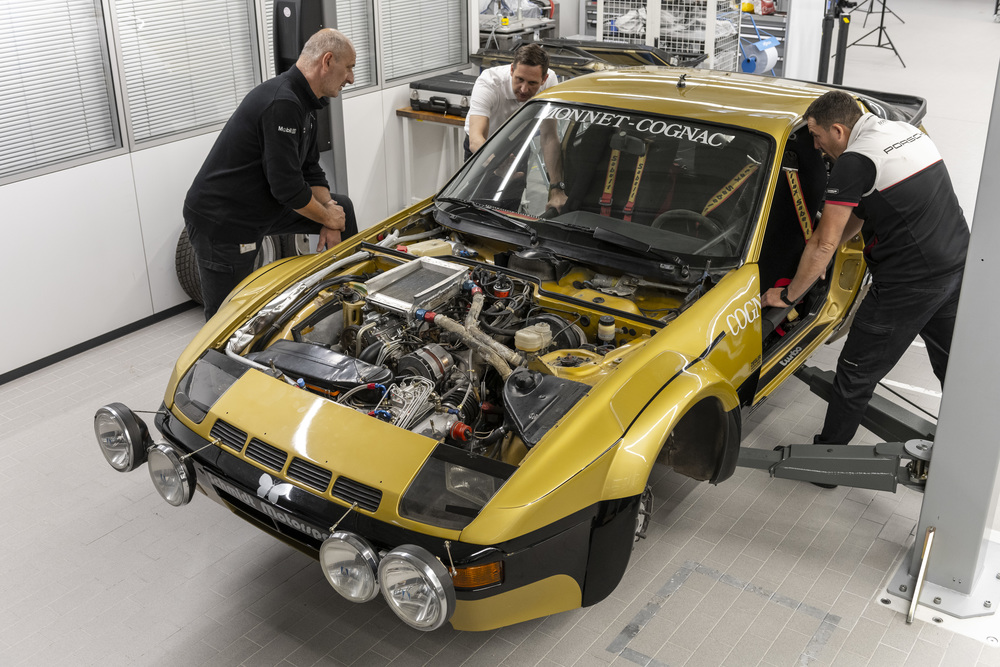 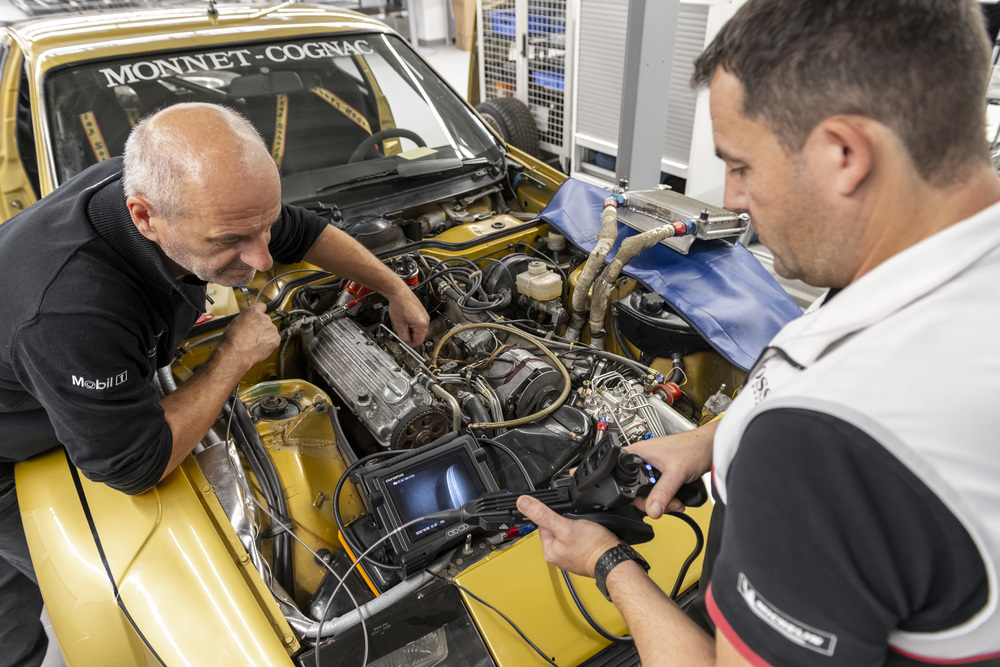 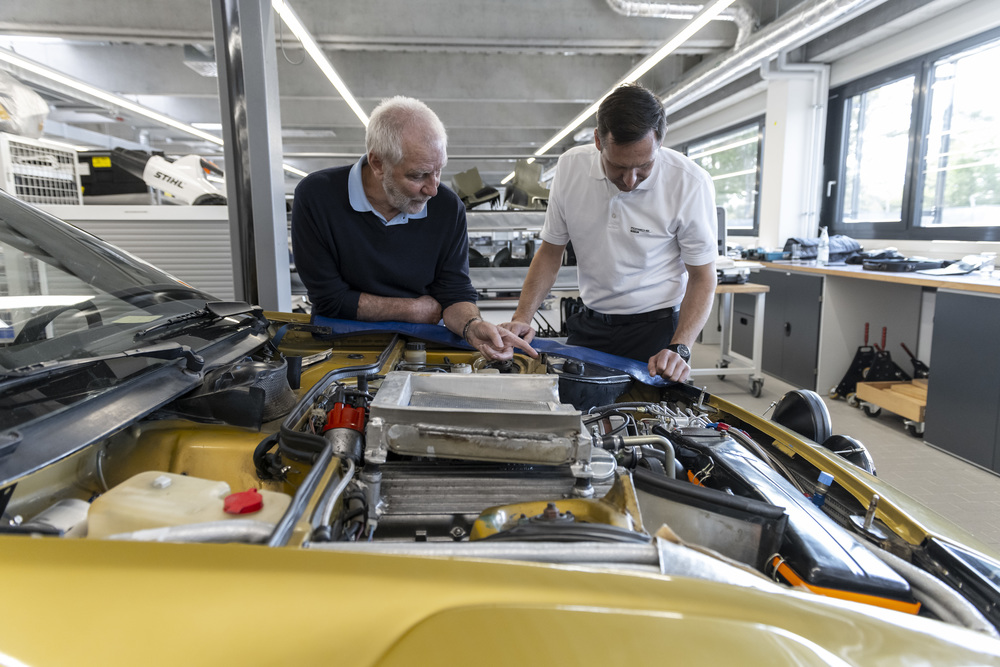 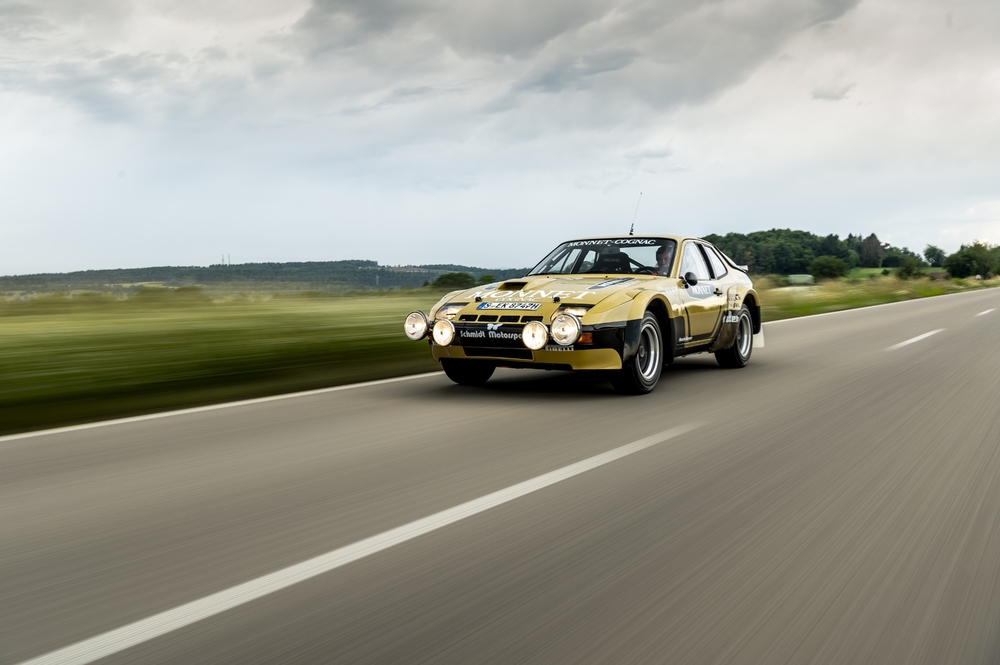 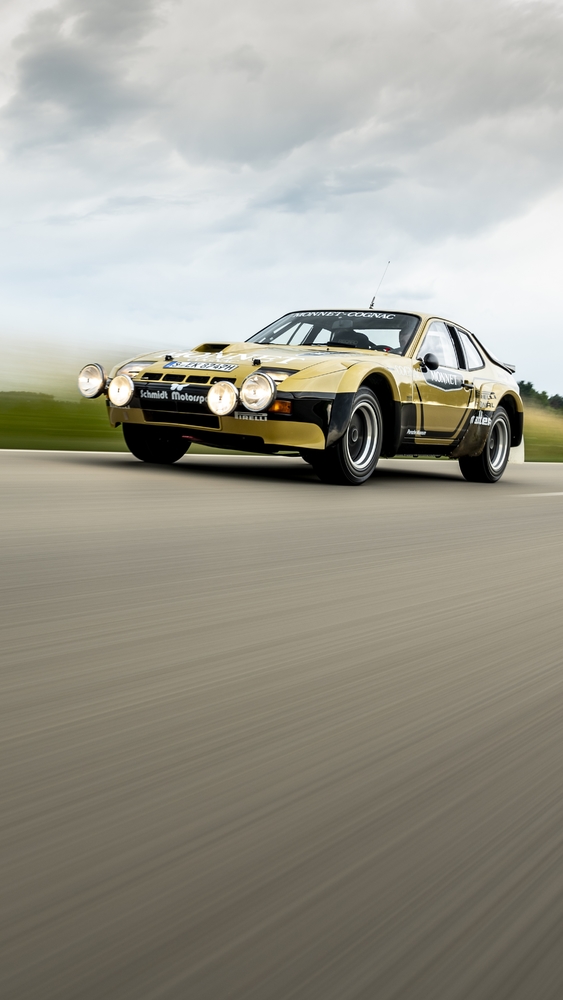 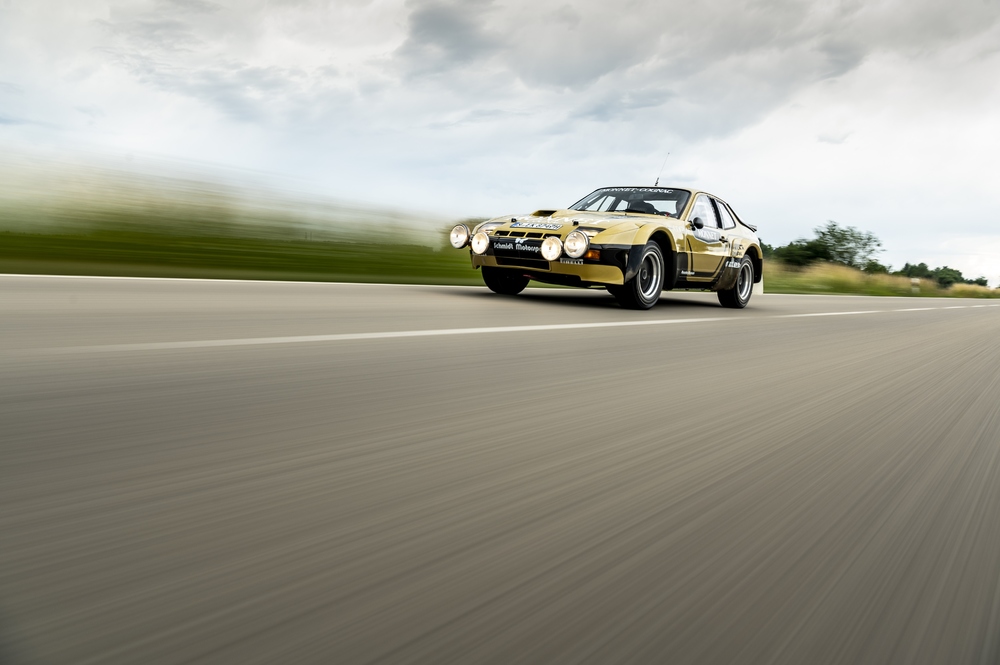 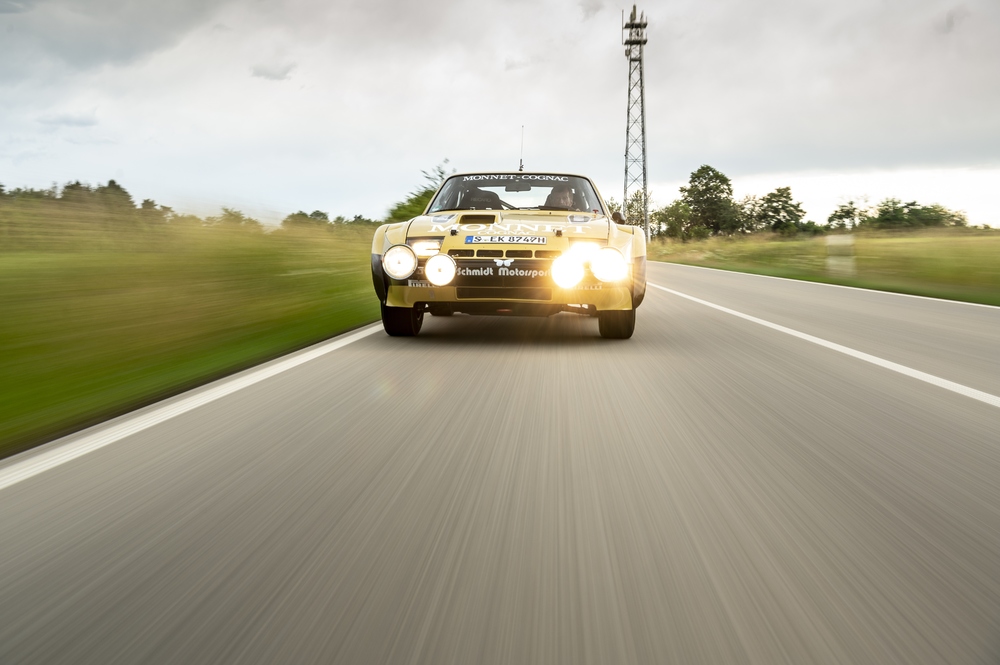 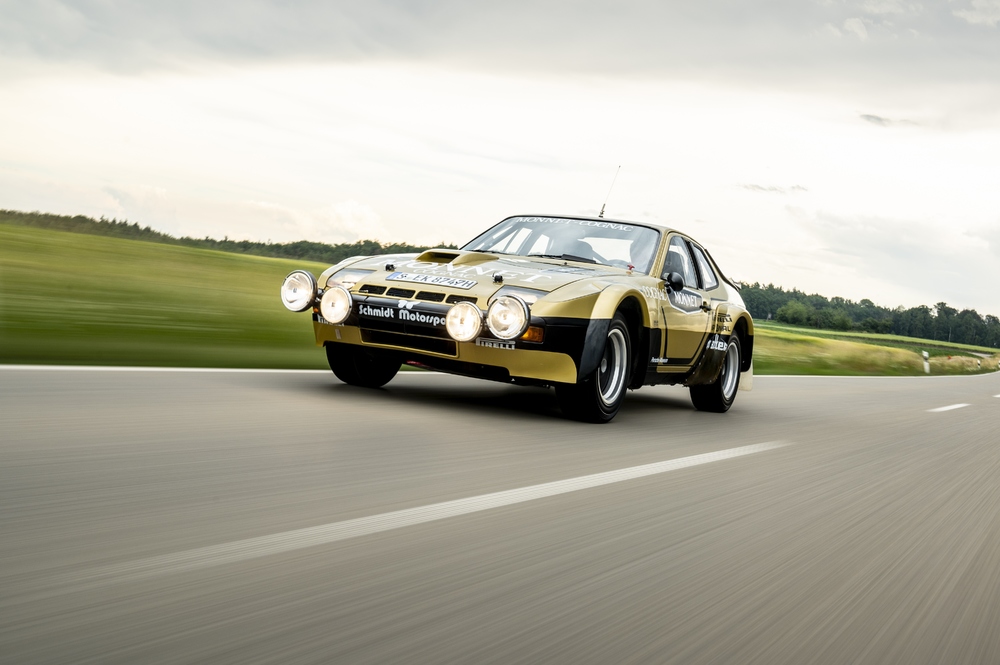 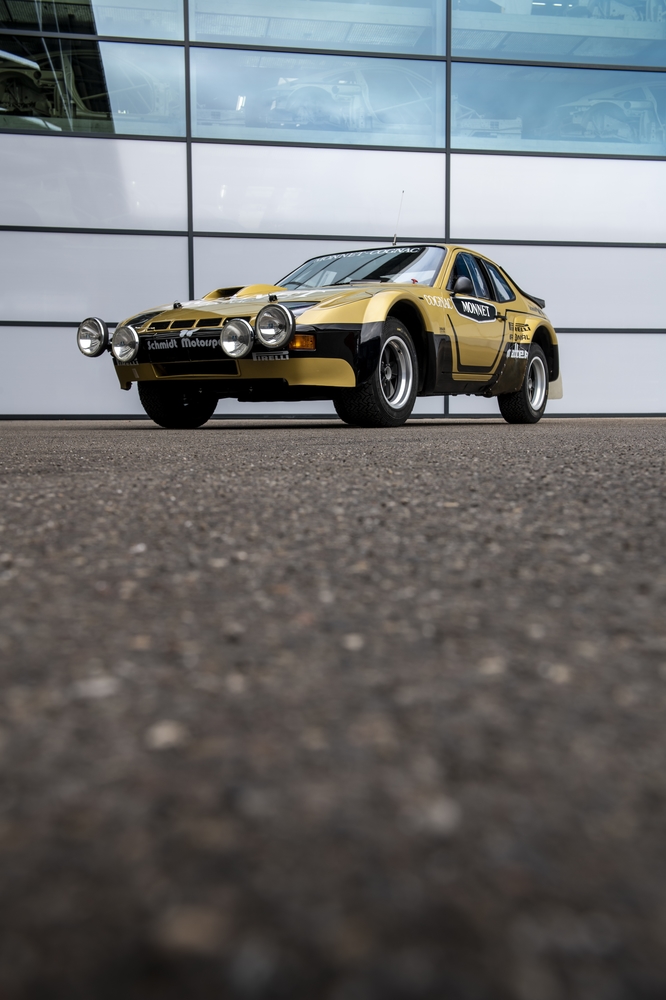 Walter Röhrl and the 924 GTS Rally Reunion after 40 years

Stuttgart . On the occasion of the 40th anniversary of the 1981 rally season, the and Museum department surprised the two-time World Champion Walter Röhrl with the newly restored 924 GTS from back then. Together with his co-driver Christian Geistdörfer, Röhrl achieved four overall victories in the gold-and-black 924 "Monnet" in the 1981 German Rally Championship. It was the first and only rally season that Walter Röhrl competed for .

Vehicle faults caused problems for the team in the first of seven races, the Metz Rally in May 1981, but the performance was still good enough to finish in 2nd place in the overall standings. Röhrl and Geistdörfer were then victorious in the Hessen Rally, and three more wins followed in the Serengeti Safari Rally, Anterior Palatinate Rally and Baltic Rally. In 1982, the “test car 924 GTS” was handed over to the museum. Recommissioning of the museum piece took place in the same location where the car was built 40 years ago: in the historic motor racing department in Weissach. The goal was to preserve the traces of time and the special stages on asphalt and gravel.

Most expensive production of all time

The basis of the rally car, the 924 GTS, was the most expensive car in the model range in 1981 with a price of 110,000 marks, a price tag that also made it the most expensive production of all time up to that point. With the models from the 924 series, proved that the transaxle concept could also be successful in motorsport. The 924 (Type 931) provided the basis for further development. The enhanced 924 GT (Type 937) with 210 PS was presented in June 1980 and was homologated for Group 4. Its more powerful development version was the 924 GTS (Type 939). The standard GTS delivered 240 PS and the Clubsport variant 275 PS, while the GTR designed exclusively for race track use achieved an output of 375 PS. The production runs remained small: between February and April, 50 left-hand-drive 924 GTS were built, all painted in the colour Guards Red. Including all prototypes, a total of 59 cars were produced.

The 924 GTS Rally built on 12 December 1980 was also one of the pre-series vehicles, and was the fifth of nine prototypes built. The installed two-litre four-cylinder turbo engine was also a test unit: it was an engine without serial number that survived a complete rally season without damage in 1981, and still propels the black-and-gold 924 to outstanding performances in 2021. It has 10,371 kilometres on the clock today.
The focus of recommissioning was ensuring complete originality down to the very last detail and also preserving the car’s patina. Even the slightly sun-faded red seat belt harnesses under the large glass dome are still the originals. A large R is embroidered on the harness on the driver side, and the combination CG on the passenger side: Röhrl and Christian Geistdörfer.

The patina must be preserved

Apart from wearing parts, a number of chassis components and the fuel supply system, the existing components were overhauled, rebuilt and installed again without exception during the recommissioning process – from the original 911 brake callipers through to the charge-air cooler with hand-welded housing. An endoscopic examination of the engine and connected KKK 26 turbocharger did not produce any findings, while the gearbox was dismantled and checked for safety reasons, but showed hardly any signs of wear. What is more, the Museum workshop had a race clutch in stock to complete the drivetrain, and the supplier Pirelli also had a set of tyres in the size 255/55 R15 with the tread from the time.

The car still bears the handwriting of those who built it. When carrying out the work, the Weissach specialists were able to call on the experience, know-how and complete vehicle documentation of a former colleague: Roland Kussmaul, test driver, engineer and a rally driver himself, had built the car within two months for the German Rally Championship in 1981, while Schmidt Motorsport from Nuremberg was responsible for service work during the race outings. The special features of the 924 in rally trim included the rear-axle links laminated in glass-fibre plastic as protection against stone damage, thick metal plates on the underbody as protection for the oil pan and gearbox, as well as the fuel distributor from the V8 engine in its big Type 928 relation, which ensured the fuel supply to the engine at high engine speeds. The dry sump for the oil supply was located at the rear and was filled through an opening next to the luggage compartment lock.

“The biggest problem in recommissioning the car,” says Kuno Werner, head of the museum workshop, “was not the technology, but keeping it secret.” The plan was that the 924 GTS should turn up at the front door of the two-time World Rally Champion on his 74th birthday. “But Walter Röhrl knows so many people here that it was difficult to keep the project secret.” But the rally revival was completed successfully: Together with Roland Kussmaul, the team from the and Museum department surprised Walter Röhrl with the roadworthy “Monnet” . “It was a huge surprise for me. I stepped out of the car 40 years ago and haven’t sat in it again since. So I was astonished when Roland showed up all of a sudden in this car,” said a delighted Walter Röhrl. “This car opened the door to for me. That is why I feel a particularly close bond to it. For me, it’s a journey back in time. I immediately feel 40 years younger.”

charging was new 40 years ago. And also unaccustomed, as Röhrl remembers when driving on the roads of his usual route through the Bavarian Forest. “As a driver of cars with naturally aspirated engines, the characteristics of turbocharged engines drove you mad. The turbo lag was enormous. In order to drive out of bends quickly, you already had to accelerate again shortly before the bend and keep the engine speed high.” The newly formed team did not expect that they would really have any chance against the established competition in 1981. Just finishing was the primary objective. “But the car was fast right from the start. At the beginning we had around 250 PS, later also more – but the strengths of the 924 were its handling and traction, not the power. And everything kept working. That is typical for .” The surprise was a great success.