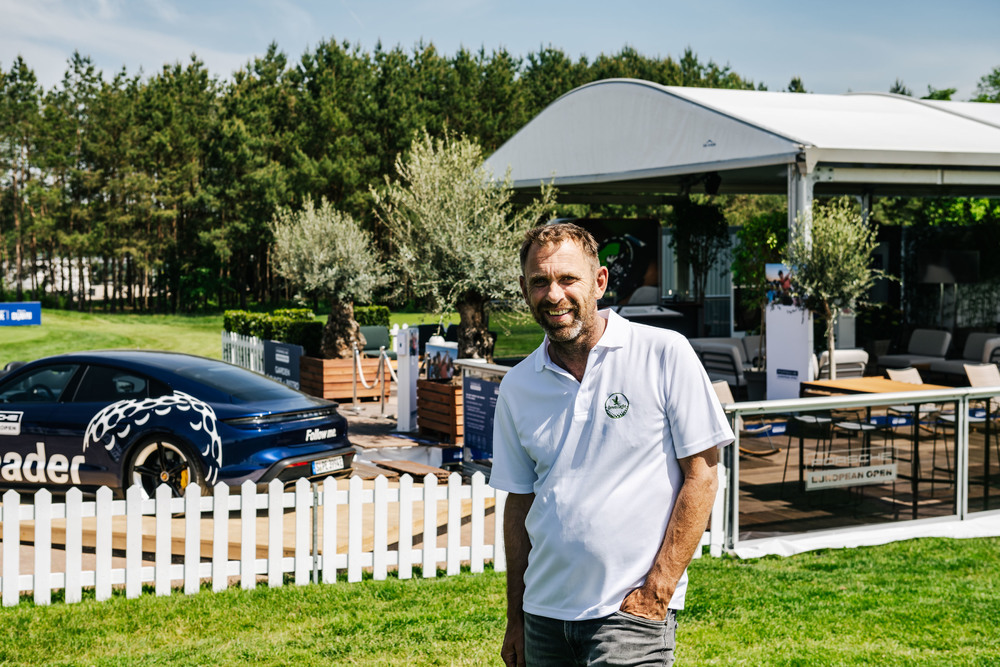 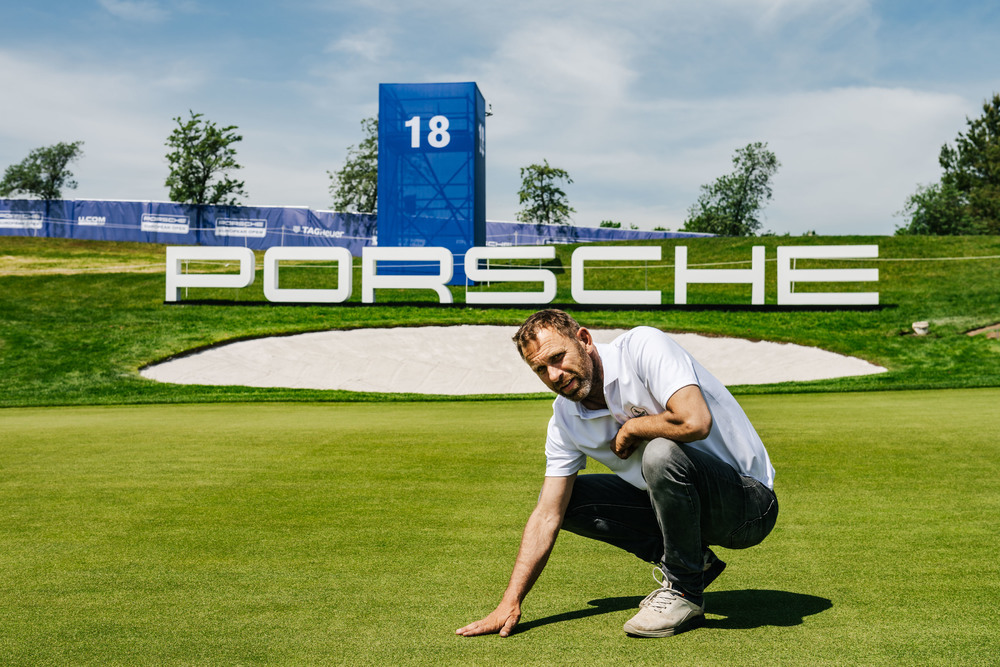 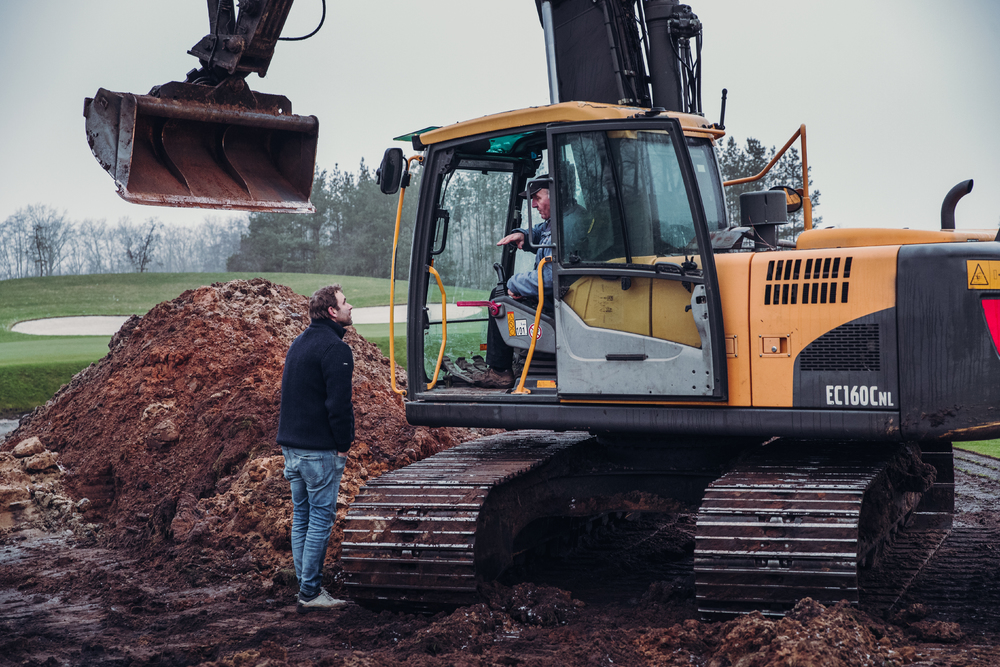 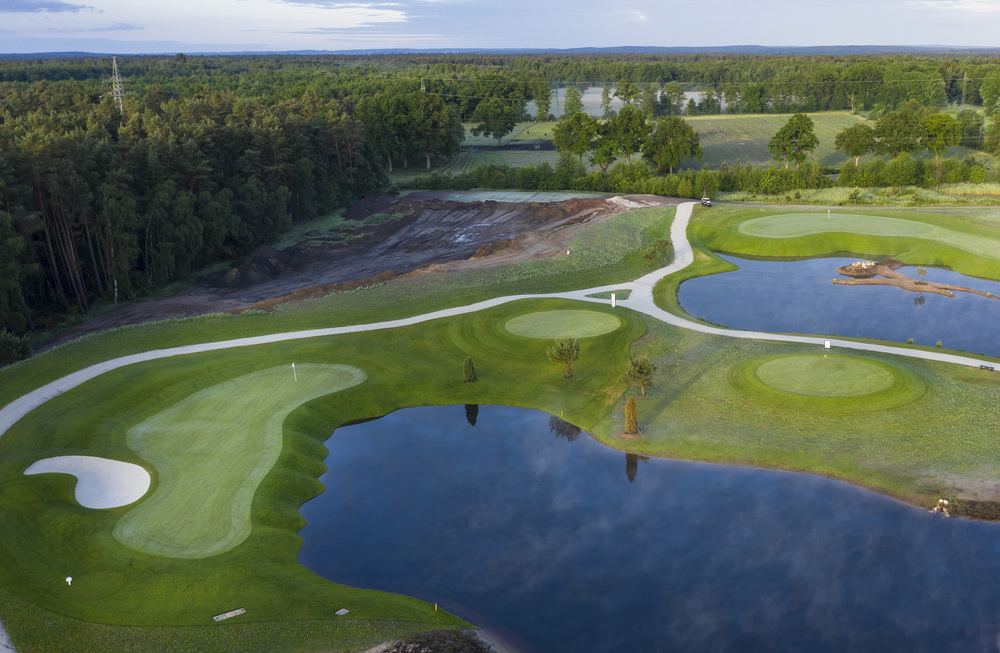 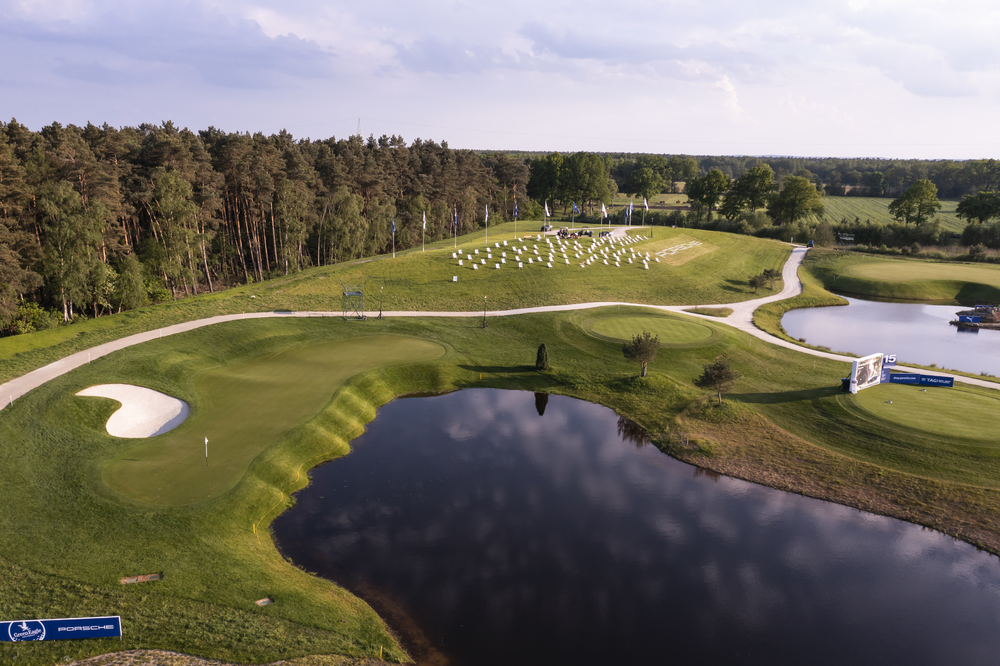 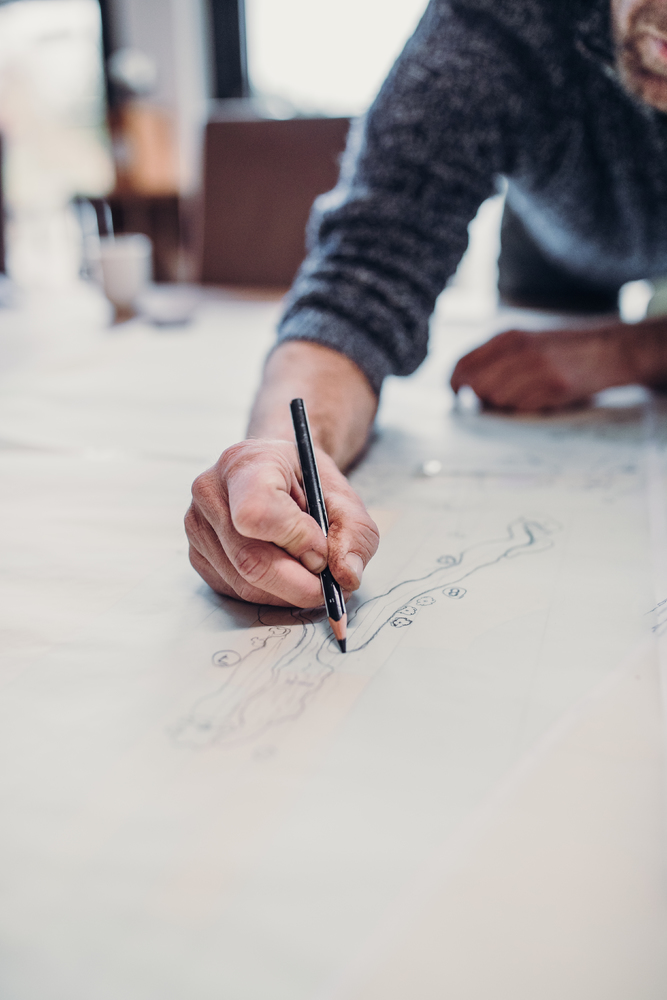 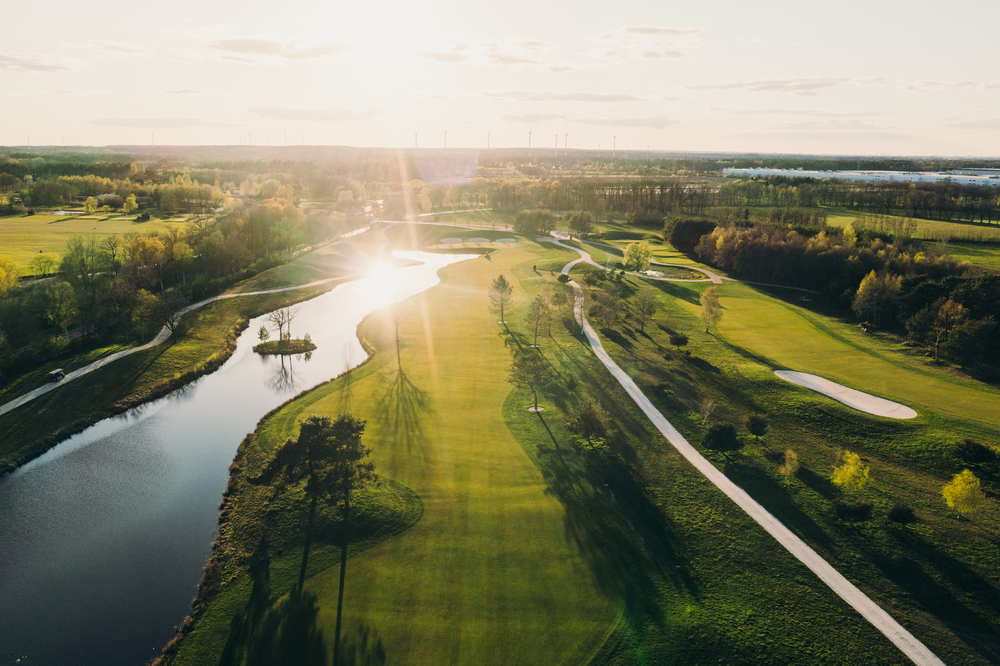 Stuttgart/Hamburg . Michael Blesch is ready. The founder and course designer at the Green Eagle Golf Courses is standing on the 18th green coordinating the final preparations for the fourth staging of the European Open (5 – 7 June) on the Nord Course – a venue that has caused quite a stir ever since its premiere on the European Tour in 2017. It is generally considered to be Germany’s most difficult course, is the longest on the European Tour and amongst the ten longest in the world. The “Green Monster” as rock legend Alice Cooper once called it has in the past few years gained an international community of fans, and not only because of its length measuring 7,057 metres.

“It’s a sign of a fantastic golf course when you can recollect the various holes. Here, it’s pretty easy and a big compliment,” says for example the title-holder Paul Casey when talking about the Nord Course. Michael Blesch is delighted to receive all the compliments that come raining in on him as they are the reward for the tireless endeavours that have gone into reshaping the enormous expanse of heathland in Winsen/Luhe on Hamburg’s doorstep.

He founded Green Eagle Golf Courses along with his partner Ralf Lühmann in 1997. They started with the South Course and the North Course was then added in 2008. Known as the Nord Course since 2018, it stands for a unique and brilliantly designed course that nestles in a juniper and heathland sand landscape. There is its length, the many water hazards that come into play on 17 holes, the spectacular views taking in many holes at one and the same time – and Blesch’s desire to design which explains why permanent change has become the only constant.

Over the years, Blesch has lengthened, optimised, augmented and therefore established its renown amongst the golfing world. He has an intrinsic desire to design. He is basically only satisfied in the final days leading up to the tournament when the playing conditions on the course are perfect and the sun is shining. “This year the 5th and 14th are very exciting holes for me,” says Blesch about the two redesigned Par 3s.

On the fifth, he has brought the water closer to the green and has heaped earth to create natural stands at many places around the course. He has turned the 14th into a real jewel. The hole has been rotated 90 degrees and made about one hundred metres shorter. It also defends itself with a narrow green sloping down at the front to a water hazard. “One of the world’s top Par 3s,” says Blesch. Next to the green, fans should be able – as in many places on the course – to watch the action from the top of a mound and have a view of the holes 13, 14, 15 and 16. Two benches are also standing there. “One of them is mine, the best spot to spectate this year,” he says smiling, “I have to get around to reserving it.”

He has made sure the pros are in store for a number of alternations – Bonsai pine trees, a colosseum on the 18th, a 40-year old pine tree directly in front of the green on the 12th. In total, he has spread 80,000 tons of earth around the course. Blesch is eager to find out what the world class golfers say about everything. “The Nord Course is in better nick than ever before,” says Blesch. But even if no criticism is forthcoming, he will always continue in the same vein. He loves to go out in the yellow digger and shape change, saying: “A golf course is never finished.” No matter how thrilled golfers are.

in golf
has been the title sponsor of the European Open, a European Tour event, since 2015 and has been involved successfully in professional golf with automotive partnerships at tournaments on the Asian and European Tour since 2019. Last year the sports car manufacturer additionally supported the UK Swing with the European Tour’s “Golf for Good” initiative. has also been organising the Golf Cup for more than three decades. The tournament series is one of the company’s most successful customer events. Held in Germany for the first time in 1988, the Golf Cup has developed into an international event at which recently over 17,000 customers competed in 261 qualifying tournaments worldwide. Also highly successful is the Golf Circle, an international and app-based community for keen golf-playing customers that was launched in 2017.